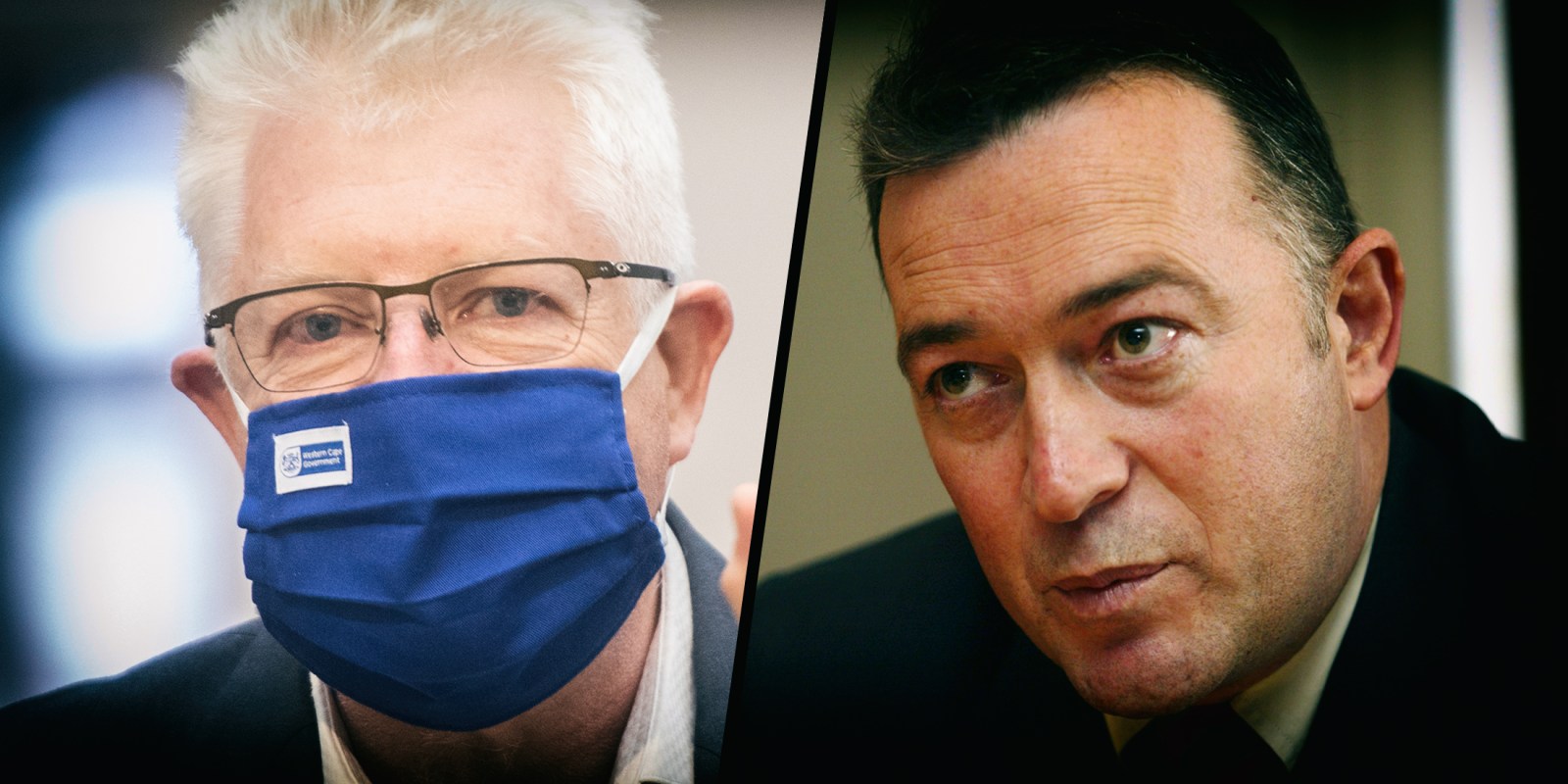 While they may usually disagree, both Western Cape Premier Alan Winde and the leader of the official opposition in the legislature, Cameron Dugmore, agree that a solution needs to be found for struggling Western Cape commuters – and the integration of public transport systems could be an option.

While the Western Cape might be seeking a devolution of rail powers, both Premier Alan Winde and the leader of the official opposition, Cameron Dugmore, agree the integration of public transport systems in the province could make commuting easier for residents.

Winde and Dugmore were guests at the Cape Town Press Club on Tuesday, where they discussed whether or not provinces should be granted more powers.

Devolution of powers to provinces is not a new concept, as in the 2019 national and provincial elections the Democratic Alliance, the party through which Winde governs as premier, called for rail and policing to be devolved into a provincial capacity.

Winde told the press club he believed in federalism and the devolution of power, closer to people. On rail, the premier said, “Quite frankly, we should step in.”

Services from the Passenger Rail Agency of South Africa (Prasa) through its subsidiary Metrorail have been lacklustre in Cape Town, especially on the embattled Central Line, which has been stripped of infrastructure by vandalism, crime and theft.

The fact that the trains aren’t working “drives me nuts”, said Winde.

There were now discussions with the municipalities of Stellenbosch and Drakenstein and the City of Cape Town about a transport authority that could coordinate efforts to change public transport such as rail, bus and taxis.

“I promise you, that’s going to make a massive change in how we deal with public transport,” said Winde.

Dugmore, however, argued for more interdepartmental cooperation, strengthening local governance and using legislation effectively in opposition to federalism. He asked Winde: “What actual powers do you want?”

A transport authority would have “broad support”, said Dugmore, but he would question if this could not happen without granting the province more powers.

Just last week, the Competition Commission said there needed to be better planning from Metrorail, and Commissioner Tembinkosi Bonakele said he would prefer rail to be provided at a “lower level”.

Dugmore told Daily Maverick after the session that a discussion about building metropolitan transport authorities should be had in a non-partisan way, especially in Johannesburg, Cape Town and Durban.

“At the end of the day, you need mobility, you want safe, affordable public transport, whether it’s rail or [other forms of] transport.”

Dugmore said cooperative governance and a transport authority were needed to ensure commuters get around “safely, quickly and affordably”.

Winde told Daily Maverick that it was “embarrassing” that people lived on the rail lines in Cape Town, adding, “We need to fix this.”

“Quite frankly,” said the premier, “we need to have a train system, taxi system and bus system that all work together – that’s what the end goal is.”

But is there a specific timeline both men envision for a transport authority?

While both agreed that this would not happen overnight, Dugmore said he would be taking the conversation about metropolitan transportation to his colleagues in the ANC study group on transport.

“Within the next year I sincerely hope we see some solid movement,” said Winde. However, he cautioned about the impact of the upcoming local government elections which could disrupt talks between his team, Prasa and the national government. DM