Slain by soldiers: Collins Khosa’s death and the failure of the SANDF to embrace cultural evolution 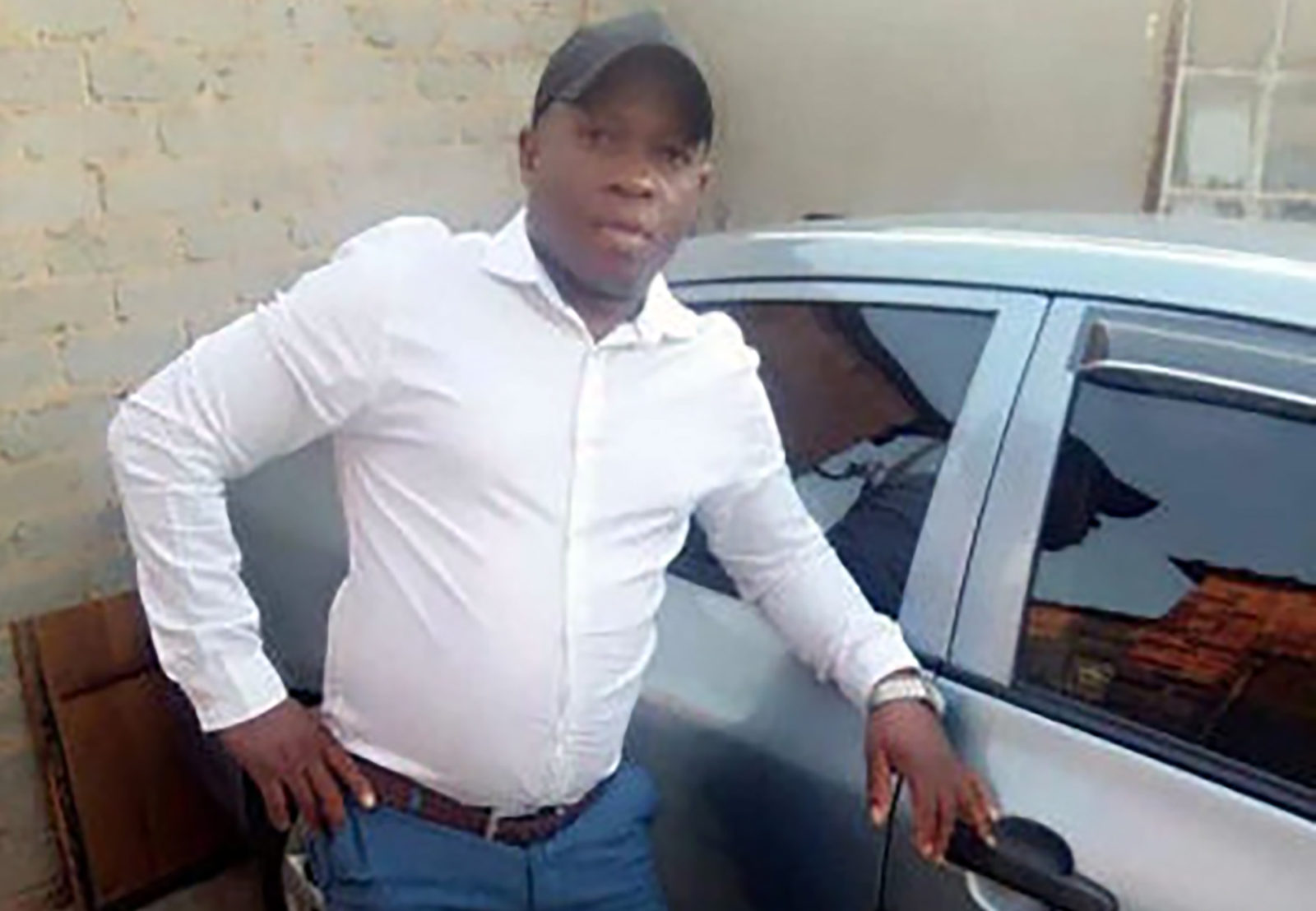 Collins Khosa. The criminal investigation of the SANDF members implicated in Khosa’s death has been finalised and the case is awaiting action from the National Prospecting Authority. (Photo: Supplied)

There is more to the cause of Collins Khosa’s death a year ago than just blunt force trauma to his head. The underlying, deeper, systemic reasons for his death are found at the nexus of culture and leadership within the SANDF. Soldiers have had to retain their ability to manage and inflict violence while becoming more adept at managing people.

Saturday, 10 April 2021, marks a year since the death of Collins Khosa. One of South Africa’s news media outlets recently posted a commemorative documentary depicting the circumstances surrounding his death. The autopsy of Khosa’s body concluded that blunt force trauma to the head is what killed him. Eyewitness accounts strongly suggest this trauma occurred at the hands of South African National Defence Force (SANDF) soldiers, in the presence of members of the Johannesburg Metropolitan Police Department.

The criminal investigation of the SANDF members implicated in Khosa’s death has been finalised and the case is awaiting action from the National Prospecting Authority. However, a report by South Africa’s military ombudsman has already determined the soldiers’ conduct was “improper, irregular and in contravention of the code of conduct, operational orders and rules of engagement”.

There is no doubt that Khosa was assaulted and killed. Constitutional law expert Professor Pierre De Vos asks, “If the soldiers did not assault and kill him, who did?”

There is more to the cause of Collins Khosa’s death than just blunt force trauma to his head. The underlying, deeper, systemic reasons for his death are found at the nexus of culture and leadership within the SANDF.

‘The way we do things around here’

Culture is best defined in behavioural terms: “This is how we do things around here.” Research shows that if organisational culture is prioritised and shaped accordingly, the desired organisational performance will follow. But how should the SANDF do things in a manner that allows it to perform as expected in a constitutional democracy placed under lockdown?

One of the fundamental problems facing all organisations is “how to organise themselves to deal with the environments in which they exist” – a process known as external adaptation. Armed forces are not spared from this challenge. What separates one military from the next is its ability to engage in cultural evolution that involves adaptation to changing external realities and demands.

The end of the Cold War and the intensified globalisation that followed had several implications for the environment in which armed forces are required to operate. These implications were spurred on by the September 11 attacks and the ensuing “war on terror”. Militaries have had to help their governments manage new security threats (some invisible, like Covid-19) while being cognisant of democratic norms and human rights.

The post-Cold War security environment has ultimately brought the soldier and the civilian closer to one another. The military’s operational space has increasingly come to occupy the civilian space. Consequently, the military has had to adopt a different “way of doing things around here”. Soldiers have had to retain their ability to manage and inflict violence while becoming more adept at managing people.

Collins Khosa’s death attests that where the military concerned has failed or is ill-prepared to do so, the consequences can be fatal. Furthermore, they can be damaging to the trust fundamental to the upholding of healthy civil military relations and democratic governance.

While military culture is necessarily hierarchical and authoritarian in nature, the military that serves democratic ends must also embrace a culture that respects the democratic norms governing the civilian space, and the military’s relationship to that space. Such a culture demands respect for, among other things, human dignity and freedoms.

Khosa’s death, although extreme, was not the only example of human rights violation during South Africa’s lockdown.

Rather than revealing this cultural deficiency in the SANDF, Covid-19 and, above all, Collins Khosa’s death serve as a reminder of its existence.

In her 2019 book on South Africa’s post-apartheid military, Lindy Heinecken observes how South Africa’s “peacekeepers are often not equipped or trained to deal with the range of tasks required of them… [often] performed in cooperation with other actors… all with different backgrounds, cultures, and modus operandi.”

Many of these tasks align with the expectations set before SANDF soldiers before their deployment at the commencement of South Africa’s national lockdown in 2020.

Similarly, in March this year, while releasing its report on sexual exploitation and abuse in the SANDF, the chair of a ministerial task team referred to the wider department of defence, citing “an organisational culture that must be transformed”.

William Gumede, in his commentary on abuses by South Africa’s security personnel during the national lockdown, wrote, “the organisational culture of the police and army, which is clearly based on humiliation, aggression and abuse, should be thoroughly shaken up to focus on compassion, human rights and decisions based on common sense”.

The SANDF did not possess, and will not possess for some time, the kind of organisational culture necessary to fulfil the expectations that President Cyril Ramaphosa set before it on the eve of its deployment against Covid-19, and expected of militaries under democratic control in the contemporary global security environment.

Could it be that President Ramaphosa was aware of this at the commencement of lockdown? Is this why he was sure to speak of protecting and supporting people, “mercy mission”, “life-giving mission”, and saving the lives of South Africans?

“This is not a moment for skop ’n donner, skiet and donner,” he said, much to the amusement of SANDF chief, General Solly Shoke. If President Ramaphosa was unaware that the SANDF does not possess the organisational culture required for the kind of work given it during lockdown, why was he unaware?

If he was aware, then his attempt at creating a rhetorical bulwark against the SANDF’s outdated military culture before ordering troops to “go out and execute this mission with great success” was too little, too late. Cultural transformation can be a long-term endeavour that requires resources and commitment. As things stand, it appears both are in short supply in the SANDF.

Collins Khosa is a stark indicator of the fundamental cultural challenge facing South Africa’s defence force – the misalignment between its organisational culture and realities external to the organisation. The outbreak of Covid-19 intensified and tragically exposed this misalignment in the form of Collins Khosa’s death.

‘Everything rises and falls on leadership’

If there is anything more important than culture, it is leadership – defined as influence. Scholars and practitioners recognise that “culture and leadership are inextricably linked”. Leaders grow and develop within specific cultural contexts to a point where, if they possess the necessary insight, courage and skill, they begin to influence and transform the very contexts they developed in or have entered into.

Boris Groysberg and his colleagues have observed, for example, that “the best leaders… are fully aware of the multiple cultures within which they are embedded, can sense when change is required, and can deftly influence the process”. In other words, the failure of the SANDF to adapt its organisational culture to the demands of the 21st century security environment is a reflection of the quality of its leaders.

In light of news reports, scholarly work and based on my 10-year experience as a defence civilian at the South African Military Academy, I can testify that the major challenge presently facing the SANDF is the dearth of effective, ethical leadership.

I share this insight at the risk of offending the more competent and character-led SANDF members.

According to Piet Bester and Carien van’t Wout, “a review of South African news articles… confirms that leadership incompetence manifests itself in various ways in the South African military”.

Abel Esterhuyse has described South Africa’s military leaders as avoiding critique in a manner that protects against responsibility and accountability. This avoidance encourages a culture of impunity within the SANDF. This was evident in the initial inaction of the chief of the SANDF, General Solly Shoke, against the soldiers who assaulted and ultimately killed Collins Khosa.

If the global security environment’s existing traits persist and become increasingly prevalent, and the internal deployment of the SANDF becomes a more frequent occurrence, the kind of men and women leading the SANDF will have to practice a different kind of culture and leadership. This is if we hope to avoid a growing abuse of power by South Africa’s military personnel.

For us to redeem something from Collins Khosa’s death, we must first acknowledge that it reveals something troubling about the institution mandated “to defend and protect the Republic, its territorial integrity and its people in accordance with the Constitution and the principles of international law regulating the use of force”.

Second, and while we wait on justice for Collins Khosa to be done, those in a position to do so must use their power for the equally important task of bringing cultural and leadership reform to South Africa’s armed forces. DM

Craig Bailie lectures Political Science in the Stellenbosch University School for Security and Africa Studies. He holds a Master’s Degree in International Relations from Rhodes University and a certificate in Thought Leadership for Africa’s Renewal from the Thabo Mbeki African Leadership Institute. He is currently pursuing a doctorate in Strategic Leadership from Regent University in Virginia, US.