Internecine politics: Internal ANC battles in Gauteng may be the start of a vicious cycle 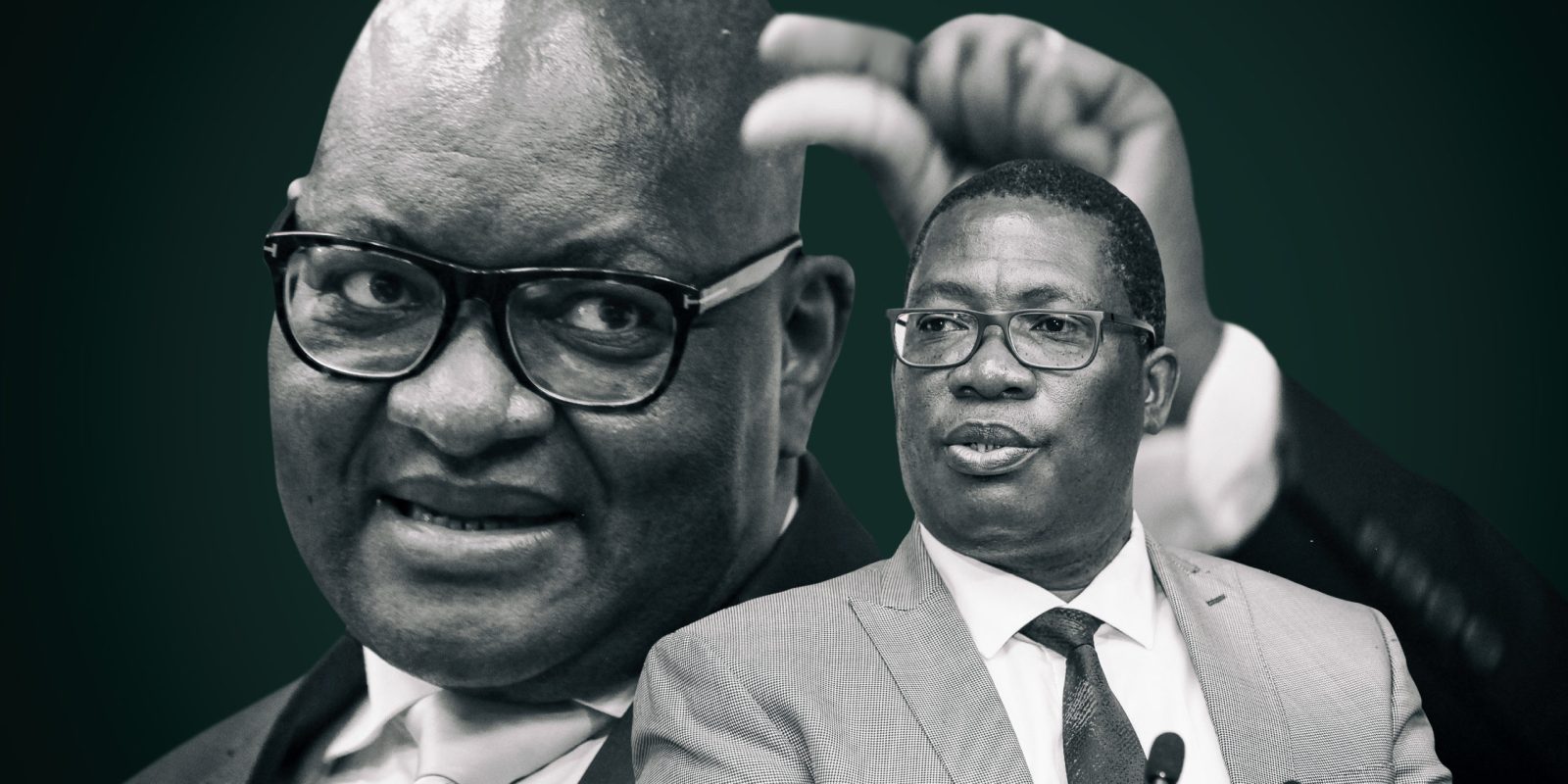 There is now growing evidence of a dynamic within the ANC in Gauteng which could result in more divisions coming to the surface in the near future. At the same time, the province is an important indicator of how ANC leaders can react when they are under extreme pressure.

The way that the ANC in Gauteng reacts could be a harbinger of how the party as a whole would react should it find itself in a situation in which its hold on political power becomes tenuous, or should it come close to losing an election.

Over the Easter weekend, the City Press newspaper reported on a recording of a meeting that Gauteng education MEC Panyaza Lesufi held with departmental officials last year. In the meeting, he appears to be instructing them to ensure that when it comes to tenders, everyone is satisfied. It seems that he also tells them to work through “Mashishi” to ensure that people get tenders.

“Mashishi” is a reference to Abram Mashishi, leader of the SA National Civics Organisation, Sanco, in the Greater Tshwane region.

Mashishi has since denied that he received tenders from Lesufi through this meeting. But he has also said that, as a business person, there is no reason for him not to get tenders to supply services to schools, as he is not an employee of the state.

This report comes after an earlier Daily Maverick Citizen report revealing that the Gauteng education department, under Lesufi’s leadership, spent R431-million on sanitising schools, when there was no need for this procedure during the hard lockdown. Many of the companies that received payment had no track record of doing this kind of work, either.

It is important to note that Lesufi is not just the Gauteng education MEC, but is also the deputy chair of the ANC in Gauteng.

This makes any decision on his future very difficult for the premier (and Gauteng ANC leader) David Makhura. Any move here will affect the balance of power within the Gauteng ANC.

But it may threaten much more than that.

Before 2017, when Jacob Zuma was president and Gauteng voters showed their displeasure with the party as a whole (it lost control of Jo’burg and Tshwane in 2016) the Gauteng ANC gave the impression it was trying to prove the ANC “could reform”.

It helped that its leaders were opposed to Zuma, and were able to say so in public.

The approach followed by Makhura and his allies worked: he gave the impression of being above corruption, of acting against it, and generally trying to improve governance. As a result of that offensive, and the personal approval of the then new ANC leader Cyril Ramaphosa, the ANC was able to retain Gauteng in the 2019 elections.

However, the margin of victory was incredibly close. It was so close, in fact, that should the party lose just one seat in the Gauteng legislature, the other parties would be able to win a confidence vote, forcing Makhura out.

All of this has put the Gauteng ANC under intense pressure.

It is the kind of pressure that the national ANC could one day face, should it continue to lose support across the country. (Imagine, instead of the party sitting on 58% of the vote, it was sitting on just 52%.)

This makes the situation in the Gauteng ANC very important – it’s a possible harbinger of our future.

It is entirely possible that what is driving this, is, in fact, the fear of losing power itself – that some might believe they are “running out of time to eat” and thus need to control government resources now, while the party is still in control of the province.

While it might have been expected that the pandemic was a good chance to show that the Gauteng ANC could properly govern through a crisis, it appears, in fact, that the opposite happened.

First there was the PPE scandal, which eventually cost health MEC Dr Bandile Masuku his job.

This scandal also drew in presidential spokesperson Khusela Diko, through her husband, Chief Madzikane II Thandisizwe Diko. (He has since died.)

Then there are the two elements of the claims against Lesufi – the decontamination scandal and this recording.

All of this suggests there is fertile ground for corruption within Gauteng, a suspicion that may be confirmed by the latest reports around Lesufi.

But it is not just this: it is also that there is now evidence of deepening divisions within the provincial party. There have been reports that a grouping clustered around human settlements MEC Lebogang Maile may be trying to oust Makhura and Lesufi.

This may well be what Lesufi is hinting at, when he says the recording is the work of people who are trying to tarnish his name.

This would suggest, then, that some people in the ANC are willing to damage the party in their quest for personal or factional power.

All this, while the Gauteng ANC is just one seat away from losing power entirely.

The importance of this is huge – it suggests that under this sort of extreme electoral pressure, the quest for resources and the importance to a faction of “winning” at the expense of the other may still be more important than the party winning overall.

It is entirely possible that what is driving this, is, in fact, the fear of losing power itself – that some might believe they are “running out of time to eat” and thus need to control government resources now, while the party is still in control of the province.

This suggests that the more electoral pressure is placed on the party, the worse the in-fighting could get.

To put this another way: up until now, political power has been a very strong glue helping to bind the party together, despite massive ideological differences between its members and factions. Now, the threat of losing that power could weaken the adhesive nature of the glue – it becomes less sticky and so unable to keep the party together.

It is also worth remembering what happened to the ANC in the Western Cape, after it lost power there in 2009. It has simply not been able to operate as a cohesive political force ever since. Instead, we have seen a provincial secretary being stabbed in the neck during a political meeting, and another leader, Marius Fransman, eventually being forced out for sexual misconduct.

This indicates the party is not able to seriously contest for power in the Western Cape at this moment, over 10 years later. In fact, during the 2019 elections, it did not even field a candidate for the premier as it did not want to make divisions within the provincial structure even worse than they already were.

Of course, a lot has to happen for the Gauteng ANC to get to this point. Not least the fact that the main opposition parties appear unable to gain traction and would need to work very hard to attract voters. But their very weakness, and the situation in the Gauteng ANC, could well draw other political players, such as Herman Mashaba, into the field.

It also appears true that, as the ANC has lost considerable power across the country as a whole, the disputes within it have simultaneously grown more intense. The current tension between its president and its secretary-general, Ace Magashule, is a case in point.

It may well be that this is a symptom of a similar dynamic – the fight for resources and power becomes so intense that the damage to the party becomes greater, which makes it weaker.

And so the vicious cycle continues. DM