On the ball: Cristiano Ronaldo closes in on another scoring record 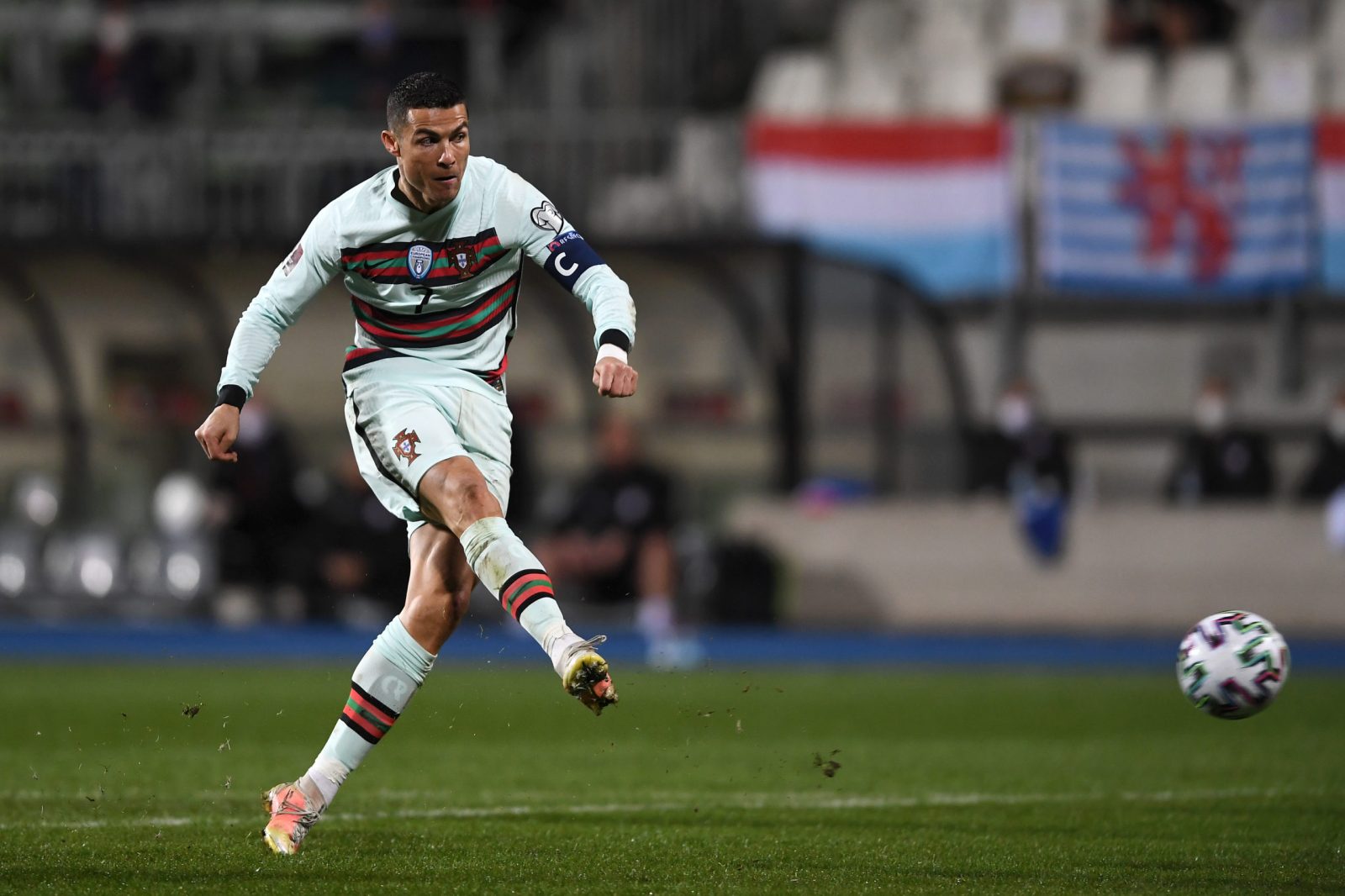 The Portuguese legend is now only seven goals away from becoming the record scorer in men’s international football.

Five-time Ballon d’Or winner Cristiano Ronaldo edged closer to yet another milestone as he scored his 103rd international goal in Portugal’s World Cup-qualifying match against Luxembourg.

After being denied a legitimate added-time winner as Portugal drew with Serbia in Belgrade a week ago, to his visible frustration, Ronaldo bounced back in typical style as he helped Portugal to a hard-fought 3-1 win over Luxembourg.

The 36-year-old added to Diogo Jota’s first half five minutes after the break by tapping in a João Cancelo cross. The Juventus forward now has 103 international goals. This means he only needs seven more goals to dethrone former Iranian striker Ali Daei of the title of record scorer in men’s international football. Daei netted an incredible 109 goals during an international career that spanned more than 16 years and 149 games.

The victory sees Portugal top Group A, level on seven points with Serbia, but ahead on goal difference.

Following Ronaldo’s temper tantrum against Serbia that saw him walk off the field in a huff after throwing his captain’s armband to the ground, some were calling for him to be stripped of the captaincy, saying his behaviour was unbecoming of someone who was supposed to lead by example.

“What happened was a moment of great frustration that could have happened to me. Frustration of someone who always wants to win, who gives everything for the national team. It happened to him; it could have been someone else,” said Santos.

“He was the first to recognise that he should not have done it. He will be captain, for sure.”

The Red Devils, as the Belgian national team are affectionately known, took Belarus to the depths of hell as they brushed them aside in a comfortable 8-0 victory.

Despite many of their star players such as Kevin De Bruyne, Romelu Lukaku and Youri Tielemans starting from the bench for the fixture, the Belgians still had enough firepower to blast the Belarusians away with minimal effort.

Fringe players Hans Vanaken and Leandro Trossard were granted an opportunity to shine in the absence of the usual constellation. The pair repaid coach Roberto Martínez’s faith in them by netting a brace apiece on the way to the romp in Leuven.

The victory leaves them three points ahead of the second-placed Czech Republic in Group E, who lost 1-0 to Wales in Cardiff in a match that finished with 10 men on each side.

Prior to the emphatic statement on the pitch, the Red Devils joined in the footsteps of Germany, Denmark, Norway and the Netherlands in staging a protest over alleged human rights transgressions, particularly towards migrant workers, in the 2022 World Cup host nation, Qatar.

Croatia’s coach Zlatko Dalić had come under pressure from fans and media after his side suffered a surprise 1-0 defeat to Slovenia in the opening round of matches. This win was crucial in alleviating some of that pressure.

“I tried to inject some fresh blood into the starting line-up, but in the second half I had to bring on players who were supposed to get some rest,” Dalić told Croatia’s Nova television. “I am well aware we’re not playing at the level we should be doing and we now have to prepare ourselves for the Euros. We have plenty of work to do, but we will get better and fitter in time for the tournament.”

Russia fell 2-1 to Slovakia, who moved to within a point of the Croats in Group H.

The Netherlands kept within touching distance of Group G leaders Turkey after they won 7-0 in Gibraltar.

The on-form Turks drew 3-3 with Latvia, with the Dutch capitalising on this to close the gap between the two nations to just a point.

Frank de Boer’s team were far from their best, but got maximum points after taking a long time to break down their minnow opponents, who were playing in front of a home crowd thanks to Gibraltar’s successful coronavirus vaccine programme.

There was also a victory for Norway, who beat Montenegro 1-0 to bounce back from a 3-0 defeat at the hands of Turkey in their previous game. DM168