CapeNature tries to solve the mystery of the Dyer Islan... 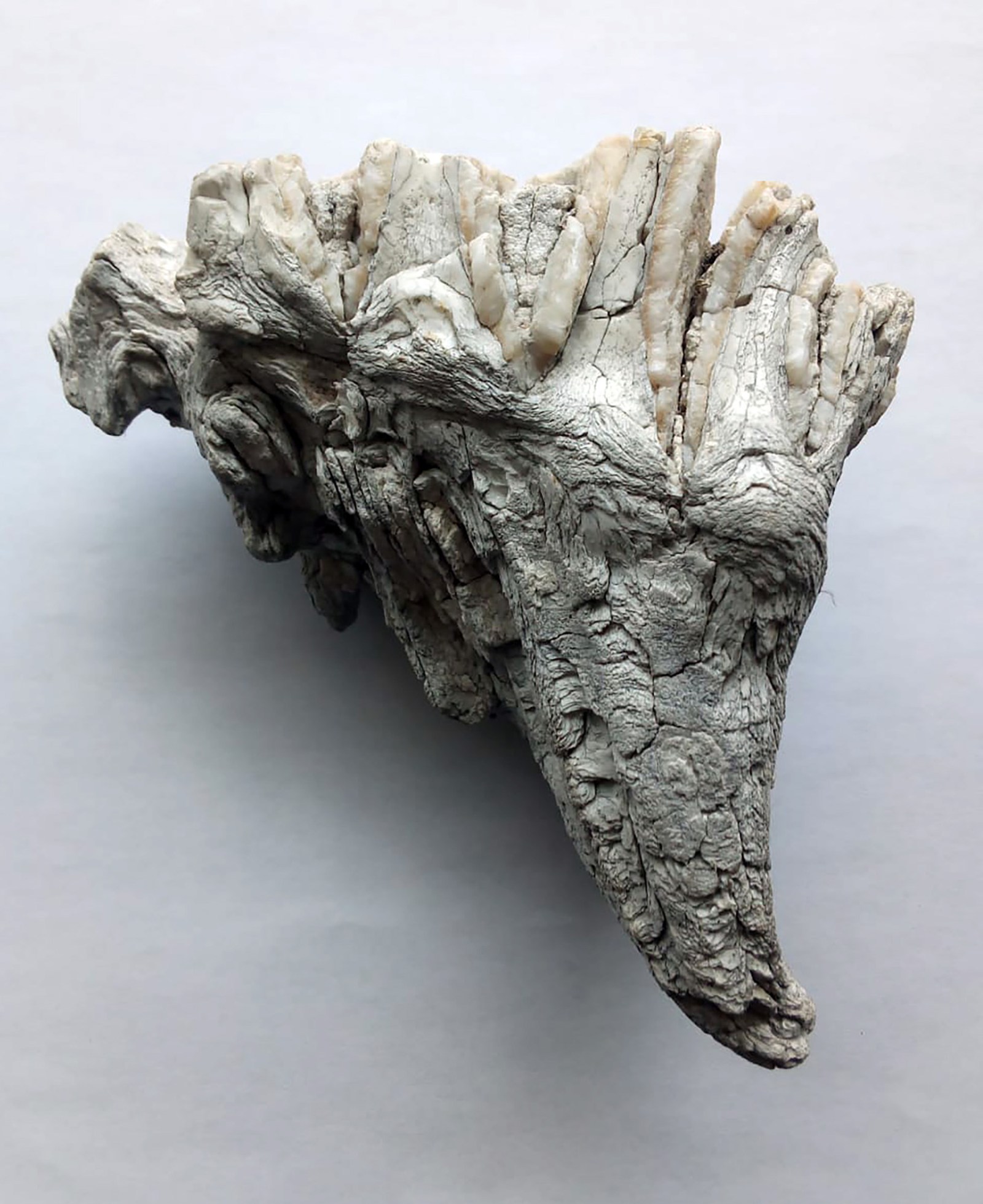 While on a routine trip to Dyer Island off the Western Cape coast, Andrae Marais, the CapeNature conservation manager at Walker Bay Nature Reserve, spotted what appeared to be elephant molar teeth.

Had he not been “looking for loose pieces of metal”, which he thought might be harmful to the thousands of seabirds living on the island, he would have missed them.

Marais’s discovery, on the morning of 3 February, has sparked several questions about how the teeth landed on the 20ha island 8.5km from Kleinbaai harbour in Gansbaai, and about 4km offshore.

The molars, Marais said, looked “out of place” on the ground. Slightly fragmented, they were lying out in the open, right on the surface of the soil, he told DM168.

Not knowing what the fragment was, Marais picked it up and took it inside to ask his colleagues what they made of his weathered discovery.

Marais soon recognised that the object’s “distinct shape” resembled the teeth on the remains of an elephant skeleton found at De Mond Nature Reserve some years previously.

The molars, all remarkably intact, were being kept at the Walker Bay Nature Reserve office in Hermanus, said Marais.

CapeNature is investigating Marais’ discovery to confirm they are elephant molar teeth, but preliminary evidence indicates they are from the African savanna elephant, according to Prof Graham Kerley, professor of zoology and the director of the Centre for African Conservation Ecology at Nelson Mandela University.

The enamel pattern suggested that the teeth belonged to the African savanna elephant, Loxodonta africana, and not to the extinct African Elephas species, said Kerley, after DM168 sent him a photograph.

The enamel plates on top of the teeth “are quite indented on the edges” and made a distinct diamond shape, said Kerley. The Elephas, in comparison, had “parallel plates”.

“So we can confidently say that it is actually the [African] savanna elephant,” said Kerley.

The species, which is thought to have emerged about three million years ago, has been widely recorded in the Western Cape, so it was “not a surprise” to find elephant remains in that area, he said.

According to Kerley, there are four possible scenarios that could have led to the teeth being on Dyer Island.

The most plausible explanation was that when conditions became cooler during the glacial periods and sea levels retreated, it could have allowed large land mammals such as elephants to simply migrate across an exposed coastal plain to the island.

Kerley’s scenario was supported by Dr Hayley Cawthra, the chief scientist at the Council for Geoscience and an expert on the Palaeo-Agulhas Bank. “Around 18,000 to 20,000 years ago, following the Last Glacial Maximum, reduced sea levels exposed a broad coastal plain, referred to as the “Palaeo-Agulhas Bank”, Cawthra said.

The Palaeo-Agulhas Plain, now referred to as the Agulhas Bank, was variable in width, she said. Off the coast of Gansbaai, the Agulhas Bank is about 25km to 40km wide, meaning that area of land could have been exposed when the sea level dropped.

The implications of this was that animals could have lived on that landscape when it was exposed, said Cawthra.

“Elephants have been on the Cape South Coast as far back as 140,000 years ago.” This was evident from the “elephant footprints or trackways preserved in coastal rocks”, she said.

According to Cawthra, the base of Dyer Island is only about 10m below sea level, “so it was probably very easily connected to the mainland”, making it possible for elephants to live on the island.

The molar teeth would need to be dated to find out when the elephant was alive and to help determine how the teeth came to be on the island, she said.

According to Kerley, another theory is that rising seas could simply have caused the elephant carcass to be washed out from the mainland and be deposited on the island.

Another less plausible option could be that elephants, being fairly strong swimmers, swam out to the island, said Kerley. The least plausible option, he said, was that someone may have found the elephant molars and placed them on Dyer Island.

“Maybe what this fossil does is it makes us think a bit differently about our current baselines of what these landscapes should look like,” said Kerley. “They weren’t always full of houses and tarred roads … they were really spectacular landscapes with this impressive African fauna.”

With a limited budget to invest in archaeology in South Africa, it was important that people preserve discoveries such as this, Kerley concluded. DM168