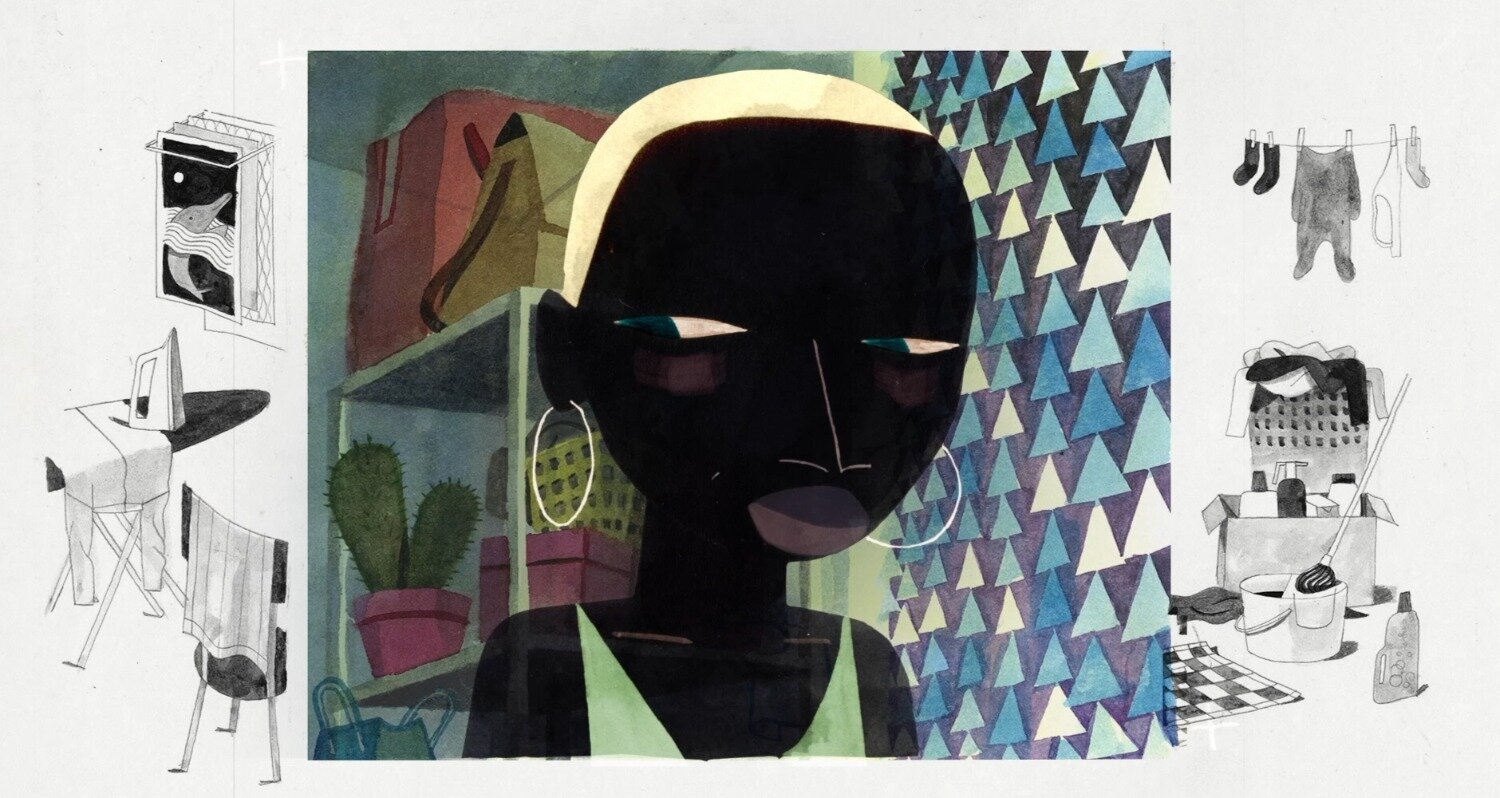 With the 2021 Academy Awards coming up later this month, take a look at the five nominations, the fan favourite, and the underrated underdog for Best Animated Short Film.

Animation is a flexible medium with limitless potential for expression. The Oscar nominations for Best Animated Short Film (one of the most unpredictable categories) are an interesting reflection of the spirit of the times (often more so than those for Best Animated Feature, which are typically dominated by Disney and Pixar).

So it is worth noting that in the year following the pandemic’s announcement, all five nominations for Best Animated Short Film focus on the benefits of unity in a fractured world. We’re taking a look at the contenders, the fan favourite, and the underrated underdog.

If Anything Happens I Love You

The favourite this year is Netflix’s first animated short If Anything Happens I Love You. The 12-minute 2D-animated film is a bittersweet tearjerker about a middle-aged suburban American couple struggling to carry on together after their daughter was murdered in a school shooting.

The film is animated by an all-female team with bold monochromatic hand-drawn watercolour, inspired by the 2001 Academy Award-winning Dutch short Father and Daughter. It plays with contrast to distort form, prioritising stylish visuals with fewer frames rather than sleek computerisation. Shadows are characters of their own that drive the narrative of the story.

The film begins with the pair sitting opposite one another passively, separated by the great gulf of their loss. Their shadows hang over them, tortured impressions of their inner turmoil that silently shout and argue until they collide into a puff of smoke.

All that remains to bring them joy are the bittersweet memories they share of their daughter, the only colour that remains in their lives. As we relive these wordless tender recollections, we float into a tear-jerking nostalgia as their touching sweetness ominously builds until it reaches the end – the zenith of the couple’s pain.

If Anything Happens I Love You does not commit to positivity or sadness. Sometimes it’s a cliché feel-good film and sometimes it’s a melancholy tribute to lives lost to gun violence, with a powerful message about a sensitive subject. Its sincere poignant ambiguity is perhaps best likened to that of the famous Alfred Lord Tennyson quote, “t’is better to have loved and lost than never to have loved at all”.

If Anything Happens I Love You is available on Netflix.

It follows the hallucinations of Reine, a loner in a dark place in her life, whose mind is loosely hinged, as she traverses the city over an unknown period of time. We don’t know exactly what’s going on with her, indeed she seems a little confused about it herself, as her reality blurs together with trippy swirling illusions.

Evens’ confident graphic style is absolutely breathtaking. There is a crawling movement that simmers under some scenes but also a stark powerful stillness in others. Unnerving dissonant soundscapes and explosive colour paint the chaotic stream of consciousness we experience.

As each disjointed scene somehow morphs into the next, you might expect to become frustrated by a lack of narrative, but you are too busy revelling in the disconcerting beauty of each symbolic mirage. After all the eerie disarray, the film ends with a ruminating softness that is left open to interpretation, but leaves a slightly gentler taste in the mouth.

Genius Loci is an experimental artwork made film, aided by soft-spoken poetry, an eerie score and evocative abstract animation; it’s risky and underrated, but it would definitely be deserving of the Oscar.

Full movie available on YouTube via the link above.

Yes People (Já-fólkið) is a silly eight-minute 3D-animated Icelandic short about various characters in an apartment block, depicting the charm of mundane life. There’s a jolly, typically Scandinavian quirkiness to the humour. All the dialogue comprises the same word: já (yes) so intonation and context are what ties it all together.

Full movie available on YouTube via the link above.

Pixar’s Burrow is considered the competition for If Anything Happens I Love You.

It’s a six-minute hand-drawn “cutsie” short, reminiscent of children’s books like The Wind in the Willows, which follows a rabbit’s attempts to build the burrow home of her dreams. Too embarrassed to ask for help from her industrious neighbours, she goes it alone and digs herself deeper and deeper into a hole in search of isolation and peace. The film is very much child-orientated, but it does hold a valuable lesson about learning to ask for help from others.

Burrow is available for viewing in cinemas, shown before the new Disney film Soul, or on Disney+.

Opera is a surreal nine-minute 2D film animated with inspiration taken from Renaissance fresco mural paintings. It examines the restlessly churning butterfly effect of the machine of human society, with all its beauty and madness.

South Korean director Erick Oh overwhelms the viewer with a multitude of simultaneous intertwining narratives that individually touch on everything from racism to classism to religion to terrorism. There are no cuts or camera moves – it’s just a single static shot of a day and night cycle that can be played on a continuous loop.

Opera is not yet available for viewing online. DM/ ML

Love and rockets: We need to figure out how to have sex in space for human survival and well-being

The Conversation
Save 4 mins