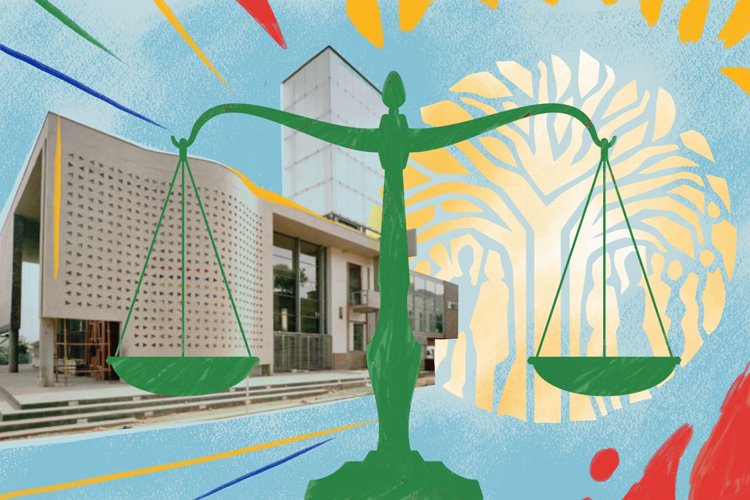 Judge Thandi Norman ordered when the first therapy session should take place and that a social worker be entitled to arrange further sessions in the best interests of the child concerned. (Illustration: Lisa Nelson)

It has taken over ten years but a long-standing battle between Prasa and Primedia may finally be drawing to a close. And it hasn’t ended well for the rail agency.

On 21 March, Judge Bashier Vally in the Gauteng high court set aside a contract between Prasa and Umjanji Media Consortium, and cession agreements between Umjanji and two other companies, Strawberry Worx and Siyathembana, for the provision of outdoor advertising.

In February 2010, Prasa issued a tender for companies to provide outdoor advertising on sites it owned. In December 2010, Prasa awarded the contract to a company called Umjanji for five years.

Primedia had previously held the contract to provide advertising on some of these sites, and after learning of Prasa’s decision in February 2011, sought and secured a court interdict to prevent their eviction from the outdoor advertising sites that they had occupied with their billboards.

Primedia asked the court to review and set aside Prasa’s decision to appoint Umjanji due to a host of irregularities in the awarding of the contract.

According to Judge Vally, the cause of the long delay for this case to be finalised was not due to any inefficiency in the courts themselves, but due to a number of interlocutory applications brought by Prasa (before it stood down from the matter in 2016) and the Umjanji Consortium.

Primedia argued that Prasa should not have awarded the contract and exclusive rights to all outdoors advertising sites to only one company.

The most glaring irregularity was that Umjanji was not in existence at the time that the tender had closed. The company was only incorporated one month later, on 23 April 2010. Umjanji was a consortium led by Provantage Media, acting in concert with KG Media and Future Growth Foundation. KG Media was also not in existence at the time of the tender briefing.

Judge Vally found that “the only inference” from this is that Strawberry Worx knew that Umjanji was going to be awarded the tender – a sign of “improper conduct”.

Then, in August 2011, Umjanji did the same to another company, Siyathembana. Under these agreements, Umjanji would effectively share some of the revenues with these companies. Prasa, under Lucky Montana, tacitly and directly assented to these agreements.

As the case proceeded through the courts, then-Public Protector Thuli Madonsela released her 2015 Derailed report on corruption at Prasa, which examined the Umjanji award and made findings.

In March 2016, with Montana resigned, Prasa withdrew its opposition to Primedia’s case. Judge Vally found this decision “correct and commendable”.

Judge Vally found that the cession agreements between Prasa, Umjanji, Strawberry Worx, and Siyathembana were “designed to subvert the control process inherent in the application of s.217 of the Constitution and they succeeded in doing so.”

Section 217 of the Constitution states: “When an organ of state … contracts for goods or services, it must do so [in a way that is] fair, equitable, transparent, competitive and cost-effective.”

Strawberry Worx had asked Judge Vally to find that it was an innocent party that played no role in Prasa’s decision and that the court should allow it to continue occupying the Prasa outdoor advertising sites.

Judge Vally found this argument without merit. Strawberry Worx was not an innocent party; it knew Prasa’s decision to award Umjanji the tender in advance and sought to benefit via a cession agreement. Judge Vally ruled that the cession agreements were unlawful.

In the hearing, Strawberry Worx sought to strike from the record further evidence submitted by Primedia and the other applicants which seemed to show the “malfeasant conduct” of Montana, and the extent to which the award of the contract and the cession agreements were influenced by Montana and Strawberry Worx. This included evidence from the Zondo commission.

Judge Vally called this move from Strawberry Worx “unmoored from the practical reality of civil procedure” and dismissed the application.

Prasa was ordered to pay the applicants’ costs up until they withdrew from the application in March 2016. Siyathembana and Strawberry Worx were ordered to pay costs from when they intervened in the case, in April 2013 and April 2016 respectively, including costs for two counsel.

On 16 March 2020, Martha Ngoye told the Zondo commission how then-Prasa Group CEO Montana interfered in the Strawberry Worx contract, removing it from Intersite, Prasa’s property arm, after Ngoye raised the alarm about irregularities in the contract. Ngoye was appointed to Intersite as CEO in 2011, and moved to her current role as Group Head of Legal, Risk and Compliance in 2014.

Ngoye testified that Selvan Moodley effectively dictated the terms of Strawberry Worx’s contract with Intersite. At a meeting with Ngoye and other executives, Strawberry Worx told her that they would be instructing her on the roll-out of the contract.

According to Tiro Holele, head of strategy at Prasa, speaking to the Zondo Commission on 11 March 2020, Selvan Moodley demanded that Prasa’s attorneys in the Primedia case, Hogan Lovells, should be sacked. According to Holele, Ngoye resisted strongly. This brought her into conflict with Montana.

Only after Montana was fired did Prasa sack Maraj Attorneys, and withdrew its opposition to the case. DM