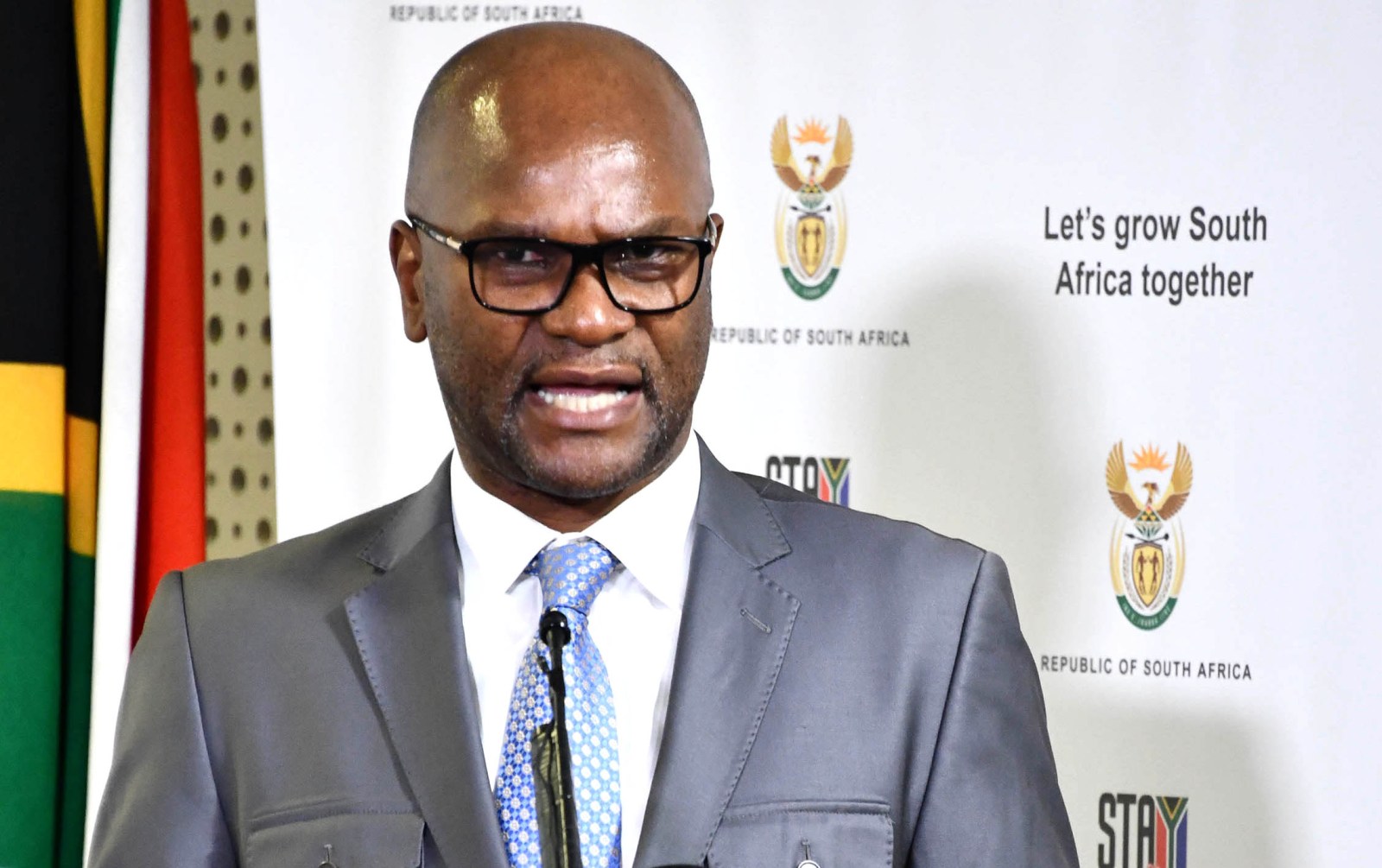 Minister of Sport, Arts and Culture, giving an update on the Presidential Employment Stimulus Package (PESP) programme, which is designed to acts as an aggressive injection of income into the economy that enables ambitious proposals that create opportunities for employment and collaboration during the media briefing held at GCIS Offices in Hatfield (Tshedimosetso House) in Pretoria. 29/03/2021. (Photo: Ntswe Mokoena)

After weeks of creatives staging a sit-in at the National Arts Council Johannesburg offices, demanding answers about the R300 million stimulus package, the Department of Sports, Arts and Culture has taken action. On Monday, Nathi Mthethwa, Minister of Sports, Arts and Culture announced that a forensic investigation will look into the mismanagement of the stimulus package.

At a media briefing on Monday, Nathi Mthethwa, Minister of Sports, Arts and Culture, said that there would be a forensic investigation into the mismanagement of the R300-million Presidential Employment Stimulus Programme the National Arts Council (NAC) was tasked to disburse.

This comes after three weeks of creatives staging a sit-in at the NAC’s offices in Johannesburg demanding answers regarding the stimulus package. Other creatives held street performance demonstrations to highlight their plight.

According to Mthethwa, the new NAC council, which took office in January, sought answers from management regarding the disbursement of the stimulus package, “the answers [given to them] kept changing… council took a decision to suspend the CEO [Rosemary Mangope] and the CFO [Clifton Changfoot]. Subsequently, they discovered the budget as allocated was mismanaged by the NAC, mainly by way of an over-commitment of the available funds by more than double the allocated amount in their possession.”

Mthethwa said that the mismanagement of the stimulus package took the form of applicants receiving more money than they’d applied for.

Mthethwa said that the forensic investigation would also focus on those who were supposed to do their fiduciary duties and oversight. “Management wasn’t doing things alone,” said Mthethwa.

In late February, at a Zoom meeting between NAC and sector representatives, council member, Sipho Sithole said the organisation was facing “a sudden dilemma” because they had approved 1,374 applications but there wasn’t enough money to go around.

The arts council which had approved and signed contracts with about 600 applicants, reneged on those contracts by reducing the amounts that would go to them in order to cover all the approved applicants.

The creatives in the NAC offices have repeatedly asked the NAC and the department to ask Treasury for more money. At Monday’s briefing, Mthethwa said that: “We’ve engaged with the National Treasury but we haven’t been successful because of the economic climate we’re in.

“[But] we’re in this unacceptable situation which is man-made [and for that] I want to issue an unconditional apology to the sector as a whole for being let down by an institution which I sincerely believed were up to the task,” said Mthethwa.

“I hereby issue to you an absolute and uncompromising promise to ensure that those who are responsible for this gross negligence are brought to book,” said Mthethwa.

But the terms of reference for the forensic investigation have not been finalised yet — they should be finalised by the end of this week said Vusithemba Ndima, the acting director-general in the department. “Although we don’t expect [the forensic investigation to be long, we can’t give a specific timeline [as to when it will conclude],” said Ndima.

Romeo Ramauda from the South African Arts and Culture Youth Forum said that they welcomed the announcement of the investigation. “Hopefully, after the investigation, the department will take decisive steps and ensure that something like this doesn’t happen again,” said Ramauda. DM