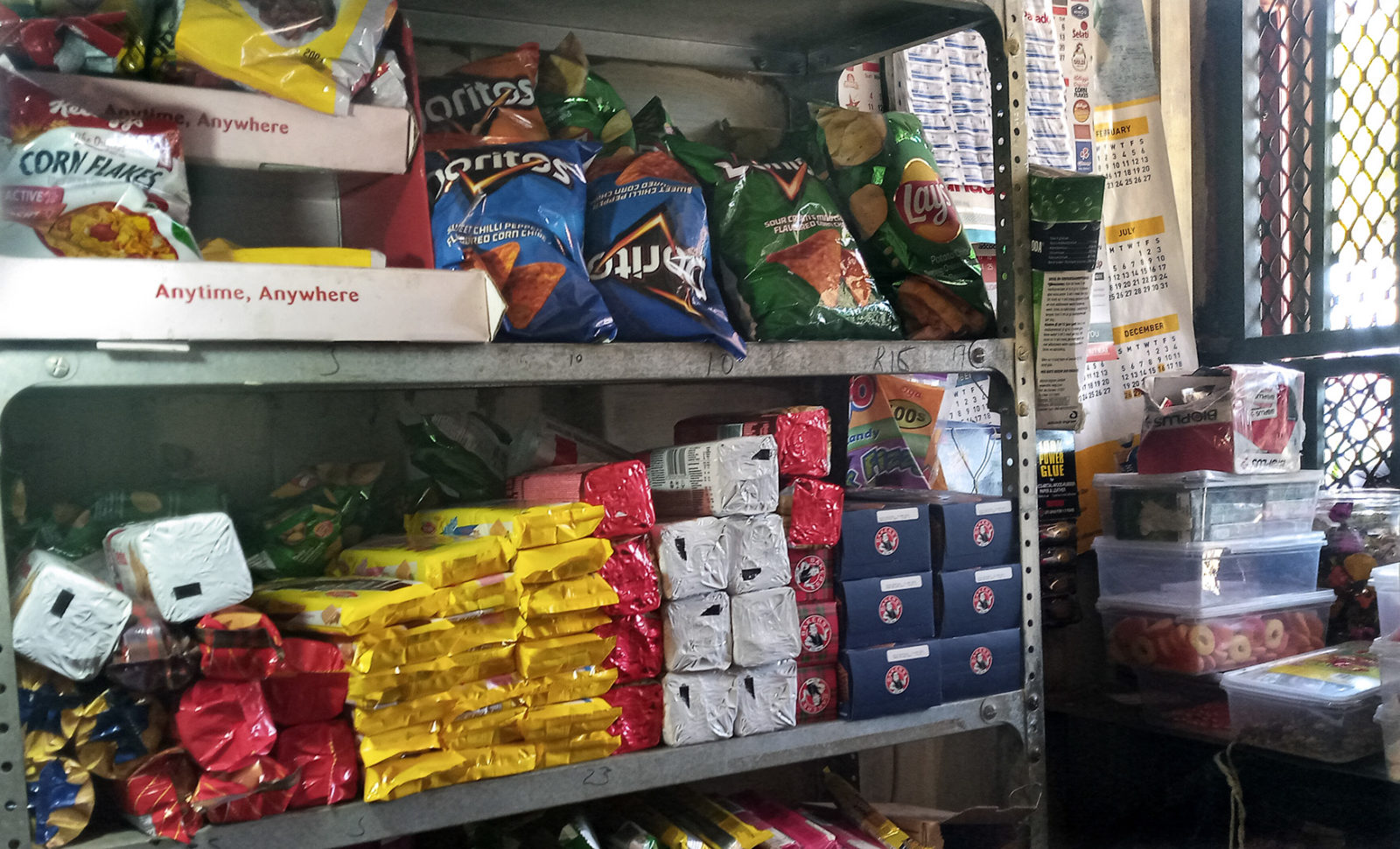 In March 2020, the Department of Basic Education pulled the plug on school tuck shops to limit the spread of Covid-19. Instead, it has encouraged informal vendors to set up shop outside school premises where there is no control over what is being sold to pupils.

In the past, school tuck shops used to be a standard feature of many schools, the place where many kids would go at break and lunch to quench hunger and thirst. However, school tuck shops have not been allowed to operate since the outbreak of the Covid-19 pandemic after the National Department of Basic Education (DBE) issued a directive to close them. This will only be lifted when the virus is contained.

Unfortunately, the vacuum created has allowed spaza shops and mobile food vendors to fill the gap and sell unhealthy junk food cheaply to pupils. This has made it virtually impossible to regulate what food is being sold to, and consumed by, children during school hours.

In 2014 the DBE had developed guidelines for tuck shop operators which:

The aim was that food items sold on school premises complemented the National School Nutrition Programme and did not hamper pupils’ ability to learn.

Academics, teachers and the government say they would still prefer that tuck shops are located formally inside the school premises, where schools can regulate what is sold to pupils. They are worried that the Covid-19 lockdown has allowed mobile food vendors and spaza shops to flourish outside schools where there are no controls over what is sold and vendors sell what their market appears to demand – unhealthy sugar-sweetened beverages and ultra-processed foods such as “chip and dip”; kotas (bread filled with a variety of unhealthy foods); and oily magwinya (fat cake).

Maverick Citizen visited a number of schools to assess the problem.

Elias Guambe, a mobile vendor outside Thaba-Jabula Secondary School in Klipspruit, Soweto, has been selling outside the school premises since 2004.

“Mondays and Tuesdays are my busiest days,” he says “The pupils’ regular orders include lollipops, maize snacks (famously known as amazimba in Johannesburg), ice and skopas (sweet and flavoured popcorn), while teachers prefer fruits.’’

Opposite Emshukantambo Secondary School in Pimville, Soweto, is the Pilot Spaza shop owned and operated by Mickey Yansen, a 30-year-old  man who says prices have risen sharply on his regular stock since he first opened four years ago.

“Before Covid-19 I would buy a packet of Halls sweets at R12.50 or R13 at most and sell at 30 cents each, but lately I get it for R17 and have had to increase my price as well by 20 cents for profit. The same applies to a six-pack of 2-litre Coke cooldrink, which was R98 but now R120 [so I’m] selling it at R22 each. My customers complain about the price going up but there is nothing I can do, so they buy it either way,’’ said Yansen.

Memory Wium, a teacher and spokesperson for Balmoral College, an independent school situated between the Jerusalema and Delmore informal settlements in Boksburg, said the food sold at their school tuck shop is what pupils want to buy and eat.

“Children do not want to eat the healthy sandwich; they prefer a kota that ranges from R10 to R20 depending on what’s inside it. But we try to incorporate some healthy foods like fruits which, depending on the season, vary from apples to pears and bananas at a price range of R5 to R8,” said Wium.

The lack of regulation means spaza shops and food vendors not only sell unhealthy foods cheaply but that children get into the habit of eating unhealthily, something they carry into adulthood.

Research has shown that consumption of energy-dense, low-nutrient junk foods adds to the burden of stunting, obesity and micronutrient deficiencies carried over to adult life.

While schools accept they have a duty to protect children from unhealthy food they say their hands are tied because they have no control over what food vendors and spaza shops sell. This makes food and nutrition literacy among children and their parents all the more important. DM/MC