The politics of expropriation without compensation – when rhetoric and reality clash 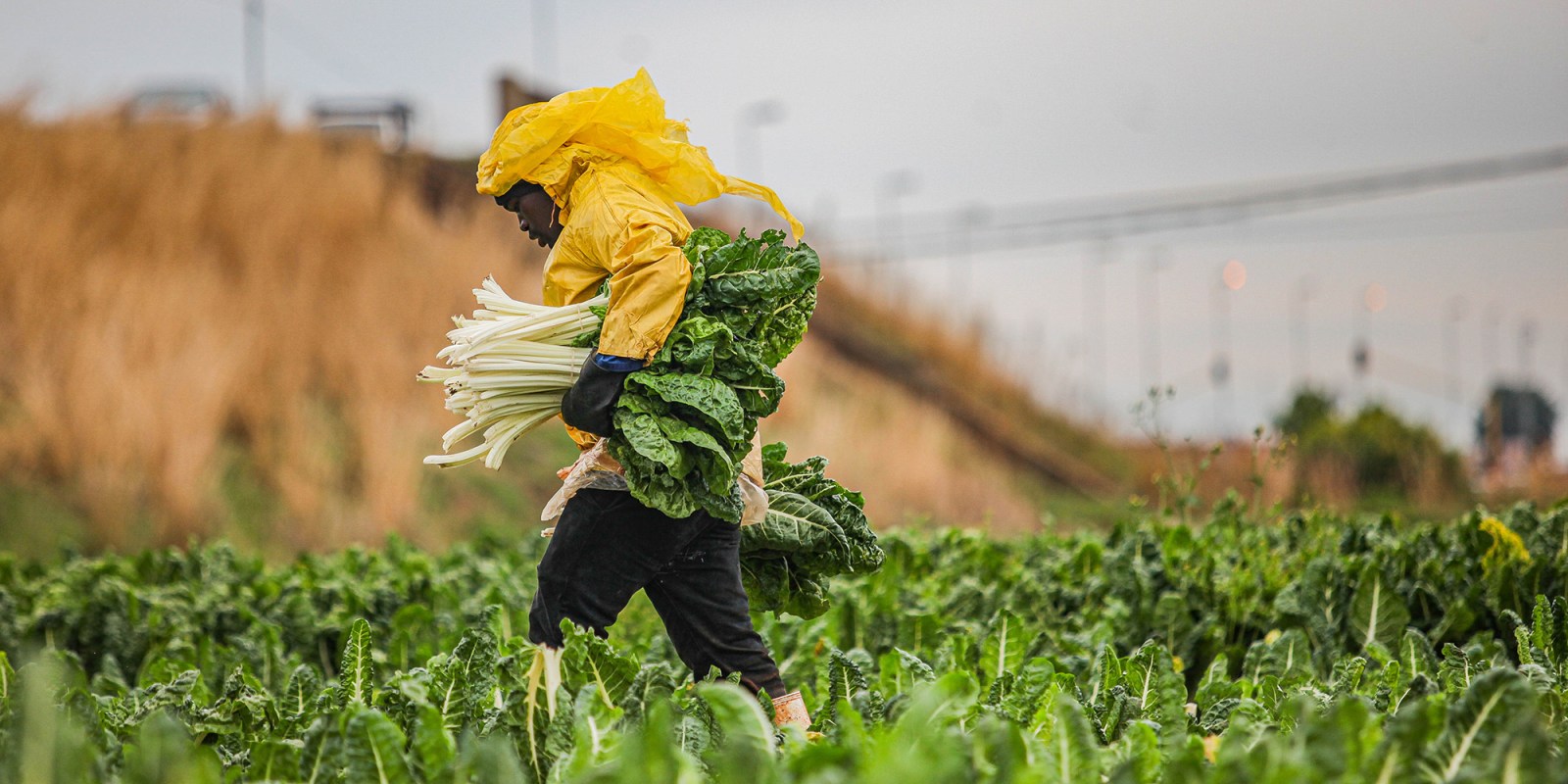 Not many disagree with the urgent need for land reform, and the redress of apartheid and colonial dispossession. But for many, expropriation without compensation is just political manoeuvring.

Three days. Two committees. One issue – expropriation without compensation as a constitutional amendment and an Expropriation Bill.

It has taken years to get to this point when the different law-making processes coalesce. A constitutional amendment to expressly allow expropriation without compensation still needs a law of general application to give effect to such a stipulation.

This week’s public hearings showed wide-ranging agreement on the need to finally replace the apartheid Expropriation Act with a constitutionally compliant law – now in its third attempt since 2008.

Much less agreed on is the need for a constitutional amendment that “a court may, where land and any improvements thereon are expropriated for the purposes of land reform, determine that the amount of compensation is nil”, given “specific circumstances” set out in national legislation. And this is where it gets curious.

On Thursday the Department of Agriculture, Land Reform and Rural Development proposed to “remove the courts from involvement in policy determinations; and define ‘land reform’ so that it is not left to the courts to define it”, as its written presentation on the Constitution Eighteenth Amendment Bill said.

The department also proposed a definition of land reform that “includes, but is not limited to restitution, redistribution and land tenure”, saying this is more suited to legislation and white papers than a constitutional amendment.

The departmental reasoning remains unclear. Courts do not get involved in policy; courts have been at pains not to overstep their jurisdiction of dealing with matters brought before them.

Bad laws can be challenged on various grounds, including violation of constitutionally guaranteed rights, legal technicalities or lack of adequate public consultations. But even then, when setting aside laws, or parts of laws, South Africa’s judiciary consistently has referred matters back to the national legislature to fix.

Perhaps Agriculture, Land Reform and Rural Development had more than its share of such challenges, including the Communal Land Rights Act declared unconstitutional on a technicality in 2010 – it is yet to be redrafted and tabled in Parliament – or the 2014 Restitution of Land Rights Amendment Act that in 2016 was declared unconstitutional because of inadequate public consultations.

The department has been sharply criticised for failing to ensure land reform happens at scale, with competence and in support of redressing past injustice.

The critique is on public record, not only in countless academic research papers, but also in the 2018 High Level Panel report chaired by ex-president Kgalema Motlanthe.

“The pace of land reform has been slow. The development of policy and law has drifted away from its initial pro-poor stance and lacks a vision for inclusive agrarian reform. There are also significant gaps, such as on tenure security, where legislation has not been passed, putting the lives and livelihoods of many rural dwellers in peril…” says the abstract to the report’s Chapter 3 on land reform, restitution, redistribution and tenure security.

Land reform and restitution are central to South Africa’s long outstanding social justice redress and to effect what the Constitution’s founding values stipulate – a democratic state and society based on human dignity, the achievement of equality, and accountability, responsiveness and openness.

Coinciding with this week’s parliamentary public hearings on expropriation without compensation were reports about land reform and redistribution projects in trouble.

On Wednesday News24 reported that 350 dairy cows starved to death at Mantusini near Port St Johns in the Eastern Cape as a state-funded R43-million project has been unable to maintain infrastructure or pay electricity bills.

The project was part of Rural Development’s official One Household-One Hectare programme aimed at resolving poverty and establishing smallholder farmers, producers and agro-manufacturers. In 2016 the Government Communication and Information System (GCIS) publication Vuk’uzenzele applauded the expansion of this project to include a state-built “dairy parlour” .

On Tuesday Business Day reported how evicted black farmers laid claims of more than R2-billion against Land Reform and Rural Development in the 2019/20 financial year.

Parliament’s agriculture and land reform committee, in a statement on Wednesday, queried the department’s “poor performance, considering it spent 100% of its budget (R3.6-billion) and land reform is a government priority” but only met 37% of targets in the 2019/20 financial year.

On Thursday the Agriculture, Land Reform and Rural Development Department, like Public Works, was stopped in its tracks at the ad hoc committee on amending Section 25 of the Constitution, and asked to return next week.

“The committee expected to hear about the departments’ challenges and responses to allegations made during the public hearings of departmental mismanagement, corruption and incompetence,” said committee chairperson Mathole Motshekga in an official committee statement.

But the department’s last-minute proposals to remove courts from the current version of the Constitution Eighteenth Amendment Bill is insightful to the contestation, and sensitivities, of what has been a highly politicised process from the start.

Often expropriation without compensation has been conflated with land reform, and redress of South Africa’s past racially motivated dispossession and forced removals.

In some ways that’s the outcome of a politically charged process that saw the ANC support the EFF’s motion for a parliamentary process for compensationless expropriation in late February 2018.

Just a year earlier the ANC had opposed a similar EFF motion, but the governing party’s stance changed after the 2017 Nasrec conference in a last-minute push by the Radical Economic Transformation (RET) grouping resolved on expropriation without compensation.

Many in the non-RET factions of the ANC have since downplayed the constitutional amendment as simply making explicit what is already there.

In many ways these public hearings in dorpies and towns across all provinces reflected back to the politicians the shortcomings of 27 years of land reform, redistribution and restitution.

But this conflation also is politically convenient. It detracts from the government’s overall failures to implement effective land reform, restitution and redistribution, while also ensuring tenure security for vulnerable groups, including residents on communal land.

It blurs the, at best tepid, at worst flailing, land reform policy of the governing ANC since the 1994 democratic transition. For example, little happened after the 2007 Polokwane ANC national conference resolved that the government had to reexamine the “willing buyer, willing seller” principle that was never law, but a government policy choice then used to blame for the slow pace of land reform.

The 2007 Polokwane land resolution also called on the state and state entities to “exercise their legal right to expropriate property in the public interest for public purpose. Compensation shall be awarded in accordance with the Constitution with special emphasis on equity, redress and social justice.”

That this was not done for land reform – it was done to, for example, clear land to construct the Gautrain – has been a government policy choice. As has been the choice not to fully employ available legislative tools like the 2015 Spatial Planning and Land Use Management Act (Spluma) to redress apartheid spatial segregation or the 2007 Government Immovable Asset Management Act on donations, leases and exchanges of state-owned land that could have been used to free up the well-situated land state-owned entities own for housing or redistribution and restitution.

That was done, but the bill remained unattended amid the factionalised policy battles ahead of the 2017 Nasrec conference. And in 2018 it was decided to amend the Expropriation Bill to, like the constitutional amendment, expressly include the possibility of expropriation without compensation. For that to happen the ANC parliamentary caucus had to formally move a motion to reject it.

Only in October 2020 did Parliament receive the current Expropriation Bill that includes expropriation for “nil compensation” – the same phrasing to the constitutional amendment – and outlines the categories that applies to, including abandoned land, state land or land held for speculation.

This week MPs were cautioned of consequences, now no longer unforeseen, including vague definitions that allow potential overreach, that all property – not just land – would be affected, and that mortgage holders are compelled to continue paying their instalments even when the property in question is expropriated.

No deadlines are set for Parliament to pass this Expropriation Bill. But the ad hoc committee on amending Section 25 of the Constitution must complete its work by the end of May.

Land reform and restitution are central to South Africa’s long outstanding social justice redress and to effect what the Constitution’s founding values stipulate – a democratic state and society based on human dignity, the achievement of equality, and accountability, responsiveness and openness.

But neither constitutional amendment nor legislation can fix the state’s paralysis to use long-existing tools or incompetent, corrupt and inefficient implementation. No matter the political rhetoric. DM