Nawal El Saadawi: The fierce feminist who liberated her...

Nawal El Saadawi: The fierce feminist who liberated herself from fear 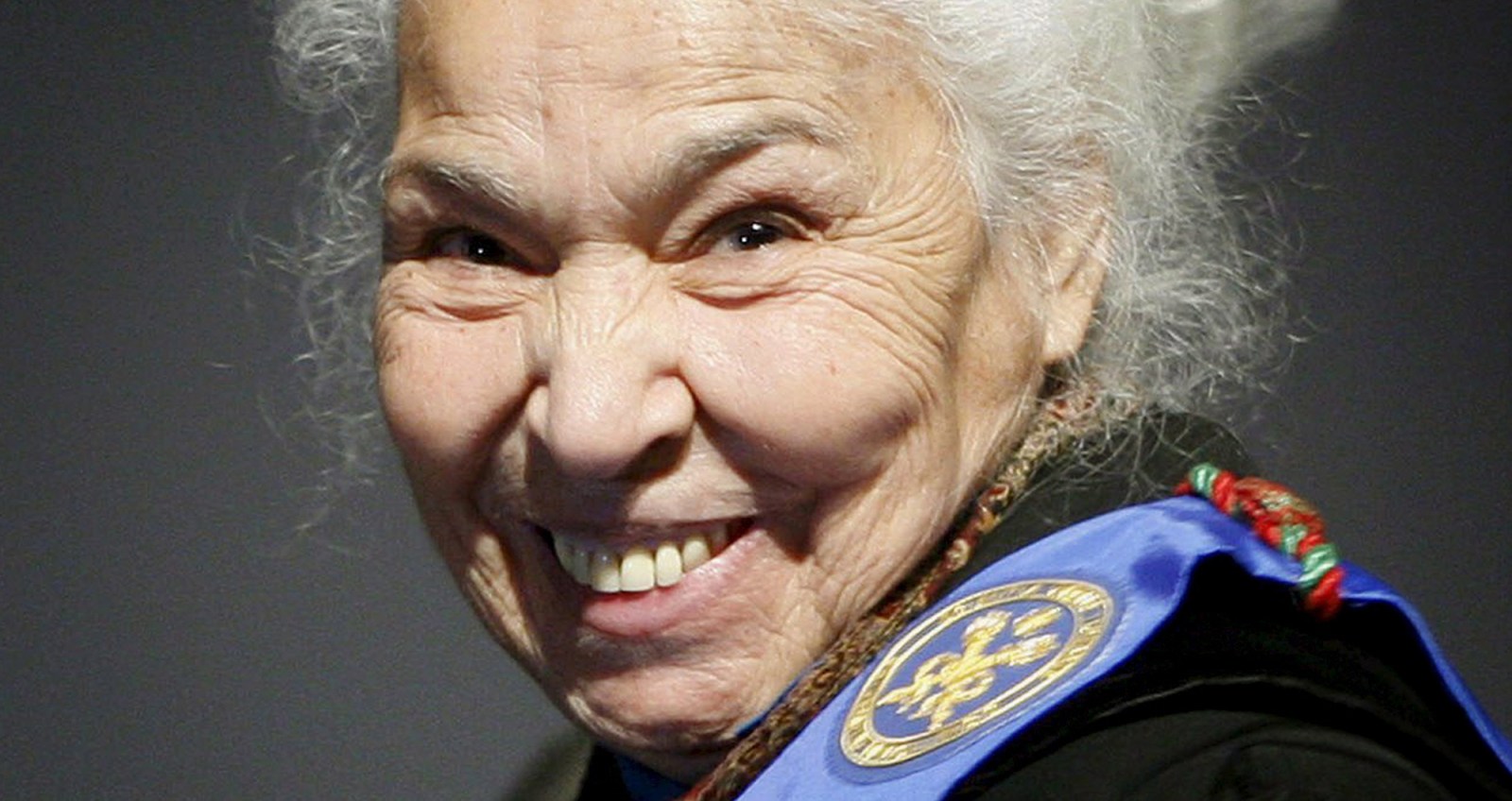 Nawal El Saadawi, the Egyptian feminist writer-activist who died on Sunday at the age of 89, was a physician, psychiatrist and revolutionary pathbreaker. She wasn’t afraid of death, believing that ‘before death one is unconscious’.

There was little Nawal El Saadawi was afraid of, and taking the podium at the African Women Writers’ Symposium Johannesburg in November 2011, also a celebration of Nadine Gordimer’s 88th birthday, she incited her audience to rise against the government. “They have failed to bring economic liberation.” Her rallying call to revolt was met with enthusiasm.

Saadawi had come to the symposium hot off Cairo’s Tahrir Square, where she had joined tens of thousands of Egyptians as they rose up against the three-decade-long misrule of Hosni Mubarak.

“I was in the revolution now,” she said, “I have been dreaming about this revolution since I was 10 years old. It was like a déjà vu.” But she was not going to rest because “only the head of the old regime had gone, with Mubarak; “the body of the old regime has survived, and colonialism is still there. We need to fight back”.

In an interview, after the symposium, she said, “I hate double standards. The biggest problems facing the world are the military and nuclear power. Violence is at the base of everything. It dictates the shocking contradictions within the UN and creates a world order that allows only the US and Israel to have nuclear power yet deprives Egypt of this power, even for medical research.”

The fight to beat down the capitalist, patriarchal system that empowered western multinationals, was ongoing. Among the key targets in her fight against racial, gender and religious oppression was the “the international information order”. This was the mass media that perpetrated lies in the name of democracy and human rights. In addition, according to Saadawi, a postmodern neo-colonial language with its emphasis on concepts such as free choice and identity brought further confusion.

Over several decades she campaigned against the perceived restrictions on Arab women, including veiling, which she controversially said served only to veil the mind, as well as polygamy and inequality in Muslim inheritance rights.

Saadawi’s feminism was born of her own bitter experience and the stories of women who had gone before her. Determined to escape a system sanctioning the marriage of 10-year-old girls, flogging, and the rape of women on their wedding night, she pursued a career in medicine, graduating from the University of Cairo Medical School in 1955, specialising in psychiatry.

Saadawi was born on 27 October 1931, in the small village, Kafr Talah, outside Cairo. The second of nine children, she began cataloguing the societal contradictions she perceived in a secret diary, aged 10. Her teachers, parents and God were all found wanting. “We need to change education that teaches patriarchy and capitalism. That is the real revolution.”

My 2011 interview with Saadawi after the symposium, continued a conversation that we began in 1999 at the Zimbabwean International Book Fair. There, at the launch of the first volume of her memoir, A Daughter of Isis; the autobiography of Nawal el Saadawi, she spoke volubly about her own female genital mutilation at six and vowing not to rest until the barbaric practice of FGM had been abolished. In Isis she wrote that since she was a child “the deep wound left in my body… has never healed”.

Her tireless campaign for an end to FMG led to its criminalisation in 2003, a small step in the right direction but only the beginning of the fight for harsh sentencing, against the wide acceptance of this practice.

At 60, when she wrote Isis, she was able to recall her childhood in detail for the first time. “I was very good at school; the teachers liked my marks but not my behaviour. I hated authority and refused to take orders.” Such refusal was her hallmark. “I act on my anger, in my work and in my writing. If you don’t do that it starts to eat you up and you get sick.

She said she regretted none of her actions or writings; her sole misgiving was the fact that she had not been radical enough, that she had been forced to compromise in order to avoid being burnt at the stake of the taboos that enshrouded her country.

“Children should never suffer what I suffered,” she said.  I had a brother who was not as good as I was at school; he was spoiled. He was given more education and more food. When I asked my parents why this was so, they said, ‘Because God said so’.”

Self -liberation was a key theme in Saadawi’s journey.

“I have liberated myself from fear,” she announced in 2011.

“I used to fear loneliness, which with death is one of our two greatest fears.” In 2008 she had divorced Sherif Hetata, her husband of 44 years because he was unfaithful.

“I vowed never to marry. I did not want any man to own me. But I wanted to experience everything. I am curious! I married three times. Had I not lived in Egypt I would never have married.” She spoke of her two children, a son, a filmmaker, and a daughter, a poet and creative writer, who “has my brain”. Such frankness was typical.

“When I divorced three years ago my life did not change. It is very full and I am not lonely. Women stay in unhappy marriages because they are economically dependent.

“I was afraid of losing my job but in 1972 when my book Women and Sex was banned, I did lose my job – as the director-general for Public Health Education in the Ministry of Health as well as editor-in-chief of the magazine Health, which was shut down. So, I started writing novels. Women and Sex, banned in Egypt for two decades after publication, dealt with FMG, among other pressing issues.

A novel, Woman at Point Zero published in Beirut in 1973 put Saadawi on the map. It is classified also as creative non-fiction in that it is based on a real case and in that Saadawi incorporated her research on women and neuroses in Egypt.  The story pivots on a conversation between a psychiatrist and a woman the night before her execution for the murder of her pimp, and a lifetime of abuse that had led to this act.

“I was afraid of prison until I went there. In 1981 Saadawi’s public attack on then president Anwar Sadat’s policies led to a brief incarceration in Al-Qanatir Prison, in Qalyoubi province, 30km north of Cairo, along with several intellectuals. “Sadat said he welcomed constructive criticism, I provided it and look what happened,” she said. She was released a month after Sadat’s assassination on 6 October 1981 when Mubarak, then vice president, took the helm.

The Arab Women’s Solidarity Association in Egypt founded by Saadawi in 1982 lasted nine years before its banning for protesting against the Gulf War in 1991. How can women be liberated in countries that are neither economically nor culturally liberated, she asked.

It was the novel The Fall of the Imam in Cairo, 1988, that secured Saadawi’s place on a fundamentalist’s death list. Her book was burnt.

In 1993 with her third husband, Sherif Hetata, she sought refuge in exile in the US where she taught at Duke University, North Carolina and later at Washington State University. She taught, among others, a course on dissidence and creativity, which were for her indivisible.

Back in Egypt in 1996, she continued her struggle for justice and equality and in 2004 announced her short-lived candidacy for the presidency. Restrictions against rallies forced her to abandon her campaign in 2005. Her play, God Resigns at the Summit Meeting (2008), almost cost her Egyptian citizenship.

Addressing the symposium in Johannesburg in 2011, Saadawi said, “I am not allowed to teach in my own country, to this day”.

She said she regretted none of her actions or writings; her sole misgiving was the fact that she had not been radical enough, that she had been forced to compromise in order to avoid being burnt at the stake of the taboos that enshrouded her country.

Saadawi vowed in our interview that she would continue to battle as she had done all of her life, for wholeness. This battle is her legacy. DM