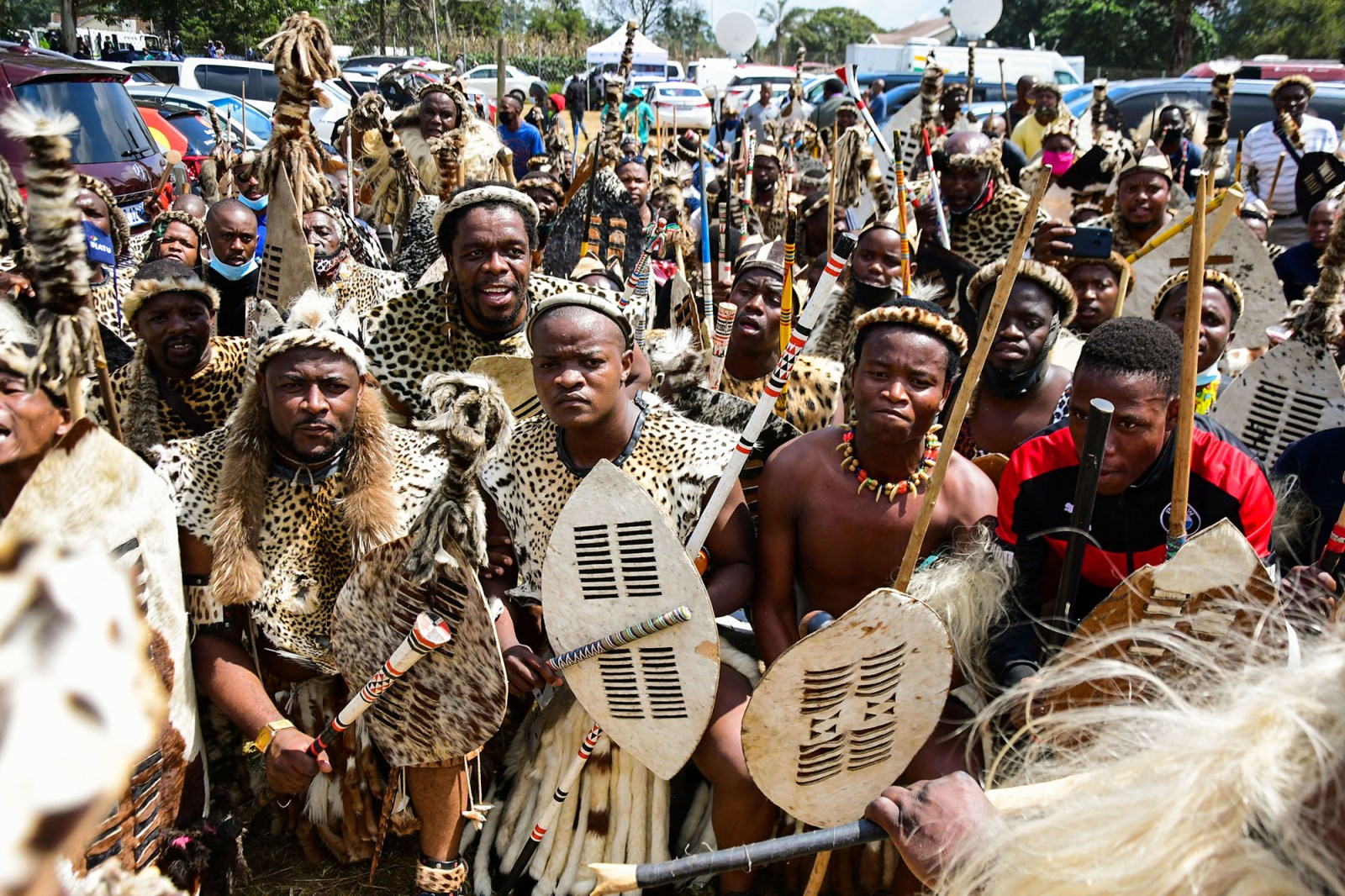 What happened in Nongoma was irresponsible, especially knowing that King Goodwill succumbed to Covid-19-related complications. Buthelezi was the lone voice calling for compliance, asking mourners to honour their king by not coming to the palace.

How is this for irony? On Thursday at Nongoma, we saw the Minister of Cooperative Governance and Traditional Affairs, Dr Nkosazana Dlamini Zuma – who has the responsibility of declaring a National State of Disaster – presiding over an event that flouted the very regulations she has set as part of the government’s attempt to control the spread of Covid-19.

She was a programme co-director at King Goodwill Zwelithini’s memorial service, which had been declared as a Special Official Funeral Category 1.

The passing of the revered Zulu monarch was a sad affair – one that, as former IFP leader Inkosi Mangosuthu Buthelezi put it, had robbed the nation of a moment to grieve its leader as they should have. That makes sense: we are still under lockdown and have regulations set by Dlamini Zuma to adhere to.

But, alas, what we saw on Thursday and in the days leading up to it was a superspreader event in which Police Minister Bheki Cele, despite his obligation to enforce the law, seemed incapacitated to do so.

This is the same Cele who in January gleefully announced that 7,455 South Africans had been arrested for not wearing masks in the two weeks from 29 December 2020, when the adjusted lockdown Level 3 was announced. But there he was in Nongoma, among hundreds of mourners at the memorial service of the king.

President Cyril Ramaphosa delivered the eulogy, seemingly oblivious to the danger posed by the event. As he sang the king’s praises, different groups of Zulu Amabutho and women, young and old, gathered in and around kwaKhethomthandayo palace. This is the same Ramaphosa who implored South Africans – as recently as last month, when he announced the change to lockdown Level 1 – to adhere to the regulations.

What he forgot to tell the rest of us is that the rules only apply selectively. It seems that the 100 mourners limit at a funeral is reserved for us commoners, and the 250 persons cap on outside gatherings does not apply to royalty.

More than 20,000 South Africans were either arrested or fined for flouting the Covid-19 regulations in the first two weeks of January. The message this sends is that we are not all equal before the law, as our Constitution demands. Why should any South African take the president seriously when he exhorts us to comply with the regulations?

As if that were not enough, Health Minister Dr Zweli Mkhize was also in attendance and, when asked by reporters about the dangers posed by the gatherings ahead of the interment of the king’s remains, merely passed the buck. Mkhize made some comment about the royal family doing all it could to ensure that the king’s send-off complied with Covid-19 regulations. But it is not the responsibility of the royal family to enforce lockdown regulations – that belongs to the government he is part of.

What happened in Nongoma was irresponsible, especially knowing that King Goodwill succumbed to Covid-19-related complications. Buthelezi was the lone voice calling for compliance, asking mourners to honour their king by not coming to the palace.

As beautiful and poignant as the scenes of Amabutho accompanying their king’s remains were, one could not help but notice that the majority of the chanting regiments were maskless.

It is possible that our anticipated third wave, which is expected in the coming months, may well have been set off by the events of the past week.

Various videos of Amabutho, vowing to openly defy the lockdown regulations, were circulated on social media platforms. What we must agree on is that what happened in Nongoma was irresponsible behaviour, which started right at the top and cascaded to the lowest level. Having allowed for rules and the law to be flouted, the government must now send its teams to the Zululand district to monitor the situation.

We’ve seen this movie before – when thousands of matriculants gathered in Ballito for the Rage year-end party last year. What followed was a chain of infections, setting off our second wave.

The gains of the past few weeks, in which infection numbers dropped significantly, will surely be undermined by the events that played out at Nongoma.

Given his activism against the spread of disease, particularly HIV/Aids, the late king would not have wanted his send-off to be an event linked to possible mass infections.

The president and his government owe all of us an apology. DM168