‘Bullseye on our backs’: Emotions run high at heari...

‘Bullseye on our backs’: Emotions run high at hearing on anti-Asian discrimination after US spa killings 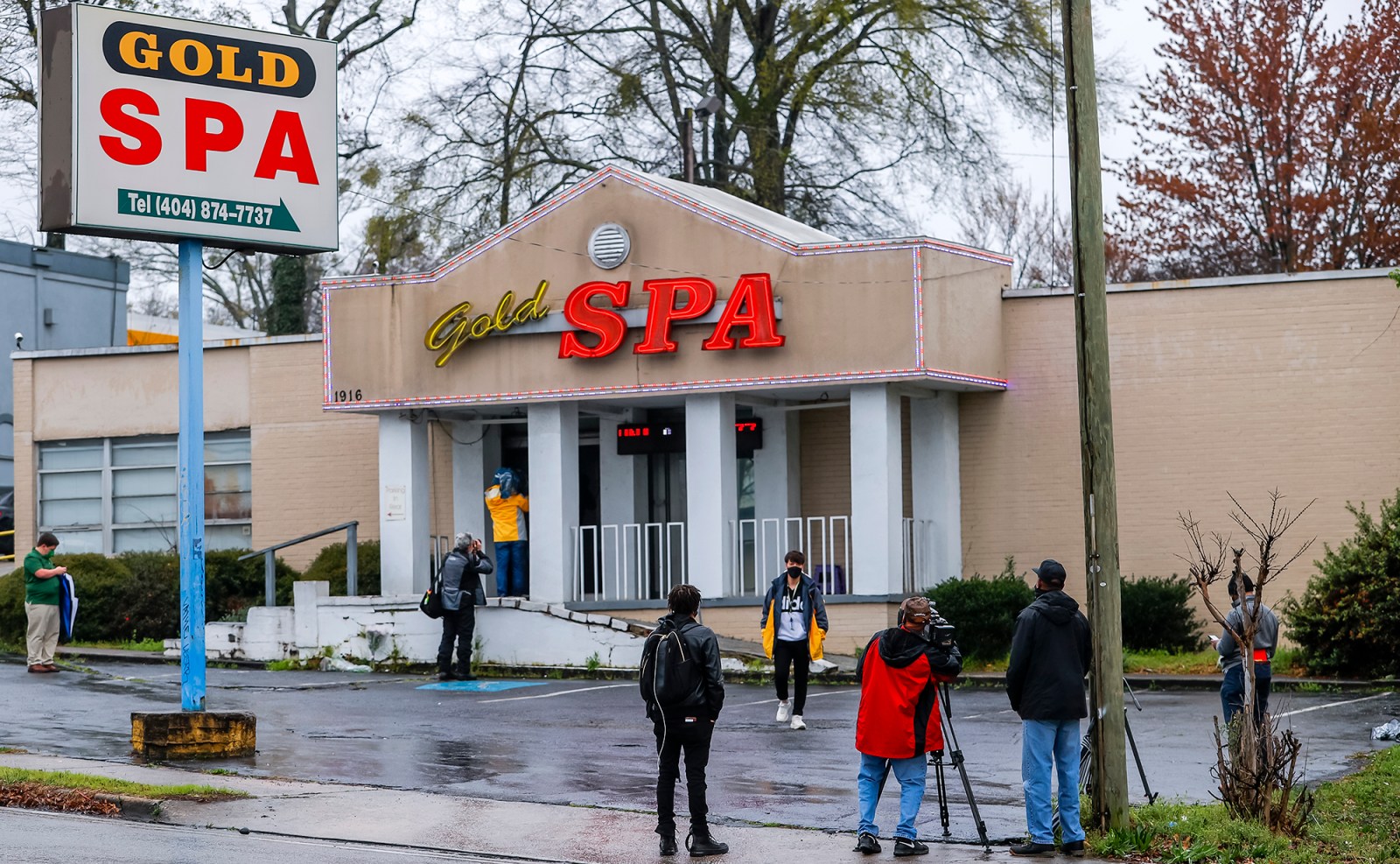 One of the scenes of Tuesday's shooting spree in the US which left eight people dead at three metro Atlanta massage parlours. Six of the victims were Asian women. EPA-EFE/ERIK S. LESSER

Asian Americans have been fighting a virus of hate and bigotry, witnesses tell the congressional hearing following Tuesday’s murder of eight women – six of them Asian – in Atlanta, Georgia.

On Thursday, 18 March, two days after eight people were shot dead at three different spas in the Atlanta area of the state of Georgia – and Robert Long admitted to the shootings when he was arrested – a congressional hearing was held into violence against Asian Americans.

A former roommate of Long said the shooter had been undergoing treatment for sex addiction, but lapsed about once a month, visiting a massage parlour for sex. The roommate said Long, a member of a Baptist church, was severely conflicted because of his religion and his relationship with God and his parents. He apparently also sought help earlier in 2021 at a Christian addiction centre, HopeQuest.

Long had bought the gun he used in the shootings just hours before carrying out his deadly mission on Tuesday. This was confirmed on Wednesday by an employee at Big Woods Goods, where the purchase is said to have been made.

Cherokee Sheriff Frank Reynolds said on Wednesday that Long’s parents had played a part in the arrest of the 21-year-old. He added that the attack was not racially motivated: “We asked him that specifically and the answer was no.”

Police have only named four of the victims so far as they have yet to inform the relatives of the other four. The sole survivor of the attack is still in a serious condition, with wounds to the neck, forehead, stomach and lungs. He is said to have been visiting a business next to one of the spas.

During the Covid-19 pandemic the US has seen a rise in attacks on Asian Americans – mostly older people and women – which many activists and some reports ascribe to former president Donald Trump calling the coronavirus the “China virus”.

In the first congressional hearing on anti-Asian discrimination in more than 30 years, the House Judiciary Subcommittee on the Constitution, Civil Rights and Civil Liberties heard that America had reached a crisis point.

Representative Judy Chu of California is the first Chinese American woman elected to Congress and also chairs the Congressional Asian Pacific American Caucus. On Wednesday she announced Thursday’s hearing on anti-Asian hate crimes, calling the killings “one of the more violent tragedies in a string of about 3,800 hate incidents and crimes against Asian Americans, 68% of them women”.

It was clear that “the victims were targeted because they are among the most vulnerable in our country – immigrant Asian women… we call on Georgia officials to ensure that the families of the victims are well supported.”

The hearing began with a moment of silence “in memory of the victims tragically killed, murdered in Atlanta, Georgia”.

He pointed out that there had been discrimination against Asian Americans before the pandemic and it would continue, and that “language matters” and the terms “Chinese virus” and “kung flu” were part of the problem. Cohen briefly walked through the history of hate crimes and discrimination against Asian Americans, including the treatment of Japanese Americans during World War 2.

Republican Congressman Chip Roy said he was concerned that the hearing was trying to police rhetoric in a free society, away from the rule of law: “We believe in justice… find all the rope in Texas and get a tall oak tree… we take justice very seriously and we ought to round up the bad guys.”

Roy said he wanted to make it clear that he thought China – the country – “are the bad guys”. He then launched into a speech about “the Chinese communist government and its shortcomings, and that’s the reality of what I tend to refer to as the Chicoms… the Chinese Communist Party.” It was a general lambasting of the Chinese while not commenting on the way such language and attitudes affect Chinese or Asian Americans.

Congressman Jerry Nadler of New York highlighted attacks on Asian Americans in the past few months, including an 89-year-old woman set on fire, a young man stabbed in the back and fighting for his life, an older woman punched in the face and man needing more than 100 stitches in his face after he was slashed with a box cutter.

“The conversation we are having today is long overdue – 34 years is too long for Congress to leave this issue untouched,” he said.

A recess was needed to deal with technical issues before witnesses could speak to the discrimination they had experienced or seen.

With the technical glitches out of the way, Representative Grace Meng hit back at Roy, saying that for more than a year “Asian Americans have been fighting an additional virus of hate and bigotry. Anti-Asian rhetoric like ‘China virus, kung flu have left Asian Americans traumatised and fearful for their lives. Mr Roy mentioned the WHO and it is the same World Health Organisation that actually said not to use countries of origin when referring to diseases.”

Meng also spoke about Asian Americans’ long history of being excluded and often violently discriminated against in the US: “Unfortunately so much of this history is not taught in our schools. Excluding Asian Americans from our history books renders us invisible and deems us the perpetual foreigner.”

In closing, an emotional Meng addressed Roy directly: “Your president and your party and your colleagues can talk about issues with any other country that you want. But you don’t have to do it by putting a bullseye on the back of Asian Americans across this country… this hearing was to address the hurt and pain of our community and to find solutions and we will not let you take our voice away from us.” DM