Former farmworker refuses to leave her home of 30 years

Former farmworker refuses to leave her home of 30 years 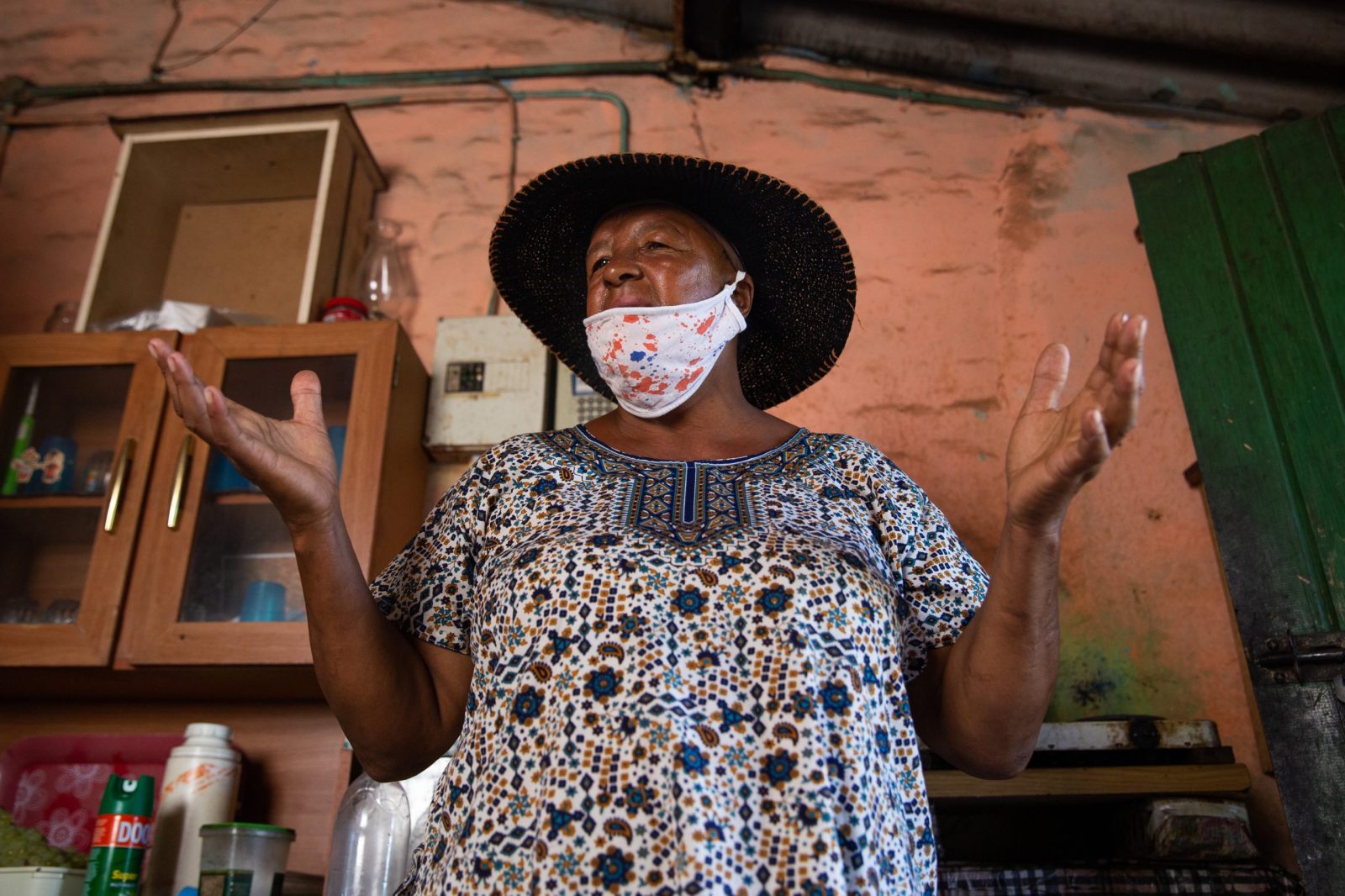 Cathleen Beukes (pictured) says that she and her husband, Pieter Beukes, have nowhere to go if they are evicted from the house they’ve lived in for more than 30 years. (Photo: Ashraf Hendricks)

Ladismith farmer says he needs the house for current workers.

Two former farmworkers have been asked to leave the home on the Ladismith farm on which they have lived and worked for more than 30 years.

Cathleen Beukes and her husband Pieter Beukes were given a letter in October last year from the owner of JC Radyn Boerdery in Eilandsvallei stating that they had to vacate their house since neither worked on the farm anymore. The farm produces grapes, peaches and other fruit.

In the letter, which GroundUp has seen, owner Johan Radyn explains that he cannot afford to allow people who no longer work on the farm to live on the premises. “There are other employees in my service to whom this privilege must go,” he says. Radyn says that in terms of the Extension of Security of Tenure Act he is giving them three months notice, after which he will seek a court eviction order if necessary. He says the Beukeses can contact him for further information.

The Extension of Security of Tenure Act, or ESTA, outlines the conditions under which a landowner can legally evict a resident living in a rural area or a farm, such as the ending of a lease agreement or employment.

In a separate letter, the Beukeses were also asked to remove their four sheep and some pigs from the property. In the letter they were told that the wine cellar would not buy the farm’s grapes if there were animals within 80 metres of the vineyards.

Cathleen Beukes said she would not leave her home or remove her animals. She said that when she and her husband worked on the farm harvesting fruit they would sometimes work from six in the morning until one the next morning.

“I’m not willing to leave my house for another person, since I worked for this house day and night,” she said.

She also said that she didn’t know where they would go if they were evicted and they would probably end up on the street. She was currently unemployed and her husband did odd jobs on the surrounding farms.

“It makes me anxious because I don’t know what awaits me in the future,” said Beukes.

Beukes said that they have been waiting for more communication about both their eviction and the removal of their sheep, but farm management had not communicated with them about this again. She had not tried to reach Radyn on the cellphone number given in the letter.

“He must come here himself. Since he sent us those letters, why is he not talking with us in person?” she said.

GroundUp attempted to reach Radyn and the farm’s management but did not receive a response after repeated phone calls and emails. DM