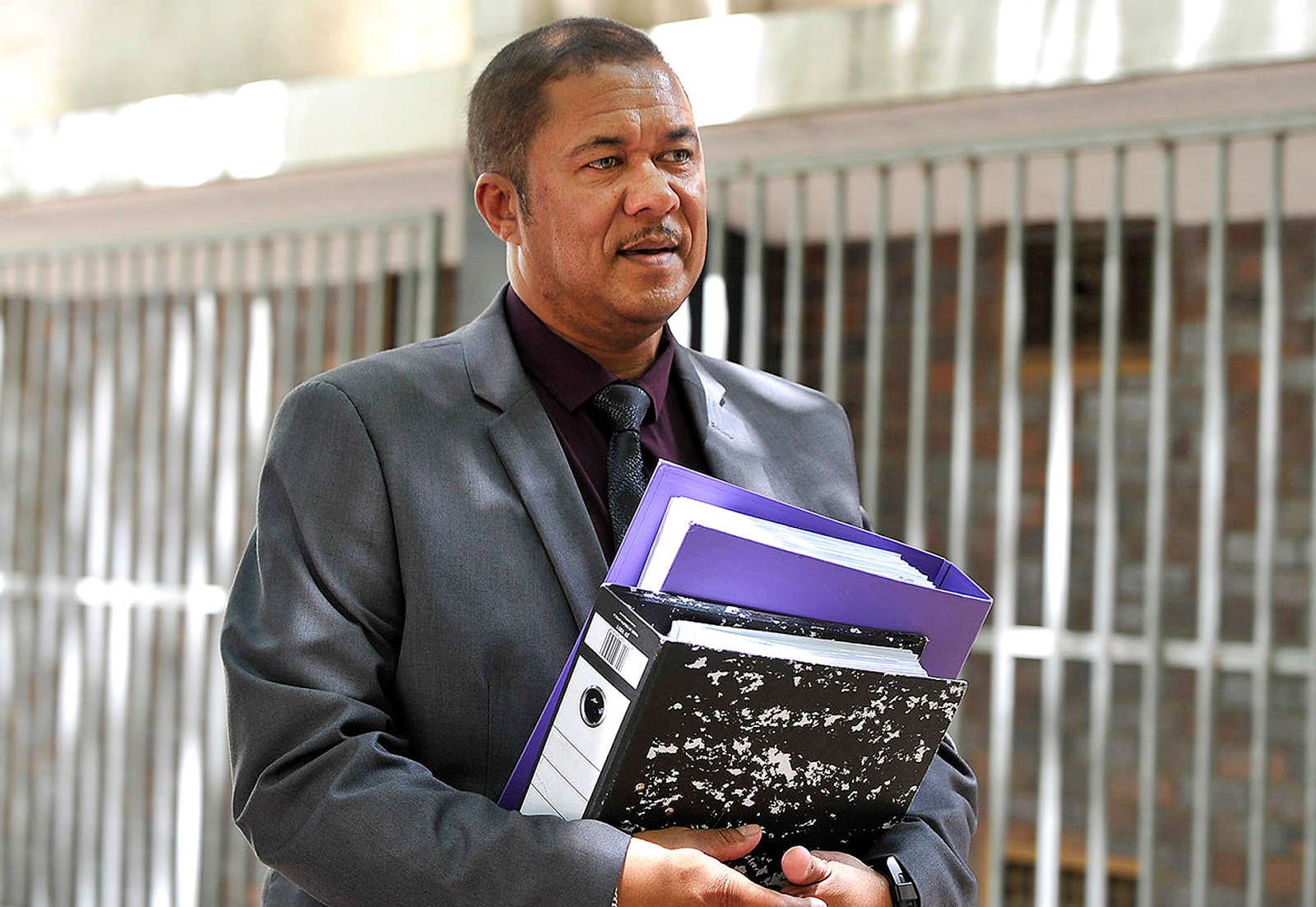 The identity of Mr X, the man who allegedly asked the murder accused Zane Kilian to ping the phone of murdered Anti-Gang Unit Lieutenant-Colonel Charl Kinnear, was a focal point on Thursday, 11 March, during the heads of arguments in Kilian’s bail application in the Bellville Regional Court.

Mr X, initially referred to as Mr Mohamed by murder accused Zane Kilian, is central to the plot that claimed the life of Anti-Gang Unit (AGU) Lieutenant-Colonel Charl Kinnear. Mr X allegedly set the plot in motion. Kinnear was assassinated on 18 September 2020 in front of his house in Gearing Street, Bishop Lavis, Cape Town.

Kilian, since his arrest on Wednesday, 23 September 2020, has claimed that Mr Mohamed asked him to ping the phone of his wife who was allegedly having an extramarital relationship. However, Hawks investigator Pieter Joubert, in his initial affidavit, stated that Kilian admitted the person he referred to as “Mohamed” does not exist and divulged the true identity of the person referred to as Mr X.

The identity of Mr X was a focal point on Thursday 11 March, during the heads of arguments in Kilian’s bail application in the Bellville Regional Court. The issue was highlighted when Joubert, in his replying affidavit, said that the second investigating officer, Captain Edward du Plessis, had received a threatening phone call and was told that there was a R1-million hit out on him.

Joubert said that the perpetrator of the intimidating call was employed by Mr X and supplied the same residential address as Mr X.

The following day, a clearer picture of Mr X’s identity emerged after the arrest and appearance of a suspect in connection with the threatening phone call made to Du Plessis.

Hawks spokesperson Colonel Katlego Mogale confirmed the person who allegedly made the threatening call, Petrus Hermanus Visser (30), appeared in the Bellville Magistrates’ Court on an intimidation charge and was released on R20,000 bail.

Mogale said: “Visser, a security manager to Nafiz Modack, handed himself over to the Hawks officers, accompanied by his attorney, after a warrant for his arrest was issued by the court.

“It is alleged that in January this year, a police captain received a telephone call, threatening him by indicating that a million rand has been paid for his assassination.”

On Sunday, 14 March, Modack refuted claims that he is Mr X: “I’m not Mr X. I am Nafiz Modack. The members of the Hawks are the ones intimidating me and my family.

“It makes no sense why someone would tell another person there is a hit on him and warn him of such if he wants the supposed hit to be successful. He wouldn’t warn a person… that is just common sense.

“The Hawks said many moons ago that Mr Kilian gave them the information as to who instructed him, who the so-called Mr X is. Then why did they not arrest Mr X, why not obtain a warrant for him if you have information under oath of the person who orchestrated the murder of Kinnear?”

He maintains he had nothing to do with the murder of Kinnear.

The case against Visser has been postponed to 7 April. A decision will be made on Kilian’s bail application on Thursday, 18 March. DM/MC