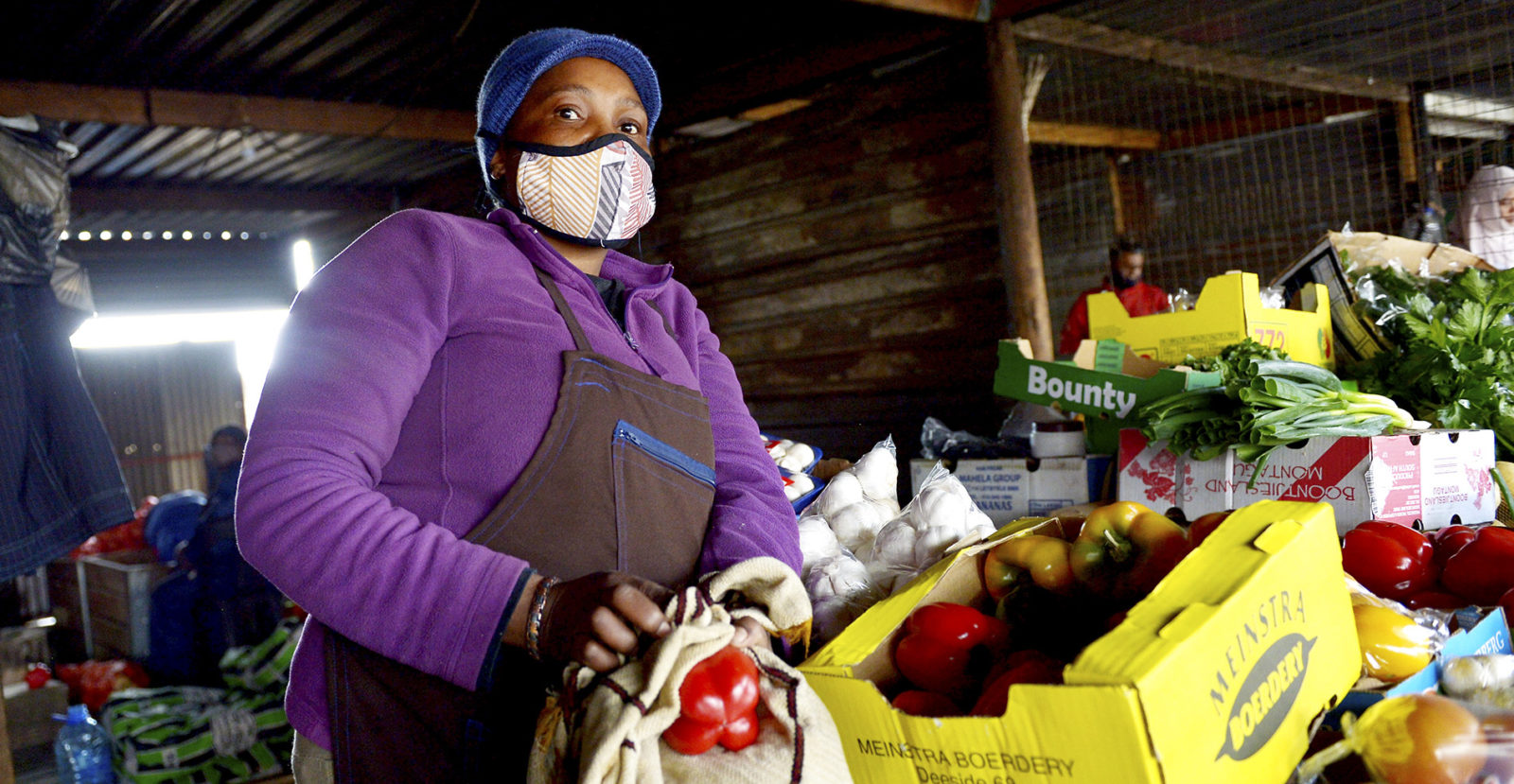 Most informal traders are women. Many have lost their jobs and those who continue to work report working fewer hours and/or earning less than they did before the crisis. (Photo: Gallo Images / Ashley Vlotman)

‘During Covid, the government never assisted us with anything... we are suffering in the streets. Mothers are suffering because their kids are forced to drop out of school. We are in serious debt’ — informal trader, Miriam Sibiya.

Women in Informal Employment: Globalising and Organising (Wiego) and UN Women have put together an initiative called Coping in Crisis: Informal Workers’ Lives and Livelihoods during Covid-19. It aims to show the gendered impact the pandemic has had on women, particularly those in the informal trading sector.

The organisations spoke to several informal workers and traders who detailed how difficult Covid-19 had made their lives — from being harassed by metro police and having their goods confiscated, to worrying about how to feed their families and how to get their children to school.

Wiego’s policy brief says the plight and needs of women informal traders can be summed up as follows:

In a video titled Street Traders on the Move, Miriam Sibiya’s voice is strained as she recounts the hardships she has had to endure during lockdown. Sibiya is a member of the Johannesburg Informal Traders Platform and runs a food stall in central Johannesburg.

“During Covid, the government never assisted us with anything… we are suffering in the streets. Mothers are suffering because their kids are forced to drop out of school. We are in serious debt right now,” said Sibiya in the video.

Selina Ndlovu, 42, is a domestic worker in Cape Town. A year ago, she found herself locked down with her former employer, for whom she worked three days a week. She said that in return for very basic accommodation, the employer expected her to babysit and clean up after their children.

Her hours of work were not set and she was told that her off-time would be when the baby was asleep. Selina said she was so exhausted by the unpaid extra work that she considered living under a tree as an alternative arrangement.

Chevonne Jacobs is a “home worker”, which means she is home-based and subcontracted to make products such as garments which are then sold domestically or internationally.

Jacobs said that during the initial Level 5 lockdown, she spent eight weeks at home with no orders coming in: “From being very busy, we went to having nothing. Everything went quiet.”

“It wasn’t just my family, it was all of us… sitting in shock with nothing to do. I thought, I have to do something, so I went through old cupboards and found some bags of material and then I called the ladies.

“I said, ‘come and take what you need and make skirts, pyjamas, masks’. Then at least they had something to sell — even if very cheaply — or to give their children to wear. It lifted their spirits a bit,” Jacobs said.

She said neither she nor anyone she knows received the government’s Covid-19 relief grant or food parcels, for which they applied.

Before the pandemic, self-employed artist and jewellery designer, Ernestine Mohlolobi, was doing well selling her products before her business was ruined by what she says were counterfeit jewellers stealing her designs. She turned to waste reclaiming, where she says the hours are long — but she was able to make a living until lockdown was imposed in March 2020.

Many waste reclaimers went hungry during the initial lockdown as they were not recognised as an essential service and were unable to work. If they did, they faced police harassment. Mohlolobi managed to survive because the African Reclaimers Organisation (ARO) started a funding campaign for reclaimers.

ARO also engaged with the government and the South African Waste Pickers Association and were then able to benefit from the Solidarity Fund’s food packages and use the money from the funding campaign to assist reclaimers.

Speaking about the power of solidarity through organising, Mohlolobi said “there were people who were doubtful; who never believed much in the organisation. But now they are having difficulties… they remember that there is somebody who can help. They see they are not just alone.”

Nokwanda runs a trading stall in Durban’s CBD selling cigarettes, lighters, matches and sweets. She earns R550 a week working from 7.30am to 5.30pm, six days a week.

A Malawian immigrant, Nokwanda tries to send R800 a month back home to help support her three children. However, that became impossible during the hard lockdown.

Her employer denied her request for a loan and she had to rely on the kindness of neighbours who shared their food with her when they could. She also got donations from a nearby mosque.

Nokwanda said she was unable to benefit from government relief funding as she did not have a work permit. She resumed working at the stall in August 2020, but now has the added burden of having to pay back debts and restart her savings, which she had to spend on living expenses.

There are other stories about the disproportionate impact Covid-19 has had on informal traders in South Africa and other parts of the world, which can be read here.

Wiego argues that, given the important role informal workers play in the economy, the government needs to ensure they are better protected during times of crisis. This includes making sure they are included in the initial phases of the vaccine roll-out since they are particularly vulnerable from constantly coming into contact with people. DM/MC