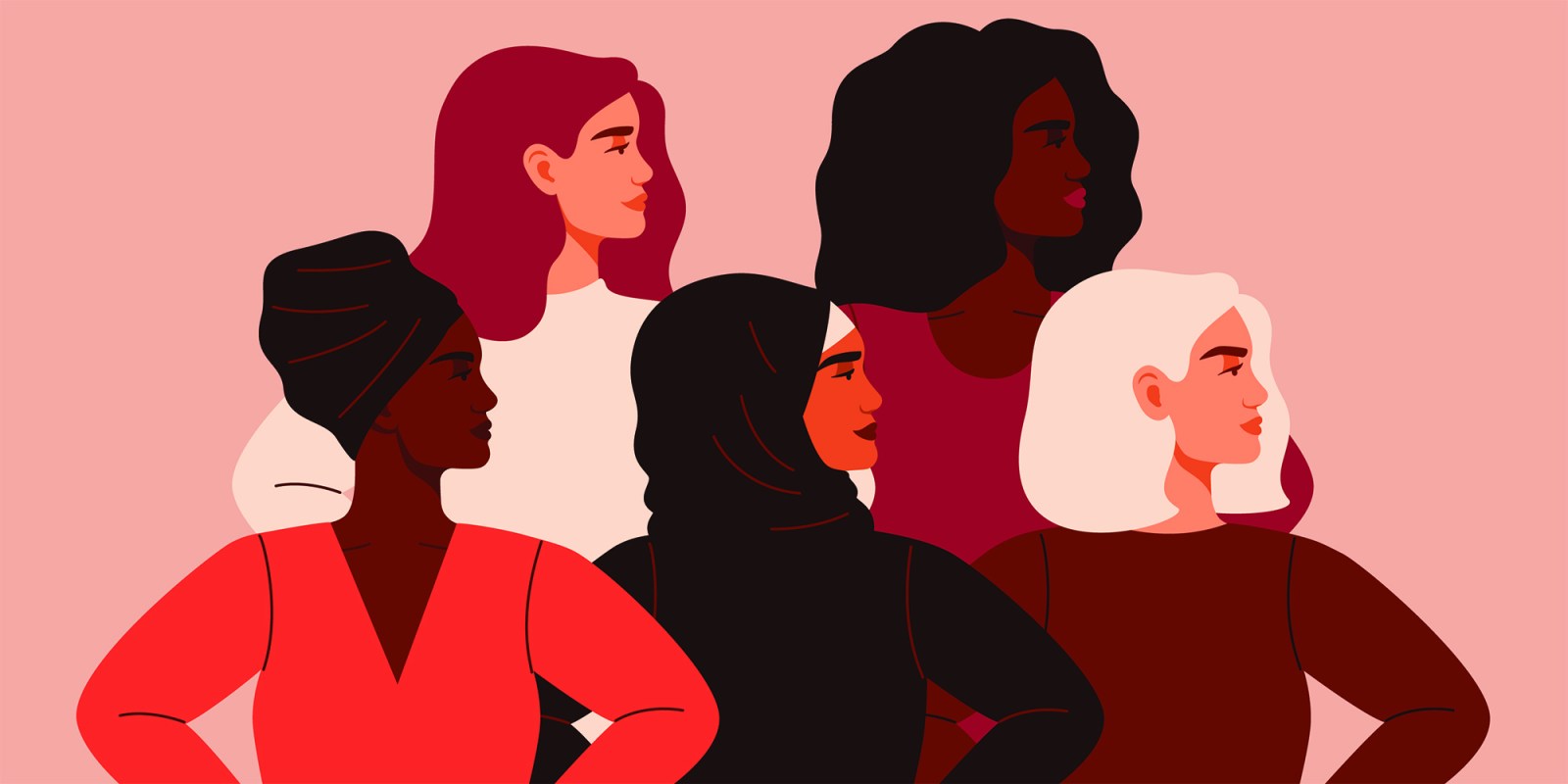 After the inception of International Women’s Day, the story was depoliticised, sanitised and reworked. International solidarity mobilised by socialist feminists for trade union sisters was written out of the story and out of popular imagination.

“Why do we move one step forward and three steps back?” Nardos Bekele-Thomas, representing the United Nations, asked a meeting this week of the UN Commission on the Status of Women (CSW). It was a question that resonated.

Extensive work has been and is being done by women’s movements, progressive governments and civil society to address women’s rights and gender equality, including gender-based violence. Yet the inequality, poverty, war and violence that increase vulnerability to gender-based violence grow like an unstoppable tsunami made worse by the Covid-19 pandemic.

The CSW evaluates world progress on commitments to gender equality and women’s rights contained in the UN Convention on the Elimination of all forms of Discrimination against Women and the Beijing Platform for Action.

Trying to transform the patriarchy and misogyny that go back to biblical and pre-biblical times is not easy. All religious texts inscribe gendered stereotypes and belief systems that normalise patriarchy. The “other”, (based on our sex, gender, race, class, caste, sexual orientation, age, geographic location, disability) is inferior, not fully human, and subject to brutal, inhumane treatment.

Many of those beliefs continue in a racist, patriarchal and neoliberal capitalist world order, which reduces Earth’s natural resources, including land, seed, water, air, energy and even human beings, to commodities to be valued, devalued and traded for the highest profit.

Today (Monday) is International Women’s Day, a day of global solidarity with women who are working class and poor. When we open our phones, iPads and computers we will receive beautifully crafted messages on search engines and social media, often crafted by corporate feminists. The court cases about the children of the Democratic Republic of the Congo (DRC) who died working in mines that provide cobalt to the tech corporations for our digital devices, will remain invisible. So too will the women and the girls who have been raped and killed in the DRC, where capitalism’s law of the jungle, “the survival of the fittest”, facilitates massive corporate profit.

Will we address the central contradiction driving the continuum of violence, inequality and poverty in which patriarchy thrives or will we maintain and perpetuate this mirage? Politics can easily be reduced to competing for positions, status and limited resources. Yet power with feminist solidarity can help transform our world beyond any patriarch’s limited agenda.

The story of one of the first people to receive Switzerland’s vaccine, South African billionaire Johann Rupert, reflects the deep discrepancy in the right to healthcare between rich and poor. The vast majority of South Africans remain trapped in apartheid-era homelands, townships and informal settlements, with little access to interdependent human rights, including healthcare, decent housing, safe and affordable public transport, street lighting, toilets, water, education, safety and security, and food security. There is nowhere to run from misogyny when you are on unsafe public transport or walking down unlit streets, after cleaning the offices of a major corporation, or when your front door or public toilet is kicked down.

HIV activists fought for and won the right to affordable generic medicines that enabled poor countries to provide free medication. In 2001, during parliamentary hearings on the gendered impact of HIV, feminist HIV activists shared how they received little solidarity in South Africa, even from feminist organisations.

It was a shameful moment.

Today, people in South Africa and other middle-income and poor countries continue to die from lack of access to the life-saving vaccine. Pharmaceutical corporations who used public funds to develop the vaccines have patented the vaccines for exorbitant profit. Through the World Trade Organisation, they block access to affordable generic equivalents. Wealthy countries such as the US, EU and Canada have also stockpiled vaccines, millions more than they will need, while poor countries remain without access.

In this time, poor countries are effectively held to ransom. Israel, which is wealthy enough to vaccinate all its own citizens, maintained its blockade of Gaza, delaying Palestinian access to vaccines, until international solidarity exposed what it was doing and forced Israel to allow access.

Vaccine apartheid, like Donald Trump’s presidency, has ripped off the benign mirage of neoliberal capitalism, a system that enables billionaires and their corporations to profit off the pandemic that has claimed more than two million lives. At the same time, US billionaire wealth increased by $1.3-trillion or 44% and billionaires such as Jeff Bezos, worth more than $200-billion, exploits warehouse workers under terrible conditions.

If these corporations simply paid their taxes, it would enable South Africa’s gender-based violence fund and much more to be paid with public funds.

In this time, three million South African have lost their jobs, including two million young black women. Globally, the Covid-19 crisis has resulted in 195 million workers losing full-time jobs. All the work feminists did to secure women’s rights in the workplace mean little as unemployed women are now outside the “workplace”, in an increasingly precarious economy.

Those at the forefront of Covid are women workers – through their paid, unpaid and unrecognised care work. Women as doctors, nurses, community healthcare workers, teachers, housekeepers, cooks and cleaners are serenaded as “heroines”. Yet they receive poor wages and working conditions in the private sector and austerity budgets in the public sector, which cuts jobs and freezes wages. It is a struggle to access protective gear. There is little option beyond packed, unsafe public transport and homes where there is no space to physically distance. Many women struggle to access clean drinking water while grandmothers use pensions to cook food for starving people. Vaccine apartheid cannot be the Trump wall to fend off this global pandemic.

On Monday, when the Biden-Harris administration hit the media with stirring feminist stories to commemorate International Women’s Day, the anti-poor, anti-black and anti-women vaccine apartheid and similar capitalist policies must be interrogated. Women across the world need the truth, not sleight-of-hand tricks that obfuscate.

After the inception of International Women’s Day, the story was depoliticised, sanitised and reworked. International solidarity mobilised by socialist feminists for trade union sisters was written out of the story and out of popular imagination.

Younger generations have excavated the facts beyond what they were fed. They have resuscitated the power of international solidarity, with the old Marxist adage: “Doubt and question everything.” They realise that the international world order is incapable of delivering on the Universal Declaration of Human Rights’ socioeconomic or civil and political rights. They have studied how working women, especially socialist feminists, in the late 19th and early 20th century organised and fought and changed terrible working conditions, including the lack of health and safety, low wages and long working hours – through trade unions and socialist organisations in solidarity with working women, including 146 American garment workers at the Triangle Factory, who were young (including two 14-year-olds) mostly migrant women workers (143) who were locked inside the factory by the owner and burnt to death.

The story of the Triangle workers is replayed across the world in countless similar scenarios. Those who have the power and resources to manipulate the truth also have the power to divert, co-opt and divide feminist struggles, strategies and movements. Today, growing numbers of feminists across many movements are determined not to be bought by corporations, corporate feminists or the patriarchs across our countries, who collude with, or are corrupted by, corporate power.

Feminists are clarifying our vision as we craft feminist agendas. We are learning to still the voices of the patriarchs to connect to our inner wisdom, to listen to and learn from each other. We learn from political activists, trade unionists, feminist organisers, teachers, artists, ecologists, factory and farmworkers, musicians, yogis, meditators, authors, filmmakers, sportswomen, scientists, healthcare workers, indigenous healers, food activists, data specialists and more, across generations.

Today, as we forge feminist solidarity, we celebrate this wealth, including in the Earth herself. In this time of illness and death, we are invited to gently glide into her waters, to welcome the sun rising, to breathe deeply, to dance wildly and to open our hearts to life’s creative possibilities. DM/MC

Pregs Govender is a feminist writer and teacher who served as a trade union educator (1987-1991), an MP (1994-2002) and Human Rights Commissioner (2009-2015). She is the 2021/22 recipient of the inaugural Sonke Feminist Leadership Fellowship. This op-ed is based on a guest speech to Ilitha’s UNCSW Consultation and interview with KPFA Radio’s IWD feminist programme. Follow her writings here.