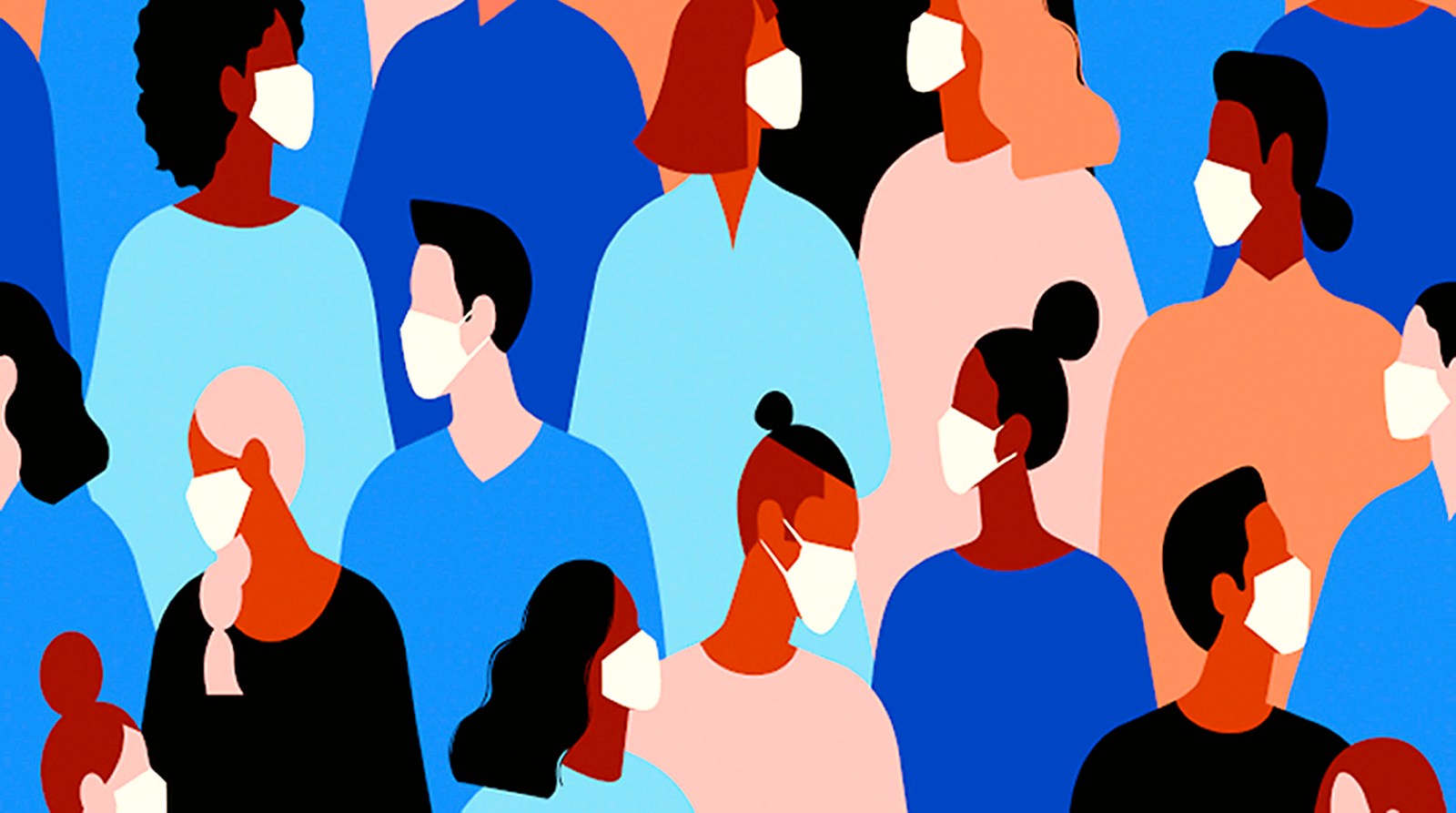 In the past 20 years, Biovac has produced one vaccine. (Photo: manufacturingchemist.com / Wikipedia)

Inclusive growth during a pandemic looks as elusive as ever, but it’s less about economics and more about politics. A Wits webinar session Professor Imraan Valodia and Judge Dennis Davis dived into the quagmire.

It was pouring with rain when Cyril Ramaphosa and a clot of politicians stood on the airport tarmac in late January to welcome the first batch of Covid-19 vaccines.

That soggy image got economist Professor Imraan Valodia wondering just how South Africa got to the point of having to import vaccines in the first place. What happened to its vaccine production capability?

His questions led to bigger questions: what’s happened to South Africa’s inclusive economic growth plan? What happened to the promise of a better life for all?

The answers, the dean in the Wits Faculty of Commerce, Law and Management says, include the tale of South Africa’s vaccine institute, Biovac, formed 17 years ago according to public-private partnership principles. Until June 2020, it was split into 52.5% private consortium and 47.5% government.

“In the last 20 years Biovac has produced one vaccine in the country [the last being the BCG tuberculosis shot that ceased production in 2001],” said Valodia, who also sits on the Presidential Economic Advisory Council.

Valodia was speaking as discussant to a presentation by retired judge Dennis Davis in a virtual webinar at Wiser (Wits Institute for Social and Economic Research) on Monday.

The session homed in on “the Biovac failure” (as Valodia called it) as one of a number of failures now colliding in a time of pandemic crisis.

This collision is at the heart of what affects the mammoth task of putting an effective roll-out strategy into action. Just more than 76,000 people had been vaccinated in South Africa by 2 March. It’s a desperate shortfall to meet an effective target to stave off a third wave that’s expected to surge by June.

Davis’s presentation also comes against the backdrop of countries, led by South Africa and India initially, still arguing the case for the World Trade Organisation (WTO) to impose a temporary intellectual property waiver on Covid-19 vaccines to unlock the manufacturing and distribution controls for global benefit.

A successful outcome of a TRIPS (Trade-Related Aspects of Intellectual Property) waiver will be a victory, but for South Africa, it circles back to the question of lapsed capability to produce vaccines locally – back to the Biovac failure and ultimately back to the underlying reasons for the elusive plan for inclusive economic growth, central to Davis’s presentation.

“The Budget is devastatingly silent on vision. There is a missing path of inclusive growth – I see no such plan and the Budget speech was little more than a bookkeeping exercise,” he said.

Davis extracted key numbers from the Budget speech that he said needed to dominate more to confront what South Africa has become: an “incapable state”. The government “only woke up on 6 January realising that it should have been negotiating vaccine procurement beyond the Covax agreement months ago”.

Davis said there should be more transparency and better communication from the government – starting with a president who is open to taking questions and being engaged in live debate with the media and the public.

The Covax arrangement was a way for countries to pool funds to buy vaccines and required an upfront deposit. South Africa also hadn’t entered into advanced market commitments (AMCs) for vaccine procurement. AMCs are the WHO’s “legally binding agreement for an amount of funds to subsidise the purchase, at a given price, of an as yet unavailable vaccine against a specific disease causing high morbidity and mortality in developing countries”. It would mean guaranteed access to a vaccine once it is developed.

Without any planning and foresight, the country has been left in a weakened position, unable to strike better vaccine deals and having to suck up being overcharged for what’s coming in.

The government also approved a “parsimonious increase in social grants”, which Davis said amounts to decreased spending on these by 2.2% over the next three years.

“In monetary terms, none of these grants will exceed an increase of R30 per month. This parsimony takes place in circumstances where, on the basis of the Budget Review alone, more than nine million beneficiaries are dependent upon these grants.”

Added to this, Davis said that 20c to that rand now goes towards servicing debt; tax collection has dropped – R230-billion less in the last collection period; and projected growth forecasts dipped from 3.3% to 2.4% the following year.

“Treasury, in each budget year, has overestimated the real GDP growth figure. Secondly, notwithstanding the government’s continual broadcasting of its reconstruction plan and inflow of billions of rand of foreign direct investment coupled with domestic investment, it is unlikely that the country will, in real terms, attain the GDP figure of 2019 until, at the earliest, 2023.”

Davis also called out corruption that has “riddled the state”, saying “the ANC is not truly committed to govern via the guardrails of the Constitution”.

It’s a bleak picture and there are no silver bullets, Davis admitted. But he said there are immediate pushes that need added vigour: fixing infrastructure to secure energy supply that includes renewables; arresting the deep rot of the rail and transport networks; and focusing on science, technology and innovation while confronting falling education standards. This dire state of poor-quality schooling, even as education takes the biggest chunk of the Budget at R387.2-billion for 2020/21 and is expected to receive R416-billion in 2023/24.

It also comes down to putting the right people – “courageous, competent and independently minded people” – in strategic roles and ultimately “a realignment of politics because this is not a problem of economics, it’s a problem of politics,” Davis told Maverick Citizen later.

Davis said there should be more transparency and better communication from the government – starting with a president who is open to taking questions and being engaged in live debate with the media and the public.

Valodia too said the “extremely disappointing Budget amounted to a debt consolidation plan, not a growth plan”.

He cautioned, though, that jumping to austerity as the “way out of our mess” is a mistake. Any austerity package needed the balance of a growth strategy. “We have to grow our way out. We need substantial public investment and things that reshape the balance of power between bigger business and small business. We need to open economic opportunities for people and there needs to be more public-private partnerships focused on infrastructure investment.”

Like Davis, Valodia says politics underpins it all – politics that has left South Africa with degraded state capacity and capability. For Valodia it means Ramaphosa’s political long game is not going to cut it. Simply put: “It’s time for hard choices.”

Meanwhile, Biovac CEO Dr Morena Makhoana told Maverick Citizen that the company is about to shake off its almost-white elephant status with new projects on the horizon. He said they are set to “produce in the fourth quarter 2021 the Pfizer pneumococcal vaccine, are developing a Group B Streptococcus vaccine. The project is still in preclinical phase.”

But he could not elaborate on if, when and how Biovac will produce Covid-19 vaccines. “At this time we are unable to disclose the nature of these discussions [with global pharmaceutical companies on the local manufacture and production of the vaccines]. In the meantime, we are lending support to our government’s efforts in procuring the necessary vaccines from licensed manufacturers.” DM/MC