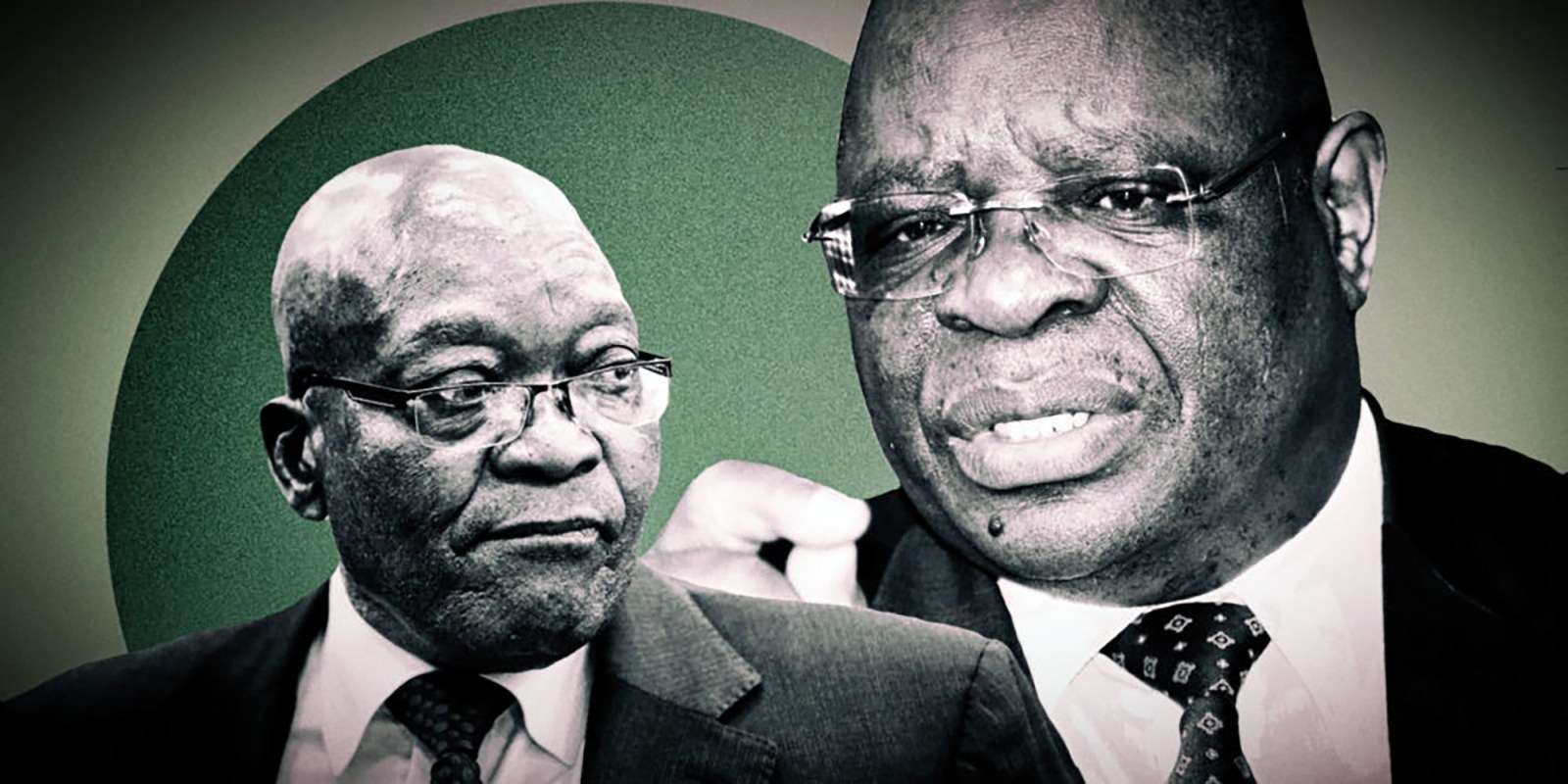 The former president’s foundation has continued its attempt to discredit the judiciary and the State Capture Commission, likening his treatment by Deputy Chief Justice Raymond Zondo to the apartheid government’s oppression of black leaders. However, the law, which rarely concerns Zuma, is clear-cut.

The Jacob G Zuma Foundation, which the former president has appeared to use as his public mouthpiece, has criticised the State Capture Commission for asking the Constitutional Court to impose a two-year prison sentence for his failure to appear at and cooperate with the inquiry.

“The 1946 [Commission’s] Act talks about six months’ imprisonment, or 55 Pounds fine, not the two years’ imprisonment the Honourable Judge who is chairing the Commission alone, suggests,” the foundation said on Monday.

“The Master Has Directed, it is clear that laws are being changed to deal with President Zuma, like how the Apartheid Government created Sobukwe laws to deal with Sobukwe,” it continued.

Throughout his quest to evade accountability, Zuma has repeatedly claimed victimhood, associated his defiance with the struggle against racial oppression and made vague references to plots by unknown forces (white minority capital and its agents) to persecute him.

His foundation’s comments, however, have no grounding in law or reality.

The foundation cited the penalties that can be imposed for defying the Commissions Act of 1947 to justify its claim of Zondo’s bias and his alleged attempt to find Zuma “guilty by hook or crook to deliver him to some hidden masters”.

It then referred to the 1963 law aimed at keeping PAC leader Robert Sobukwe in prison indefinitely, despite the Constitutional Court’s criticism of Zondo for treating Zuma with kid gloves.

“Indeed, it sounds like an old apartheid regime in the hands of Black Leaders in the Democratic South Africa,” Zuma’s foundation said.

The State Capture Commission applied to the Constitutional Court to impose a two-year prison sentence on Zuma for defying that court’s order that he adhere to summonses to testify and directives to submit affidavits on specific accusations. Zuma continued to refuse to participate, defying a court order.

The commission’s application relates to Zuma’s defiance of the ConCourt order, not his breach of the Commissions Act. The former president has attempted to frame the issue as a battle between him and Zondo – a supposedly progressive leader against the status quo – but it’s much more mundane.

Zuma defied a fundamental principle of justice, one that emphasises equality before the law. He defied a court order that simply required him to appear at the commission.

UCT constitutional law expert, Professor Pierre de Vos, said simply: “This places Zuma in the same category as the deadbeat dads who fail to pay maintenance and the spendthrift grifters who refuse to repay their creditors, despite being ordered to do so by a court of law.”

It’s hardly comparable to the blatantly oppressive and unjust treatment of Robert Sobukwe.

In its court application the commission offered Zuma a lifeline to avoid prison. It said the court could suspend the order “if the court is of the view that Mr Zuma should be afforded a final opportunity to comply with its order before he can be imprisoned”.

The Jacob G Zuma Foundation claimed the former president had made this offer previously, which the commission had refused. It suggested Zondo was returning to court unnecessarily.

But Zuma has openly stated that he will not participate in the commission and has suggested he will only testify on his terms, once Zondo is recused.

His response to the commission’s Constitutional Court application is part of the campaign to discredit the judiciary as a biased arm of President Cyril Ramaphosa’s government. EFF leader Julius Malema recently latched onto the project, joining members of Ace Magashule’s faction of the ANC.

But Zuma’s challenges are more acute than those of his allies. By taking every precaution in dealing with the former president and then approaching the ConCourt, Zondo has pushed him into a corner: he’ll have to testify at the commission or likely face a significant sanction.

The Constitutional Court has indicated that it will hear argument on the commission’s application for Zuma to be held in contempt later this month.DM