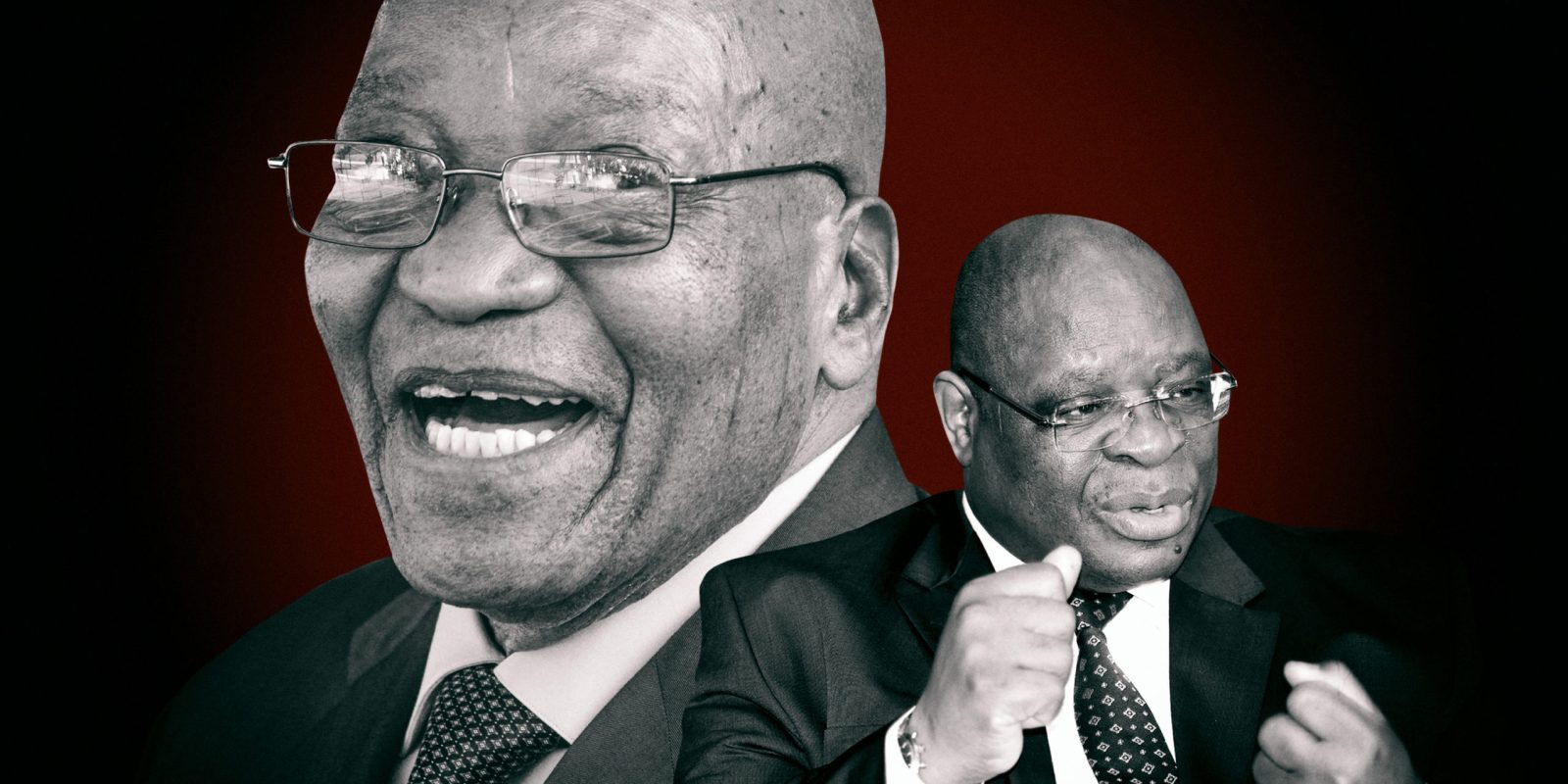 Deputy Chief Justice Raymond Zondo entertained Jacob Zuma’s delaying tactics at the State Capture Commission to the point where his fellow Constitutional Court justices criticised his inquiry’s ‘maladroit’ conduct. The court affirmed the inquiry’s powers, but it will be up to Zondo to use them as Zuma’s date with accountability looms.

The State Capture Commission only won its case against Jacob Zuma due to the magnitude of the allegations against the former president and their implications for accountability and democracy.

For almost two years, Deputy Chief Justice Raymond Zondo decided not to use his powers under the Commissions Act to compel Zuma to meaningfully participate in the inquiry. He entertained Zuma’s endless squabbles and his team negotiated in good faith with someone who only stood to benefit from derailing the commission’s work.

On Thursday, Zondo’s colleagues in the Constitutional Court affirmed his authority at the State Capture Commission, but much of the judgment deals with how his team had to rush to the apex court, months before Zondo’s final deadline, to compel the inquiry’s most important witness to appear and answer questions.

The law is clear: Zondo has the power to issue summonses to compel witnesses to appear and answer questions. If they fail to appear or leave without permission, they are guilty of an offence and liable to a fine, six months’ imprisonment, or both.

Zondo finally used those powers in late 2020 and the commission laid a criminal charge against Zuma when he left without being excused. The case is being investigated by the Hawks.

Why did it take so long?

It continues: “Despite the constitutional injunction of equal protection and benefit of the law, of which the Commission was aware, for reasons that have not been explained the Commission treated the respondent differently and with what I could call a measure of deference. He was only subjected to compulsion by summons when it was too late in the day.”

Zuma’s supporters have accused Zondo of unlawfully targeting the former president, but, in fact, the commission trod softly.

The judgment notes Zuma’s repeated failure to comply with directives requiring him to respond to testimony that implicated him. It notes how Zuma decided to withdraw from participating in the commission when he felt he was being cross-examined in July 2019.

It goes into detail on the back and forth between the commission and Zuma’s lawyers as they took offence at every request and repeatedly delayed proceedings.

The court took particular issue with how the commission’s lawyers, in December 2019, decided to finally consider issuing Zuma a summons.

Rather than following the Commissions Act, they notified Zuma that they intended to bring an application to Zondo seeking a summons.

Privilege against self-incrimination is not there for the taking by witnesses. There must be sufficient grounds that in answering a question, the witness will incriminate himself or herself in the commission of a specified crime.

“No substantive application on affidavit is required for that purpose. Nor is the witness to be summoned entitled to a hearing or an opportunity to make representations before the summons is issued,” reads Thursday’s judgment.

That application was scheduled to be heard in January 2020 but Zuma’s lawyers said he would be abroad seeking medical treatment. The commission could have heard the application in his absence but it chose to wait.

The matter was delayed again by the Covid-19 lockdown and was only heard in October 2020, in Zuma’s absence, before a summons was finally issued.

“The red lights started flashing in July 2019 when the respondent unilaterally decided to withdraw from further attendance. Later in September 2020, having berated the Chairperson for not consulting his attorneys, [Zuma] made it plain that he will not participate in the hearings unless the Chairperson recused himself. This was a build-up to what happened in November 2020,” the judgment continued, referring to Zuma’s decision to leave the hearing.

“However, the Commission’s maladroit conduct described above is not decisive of the interests of justice issue,” the judgment continued.

Despite the commission’s failures, the court ordered Zuma, who didn’t participate in the Constitutional Court case, to obey the summonses and directives, appear and answer questions.

The court rebuked the former president: “The respondent’s conduct in defying the process lawfully issued under the authority of the law is antithetical to our constitutional order.

“We must remember that this is a Republic of laws where the Constitution is supreme. Disobeying its laws amounts to a direct breach of the rule of law, one of the values underlying the Constitution and which forms part of the supreme law.”

It ruled that Zuma does not have a right to remain silent. He does have a right not to incriminate himself, but that’s not a blanket privilege.

“Privilege against self-incrimination is not there for the taking by witnesses. There must be sufficient grounds that in answering a question, the witness will incriminate himself or herself in the commission of a specified crime,” said the court.

The Council for the Advancement of the South African Constitution (Casac) was admitted as amicus curiae in the case and its executive director, Lawson Naidoo, told eNCA the ruling meant witnesses could not repeatedly claim the right against self-incrimination, without basis, as former SAA chairperson Dudu Myeni did when she appeared.

Casac had argued that the privilege should not be allowed in a commission of inquiry, which the court dismissed. Naidoo called the judgment’s caveats on invoking the right “a big step forward”.

The same rules, however, appeared to exist when Myeni testified at the commission. Zondo largely allowed her to invoke her right against self-incrimination, even on trivial details, and only intervened when evidence leader advocate Kate Hofmeyr pointed out that her refusals were not based on valid legal reasons.

When Zuma returns to the commission he is likely to try to invoke his right not to comment for fear of criminal prosecution. Zondo will have to decide whether those fears are legally valid.

If Zuma defies Zondo’s instructions to appear or answer questions, he could face further criminal charges.

The former president always appears to have a reason to delay proceedings, but accountability appears slowly to be catching up with him. The commission’s last summons required him to give testimony from 15-19 February 2021.

He’s due back in the Pietermaritzburg High Court on 23 February on racketeering, money laundering and corruption charges related to the Arms Deal. A warrant of arrest was issued in that case in February 2020 after Zuma skipped a court appearance but it was withdrawn after he produced a doctor’s letter confirming he was ill. DM