Resilience pays off for Atteridgeville matriculant with stellar grades 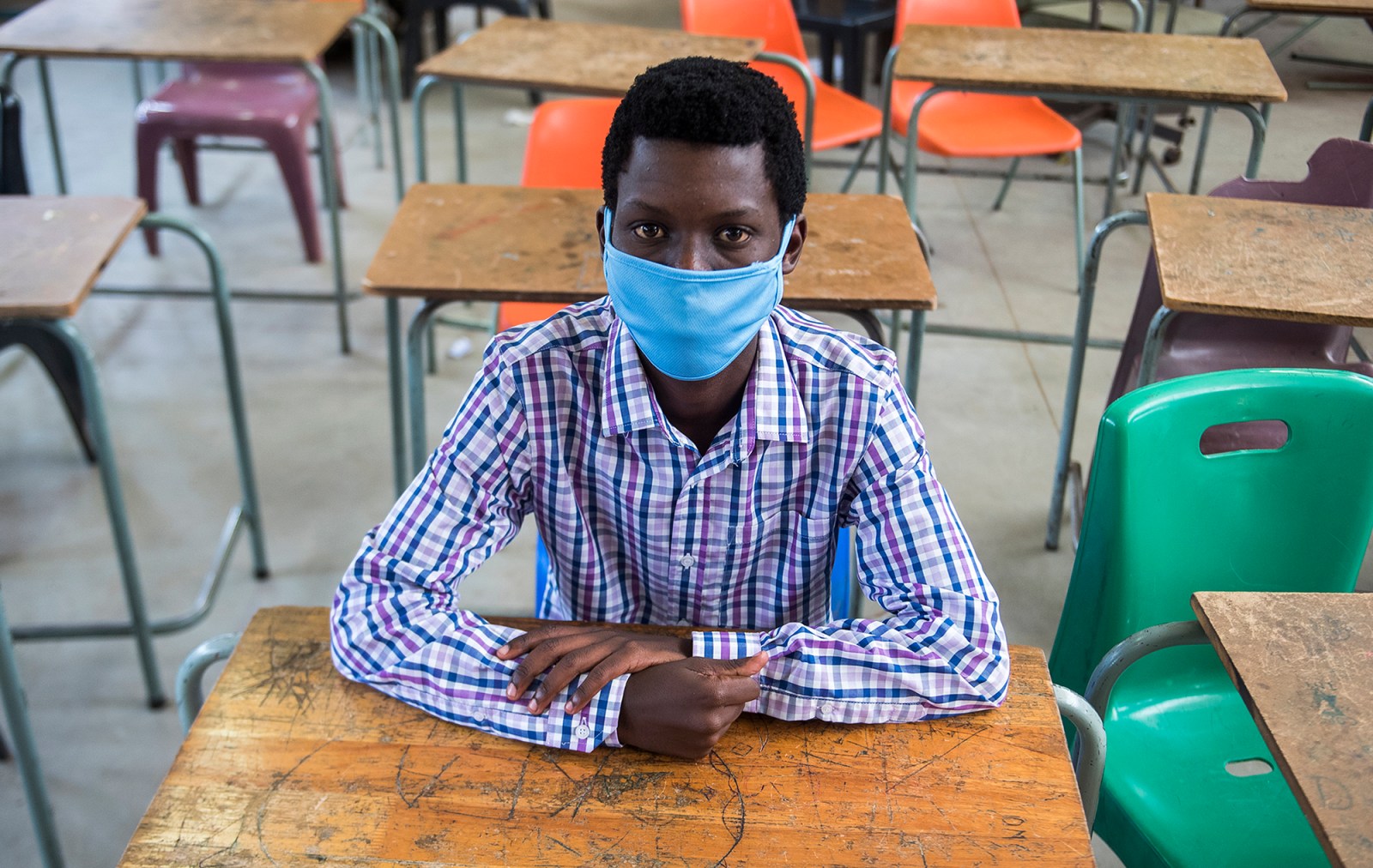 Like many other pupils, for Selaelo Mmolai learning from home was a mountain to climb. If it wasn’t the noise made by younger siblings fighting over the remote control, it was the challenge of access to data and learning material.

In 2017 Selaelo Mmolai failed Grade 10 – a combination of poor friend choices and his secret struggles with mathematics all contributed to his temporary setback.

Three years later, the 19-year-old is “the top-performing learner” at his school, Bokgoni Technical Secondary in Atteridgeville, for achieving stellar grades in his National Senior Certificate (NSC) examinations.

“I cried. I failed Grade 10? No one believed it happened to me, neither did I,” a giggling Mmolai said. “I’ve always been that kid who loves books. The nerd that always achieved good grades.”

That was his bugle call. He made new friends, dumped the ones who influenced many of his bad choices, swapped classes and relied on his sisters to occasionally help tackle maths, once his Achilles heel.

His sister, Tebatso Mmolai, told DM168 he used to fear mathematics. It was one subject that gave him sleepless nights and made his Grade 10 a terribly unforgettable year.

The circle of friends he held on to until his matric encouraged “healthy competition”, as he calls it. “We knew that if one of us gets a better mark for a particular subject, the goal for the rest of us is to beat that mark.

“We were very competitive, but it was healthy competition.”

Just like many teenagers, Mmolai finds comfort in rap music, and he waxes lyrical about US rapper Kendrick Lamar. If he is not exchanging raps with his friends, he is jogging or watching soccer.

“When my head is not buried in my books, I jog; it helps me clear my mind,” he says.

When Covid-19 landed on South Africa’s shores in March 2020, it sent packing many people’s hopes, dreams and prospects for the future. The country, like the rest of the world, stood still.

“At first I thought there is a tough road ahead because of Covid. But as I went by, I realised that this virus will not stop me from achieving whatever it is I want,” he said. “It’s my life, after all, and I have to make the best out of it.”

Mmolai exhibits the resilience that was commended by Minister of Basic Education Angie Motshekga when she announced the 2020 matric exam results.

His mother, Oxinah Mmolai, said her son was the first in the family to make such an achievement, and he would be the first to go to university. “I never imagined that my son could make me this proud.”

She travelled from Limpopo on Wednesday evening and arrived in Pretoria on Thursday morning to see the results for herself, because she was still in disbelief.

Like many other pupils, for Mmolai learning from home was a mountain to climb. If it wasn’t the noise made by younger siblings fighting over the remote control, it was countless visits to the fridge that could take away an hour from one’s study time.

Gaping challenges such as access to data and learning material posed the greatest challenge, said Mmolai.

At times he would go days without data, which meant that he could not download the learning materials and tutorial videos shared by his teachers in a WhatsApp group created for the matric class.

“Sometimes my mom would not have the money for me to buy data and I would ask my cousin. If he too could not help, I would go chill at our local park that has Wi-Fi and download all my learning materials from there.”

Although the dedication and effort of Mmolai and the thousands of other learners earned them their well-deserved university entrance passes despite the challenges they faced, the silent heroes of this triumph are the teachers, district directors and parents who provided a solid support network for them to flourish.

As is the case with many poorly resourced public schools in the country, Bokgoni faced multiple challenges, including infrastructure, a shortage of teachers and a lack of parents who could afford to pay fees.

Kekana’s office could easily pass as a medal and trophy boutique. From wall to wall, her office is covered in accolades the district she runs has won over the past 10 years she has been in office.

“When I started in this district in 2011, I knew they had the capacity. But it was challenging to put in systems that made the district where it is now. The most important thing was to find qualified educators to have a quality education. In terms of appointments, I never compromise. Secondly, the involvement of parents has worked for us,” she said.

Kekana runs Tshwane South like a well-oiled machine. Every two weeks she holds circuit meetings with all teachers in the district. Once a month she hosts meetings with parents who, at the start of the year, are given the year’s programme to help guide their kids.

According to Kekana, regular meetings with parents are used to  explain their role in the success of the learners.

For her strategy to uplift township schools to work, she needed buy-in from principals.

“When I first got here, the principals’ meetings were not taken seriously. So I changed the direction of those meetings. I don’t go to those meetings to address policy issues only. We motivate each other. Offer direction on certain day-to-day challenges that come with running a school,” she said.

Under her leadership, schools such as Bokgoni – once called Gauteng’s worst-performing school – have remarkably improved their pass rate. From a 32% pass rate in 2016 to 88% in 2020, Bokgoni has become one of the most sought-after schools in Atteridgeville.

Although she retires at the end of March, Kekana leaves behind an incredible body of work and will continue to mentor district directors in parts of the country. It is thanks to committed civil servants such as Kekana that learners like Mmolai can look forward to a brighter future.

In the coming weeks, he will start his pharmacy studies at the University of the Witwatersrand.

“I want to own a pharmacy one day open to serving my community,” he says. DM168