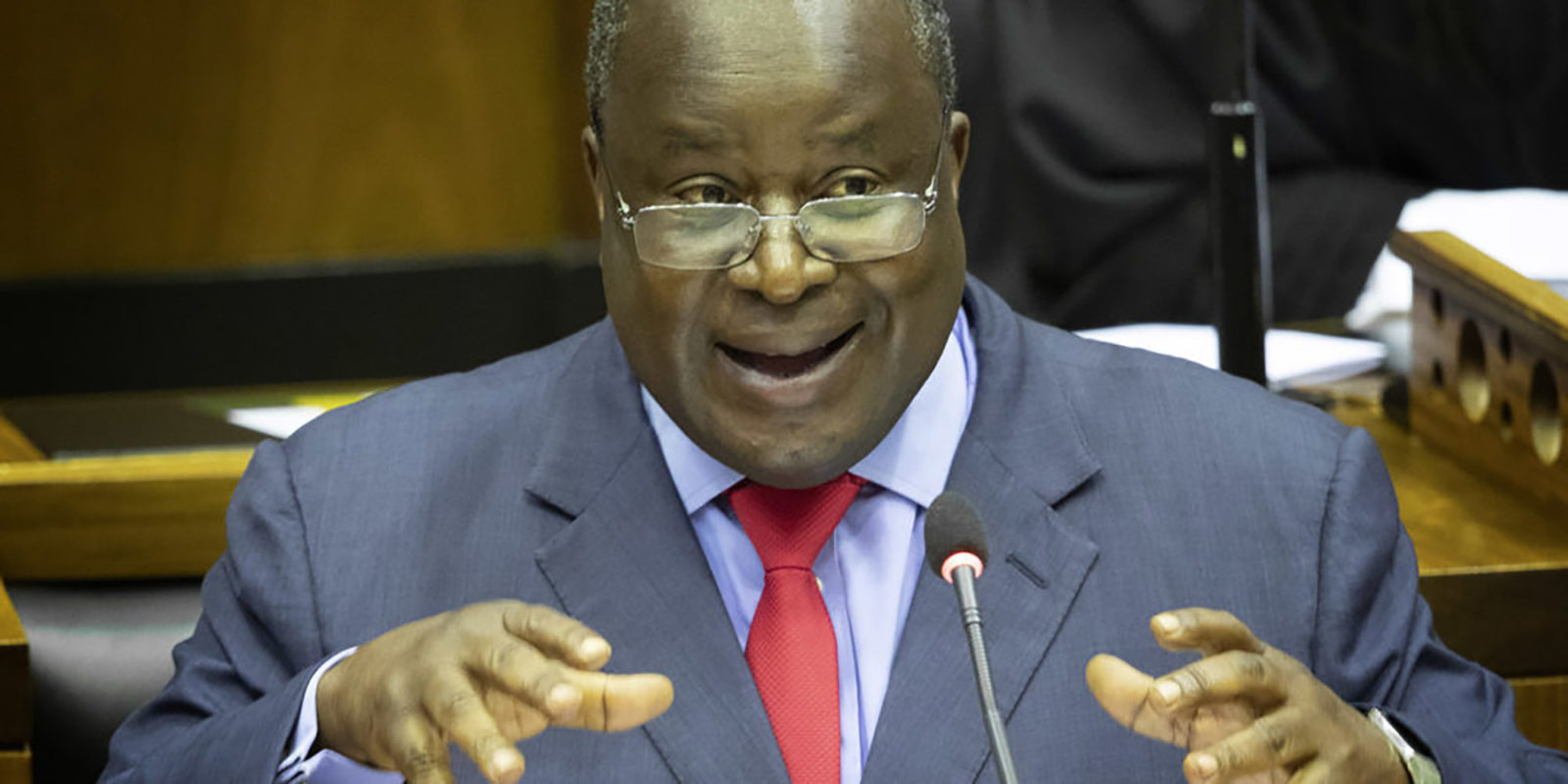 The R800-million cost of the Zondo Commission has already paid for itself. For one thing, the management consultancy McKinsey has settled a R600-million debt after negotiation with the commission.

He said it had cost more than any judicial inquiry in post-apartheid South Africa, was taking too long and had better get the job done. Wow! His riposte was sharp, fast and quickly headlined to add to growing political pressure on Zondo and his team.

The ANC deputy secretary-general Jessie Duarte had already fired a broadside at the judge telling him to stay in his lane when he questioned MPs about their oversight role in the era of State Capture, which my colleague Marianne Merten has tallied at the cost of R1.3-trillion. Mboweni is playing tough guy to tame public finances. A debt spiral looms, with borrowings now equal to 80.3% of GDP – and that won’t be paid off soon with anaemic growth levels.

He is grumpy and saying “no” to everybody, including pensioners and children reliant on grants. They got less than inflation-based increases on Budget Day. So, in that context, his broadside at the cost of Zondo’s commission fits the script.

But Mboweni is also a politician and the ANC is facing its Ides of March at the Zondo Commission from next week. The party has had to prepare nine affidavits for the commission and President Cyril Ramaphosa is expected to be its final marquee witness as it wraps up at the end of March.

You can expect the rhetoric about the commission and its work to get louder and louder.

Viewed in this context, Mboweni’s words are less than salubrious. Our government wastes money like Kim Kardashian at an island birthday party. Daily Maverick has reported this week how the Health Department has blown more than R40-million on Covid-19 communications when the state has a full-service, multibillion-rand Government Communication and Information System (GCIS) to do exactly that. So, why the splurge?

Earlier this month, Maverick Citizen editor Mark Heywood uncovered the unbelievable news that the Gauteng Education Department had splurged more than R400-million on cleaning schools. The Western Cape did it for R4-million. Our money runs like water through our government’s hands and Mboweni, as custodian of the public purse, does not speak out about this as forcefully as he did about the Zondo Commission. It’s a political Janus face.

The R800-million cost of the Zondo Commission has already paid for itself. For one thing, the management consultancy McKinsey has settled a R600-million debt after negotiation with the commission. But the moral credit of the commission is much greater.

The daily recounting of the era of grand corruption in South Africa with the meticulous work by the commission’s investigators and its lawyers is like a real-time master class in understanding the system of patronage and crony capitalism that ate up our country’s constitutional vision.

That constitutional vision is of a thriving and progressive social democracy, which places social justice at its centre. That heart centre was steadily eroded in the 26 years of freedom by the systems the Zondo Commission is helping us understand.  We will only know its thesis of State Capture when the final report drops with President Cyril Ramaphosa at the end of June, but already it has shown how the state-owned companies were easily repurposed to feed patronage networks.

It has revealed how the tender system has been corrupted by provincial businesspeople acting in cahoots with politicians and civil servants – 41% of all spending happens in provinces and a large percentage of it is looted every month, if you read the local and community media.

The Zondo Commission has also shown how the precious public rand’s parliamentary oversight system was debased by systems of what Duarte called “democratic centralism”. To whom do MPs answer: their publics or their parties? This will be an essential question that Judge Zondo and his team have started to answer for us.

The country, which should have its eye on the vaccine rollout, is instead high on the spectacle of former president Jacob Zuma giving the commission the runaround while tweeting from Nkandla, the homestead we zhooshed up at the cost of more than R300-million.

By taking a populist swipe at the Zondo Commission, Mboweni played straight into the hands of the crowd ganging up against all that the commission has taught us and all it is about to report on. The Pilchard may be doing his national duty by calling out overspending wherever he finds it, or he may be playing politics. I hope it’s the former. DM168

Ferial Haffajee is an associate editor at Daily Maverick.