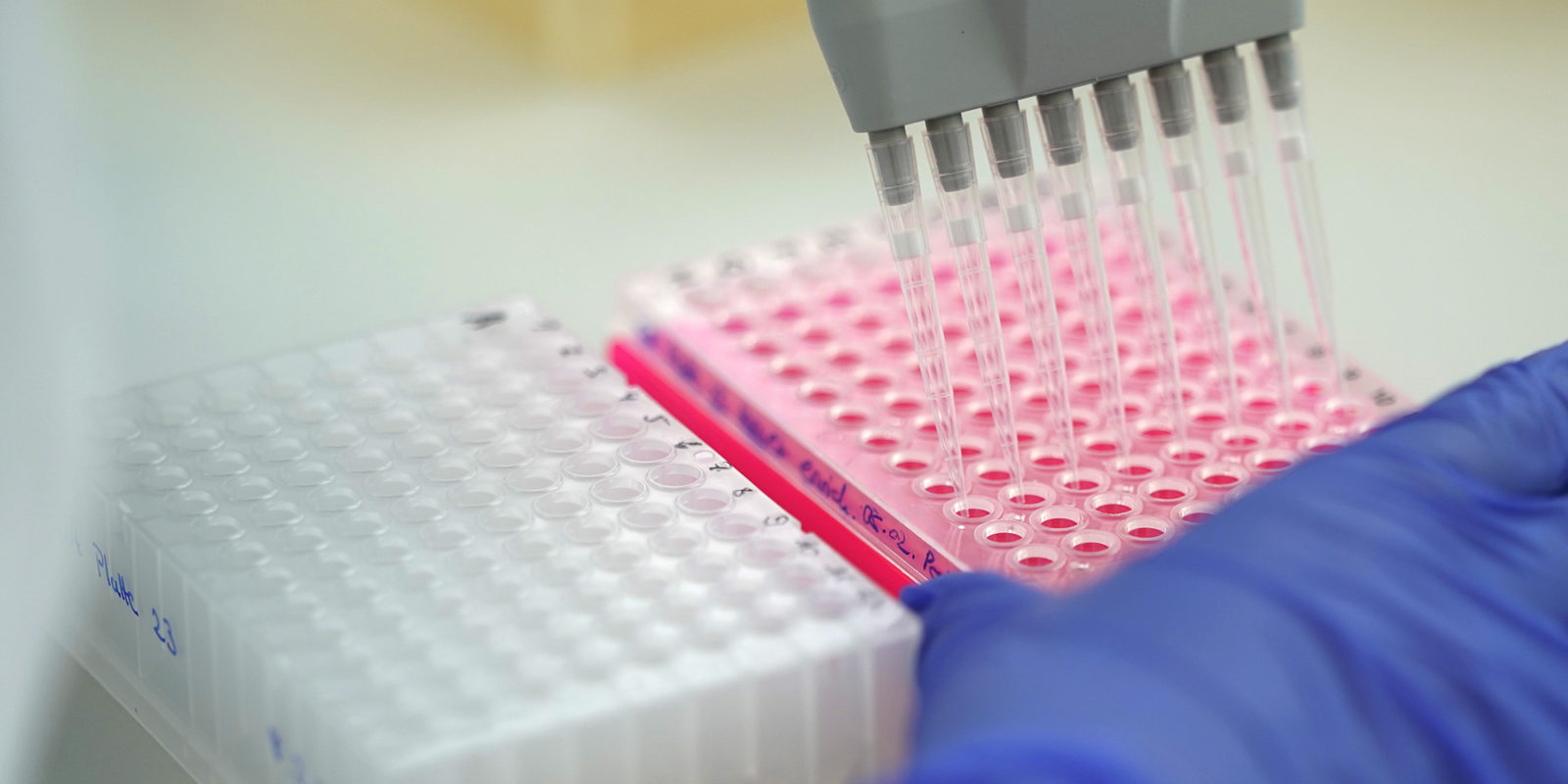 New York City schools have a positive Covid-19 test rate of less than 1% as middle schools reopened to students for in-person instruction. Israel is crossing a major threshold with 50% of the population getting at least a first dose of the coronavirus vaccine.

Paris is among 20 French regions potentially facing tougher restrictions from next week as cases jump. Pfizer and BioNTech are examining in a clinical trial if a third shot of their vaccine can stimulate stronger immune responses against new variants.

The government has asked health authorities to closely monitor the situation in the capital and districts including parts of northern France as it seeks to avoid a third nationwide lockdown, Castex said on Thursday.

“A lockdown is a tool that we have to resort to when we can’t do anything else,” Castex told a weekly news conference in Paris. “We must do everything to put it off and allow the vaccines time to have an effect.”

AstraZeneca’s CEO Pascal Soriot sought to deflect blame for a shortfall in Covid-19 vaccine deliveries to Europe this year, while reassuring lawmakers that his company is working to meet targets for the second quarter.

Speaking remotely to a European Parliament hearing, Soriot said his company would deliver 40 million doses to the European Union in the first quarter, with the volume set to rise in the coming months. Soriot said employees were working around the clock to increase the amount of vaccines extracted in production, but that perfecting the process takes time and isn’t without setbacks.

Italy reported 19,886 new cases on Thursday, compared with 16,424 the day before, marking the highest number of infections since 9 January. A record number of tests, 443,704, were carried out, pushing the positive test rate down to 4.5%.

Patients in intensive care units rose for an eighth day to 2,168, still below the November peak of about 3,800 and the April 2020 peak of more than 4,000. The spread of new strains is pushing infections in areas that have been marked as medium to high risk in the north, east of Milan, and Bologna.

Bosnia-Herzegovina demanded that Covax “meet its obligations” in helping provide vaccines after the Balkan country said it met requirements set by the programme designed to provide shots to lower-income nations. In a rare show of unity, top leaders of Bosnia’s often-feuding ethnic groups said the former Yugoslav republic will also look to buy vaccines in direct deals, including from Russia and China. So far, the nation of 3.3 million has received only 2,000 Russian-made Sputnik V vaccines from Serbia and expects another 5,000 from it.

North Carolina Governor Roy Cooper reminded the state that it will “ease but not lift restrictions”. His tweet on Thursday came after announcing the outbreak had receded enough to allow some easing, including lifting the 10pm to 5am curfew. Bars will be allowed to reopen indoors at 30% capacity and more spectators will be permitted at sporting events. The state’s mask mandate remains in place and occupancy in establishments like restaurants and retail cannot exceed 50%.

Kenya to start vaccinations in March

Kenya expects to receive its first batch of vaccines in the first week of March, according to an emailed statement from the presidency. Priority will be given to healthcare workers and other frontline workers including security personnel, teachers, vulnerable persons and groups and hospitality sector workers.

New York City schools have a positive Covid-19 test rate of lower than 1% as middle schools reopened to students for in-person instruction.

About 60,000 students are eligible to return to classes two or three days a week in a hybrid schedule of at-home and in-school lessons. About 70% of the city’s middle school students chose all-remote instruction earlier and will continue to learn at home.

The largest public school system in the US has administered about 500,000 Covid-19 tests and more than 30,000 teachers have received the vaccine, according to schools chancellor Richard Carranza. “New York public schools are the safest place to be,” Mayor Bill de Blasio said on Thursday.

Israel is passing a major threshold as its rapid coronavirus vaccination drive leads the world in doses per capita. “As we speak we are crossing the line of 50% of the general Israeli population getting at least a first jab,” Health Minister Yuli Edelstein said in a Bloomberg Television interview on Thursday.

“We all have to understand that we still have a long way to go; right now we are cautiously opening the Israeli economy,” he said. “There’s this kind of sigh of relief that comes a little bit I would say prematurely.”

South Africa will months to register vaccine after Astra setback

South Africa will take about three months to register another vaccine for general use after the already approved AstraZeneca shot proved only minimally effective in preventing mild disease caused by a variant of the virus first identified in the country. South Africa has begun inoculations of health workers as part of a study using Johnson & Johnson vaccines.

Moderna said it had $18.4-billion worth of signed agreements for its vaccine in 2021 and Chief Medical Officer Tal Zaks will leave the company in late September.

Moderna has retained a recruiter to find a replacement with “global and commercial experience” as it scales up its vaccine and shepherds other products to market over the next few years, the company said Thursday in a fourth-quarter earnings statement.

The country began inoculations last week using 200,000 doses of Sinopharm vaccines donated by China. Guo Shaocun, the Chinese ambassador to Zimbabwe, on Wednesday said another donation of 200,000 vaccines would be given.

Lockdown measures triggered street protests in Montenegro, the smallest former Yugoslav republic, after authorities ordered bars and restaurants to close in a municipality close to the capital Podgorica.

Pfizer and partner BioNTech have begun a clinical study to see if a third shot of their existing vaccine can stimulate stronger immune responses against new variants.

The clinical trial will examine safety and immune responses of a third dose of the vaccine in as many as 144 people who participated in the companies’ Phase 1 study. The dose is being given six to 12 months after the initial two-dose regimen, and researchers will test blood from the participants to see if it enhances levels of antibodies produced against new strains from South Africa and elsewhere.

Cyprus to reopen some schools, entertainment

Cyprus will ease some of its restrictions after a stabilisation in the number of new cases over the past 14 days. Starting on 1 March, some high school classes will reopen, as well as gyms, dance schools and swimming pools under certain conditions. The Cypriot government also plans to open restaurants, cafes and bars on 16 March as long as the situation keeps improving.

Hungary posted the highest number of daily new cases in more than two months, prompting the government to extend restrictions to the middle of March.

Authorities reported 4,385 new cases on Thursday, the highest daily total since 19 December, in what officials described as the ascending part of the next wave. The country is ramping up vaccinations with the use of the Sinopharm vaccine from this week, but rising case numbers mean the government won’t be able to ease curbs such as a curfew yet, Prime Minister Viktor Orban said in a Facebook video on Wednesday.

Finland’s government is preparing to invoke emergency powers, including a lockdown from 8-28 March, as infection rates rise, it said on Thursday. Among the planned measures are closing restaurants and bars except for takeout and moving students in junior high and above to remote learning. The government is also considering whether municipal elections can be held in April as planned.

Italy will receive 25 million doses of AstraZeneca vaccine by the end of June, the company’s head in the country Lorenzo Wittum said in an interview with Corriere della Sera newspaper. He also confirmed a delivery of 180 million doses to Europe in the second quarter of 2021. Meanwhile, the Republic of San Marino, an independent microstate enclosed by Italy, began a vaccination campaign on Thursday with 7,500 doses of the Sputnik V vaccine.

Bulgaria’s coronavirus deaths surpassed 10,000 as the EU country with the lowest vaccinated share of the population is preparing to ease restrictions. The government said it would allow bars and restaurants to reopen on 1 March despite the rising number of new virus cases.

Germany recorded 10,774 new cases in the 24 hours through to Thursday morning, the highest one-day addition since 6 February, according to data from Johns Hopkins University. Chancellor Angela Merkel has warned that Europe’s biggest economy is in the middle of a third wave of infections and should proceed carefully with reopening schools and businesses, putting a damper on discussions to loosen lockdown curbs.

Germany’s seven-day incidence rate inched up to 61.7, while the pace of vaccinations remains sluggish. Merkel has set a rate of 50 as the minimum for lifting certain restrictions, with further curbs possibly eased when the level falls below 35. DM