Despite Covid, the completion of the Australian Open was a triumph for sport 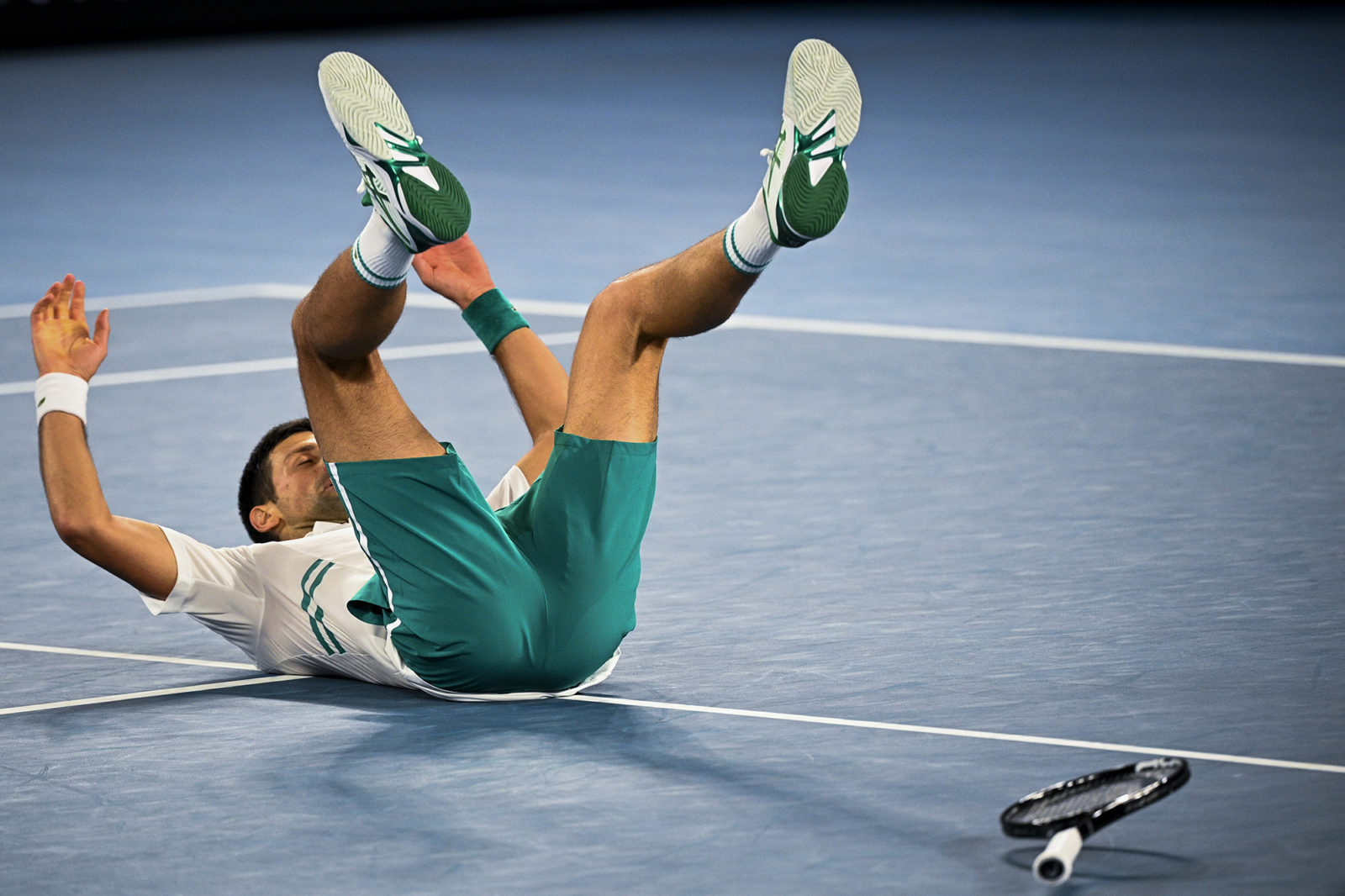 The recently completed Australian Open highlighted several themes — Novak Djokovic and the men’s old guard are going nowhere, Naomi Osaka is the present and future of women’s tennis, and Covid-19 will continue to disrupt sports events for the foreseeable future.

The South Africa-born Tiley, who was also South Africa’s Davis Cup captain between 1998-2001, has fulfilled the role of Australian Open director for 15 years. As both chief executive of Tennis Australia and tournament director, he has developed the season’s first Grand Slam into an event widely regarded as the best on both the men’s ATP and women’s WTA Tours.

In 2021 though, it was the first time Tiley had to organise the tournament under prohibitive restrictions. That came with new challenges. Australia, compared with most of the world, is relatively Covid-free, but that’s not to say they are Covid carefree.

Restrictions and monitoring are in full force, and when you throw in more than 450 foreign athletes, coaches and match officials descending on Melbourne for the tournament, every day was a challenge for Tiley and his team.

There was anger at the state of Victoria’s strict 14-day quarantine, in which players weren’t even allowed out to train. There were complaints about hotels, food and facilities. Djokovic, despite being in less restrictive Adelaide for his pre-tournament preparations, sent Tiley a six-point list of “demands”.

It might have been well intentioned, but it came across as entitled and lacking in a fundamental understanding that despite a global pandemic, Djokovic was still able to attempt to close on the 20 Grand Slams of his rivals Roger Federer and Rafa Nadal.

Djokovic’s pursuit to become statistically the greatest men’s player in history was allowed to continue, albeit with some discomfort, thanks to the efforts of people such as Tiley.

Most players did get on with it, but Tiley, a former elite coach himself, understood that the situation was far from perfect. As a result, he undertook to speak to all 72 players and another 380 others such as coaches, broadcaster staff, match officials and medical officers in hard lockdown during their quarantine period, every day, to let them vent at him.

In an interview with the Australian Associated Press (AAP), Tiley revealed some staggering details about the pressure he was under. He slept “three to four hours” a night for six weeks.

There was a positive Covid-19 test result just days before the Australian Open began, and during the tournament the state of Victoria went into a five-day lockdown. Both incidents had the potential to lead to the cancellation of the tournament.

“I got abused on the calls. It was significant,” Tiley told the AAP. “There were a lot of complaints about a lot of things, and some of it was fine. We were just trying to do our best.

“I never, ever mentally threw in the towel,” Tiley said. “You hit some low points. When a hotel worker tested positive and we had to shut the place down for a day and test everyone (four days before the Open started) — a low point.

Yet the tournament happened on time and with some brilliant tennis. And when it ended it was Djokovic and women’s champion Naomi Osaka who emerged more entrenched than ever, as the leaders in their categories.

Osaka makes it four out of six

Osaka’s 6-4 6-3 win in the final over Jennifer Brady was functional and swift. Her semifinal destruction of Serena Williams was a statement.

Williams was in pursuit of a record-equalling 24th singles Grand Slam title, but not for the first time, Osaka has stood in her path. The 23-year-old Japanese player overpowered the seemingly overpower-proof Serena with mighty groundstrokes that confirmed a changing of the guard.

Although it was Osaka’s fourth Grand Slam title out of the past six played on hardcourt (two Australian Opens, two US Opens), this was the first time that it felt as if Serena at her diminishing best, would not be good enough again playing against Osaka at her best. There was a time when an on-song Serena was unbeatable.

Not anymore. Osaka is the present of the women’s game. And she’s the future. But to enter the conversation as an all-time great, she will have to improve on grass and clay.

Osaka has not made it into the second week of Wimbledon or the French Open at Roland Garros. That is her next challenge because she has risen to the top on hard court, and is set to stay there as long as she is motivated.

“My goal is to be consistent this year,” Osaka said after her win. “Not to have a huge drop-off randomly in the middle section like June, July, how I usually do.” If she meets her own expectations, the rest of the women’s field will struggle to keep up.

Novak on course to top Nadal and Federer

Djokovic’s 18th Grand Slam and ninth in Australia was one of his most emphatic, having hardly raised a sweat in the semifinals and final, despite a torn abdominal muscle. He is now two off the 20 of Roger Federer and Rafa Nadal.

Djokovic tore the muscle in the third round during a five-set battle against Taylor Fritz. But he comfortably beat former and current top 10 players Milos Raonic and Alexander Zverev in his next two rounds to make the last four, while managing the injury.

By the semis, where he dispatched qualifier Aslan Karatzev in straight sets, Djokovic was purring again and he ripped the dangerous Daniil Medvedev apart in the final. Medvedev was on a 20-match winning streak going into his first Grand Slam final and was rightly confident. His streak included a victory over Djokovic.

The changing of the guard turned out to be an illusion.

With Stefanos Tsitsipas’s quarterfinal win over Nadal in Melbourne, there was a sense that the new generation of players was ready to take the baton from the oldies. But a rare win over one of Djokovic, Nadal and even the absent Federer does not mean a changing of the world order.

When it came to the crunch, Medvedev folded. Djokovic’s will, as much as his skill, was the difference. With Medvedev serving in the 12th game of the match to take the first set into a tie-breaker, Djokovic almost visibly sharpened his focus. At a crucial moment he found the resolve and courage to attack Medvedev’s biggest weapon with some blistering returns. The Serbian broke Medvedev’s serve and took the set.

The Russian then mentally unravelled in the face of Djokovic’s iron will and was duly carved up in sets two and three. The next generation of men’s players might have the talent and skill to compete, but when it comes to desire and mental toughness, none are close to the big three.

“Emotionally this was one of hardest tournaments I had, to be honest, with quarantine and a lot of things happening in the media,” Djokovic said after winning.

“The letter that I wrote, ideas and recommendations that I got from players, was misinterpreted as my request and list of demands. Then the next thing you know within a couple of days I’m persona non grata in this country.

“I got injured in the third round. It was a rollercoaster ride if I can define it in one word. I think it makes it even sweeter for me.”

Nadal, Djokovic and Federer have now won 58 of the last 69 Grand Slams since 2003. With the French Open next, where Nadal has won 13 times and has a record of 100 wins and two defeats since his debut at Roland Garros, barring injury it’s highly unlikely that defeat number three will happen in Paris.

The Australian Open revealed many issues and exposed the fragility of staging big sporting events during a global pandemic. But perhaps the most heartening legacy to come out of Melbourne, was that it happened at all. DM