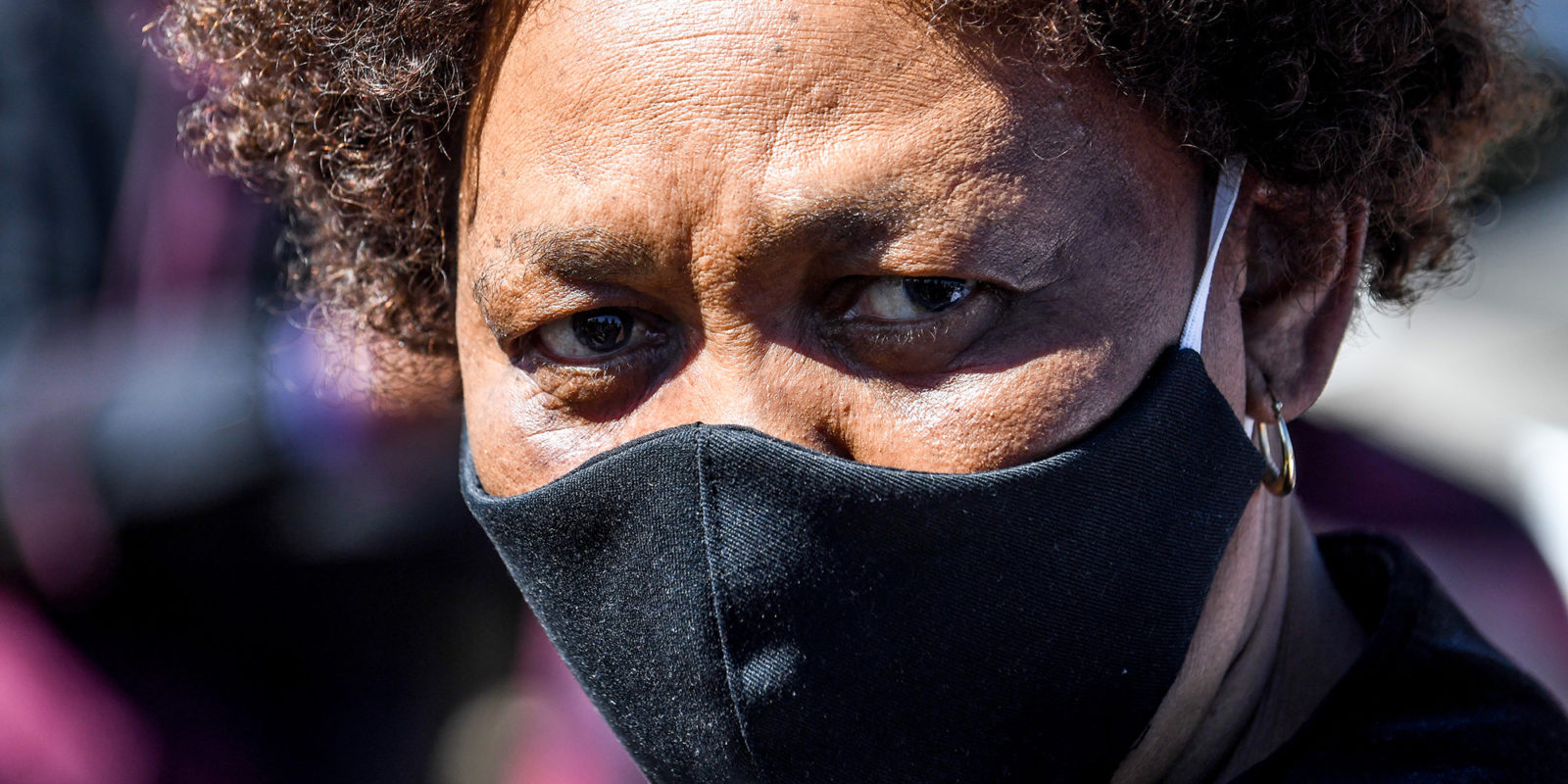 The Minister of Basic Education, Angie Motshekga, maintains that her comment to pupils at a Pretoria high school that ‘an educated man won’t rape’ was taken out of context. Civil society and gender activists have called the comment ‘harmful’ and ‘misleading’.

Basic Education Minister Angie Motshekga came under fire this week for her comments about rape to a group of high school pupils at Prospectus High School in Pretoria. Her comments “conflated education with morality”, said sexual violence researcher at the University of Witwatersrand, Gorata Chengeta.

“This government has prioritised education because it knows that it’s only through education that we can deal with some of our challenges that are there, because an educated man won’t rape,” Motshekga said at an oversight visit at the school, with pupils disagreeing with her assertion.

In a statement of clarification Motshekga sent out later, she said that “regarding the reaction of the learners [about her comment on rape] I wasn’t going to debate because the purpose of my remarks was to encourage them to be educated on GBV”.

Chengeta used the example of higher education institutions, where over the past few years there have been protests against rape culture. In 2014 the University of Witwatersrand dismissed Tsepo Mamatu, a drama lecturer, after he was found guilty by the university’s inquiry of sexually harassing students. Mamatu later apologised for abusing his power.

In 2017 the then minister of higher education, Naledi Pandor, told Parliament that 47 rapes had been reported at universities across South Africa. Pandor later created a task team to advise her department on how to tackle gender-based violence at higher education institutions.

Mbuyiselo Botha, a commissioner at the Commission for Gender Equality, said that Motshekga’s comment was “archaic.”

“Her statement fits into the patriarchal thinking that good men don’t rape. It’s also problematic because it emboldens men who say not all of us rape, it’s only those ones over there,” Botha told Daily Maverick.

In a 2019 Constitutional Court judgment, Justice Sisi Khampepe pointed out: “The notion that rape is committed by sexually deviant monsters with no self-control is misplaced. Law databases are replete with cases that contradict this notion. Often, those who rape are fathers, brothers, uncles, husbands, lovers, mentors, bosses and colleagues. We commune with them. We share stories and coffee with them. We jog with them. We work with them. They are ordinary people, who lead normal lives.”

“There is no evidence to suggest that the propensity to commit rape or other forms of gender-based violence is linked to formal education in any way. Suggesting that only ‘uneducated’ people commit these kinds of offences is misleading and harmful.

“Many well-documented cases exist of so-called ‘well-educated’ people abusing their positions as academics, doctors, lawyers, activists and teachers to abuse the people under their command or care,” said the centre.

Soon after video of Motshekga’s comment was circulated on news channels and social media, Motshekga said, “My remarks must not be taken out of the context of educating children to develop them to become better people.

“Men need to be educated about how to deal with power, patriarchy and negative or toxic masculinity. Educating men about power relations is also important in the fight against rape.”

But Chengeta says being educated often has little to do with whether men rape or not.

“It’s possible for people to know that something is wrong and still do it; being educated doesn’t make people less likely to rape.” DM

Global Virus Update: Fauci says US cases too high; Cuomo under fire; 52 deaths reported in SA — bringing the total to 49,993

Frank Chikane’s three-minute sermon about Palestine was a prophetic warning, not a declaration of war