Your heroes are ghosts: ANC’s turmoil centres on Zuma and Magashule’s future with the governing party 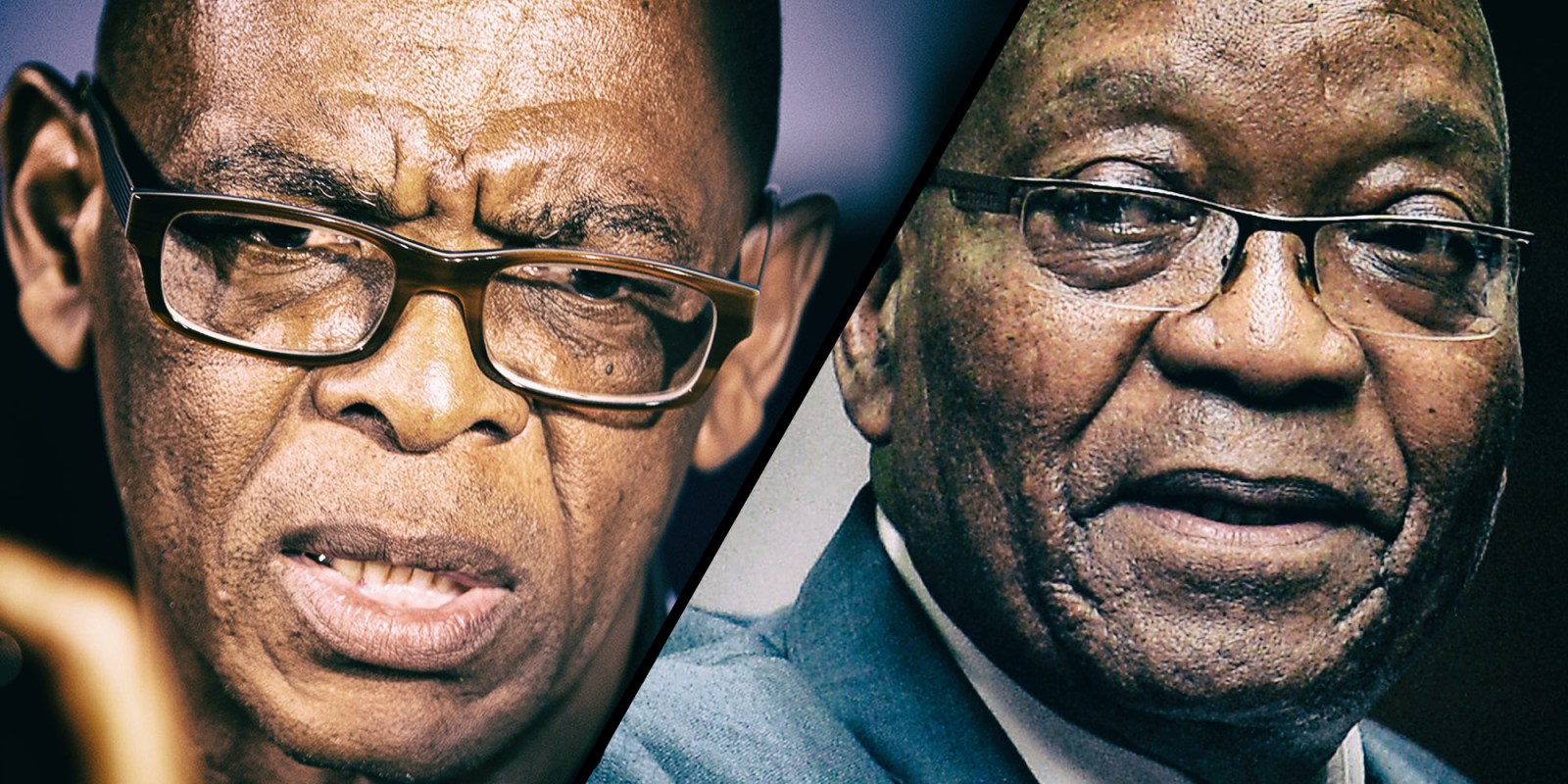 While there are those who believe Magashule is growing his support and could one day become more politically powerful than he already is, there is still vanishingly little public support from any ANC bodies for both him and Zuma.

At the same time, the ANC National Executive Committee (NEC) appears to have given its Secretary-General, Ace Magashule, and others facing criminal charges 30 days to decide whether to step aside of their own will.

This all paints the picture of tensions within the party nearing a bursting point. While it appears that no side yet has a definitive advantage, another development around elections suggests President Cyril Ramaphosa may have scored what could become a significant victory.

On Monday morning, Zuma’s lawyers wrote to the Zondo Commission and explained that he would not be appearing before it. By doing so they crossed an important legal line. 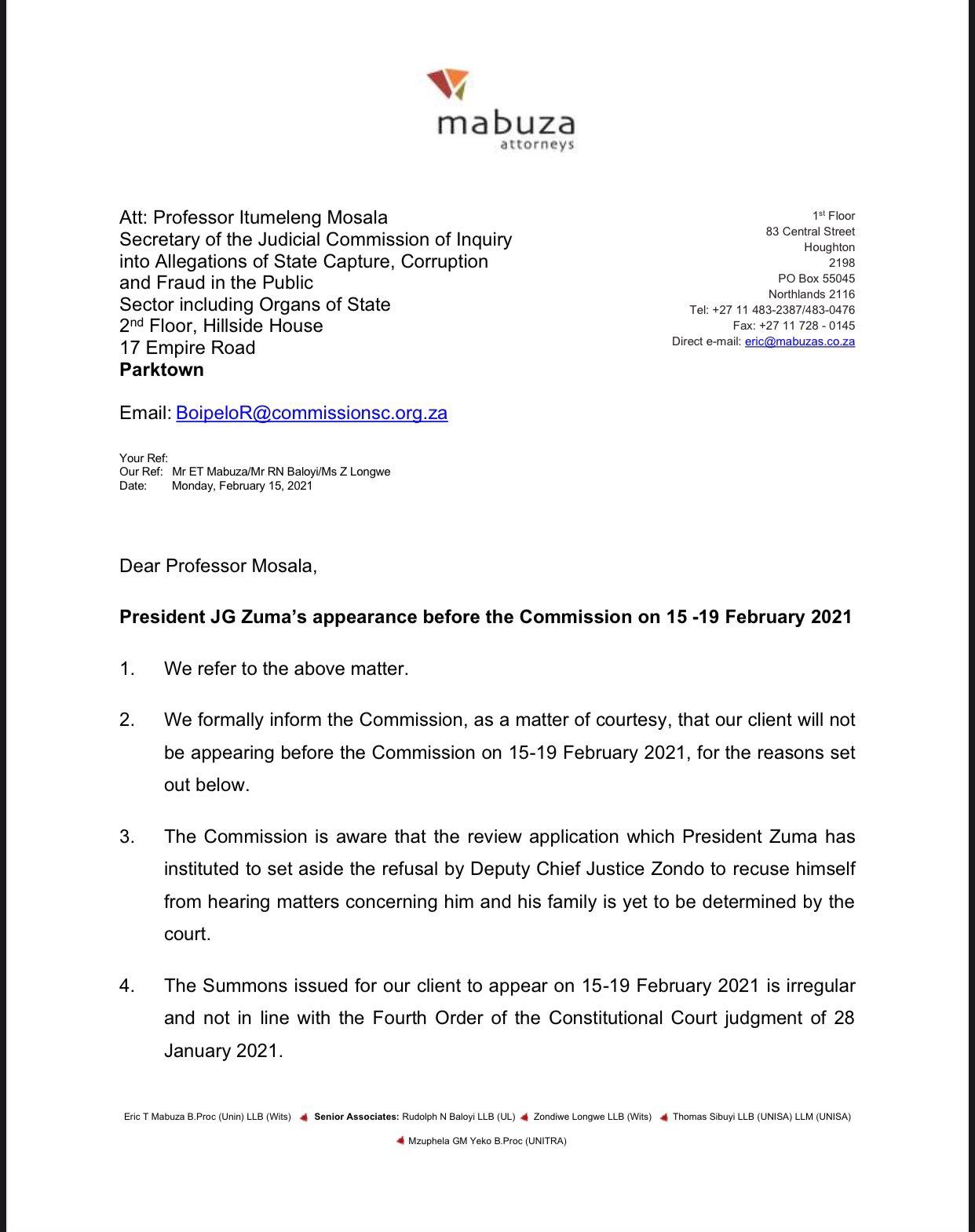 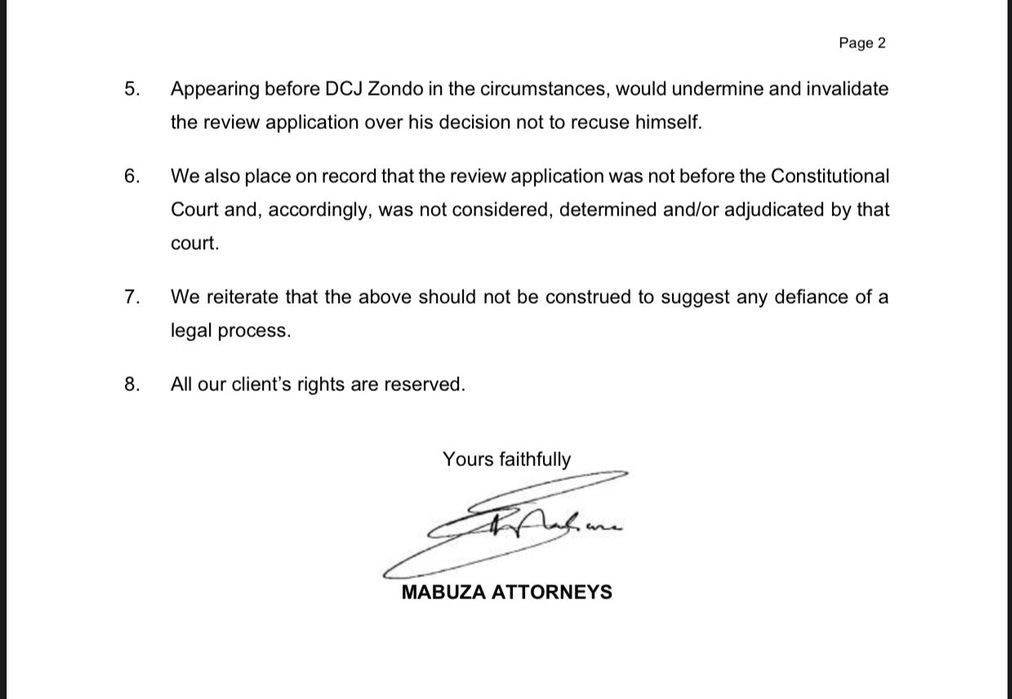 It should not be forgotten that Zuma is being asked only to answer questions under oath. He is not on trial, he is being called as a witness at a commission of inquiry, which is defined as a fact-gathering exercise. The evidence he gives cannot be used against him and he still has the right not to answer questions if he believes that to do so would implicate him.

His refusal to appear suggests that he is mortally afraid of the commission, and of answering questions under oath. Afraid to the point of putting South Africa’s entire legal system through a significant stress test.

His lawyers say that his failure to appear is because of his application before the high court asking a judge to overturn Zondo’s refusal to recuse himself. But never does that legally absolve him from obeying the Constitutional Court ruling.

Perhaps more important than the legal line crossed by Zuma, is the political Rubicon that he has forded.

On Sunday night, wrapping up the NEC meeting, Ramaphosa spoke about the Zondo Commission. In a statement released later he said:

“The ANC reiterates our support for the work of the Commission of Inquiry into State Capture, chaired by Deputy Chief Justice Zondo, and we unreservedly urge our members and all South Africans to cooperate with this commission.”

Barely 12 hours later, Zuma had failed to comply with that statement. By doing that, he has defied the NEC of his own movement.

Intriguingly, this standoff might work to Zuma’s detriment. The NEC has consistently publicly supported the Zondo Commission – just consider the embarrassing climbdown that Deputy Secretary-General Jessie Duarte was forced to perform on Saturday. Zuma’s defiance may force the NEC to act decisively lest it be seen as completely losing control of the party.

This should strengthen the argument of those who argue that Zuma must be suspended from the ANC. As strange it would have seemed a year ago, Zuma’s might force even those who sympathise with him to feel that his act of disobedience was out of order.

Of course, all of this feeds into the other, perhaps even more burning question of the moment, the much-delayed implementation of the “step-aside” resolution that would affect Magashule.

The two dynamics, around Zuma and Magashule are intertwined: they are both about corruption and the ANC’s ability to hold those who are corrupt accountable, even if they are separate legal matters. This is why both Zuma and Magashule (and EFF leader Julius Malema) share the same agenda of weakening Ramaphosa and his hold on the ruling party.

It has been clear virtually since the announcement of the current ANC’s top six leaders at Nasrec in December 2017 that the party is almost mortally divided on this issue.

Despite that, Sunday’s statement was still possibly the first time that an ANC leader had actually described an NEC meeting as “difficult”, skipping out the usual proclamations of unity.

Ramaphosa described the meeting as “difficult but encouraging” at the beginning of his statement, and then later referred to a “good and constructive meeting even if we have had some tactical differences about executing our tasks”.

This is a massive public indication of how serious the situation within the party is. It suggests that tensions could be close to breaking point.

While there are those who believe Magashule is growing his support and could one day become more politically powerful than he already is, there is still vanishingly little public support from any ANC bodies for both him and Zuma.

The Umkhonto weSizwe Military Veterans Association is the only ANC body that says it supports them. This is completely different to the dynamic that led to Zuma becoming president, when half the NEC of the time, all of the alliance partners and thousands of people publicly supported him during his court appearances.

However, working out what is happening in ANC branches during a pandemic is possibly an impossible journalistic task.

In the meantime, there may have been another victory for Ramaphosa at the NEC meeting.

In his statement on Sunday night he said that former president Kgalema Motlanthe will chair the party’s Electoral Committee. This will “help our movement to put forward the best and most credible candidates for all elections”.

The importance of this is that up until now Magashule and others around him have played pivotal roles in drawing up the ANC’s lists of candidates. It was he who ensured that Faith Muthambi and Mosebenzi Zwane and Bongani Bongo became MPs despite the strong and credible claims of wrongdoing against them.

This in turn allowed Magashule and his faction to limit Ramaphosa’s choices. So, for example, if Ramaphosa wants to fire some of his Cabinet and bring in new ministers, he has to use MPs who were mostly chosen by Magashule.

For someone of Motlanthe’s stature to now have an important role in this process could well mitigate much of Magashule’s power to do this in the future.

In the longer run this could have an important impact on the balance of power.

But, in the shorter term, Ramaphosa is not the person who is under apparent pressure. He does not have to make any comment or take any action regarding Zuma. The Constitutional Court has to decide what to do, and the criminal justice system, legally independently of Ramaphosa, will then take responsibility for what happens next.

The same applies for Magashule. It is he who has to appear in court; again, Ramaphosa does not have to do anything, the situation will play out without him.

This is the result of the processes that have been set in motion, and which are now difficult to stop. For Magashule in particular, once testimony is heard against him, his criminal trial may lead to a moment where he is forced to step aside.

But, he is still in office, he has still not stepped aside, and the longer he is able to continue in this way, the greater are the instability and danger to the ANC’s future. DM