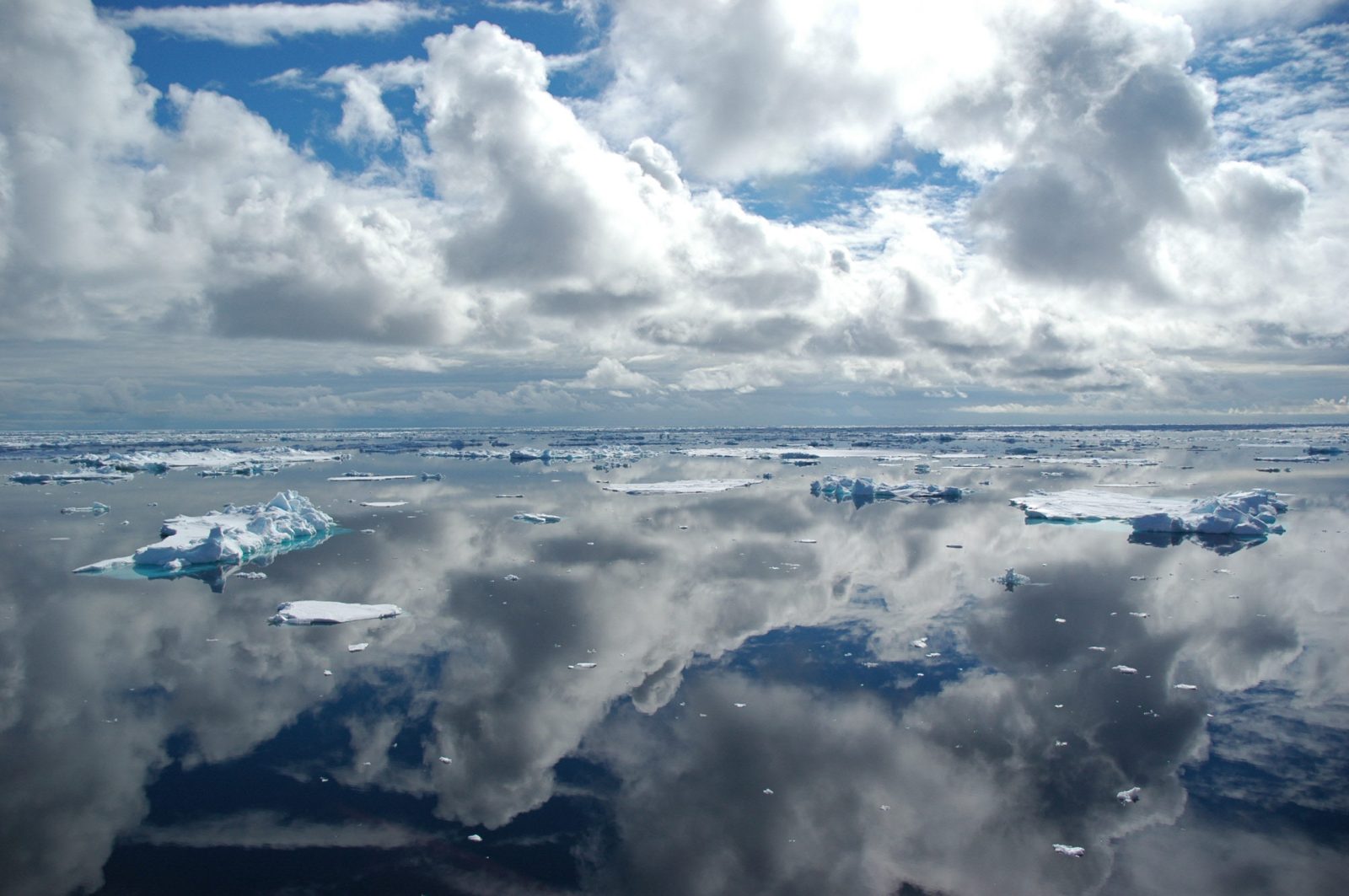 Water is so common it hardly bears notice until rain takes a holiday and the taps run dry. Nearly three-quarters of the planet is covered with the stuff. But in fact, it’s an absolutely magical substance – and when it becomes ice it can blow your mind.

Water breaks all the rules.

According to the laws of physics, substances become denser as they get colder, shifting from gas to liquid and finally to a solid state.

Most of them do – but water only sticks to the rules until it reaches 4oC. Then it does something strange: instead of shrinking, it starts to expand. By 0oC – when water freezes – it has grown in volume by 10%.

If water didn’t do this, ice would sink. Think about that. Soon every pool and dam, every ocean, would be solid. Earth’s water would be locked away. Springs would not spring, streams would not stream and rain would vanish from the skies. All that ice would reflect the sun’s rays back into space and we’d be a silent iceball.

But water’s a lot smarter than that. In Dreams of Dragons, biologist Lyall Watson points out that because everything is essentially “chemical”, and because nearly every chemical reaction requires an aqueous solution, water can corrode almost everything, wearing down mountains and chewing through the hardest steel.

Without this quality, however, no essential mineral could pass from soil to roots or flow up a plant’s stem to its flowers. No animal could digest food or transport nourishment in its bloodstream. Leaves wouldn’t be able to absorb life-giving gases and we would be unable to take in oxygen through our lungs. Life would be impossible.

One of the most extraordinary things about this strange substance is that its molecules are “sticky”, which is why it forms drops rather than dissolving all over the place.

Its molecules not only have a tendency to cling to one another, they grasp at external surfaces, drawing the entire substance along behind them. They can even move uphill, rising up capillaries to incredible heights. Among other things, this special talent makes trees possible.

In fact, water is everywhere. Most living things are waterlogged. Jellyfish consist of about 95% water, frogs 80%, chickens 75% and we check in at 65%. We embody around 38 litres and have to replace at least two a day. Herein lies a problem – most of earth’s water is useless to our biology.

It is generally agreed that water is an uncommon substance in the cosmos, but on earth we’re particularly well endowed. How people do this I don’t know, but it’s been calculated that the total supply of water on earth is 1,335 million cubic kilometres.

The trouble is that 97 in every hundred litres are in undrinkable oceans and a further 2% (29 million cubic kilometres) is locked up in polar caps and glaciers.

That doesn’t leave much: just over half a percent lurking around in groundwater, 0.009 % in freshwater lakes and 0,0001% in rivers. Of course in Africa, the last number would have even more noughts.

The planet’s biggest store of freshwater is ice, of which Antarctica is the greatest part. While our ancestors were peopling the rest of the globe for millions of years, Antarctica lay in pristine isolation: unknown, unimaginable and huge. The continent is far larger than you realise from its insignificant position at the bottom of maps: more than 14 million square kilometres. That’s about the size of all of Africa north of the equator. In winter its frozen skirt effectively doubles its size. 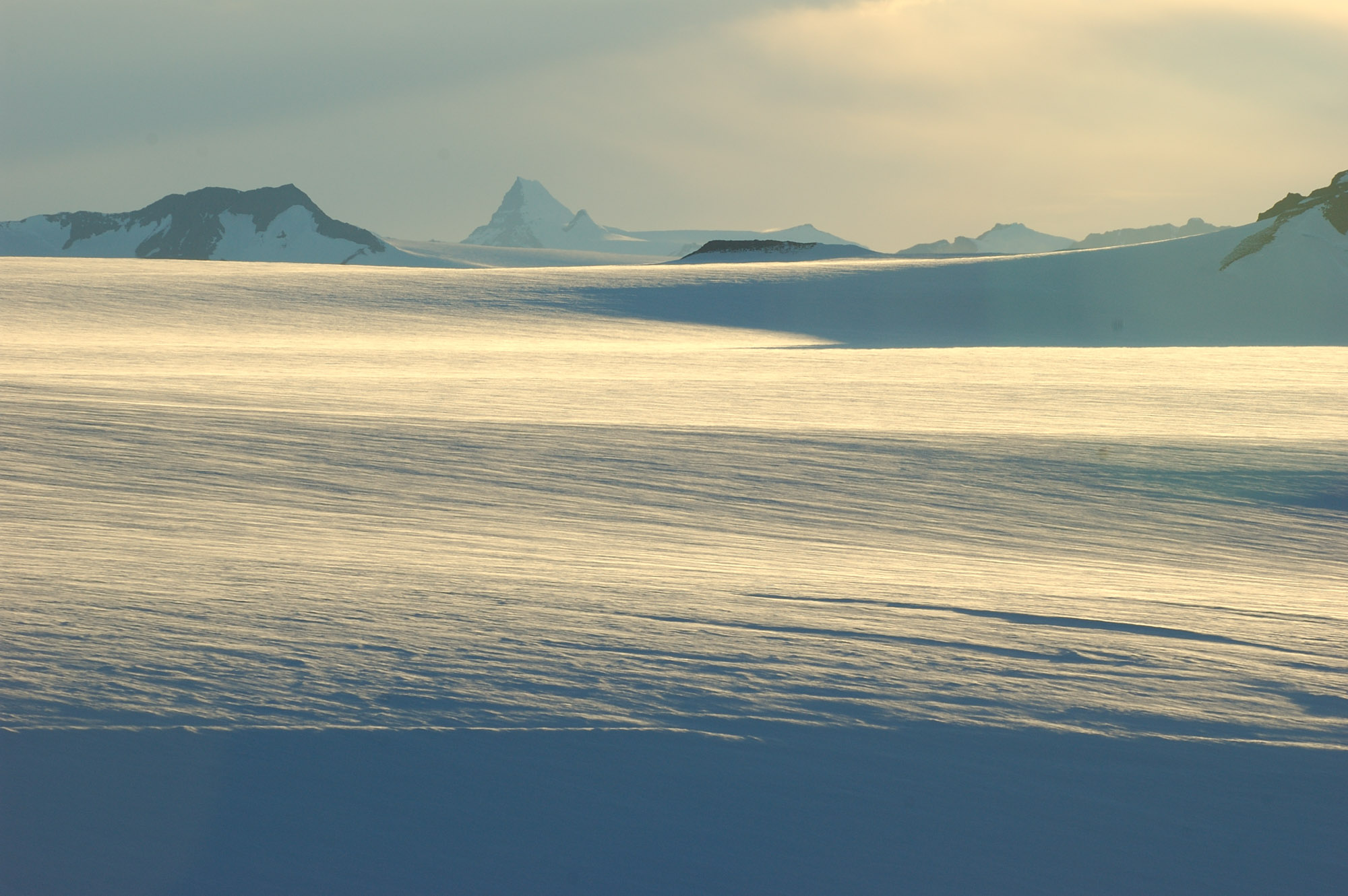 Apart from Antarctica’s ice-free mountains (a mere five per cent of its surface), almost the entire continent is made from a single substance, water, in a single state, ice. This frozen blanket, with its glaciers and shelf, consists of around 30-million cubic kilometres of ice – 80% of the earth’s supply.

In some places it’s nearly five kilometres thick and the continent’s average height above sea level is a heady 2,500 metres. If it were to melt, the world’s oceans would rise between 60 and 65 metres. This icy vortex absorbs heat, water, solar and cosmic radiation and its sole output is giant glaciers – the largest in the world.

The process of ice deposition begins with tiny prisms of ice dust formed deep in Antarctica’s interior. Nearer the coast, these link together to create crystalline snowflakes which fall, piling layer upon layer, at an average rate of about two metres a year.

As snow builds up, the crystals are compressed into ice grains, trapping air bubbles. Relentlessly increasing pressure squeezes out much of the air and the grains become ice slates, then gneisses and finally glacial ice – hard, blue and translucent with a density one third of average rock. Much of it is constantly on the move from the interior to the coast.

On windless days the surface is dusted with fine ice crystals – diamond dust – which simultaneously reflect and refract light, causing the surface to glitter. In Moby Dick, Herman Melville described this whiteness as “not so much a colour as the absence of colour and at the same time the concrete of all colours”.

Ice in Antarctica comes in an array of forms, starting from simple ice prisms and ending in country-sized bergs. On the polar plateau – the greatest desert on earth – are ice sheets, caps, domes, streams, saddles and ice rumples.

It’s not only the number of forms which frozen water can take which is extraordinary but – in the southern regions – its astounding scale. Our water planet is also an ice planet. Antarctica holds in its thrall more than six out of every 10 litres of the world’s freshwater reserves. There’s so much ice covering the continent that its weight depresses the south polar region, making the planet slightly pear-shaped.

Each year 14 million square kilometres of sea ice freezes and then melts, girdling the continent in a heat sink which regulates the world’s weather systems. The ice acts as a giant mirror, reflecting back into space excess heat from the sun.

What marks Antarctica, though, is its simplicity. All metaphors or analogies are trashed by the enormous singularity of its interconnected ice sheet. “There’s a great beauty here,” wrote the American explorer Richard Byrd, “in a way that things which are also terrible can be beautiful.”

The vast white continent feels eternal, but it’s not. Ice is hyper-sensitive to any rise in temperature, especially one which can transform it from a solid to a liquid. And the earth is warming. If Antarctica’s ice was reduced back into the water that made it, coastal cities where most humans live would be in deep, deep trouble ­– quite literally underwater. DM/ML

Blue Ice, Travels in Antarctica by Don Pinnock from which these photos came is available at www.afsun.co.za.