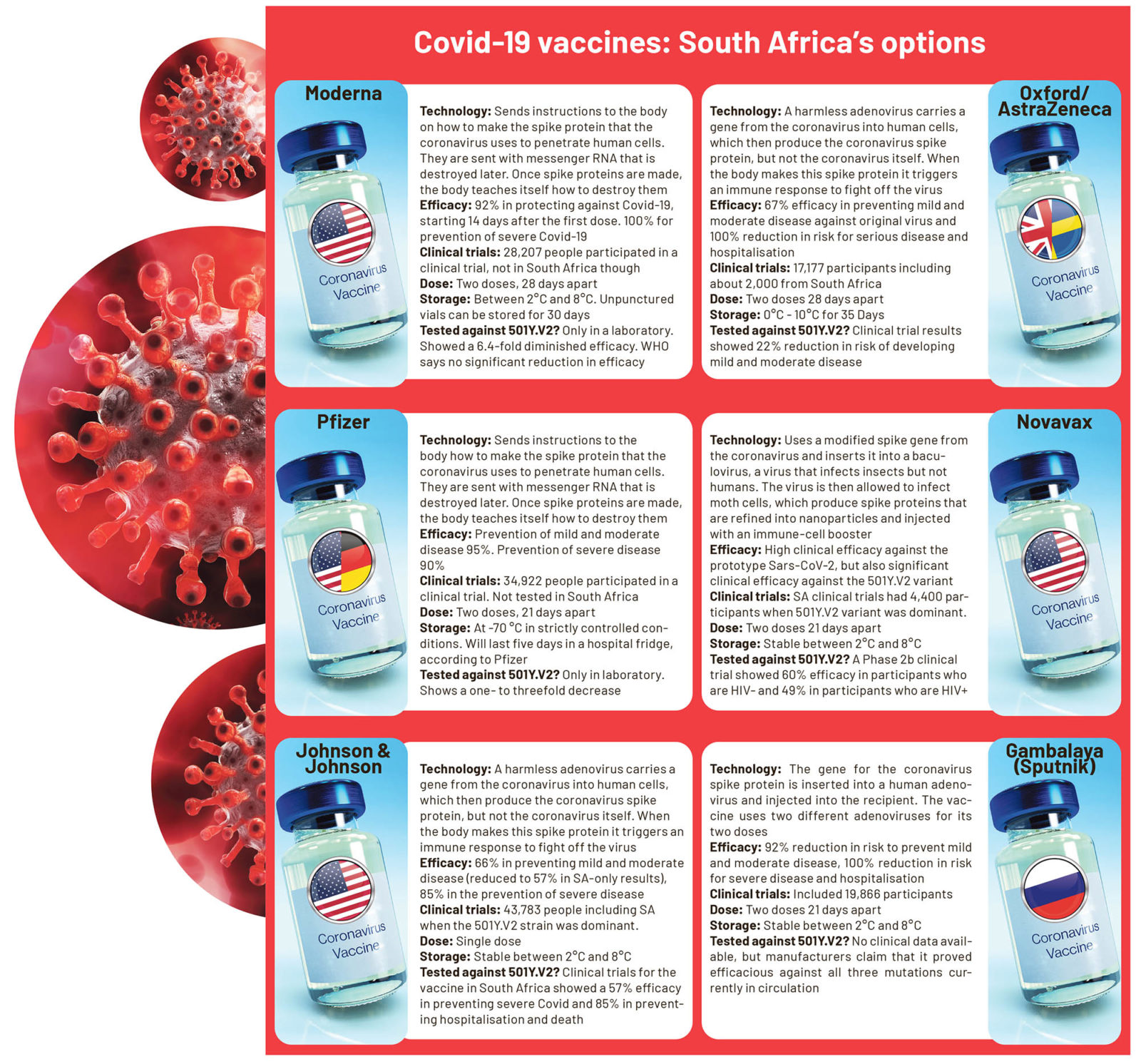 Despite news that the Oxford/AstraZeneca vaccine may not be efficacious against the new coronavirus variant, South Africa’s vaccination programme is about to begin.

“The test will be when the tyre hits the ground,” Dr Zweli Mkhize, the minister of health, said this week when he described provincial readiness for the rollout of Covid-19 vaccines to health workers.

He said that while there was still anxiety about the rollout in provincial health departments, their efforts would be backed up by research teams from the Medical Research Council.

It has been a dramatic week for South Africans, and especially health workers, who are eagerly awaiting vaccination.

On Sunday, Professor Shabir Madhi, the principal investigator of the Oxford/AstraZeneca vaccine in South Africa, said their study showed that the vaccine was not protecting recipients from getting mild or moderate Covid-19 caused by the mutation of the virus, first identified in South Africa and named 501.V2. The vaccine only proved 22% efficacious in this respect.

Madhi said data from an American study to test the Oxford/AstraZeneca vaccine’s efficacy against severe Covid-19, hospitalisation and death is expected soon.

South Africa has been hard hit by the virus. The cumulative number of Covid-19 cases on Thursday was 1,484,900.

The other two vaccine trials in South Africa – the Novavax vaccine and the Johnson & Johnson vaccine – have shown more promising results.

Professor Glenda Gray, the principal investigator of the Johnson & Johnson trial, said their vaccine had an 85% efficacy in preventing severe Covid-19, hospitalisation and death and had been tested in conditions where 501.V2 was the dominant variant.

Madhi said the Oxford/AstraZeneca vaccine was “very similar” to the Johnson & Johnson vaccine in the type of immune response it elicited. This left him hopeful that it would be shown to provide strong protection against severe Covid-19, hospitalisation and death.

During his State of the Nation address on Thursday, President Cyril Ramaphosa announced that the first phase of South Africa’s vaccination programme, which is targeted at health and other frontline workers, would now use the Johnson & Johnson vaccine, which has been shown to be effective against the 501Y.V2 variant.

“All provinces have rollout plans in place as the first vaccines come through. I wish to thank all provinces for their level of preparedness for this massive undertaking that we are about to embark upon,” Ramaphosa said.

The National Institute for Communicable Diseases (NICD) has highlighted the importance of vaccination as a vital factor that will have an impact on the severity of a third wave of infections in South Africa.

“The likelihood of a third SARS-CoV-2 wave occurring in South Africa is dependent on the level of immunity, including the degree of cross-protection provided by the original strain to the new 501Y.V2 variant, ongoing viral evolution, vaccination coverage and efficacy, population behaviour and adherence to non-pharmaceutical interventions,” the NICD said.

“While there is considerable uncertainty regarding many of these parameters, another resurgence of SARS-CoV-2 is likely. Predicting the timing and scale of further resurgences is, however, difficult.” They added that scientists were continually watching out for possible further mutations of the virus.

Mkhize said the provinces were still concerned about the programme. “We have received their plans. They showed us what they can do. We asked for information on sites, staff and storage. But, when we met with the portfolio committee in Parliament, we found that there was a still a degree of anxiety from them. We do expect teething problems,” he said.

Mkhize added that as the Johnson & Johnson vaccine is being rolled out as part of an implementation study to obtain more data on the use of the vaccine in the field, research teams will be “superimposed” over the existing infrastructure.

On Thursday the World Health Organisation gave its stamp of approval to the continued use of the Oxford/AstraZeneca Covid-19 vaccine.

In an advisory, the WHO said all available data had been reviewed on the impact that the vaccine had in areas such as South Africa, Brazil and the United Kingdom, where a mutated strain of the SARS-COV-2 virus is also the dominant one.

The advisory states that the organisation “currently recommends the use of [the] vaccine according to the WHO Prioritization Roadmap, even if virus variants are present in a country”.

“Countries should assess the risks and benefits taking into consideration their epidemiological situation.” DM168