SO LONG, AND THANKS FOR ALL THE FISH

Douglas Adams: Life, the Universe and Everything 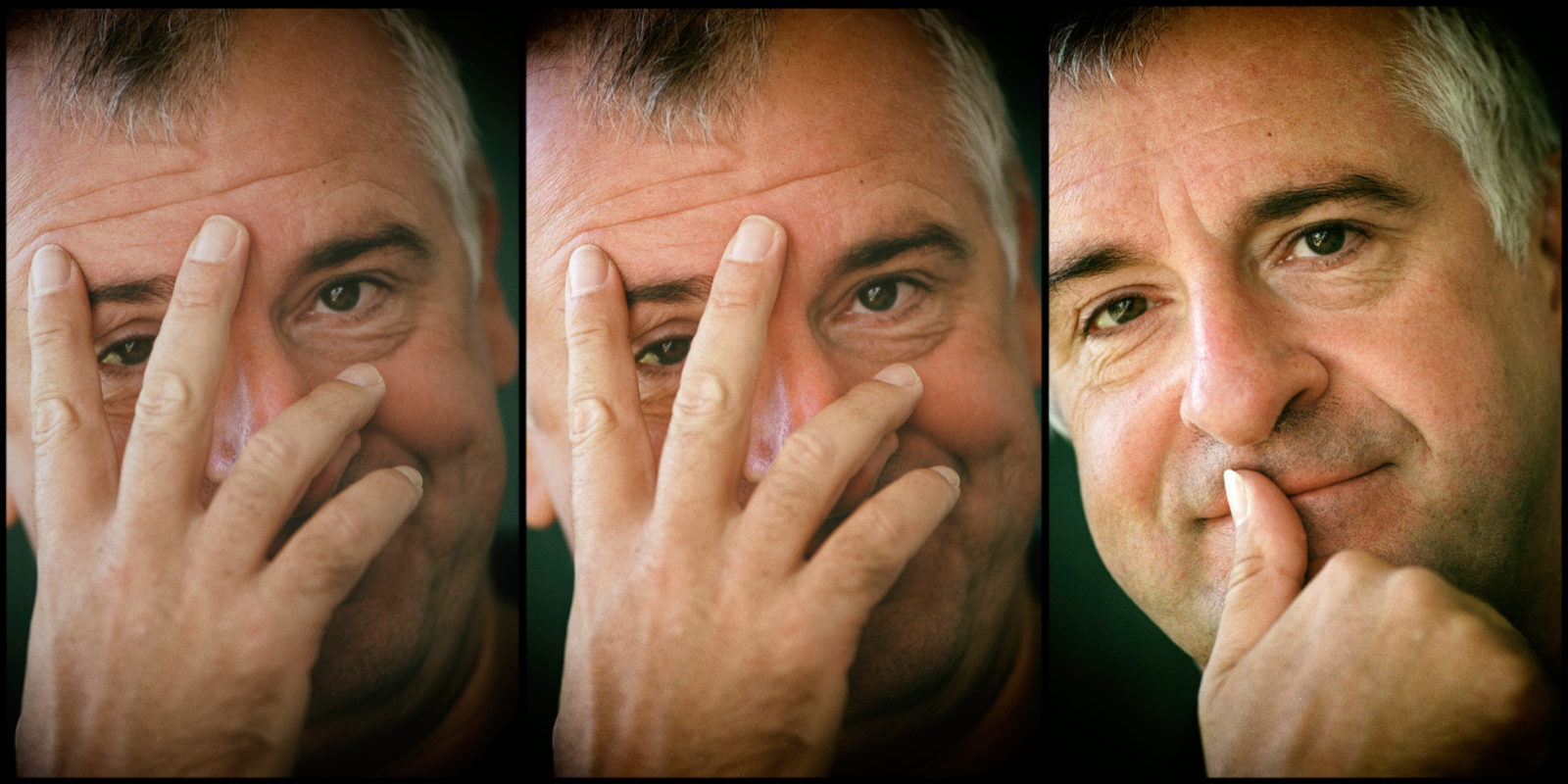 Author Douglas Adams, who wrote such classic books as The Hitchhiker's Guide to the Galaxy. (Photos: Dan Callister / Online USA)

If you’ve never laughed out loud while reading, you probably haven’t read Douglas Adams. And if reading Adams doesn’t make you laugh out loud, I must assume you’re in need of a humour transplant. The irreverent genius died on 11 May 2001, almost twenty years ago.

“Science has lost a friend, literature has lost a luminary, the mountain gorilla and the black rhino have lost a gallant defender. And I have lost an irreplaceable intellectual companion and one of the kindest and funniest men I ever met.” – Richard Dawkins, in Lament For Douglas. Douglas Adams died on 11 May 2001.

Few writers can blend comedy, satire and philosophy successfully, but Douglas Adams did it with science-fiction, with non-fiction, with aplomb. So did Kurt Vonnegut, a favourite author of Adams, but this is not about Kurt Vonnegut who, sadly, is also dead. So it goes.

It was as a sci-fi fan that I approached The Hitchhiker’s Guide to the Galaxy, A Trilogy in Four Parts, when I first read it. Before I finished reading, I was giggling in deluded euphoria. I now knew the answer to the Ultimate Question about life, the universe and everything! That I didn’t know what the Ultimate Question was, and that the answer was therefore irrelevant, didn’t matter. I was in raptures that sci-fi could be so funny, pleased that philosophy could be so cheerfully irreverent, in awe that comedy could be profoundly philosophical.

The book appealed to me on three levels. First, it is a rollicking sci-fi romp based on an astute understanding of science in general and physics in particular. Second, it could be read purely for the comedy of the absurd, a genre in which Adams excels. And it works as philosophy made accessible, whatever he is commenting on.

Adams on the past: “How can I tell that the past isn’t a fiction designed to account for the discrepancy between my immediate physical sensations and my state of mind?”

On the origins of the universe: “In the beginning the Universe was created. This has made a lot of people very angry and has been widely regarded as a bad move.”

On sanity: “The point is, you see, that there is no point in driving yourself mad trying to stop yourself going mad. You might just as well give in and save your sanity for later.”

One of the most likeable things about the writing of Adams was the playfulness with which he approached everything. His life and work exhibit an exuberant enthusiasm. He must have had a childlike fascination for all that he saw, and a childlike curiosity about how things worked. Curiosity killed the cat, in Adams’ hands, becomes, “If you try and take a cat apart to see how it works, the first thing you have on your hands is a non-working cat.”

When my young daughter was beginning to explore outside the house where we lived, I often found myself crouched or squatting as I tried to see the world through her fresh young eyes. Douglas Adams knew the wonder and importance of seeing, of really seeing. “Don’t you understand that we need to be childish in order to understand? Only a child sees things with perfect clarity, because it hasn’t developed all those filters which prevent us from seeing things that we don’t expect to see.”

He touched on this in So Long, and Thanks for All the Fish, “See first, think later, then test. But always see first. Otherwise you will only see what you were expecting.”

Adams was not a prolific writer. Perhaps his playfulness and refusal to take things too seriously affected his productivity. What is probably the most frequently quoted Adamsism hints at this:

“I love deadlines. I like the whooshing sound they make as they fly by.”

This attitude, as you can imagine, irritated publishers and editors who often had to force him to write. This included being locked in a hotel suite with his editor for three weeks to ensure that So Long, and Thanks For All the Fish was completed. Adams and Mark Carwardine cloistered themselves in a hotel for an extended period to write Last Chance to See. They managed to write one page. This could be what prompted Adams to say, “Writing is easy. You only need to stare at a piece of blank paper until a drop of blood forms on your forehead.”

His irreverent humour is evident in everything he wrote, including articles on information technology. Everyone who has worked on a Windows-based PC will understand what he means when he writes, “The idea that Bill Gates has appeared like a knight in shining armour to lead all customers out of a mire of technological chaos neatly ignores the fact that it was he, by peddling second-rate technology, who led them into it in the first place.” Adams was a big fan of Apple and the first person in the UK to buy an Apple computer.

A keen observer of, and apt commentator on technology, his comments on how people relate to PCs is typical Adams.

If you’ve never laughed out loud while reading, you probably haven’t read Douglas Adams. And if reading Adams doesn’t make you laugh out loud, I must assume you’re a bureaucrat and in need of a humour transplant. It’s impossible, in a short article, to list even a tenth of the Adamsisms which make me burst out laughing. So, being severely limited, here are three.

“There is an art to flying, or rather a knack. The knack lies in learning how to throw yourself at the ground and miss.”

Adams also warns about getting it wrong. “It’s not the fall that kills you; it’s the sudden stop at the end.”

Then there is one of many takes on perspective. “The fact that we live at the bottom of a deep gravity well, on the surface of a gas covered planet going around a nuclear fireball 90 million miles away and think this to be normal is obviously some indication of how skewed our perspective tends to be.”

Despite his playfulness, or perhaps because of a less skewed perspective, Adams took environmental problems more seriously than most other things in his life. “We don’t have to save the world – the world is big enough to look after itself. What we have to be concerned about is whether or not the world we live in will be capable of sustaining us in it.”

“Mostly harmless” is the entry that describes planet Earth in the Hitchhiker’s Guide to the Galaxy (HHGG). And planet Earth is mostly harmless; it’s the species who consider themselves the highest life form on the planet and assume that this gives them the right to be cavalier in their treatment of all other species who are the problem. Just ask a Yangtze river dolphin, or baiji, if you can find one. I doubt that you will, because the baiji have not been seen since 2006 and are now believed to be functionally extinct.

It’s unclear when Adams became an environmental activist, but it was probably when he and zoologist Mark Carwardine went looking for endangered species (the baiji, mountain gorillas and northern white rhinos being three of them) to write about in Last Chance to See. His close-up encounter with mountain gorillas affected him deeply and he became an active supporter of the Dian Fossey Gorilla Fund. He also became an active fundraiser for rhino conservation, particularly the critically endangered northern white rhino.

At 1.96m tall, Adams was a large man and he was once employed as a bodyguard by a Qatari family. Big men sometimes don’t know what to do with all those elbows, feet and knees, which makes them clumsy men. And Adams was clumsy physically, but on the page he was an acrobat.

Nick Webb, who, as the official biographer of Adams, knew him well, says “Douglas had the enviable ability to read something and remember and understand it. He really was extraordinarily bright.”

Webb’s biography is called Wish You Were Here, a title which is more than whimsy. It is also the name of a Pink Floyd album, but space prevents me from going into this connection any deeper. Appointing myself spokesman for the 15 million fans who bought HHGG in Adams’s lifetime, the millions who bought it since, and all those who just stole someone else’s copy, we do wish you were here.

How South Africa deconstructs the world