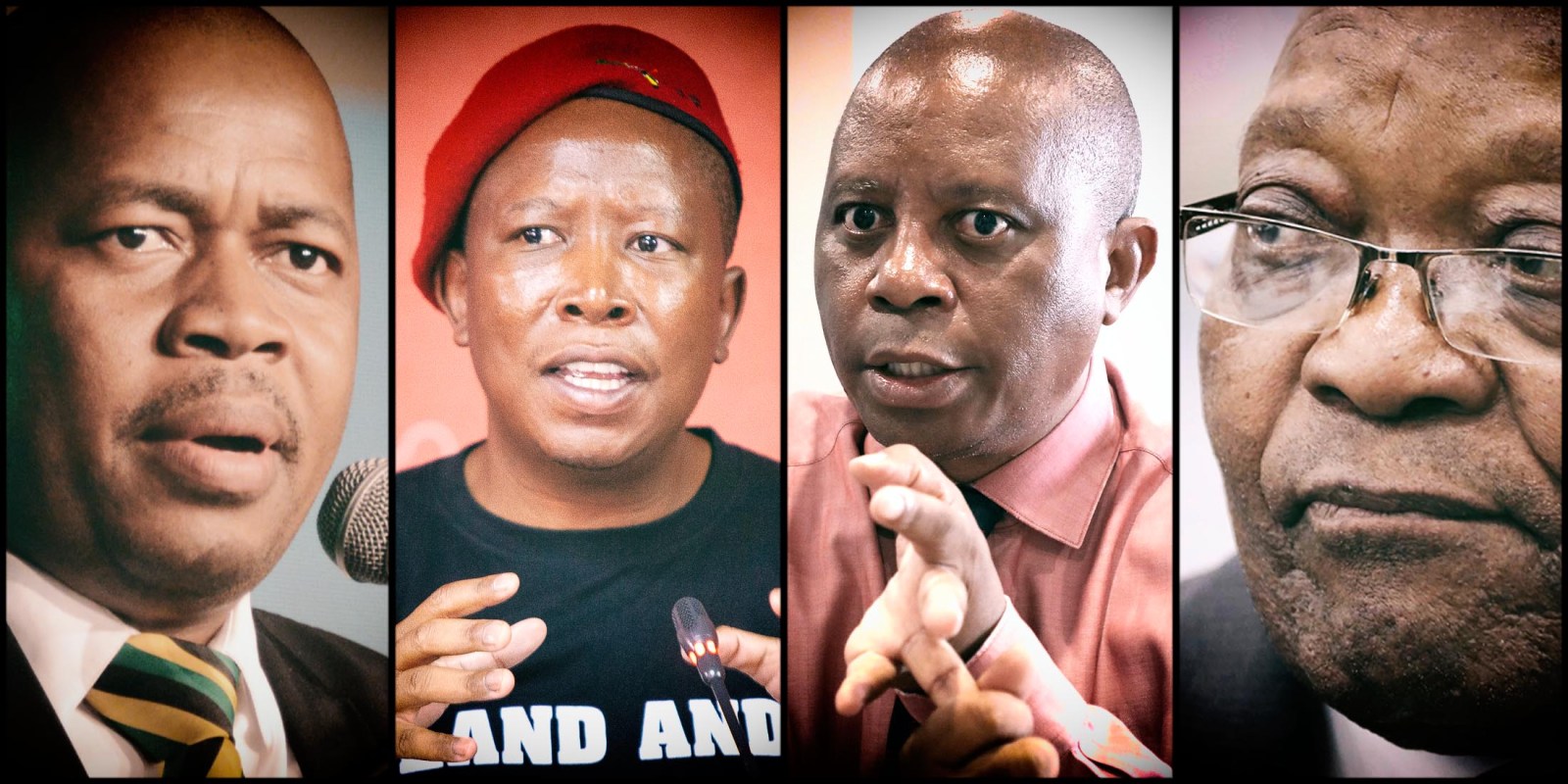 While the aims and goals of last week’s Nkandla tea party will be much analysed over the next few days, it appears ideology is not a deciding factor any more, but rather short-term gains for politicians’ own, and immediate, benefit. This trend of sidelining voters might continue in the near future, and could be difficult to reverse.

On Friday, EFF leader Julius Malema held his much-heralded “tea” with former president Jacob Zuma. The purpose of the meeting was perhaps about substantive development, which could be announced to the gathered media. Instead, the nation was shocked to discover, in the words of EFF spokesperson Vuyani Pambo, that the “tea was hot”.

It was the power of the images published so soon after the event by the EFF that was rather fascinating.

The photos show Zuma and Malema, along with Ekurhuleni Mayor Mzwandile Masina, ANC National Executive Committee member Tony Yengeni and former EFF chair Dali Mpofu. They appear to radiate that there is something afoot. The automatic assumption is that this is about weakening first the Zondo Commission and second the political position of the opponent they have in common, President Cyril Ramaphosa.

However, they also demonstrate the growing trend towards a lack of ideology.

It is sometimes forgotten that one of the main reasons Zuma moved against Malema in the first place, back in 2010, was because of their huge ideological differences, as well as the clash of strong personalities.

Malema tried to force the ANC national general council in eThekwini that year to adopt a position of nationalising the mines. He lost, dramatically. Such was his frustration that he and other ANC Youth League members tried to force a change to policy as it was being announced by then ANC policy head Jeff Radebe in an incident that became known as the “storming of the stage”.

During those years, and in his first term as president, Zuma actually took the ANC slightly to the right, not the left. Budgets were generally balanced, and there was a growing wage bill (after the finance minister warned against it), but generally speaking there was no dramatic lurch to the left.

Perhaps the proof of this is that at the ANC’s Mangaung Conference in 2012 Zuma introduced and told delegates to vote for the National Development Plan, a document that appeared to take our economy even more towards capitalism than to the left.

It was only when he came under political pressure because of the corruption allegations that he started to move towards the idea of “Radical Economic Transformation (RET)”. It is not an accident that many of the people who are now part of the RET WhatsApp group may well have similar accusations against them.

This then suggests that the “tea” was not about an honestly held shared ideology. If it was, there would have been a proper discussion about the economic policies that they share and agree on.

This is part of a much longer trend that we have seen.

Ideology appears to be less important than position.

A good example is Masina. He says that he prefers the EFF’s economic policy to that of the ANC. But he clearly does not hold that view strongly enough to give up his position as the ANC-appointed mayor of Ekurhuleni. If it was a view that he believed strongly in, perhaps he would join the EFF. Or he could keep pushing his view publicly to dare the ANC to suspend or expel him, the way his “good friend Julius” did all those years earlier.

It should be remembered that there are many people who have put power over ideology; that the draw of might is often the very essence of politics.

Currently, the DA is in power in a coalition in Nelson Mandela Bay, with a group of different parties. It is surely not the case that there is ideological agreement between the DA, the United Front and the African Independent Congress.

This was also true during the period of the “informal agreements” that saw the DA taking the mayoral chains in Tshwane and Joburg with the help of the EFF.

Action SA leader Herman Mashaba has said he will do a deal with anyone but the ANC to form coalitions after the local elections. The joke is that ideologically he is perhaps closer to the ANC than any other party. He left the DA when Helen Zille was elected chair of its Federal Council, appears to have a close relationship with Malema and is for capitalism so much that he chaired the Free Market Foundation for years after being a successful entrepreneur (Black Like Me). But how can Mashaba claim to be driven by any ideology with a statement such as this?

While this may be in the interests of political actors, and particularly in their shorter-term interests, it removes voters, and their wishes, from the equation.

If a voter cast a ballot for a particular party or a particular leader there was perhaps an expectation that the leader or party would behave in a particular way, and would push for a certain policy that was promised during the campaign.

It may simply be that some people voted for the EFF in protest at the ANC and its conduct during the Zuma years. Now those voters have seen their power reduced. And there is not much they can do about it, at least not in the short term.

Additionally, our politics is not divorced from other trends. Perhaps the most important of these over the last 20 years has been the move from the politics of ideology and “Left vs Right” on economic matters, and towards the politics of identity.

The next question is whether this trend will continue: will ideology continue to be less important in our politics?

It would appear difficult to stop this dynamic from continuing – unless there is a dramatic shift, or perhaps a change to the structure of our politics. Of course, nothing is certain, and the last few years have seen events that were difficult to predict.

But if it does not change, it is likely that there will be a greater detachment from politics by voters. Why vote if politicians cannot be trusted? That, in turn, strengthens the insiders in the game, those who have positions and the resources and organisation to attract voters by any means.

However, an even bigger problem is that the short-term deals make it harder to resolve our national problems. There is no point in doing the harder longer-term work of building sustainable coalitions of constituencies with the aim of reaching agreement on seemingly intractable problems, if the two heavyweights decide to scrap everything and have tea.

To an extent, Zuma and Malema are sometimes seen as two of the most important shapers of our politics. But that is not necessarily the case, not any more. Here they are reacting to events and dynamics, dynamics that they cannot properly control. They are grasping the opportunities provided for by this confluence of events, and perhaps to win a media cycle or two.

In the longer-term dynamic, the departure of ideology from our politics might prove to be a seriously damaging development. South Africa is increasingly a democracy in name only, with damaged institutions holding a badly listing state ship together with rope and chewing gum.

The last thing we need is nakedly opportunistic plans that are concentrated on shaping our political space around personalities and not around what they stand for. DM