No justice for five-year-old Chantelle Makwena, who was raped, killed and dumped in a toilet, despite smoking gun DNA evidence 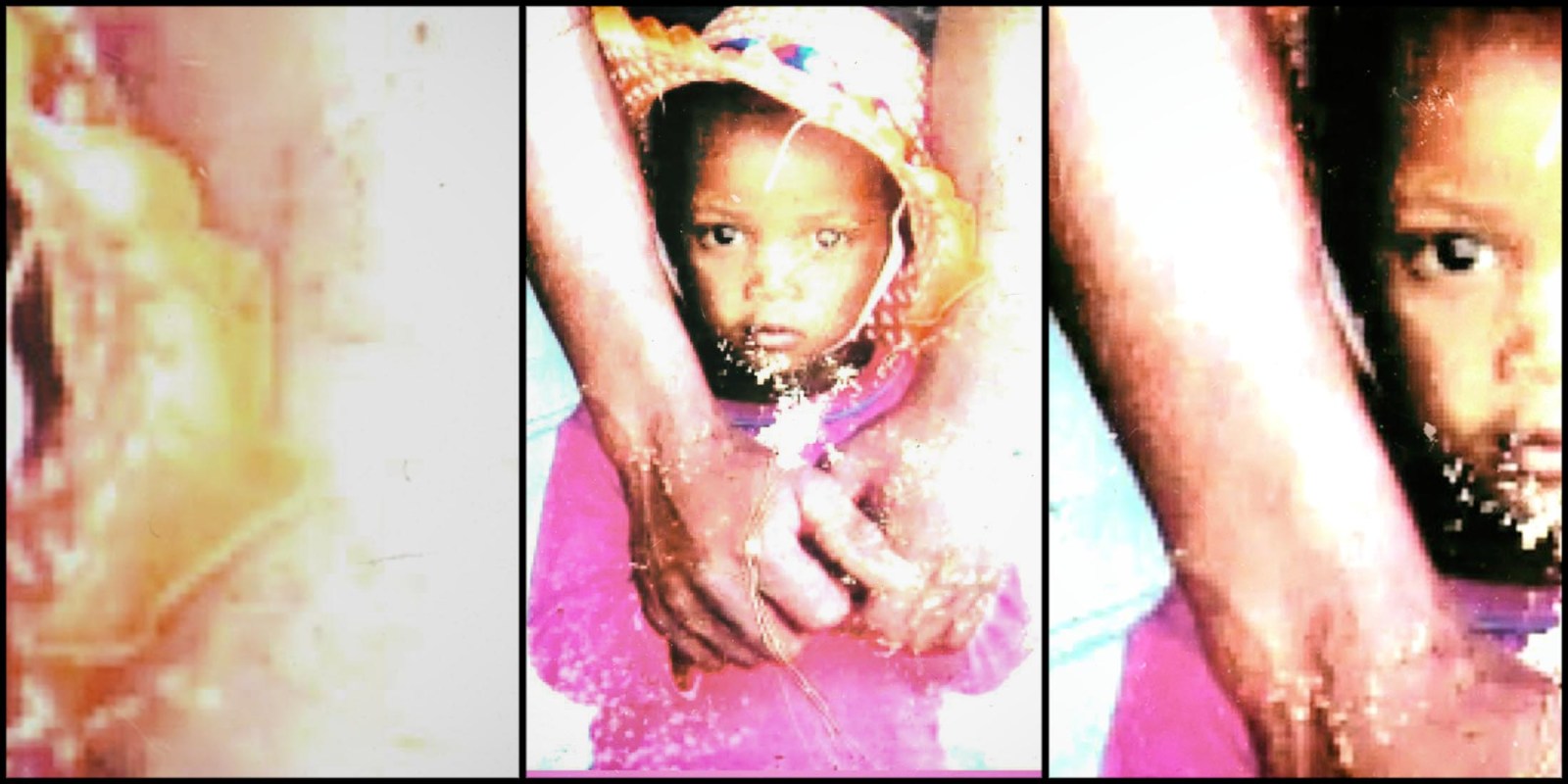 Eighteen months after she was raped, murdered and dumped in a broken toilet, the man suspected of killing Chantelle Makwena has not been arrested for the crime – because a DNA sample, believed to belong to him, lies untested at a police laboratory.

For the past 18 months the DNA sample that could probably identify the man who raped a five-year-old, bludgeoned her to death with a stone and left her slumped over a broken toilet, has been left untested in a police laboratory. The suspect, who was out on bail for another rape case, has, in the meanwhile, disappeared.

After waiting for six weeks in vain for the police to arrest the man, who was last seen with her daughter, Veronica and two others attacked him and attempted to cut off his penis.

They were swiftly arrested, detained for weeks and now face trial. An NGO, Enough is Enough, paid her R500 bail, which her family could not afford.

The man, who had subsequently been arrested for the rape of a woman in 2018, was released on bail and has since disappeared.

Des Goodwin, who runs the NGO Giving Gifts of Love to Newborn Babies in Need PE, recounted how Veronica, who also has a younger baby, was failed by every government agency approached by them for help.

She is an undocumented South African and despite their best efforts, they have been unable to assist her to obtain birth certificates for her and her children. She has not been able to access child grants, and when she was arrested her surviving baby, seven months old, was taken away from her and only brought to prison after NGOs intervened on the child’s behalf.

“But now all we want to do is to get the police to test the DNA so that we can get justice for Chantelle,” Goodwin said.

Recounting the disappearance of the child, Veronica, 27, said they were at home on the night of Friday, August 2019. The child was left in the care of the man who is now the main suspect in her rape and murder while she went to see a relative with her sister.

“When we came back the child was gone. We looked everywhere for her. We couldn’t find her. She wasn’t with her dad. She wasn’t with the other children she used to play with. Her dad found her the next day past two. The police and the ambulance arrived, but we had to wait until 6pm for the mortuary van. It was only then they could pick her up.”

Six weeks later, on September 21, Veronica was arrested for stabbing and attempting to cut off the penis of the suspect. She was arrested with another woman and a man.

“When they caught me they locked me up at the police station and then they took me to the Rooi Hel [the colloquial name for the women’s prison in Port Elizabeth]. I was very sad. I cried a lot at the prison. It wasn’t nice.”

“She couldn’t even pay bail,” Goodwin said. “When she was arrested it was the first time she had been in Port Elizabeth, about 50km away. Now she must take three taxis every three months to get to court. She goes into a state every time,” Goodwin said.

“Everyone, including the police and the prosecutors, is frustrated by the delay in getting the DNA tested,” Goodwin said.

“I have personally approached the Gender Commission and the Human Rights Commission about this case and they could not help. Everyone just tells us to be patient.

“We will pay for the DNA test.”

Goodwin said after Veronica was arrested for attacking the man the community believes raped and killed her daughter, her baby was left with the small community living near Rocklands in Port Elizabeth.

“They went to the Department of Social Development to say we don’t know what to do with this child.”

According to correspondence to Goodwin from advocate Loyiso Mpondo from the South African Human Rights Commission, they found out that there can be no progress in the matter as the police have no leads except the DNA evidence that has not been tested.

In the past year, the police have admitted to two courts and to Parliament that a budget crisis has pushed their laboratories to the edge of collapse and stalled thousands of gender-based violence (GBV) cases, including rape, murder and attempted murder, because technicians are unable to carry out DNA analysis.

According to Andrew Whitfield from the Democratic Alliance, more than 100,000 DNA samples, most needed as evidence in GBV prosecutions, have yet to be processed because police forensic laboratories are suffering the brunt of a severe budget and procurement crisis.

Last week, Whitfield said that as far as he knows the situation is unchanged. “We are scheduled to hear from the police this month or the next. I believe the situation persists,” he said.

In September 2020 during an inquiry into undue delays in three rape cases in the Vredenburg Regional Court in the Western Cape, Colonel Thembela Lamani from the police’s biology laboratory admitted that officers in charge of the process had to select which samples would be analysed because funds were not available to perform all tests.

“We did not have the budget. It has made for us not to be fully productive. We will have to pick and choose cases as per the request of the investigating officer,” Lamani testified.

At the time, magistrate Vic Gibson, who ordered the inquiry into the delays in the three trials, said: “I regard this as potentially a human rights issue that perhaps should be taken up with the Human Rights Commission.”

Lamani said at the time that two of the five contracts needed for the laboratories to function at full capacity had been approved and another one would be approved in September.

“Then we will be left with two, but it is an ongoing thing in terms of approving those contracts. After all those contracts have been approved then the laboratories won’t find themselves… in this situation,” he said.

In March 2020 the Makhanda High Court heard evidence from Lieutenant-Colonel Sharlene Otto, the police’s chief forensic analyst, and Michael Reddy, financial head of the Hawks, in a similar inquiry into undue delays. They testified that DNA analysis is done either in Cape Town or in Pretoria, but since 1 April 2019 the laboratories have been short of chemicals and consumables.

Answering a question in the Eastern Cape legislature, the provincial MEC for Safety and Liaison, Weziwe Tikana-Gxothiwe, said the province’s forensic laboratories, which do preliminary work on samples, had a backlog of 1,050 cases for similar reasons.

In a written answer to Parliament, Police Minister Bheki Cele admitted that police forensic laboratories had been failing to meet the demand for their services due to the lack of consumables and of poor equipment maintenance.

“This was due to limited funds,” he said. “The operational budget was increased, which enabled the servicing of laboratory instruments and the purchasing of consumables, which in turn resulted in improved performance.”

In June, Justice and Correctional Services Minister Ronald Lamola said that a project had been launched “to focus on fast-tracking outstanding court cases due to the unavailability of the DNA analysis reports, specifically those cases that involve children. This project is done in conjunction with SAPS FCS [Family Violence, Child Protection and Sexual Offences unit] and the Forensic Science Laboratory (FSL) and implemented in phases, to ensure that the backlog of these cases is reduced.”

But this is not the case for Chantelle.

“All we want is to get justice for this girl,” Goodwin said. DM/MC