Covid-19: Grim start to year for once bustling Gatesvil...

Covid-19: Grim start to year for once bustling Gatesville market 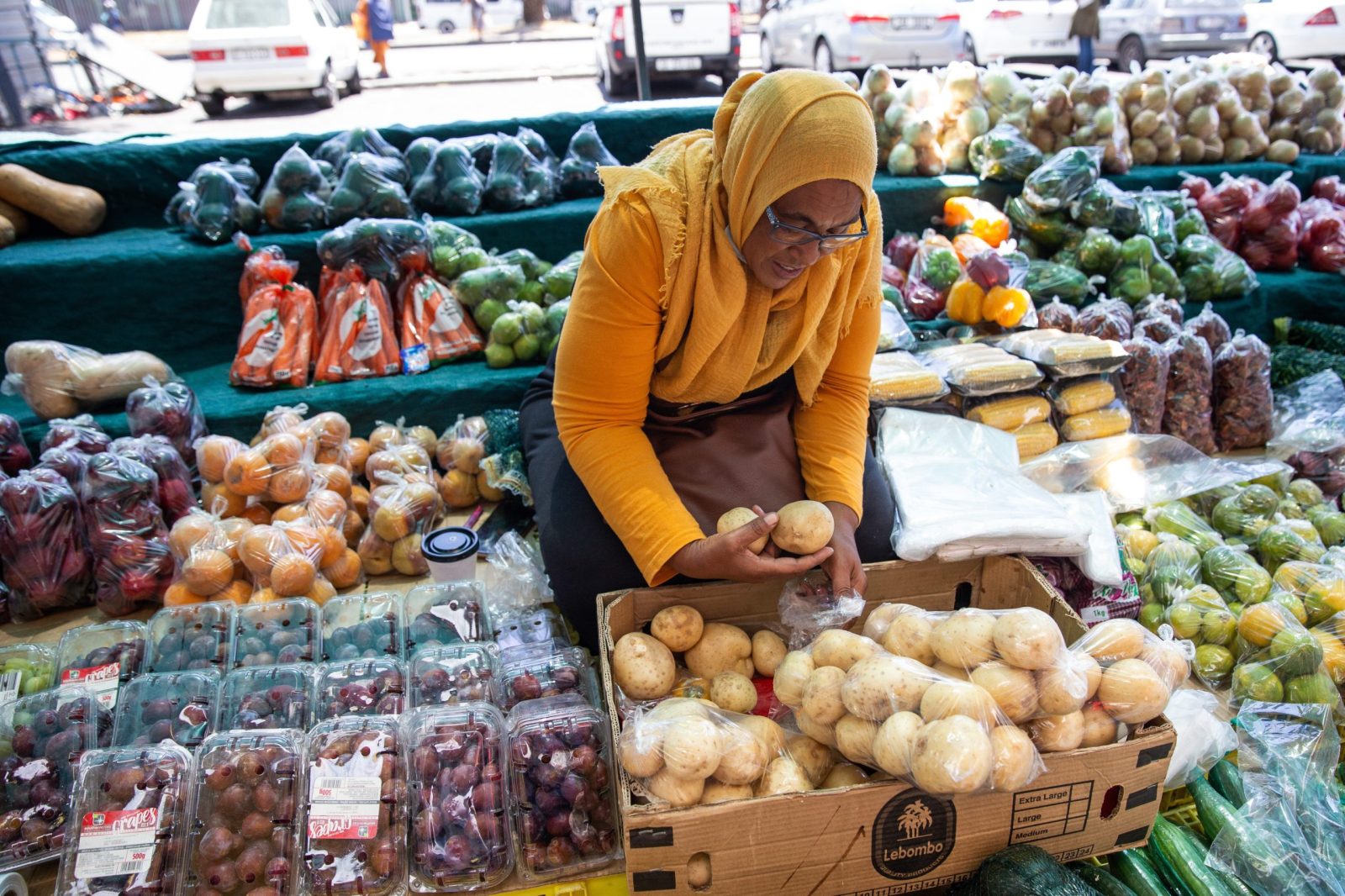 Sharifa Cloete has been a trader on the market for over 30 years. But now she struggles to make a living. (Photo: Ashraf Hendricks)

On most weekends, the centre of Gatesville in Cape Town would be bustling with crowds of people shopping for everything from fresh produce and homemade mango atchar (mango pickle) to religious clothing, and even face creams. But since the Covid-19 pandemic and lockdown started in March 2020, few people come to a street which used to overflow with footsteps and chatter. And the informal traders are left without shoppers.

“Business really dropped a lot,” says Sharifa Cloete, who has been trading fruit and vegetables for over 30 years on what she calls the “Gatesville-Rylands” market, as the market stretches into both suburbs. On a busy day, she says, she would make up to R8,000. Now she is grateful to make R2,000.

When GroundUp visited the market at about 11am on Friday 29 January, only small groups of customers were walking around.

Cloete purchases her produce from the Cape Town Market in Epping. She says goods have become a lot more expensive over the last year. Ten kilos of ginger used to cost R1,500, “but you pay up to R3,200 now” she says. Because of the prices, Cloete sometimes finds herself purchasing on credit, something which she wouldn’t have done before. And the lack of customers means that there is a greater chance of produce getting old. With the new year, she says that things still haven’t picked up. Normally she is able to save some money, but now “I can’t afford to put R20 away,” says Cloete.

Imtiaz Shaik, 56, has been trading here since he was a little boy. When lockdown started in March, he says they weren’t allowed to trade at all. “It was very difficult for us,” he says. Shaik sells hot food, including boerewors rolls and samosas. His store employs four people, of whom two are paid and the others are family members.

He says during the lockdown the number of customers shrank as people lost their jobs or were paid less. Even the owners of the formal shops felt the pinch, he says. “They still have to pay lights, rent and water.”

The market covers an area from Klipfontein Road to Johnson Road. According to the City of Cape Town Mayco member for Urban Management Grant Twigg, there are 135 permitted informal traders who pay R197 a month for their block.

“There’s a chain reaction,” says Shaik, as the effect of the pandemic is felt all the way to the car guards and trolley pushers.

Because of the lack of customers, his staff works fewer days. The new year is “looking very grim,” says Shaik. Even the usual “summer clearance” sale signs are absent. “Covid hit us all hard.”

Shaik sees informal traders as vital to the community since customers get value for money. “If you go to the mall, it’s expensive,” he says.

Gamat Sadie Abader started trading in his early twenties. He is now 66. His parents and grandparents used to sell, going from house to house in Cape Town city centre, sometimes using a horse and cart.

Since lockdown, Abader says, the turnover on his fruit and vegetable stall is “at least 50% down”. The market is the only income for himself, his son and his daughter. “We are doing OK. We don’t overspend,” he says.

Business picks up at the end of the month, but “after the 7th, it is down again”. Compared to last year, he says, it’s extremely quiet. At this time last year, some shops were so full that they had to close the doors to stop people from entering and the queues stretched into the streets.

Abader also buys from Epping market and confirms that prices have risen sharply. “The people like to buy from us because they can come here and say they want R3 of tomatoes”, which can’t be done at a bigger store. Prices are lower, he says, and when customers are short of a few rands, the vendors sell them the goods at a lower price. “We’re here to serve the people,” he says. DM