As Makhosi Khoza testifies, the curtain lifts on ANC parliamentary caucus factions – and toeing the line to defend Zuma 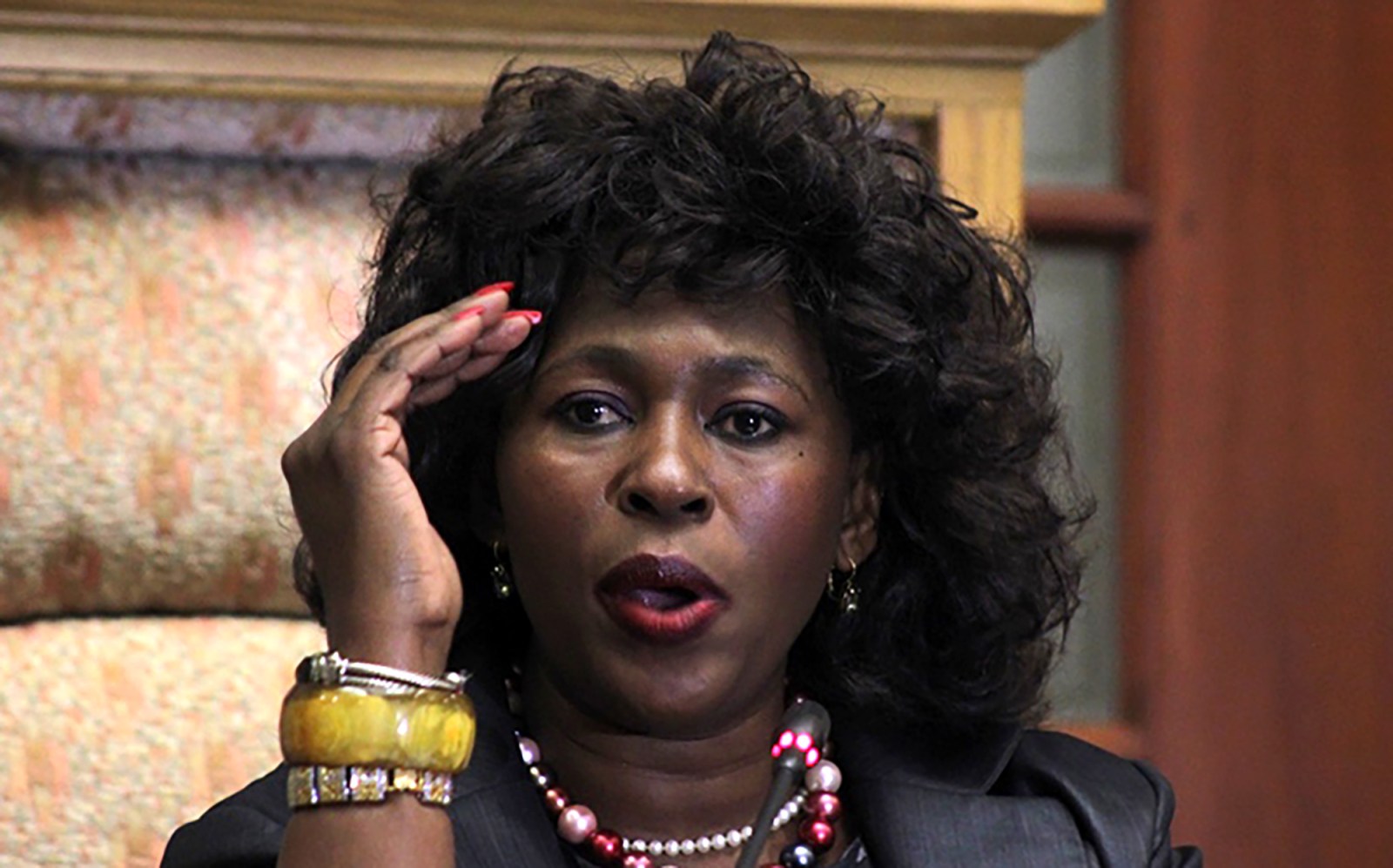 The ANC may be responsible ‘for a certain share of blame’ for Parliament’s ineffective oversight by hemming in its MPs. That’s how State Capture commission chairperson Deputy Chief Justice Raymond Zondo wrapped a day of bruising details of ANC parliamentary caucus dynamics.

That then ANC secretary-general Gwede Mantashe should have instructed MPs to defend Zuma – “We were told an attack on Jacob Zuma is an attack on the ANC. We were instructed to vote in favour of Jacob Zuma” – left commission chairperson Deputy Chief Justice Raymond Zondo taken aback.

The party political instruction jarred with the Constitutional Court judgment that put MPs’ duty to country and Constitution above party loyalty – despite any uncomfortable consequences for the public elected representatives.

“Nowhere does the supreme law provide for them to swear allegiance to their political parties, important players though they are in our constitutional scheme. Meaning, in the event of conflict between upholding constitutional values and party loyalty, their irrevocable undertaking to, in effect, serve the people and do only what is in their best interests must prevail,” said the Constitutional Court judgment on 22 June 2017.

That ruling came after the United Democratic Movement (UDM) approached the Constitutional Court over a secret ballot. The then speaker Baleka Mbete, also ANC national chairperson, had said she did not have the power to decide on that.

But the Constitutional Court said she did, and only she could decide. It took another six week before Mbete, at a media briefing on the eve of the scheduled no-confidence vote, announced,“I determine the voting in the motion of no confidence in the president on the 8th of August will be by secret ballot.”

It was a pivotal moment – for South Africa’s public life, for Parliament and for Mbete, who was criticised for bias given her role as one of the ANC’s top six officials. According to the parliamentary grapevine, she had been put in the position of speaker to protect Zuma and his ministers.

What did not emerge in Thursday’s dry setting of a judicial inquiry conducted via Zoom calls, was the tension and roiling politics and Byzantine manoeuvring of the time.

Then, Zuma’s relationship with the Guptas and State Capture was increasingly exposed in public, also through #GuptaLeaks. Calls came from the ANC’s veteran and stalwart ranks for Zuma to leave office. In April 2017 thousands of South Africans marched in anti-Zuma protests across the country.

The UDM’s Constitutional Court case had started discussions around MPs’ roles as elected representatives of the public. And talk of following one’s conscience that arose with the secret ballot litigation set in motion not only talk of ANC MPs voting by conscience, rather than party diktat, but also behind the scenes lobbying to secure votes. Meetings were held; arguments offered to persuade; agreements quietly reached. Across the opposition, it was thought they had clinched support from enough ANC MPs.

Tuesday, 8 August 2017, was one of those key mobilising moments for the ANC where all stops were pulled into a show of force, strength and unity.

Outside Parliament, there were protests against Zuma, while the Western Cape ANC had rallied pro-Zuma demonstrators. Inside the parliamentary precinct, a group of ANC MPs burst into pro-Zuma song.

The then ANC secretary-general Gwede Mantashe addressed a special caucus, also attended by Zuma, to lay down the marching orders – defeat the opposition motion of no confidence.

He cautioned that South Africa was turning into a “judiciocracy”, according to Thursday’s Zondo testimony, and dismissed any notion of voting by conscience.

Although a no-confidence motion is a constitutional tool to hold the executive accountable, the ANC styled it as an opposition attempt at regime change, a favourite of then state security minister David Mahlobo, of attempts to bring about a coup d’etat and of “insurrectional opposition”.

The truth is the situation in the ANC was such that anyone who sought to uphold the rule of law will be severely punished. The ruling party was instrumental in crippling, in weakening [parliamentary] oversight.

As it turned out, the ANC won the day as the motion of no confidence was defeated, with 198 votes against, 177 for and nine abstentions. But that count was significantly tighter than the previous no-confidence motion on 10 November 2016, by open vote.

On Thursday Khoza told Zondo that a week after the second motion was defeated, Mantashe and Zuma, speaking as ANC president, said disciplinary proceedings would be brought against those who had voted with their conscience.

Zondo canvassed that point repeatedly. It was important to him.

“It may have been bad enough by any other party, but when it is said by the ruling party, the majority party, it’s even worse. [When] somebody, and especially the secretary-general of the ANC or the president of the ANC or the national executive says, in effect, ‘Anybody who has acted in accordance with what the judgment of the Constitutional Court said will be disciplined by the party’, I can’t understand… I can’t understand how that could be said in the light of the judgment,” said Zondo.

“The truth is the situation in the ANC was such that anyone who sought to uphold the rule of law will be severely punished,” she said. “The ruling party was instrumental in crippling, in weakening [parliamentary] oversight.”

That committee was the only one of four that had been asked by Parliament to probe the damning #GuptaLeaks claims.

“It was a great risk we were taking as there was a divided caucus,” said Rantho, who while chairing the parliamentary Eskom State Capture inquiry received threats, as did her family. She did not return to Parliament following the May 2019 elections.

“The ruling party itself may be responsible for a certain share of blame as to why its own member of Parliament might have felt that they were limited in a very serious way in properly discharging their oversight functions,” said Zondo.

“It is quite concerning if the ruling party was giving instruction towards its members of Parliament [that] it was wrong to perform your oversight functions properly… you shouldn’t call an ANC minister to account.”

Khoza faced ANC parliamentary charges, but ultimately was brought up on disciplinary charges by the KwaZulu-Natal ANC in September 2017, and then resigned from the ANC which she had joined aged 12.

It would not be new. Like Rantho, the outspoken Khoza was also threatened, physically and through smear campaigns.

“I didn’t mind when the threats were directed at me. But my children were going through so much emotional pain,” said Khoza, losing control over her voice for just a moment. “My children were forever worried whether I was coming back alive.”

The ANC is expected to give its account, although no date was given. Zondo on Thursday said the governing party was “cooperating with the commission” and deposing affidavits.

For Zondo on Thursday, as on Tuesday, a nagging question emerged: if Parliament had done effective and proper oversight, billions of rands lost through State Capture could have been saved. DM