Motion of No Confidence: Teflon Zuma survives but vote closer than expected 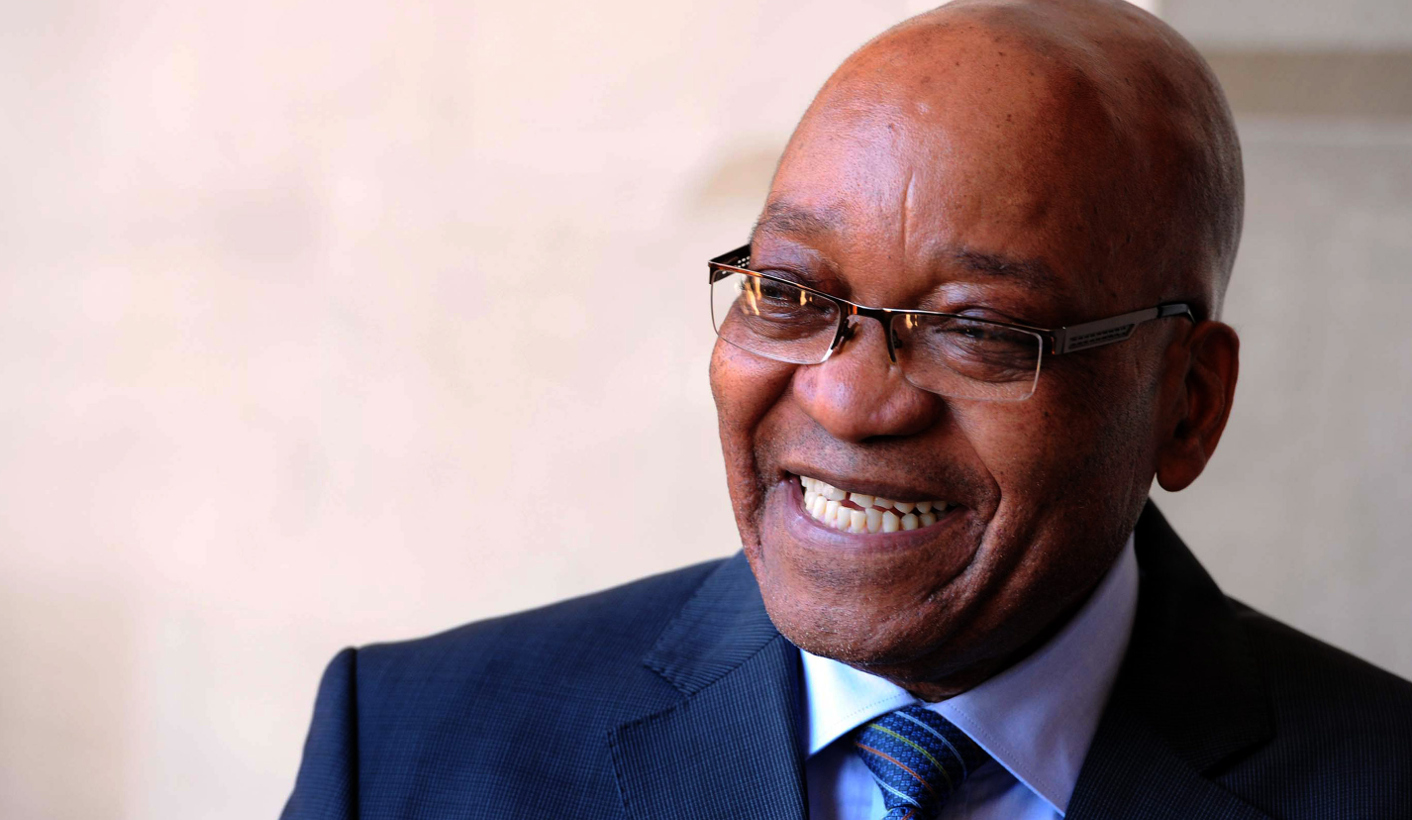 The constitutional motion of no confidence in President Jacob Zuma on Tuesday was defeated with 198 votes against, 177 for and nine abstentions. Despite the opposition parties’ confidence they had the support of enough ANC MPs to meet the threshold of 201 yes’es, it was not to be even if the margins narrowed from a similar vote in November 2016. On Tuesday the ANC pulled a rabbit out of the hat draped in the rhetoric of regime change and coups d’etat, arguing opposition MPs were targeting not the president, but the ANC and its 11-million voters. By MARIANNE MERTEN

Even before the vote was officially announced in what the ANC regards as a victory after a terse debate, its benches burst into song.

The build up was intense. Marches against Zuma and, by the ANC Cape Town region, for Zuma. And there was an ANC parliamentary caucus meeting ahead of the vote, with Zuma in attendance, but not speaking.

There, MPs of the governing party were, again, reminded of the party line – vote against the motion as the ANC could not support the opposition, which was its nemesis. It was ANC Secretary-General Gwede Mantashe, who delivered the message. And afterwards, the ANC’s message the opposition motion of no confidence must be defeated was publicly reiterated by Mantashe and ANC Chief Whip Jackson Mthembu. “The ANC can’t vote with the opposition. You can call it a motion of no confidence; we call it voting out the president,” said Mthembu, adding: “Yeyethu!(It’s ours)”.

In the House, in their speeches four ANC speakers did not actually defend Zuma, the politician, but instead touched the same key messaged: the no confidence motion was tantamount to “a coup d’etat” and aimed at removing the democratically elected ANC majority from government, thus effecting regime change.

Or as ANC Deputy Chief Whip Doris Dlakude put it: “This debate is about our integrity as the governing party, public representatives and the nation which occurs in an environment a democratically elected majority … Is pitted against an insurrectional opposition (representing elites)”.

Arts and Culture Minister Nathi Mthethwa followed: “The stooges and their bosses are targeting the people’s assembly because they think it is their apartheid Parliament… The ultimate target is the ANC… The ANC is united, solid and vibrant. The ANC will resolve their own internal dynamics…”

And Defence Minister Nosiviwe Mapisa-Nqakula set the marching line. “My conscience tells me we all need to respect the voters, who have brought us here. The only way the ANC can lose power is in a negative vote in the next election… I am standing here as this podium to defend the ANC.”

But is was EFF leader Julius Malema who had it down pat, going straight to the heart of the matter – the motion was about rising up against “the Guptas, who are reshuffling Cabinet” and who were appointing the boards of state-owned entities.

“We are not here today to remove a democratically elected ANC government. Ours today is not against the ANC, but against the father of Duduzane (Zuma). We are here to remove Duduzane’s father because he is the most corrupt…” said Malema.

“We warned you about Nkandla and you did not listen… In 2016 you lost some of the metros and your response was you could have handled this differently and you committed to improve….”

The EFF leader said to date there’s not been a single improvement as promised. “Now can you imagine what will happen in 2019 when you continue the way you are.”

And Bantu Holomisa, the leader of the United Democratic Movement (UDM) that initiated the secret ballot case in the Constitutional Court, said there was now a safety net for all MPS, that of the secret ballot. “Let us seize the moment,” he said. “Let us vote against the chief agent of State Capture… What ever we do this afternoon it must be for and about South Africa.”

Other opposition parties argued similarly. Just under an hour later, the debate was over, the House adjourned so the ballot boxes could be set up. At 4.43pm the voting started. At 6.43pm the vote was announced.

The vote outcome? Well, that depends.

For the ANC, it may have realised a short-term plan with view to its December national elective conference, but with so much in the air in the deeply factionalised governing party, the long-term game to 2019 elections may just hold unpleasant surprises. DM