Still no trial date for man accused of murdering eight-... 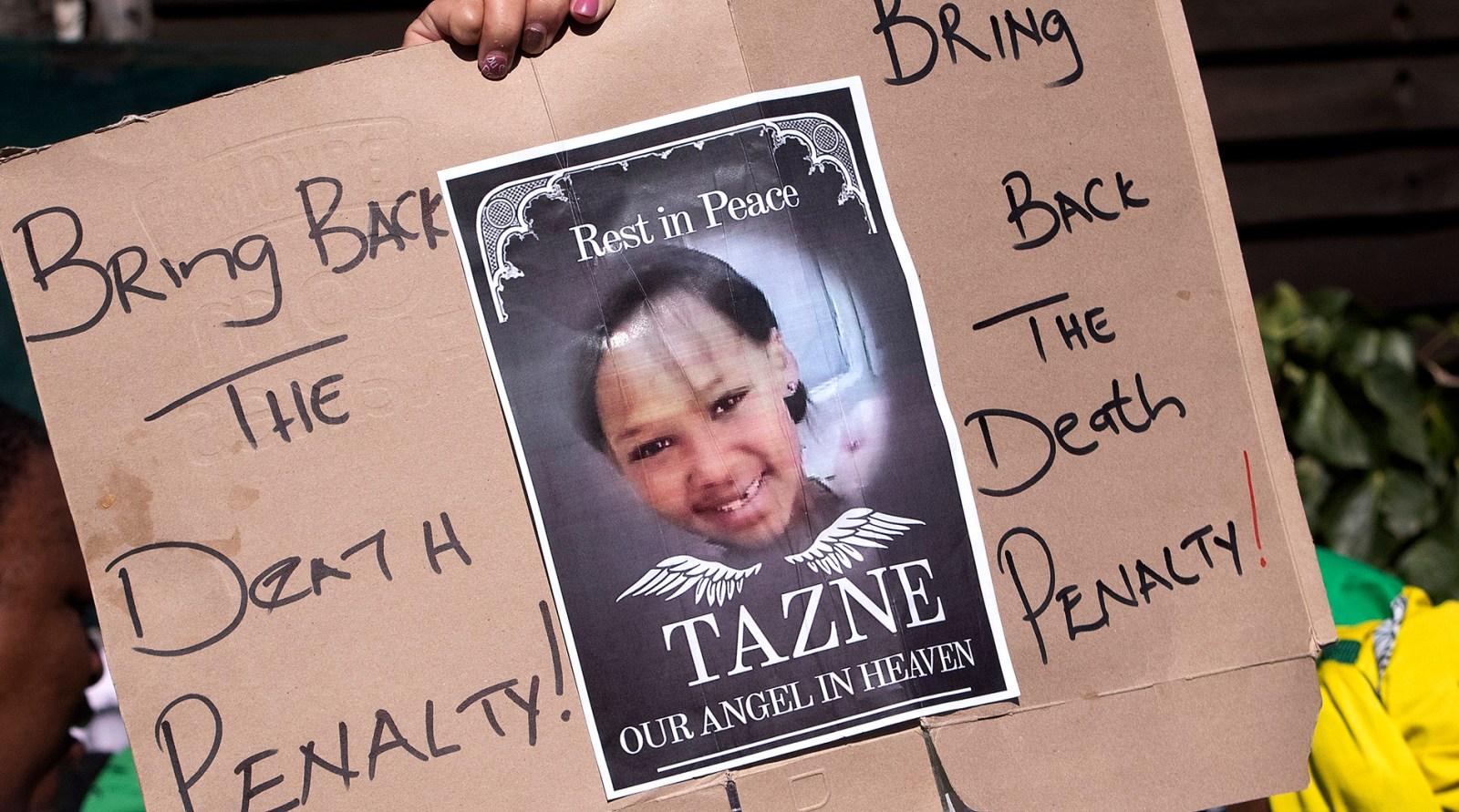 Tazne van Wyk disappeared from her family home on 7 February 2020 and her body was found two weeks later in a stormwater pipe along the N1 highway near Worcester. (Photo: Gallo Images / Brenton Geach)

Despite the delays, Moyhdian Pangarker will get his day in the dock, where he will plead to the 20 charges he faces.

After two failed pretrial conferences in the Western Cape High Court to ensure that all documents relating to the case were in order and legal representations sorted out, a trial date for murder accused Moyhdian Pangarker has not been set.

On Wednesday, the pre-trial conference was postponed to 19 March due to the unavailability of Pangarker’s legal representative. However, despite the delays Pangarker will get his day in the dock where he will plead to the 20 charges he faces. These include the murder of eight-year-old Tazne van Wyk in February 2020, 11 counts of rape, three counts of common assault, one count of sexual assault, two counts of kidnapping, incest and violation/desecration of a corpse.

The indictment and summary reveal details of the heinous crimes Pangarker allegedly committed. But it was the murder of Tazne in February 2020 that sent shockwaves through the Western Cape.

Ten days later Pangarker was arrested in Cradock and led the police to where her body had been dumped, in a stormwater pipe next to the N1 highway just outside Worcester, about 95km from her home in Ravensmead.

Court documents state Pangarker violated the corpse of Tazne by cutting or sawing off her left hand.

The post mortem report revealed the cause of death was blunt force trauma to the head, neck, chest and pelvic area. The State also contends Pangarker raped Tazne and that the offence was planned and premeditated, which has a minimum sentence of life imprisonment.

The other crimes – rape, kidnapping, common assault and incest – were allegedly committed by Pangarker between October 2016 and 2019 in the area of Ladismith. The victims’ identities have been withheld.

Meanwhile, the trial in another case of child murder started on Monday 1 February in the Western Cape High Court. Melvin Volkwyn is accused of causing the death of one-year-old Orderick Lucas and hiding his body in a drain.

Orderick went missing on or about 24 March 2019 and on Tuesday 2 April 2019 a group of children discovered his body in a stormwater drain.

Evidence from a social worker indicated Orderick was a potentially abused and deliberately neglected child.

The little boy’s teeth were allegedly extracted with a pair of pliers when Orderick’s mother, Davedine, asked and paid Volkwyn to take her son to the clinic to have a loose tooth seen to.

On Monday in the Western Cape High, Volkwyn pleaded not guilty to murdering Orderick and told the court he had handed the child to his mother.

The mother denies this and on Wednesday, 3 February, the court heard that she had told a social worker that she couldn’t remember in whose care she had left Orderick.

At the time of the one-year-old’s death his mother didn’t have custody of any of her four children. Orderick and her twin sons were under the guardianship of Davedine’s mother, Cornelia Scheepers, while her eldest daughter was in the care of her paternal family

The case continues on Thursday. DM/MC