Two Eastern Cape teachers ‘stressed out and sick’ b... 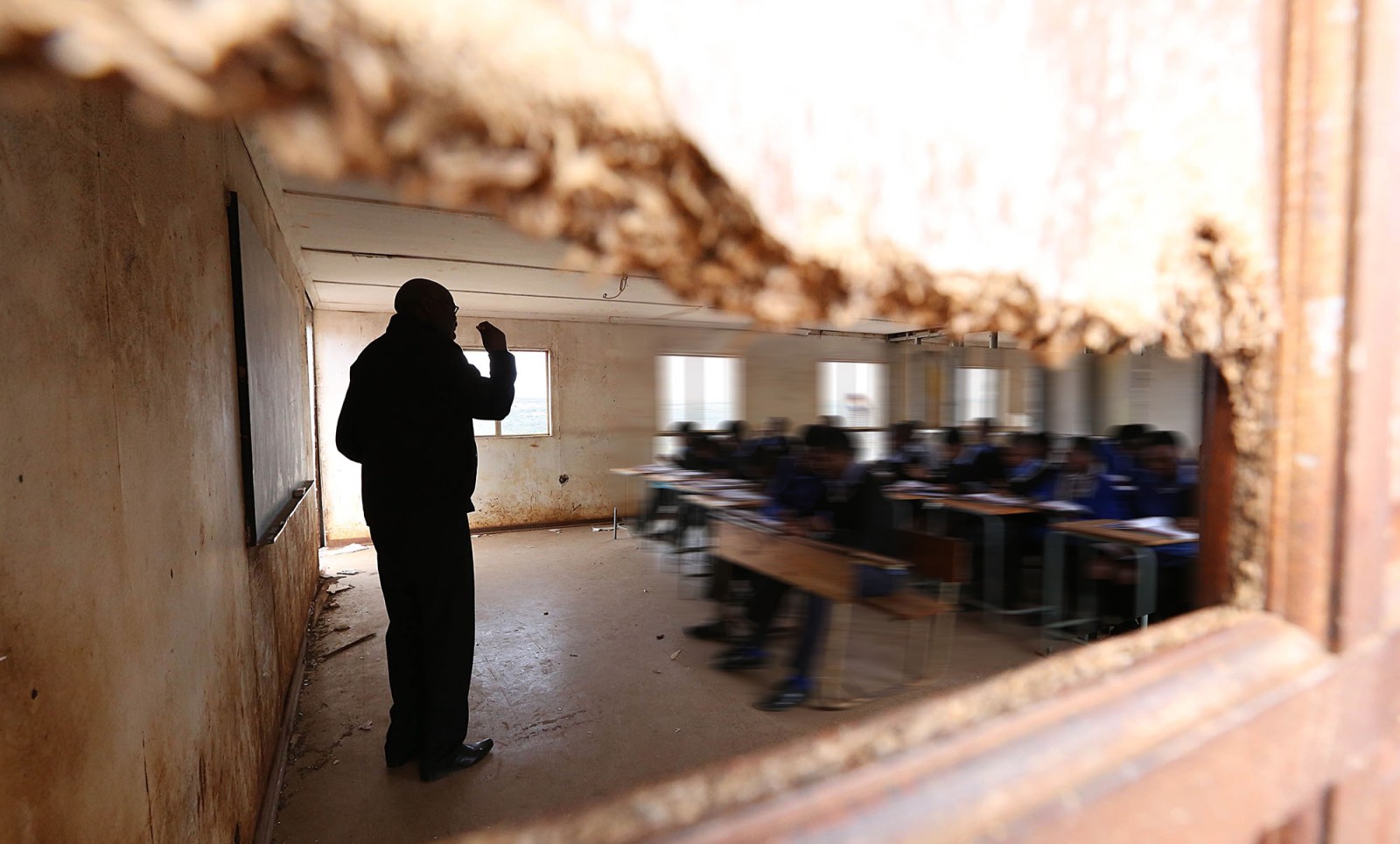 For the past year, two protected temporary teachers in the Eastern Cape borrowed money and begged their schools to help them financially because they haven’t been paid since December 2019. Despite receiving no compensation, they continued working in 2020.

In 2020, Kaylene Krige and Iris Wagenaar, protected temporary teachers in the Eastern Cape, were “stressed out and sick” because they were penniless despite working.

“I’ve worked at this school since 2009. The last time I was paid was December 2019,” Krige told Daily Maverick.

Temporary teachers don’t receive any benefits from the schools they work at.

“We only get our salary and the 37% [of their salary in lieu of benefits]. There’s no medical aid, no housing allowance, no pension fund, just that,” said Krige.

The stress of working but not being paid caused Krige to have health issues such as increased blood pressure.

“I was unable to pay rent and I’m raising three children by myself so I had to move back in with my mother, whose only form of income is the pension grant,” said Krige.

The only other money that Krige had access to was the R1,500 the father of her three children would send. The rent alone where she stayed with her children was R4,500.

In messages that Daily Maverick has seen, Krige asked the principal of the school and the district director for help to resolve her lack of income.

“The situation was so bad, after I got my prescription for my tablets for my blood pressure I had to ask my principal to help me pay for the tablets, but he didn’t respond to me so I couldn’t pay for them,” said Krige.

“I asked them for help because how can they expect me to come to school knowing very well that I haven’t been paid [since 2019]?” said Krige.

In a letter sent to Krige from the school, the school said, “We, the management of the school, are not at liberty to entertain and or approve any request for financial assistance seeing that the allocation and management of finances are the responsibility of the finance committee of the school. We, therefore, can’t approve and or render any loans to colleagues or any persons.”

“But I don’t have money to eat, let alone come to work; that’s why I asked for their help,” said Krige. The name of the school Krige works for has been withheld to protect Krige from reprisal.

Krige, who teaches Grade 1 learners, also reached out to the district director, inquiring about her salary. In the message, she wrote: “The whole system and management are failing me while I was at school doing my utmost best to teach the learners under very bad circumstances.”

The response she got was that the district office was working on it.

While many teachers were ill or stayed at home because of comorbidities, Krige took on the extra work of teaching their pupils, she said. In the message she sent to the district director, Krige wrote: “I did not only do my work, but I always help other teacher’s students to complete their work.”

By October Krige was too ill and destitute to go to work.

According to this 2018 collective agreement, temporary teachers are eligible to become permanent teachers if they’ve held the post for at least three months.

According to the same document, one of the reasons temporary teachers may be refused the position as a permanent teacher is if the head of department decides to fill the vacancy by following the normal recruitment and selections procedure.

In the messages between Krige and the school’s deputy director, Krige was told that her permanent appointment had been rejected because she lacked the necessary qualifications – yet she did have the qualifications.

Another primary school protected temporary teacher in the Sarah Baartman District Municipality, Iris Wagenaar, who also hasn’t been paid since December 2019, said she was “stressed out” by the lack of payment.

“For the past year I’ve been getting by by borrowing money, but people don’t believe that even until today I haven’t gotten my salary,” said Wagenaar.

Wagenaar has been supported by her husband, who is a permanent teacher.

“I’m stressed out because there are still bills to pay and I’ve been working throughout [the lockdown],” said Wagenaar.

“I have a child who’s in high school… I owe the school about R4,000 from last year; I need to pay it before schools reopen now and I don’t know what I’m going to do. Because, you know, people don’t like lending people large sums of money,” said Wagenaar.

Wagenaar and Krige said that they had unsuccessfully approached unions for help. Wagenaar called the SA Democratic Teachers’ Union (Sadtu), but she did not receive a response. Krige said that the National Professional Teachers’ Organisation of South Africa (Naptosa) had asked for her recent pay slip before it could assist her.

Krige said that she had repeatedly asked the school for her 2019 pay slip, but had no response.

When it comes to assisting teachers who haven’t been paid, Manuel said, “We always tell the teachers that their first point of call should be the principals because sometimes you find that the principal hasn’t submitted their forms [to the basic education department].”

As to why protected temporary teachers often have payment issues, Manuel said: “One of the major issues is that basic education departments across the country have been slow to get into the electronic mode of doing things.”

This means that often school principals who submit all the necessary documents pertaining to the appointed protected temporary teachers have to resubmit forms because they’ve gone missing, said Manuel.

“To be honest, I think the clerks are overwhelmed and sometimes they throw away some of the forms, because how do you explain having to resubmit forms four or five times?” said Manuel.

The Eastern Cape Department of Basic Education had not replied to queries at the time of writing.

In 2015 a group of temporary teachers in Port Elizabeth, some of whom had gone six months without a salary, protested against the lack of payment. In 2016 temporary teachers in North West also went months without being paid. At the time, the North West education spokesman, Elias Malindi, blamed school principals and educators for late submissions and incomplete documents.

“I think it’s so unfair that I haven’t been paid for the past year, but management gets to go on with their lives and expect me to come to work,” said Krige. DM