'Kamala’s Way': The rise of the US Vice-President

‘Kamala’s Way’: The rise of the US Vice-President 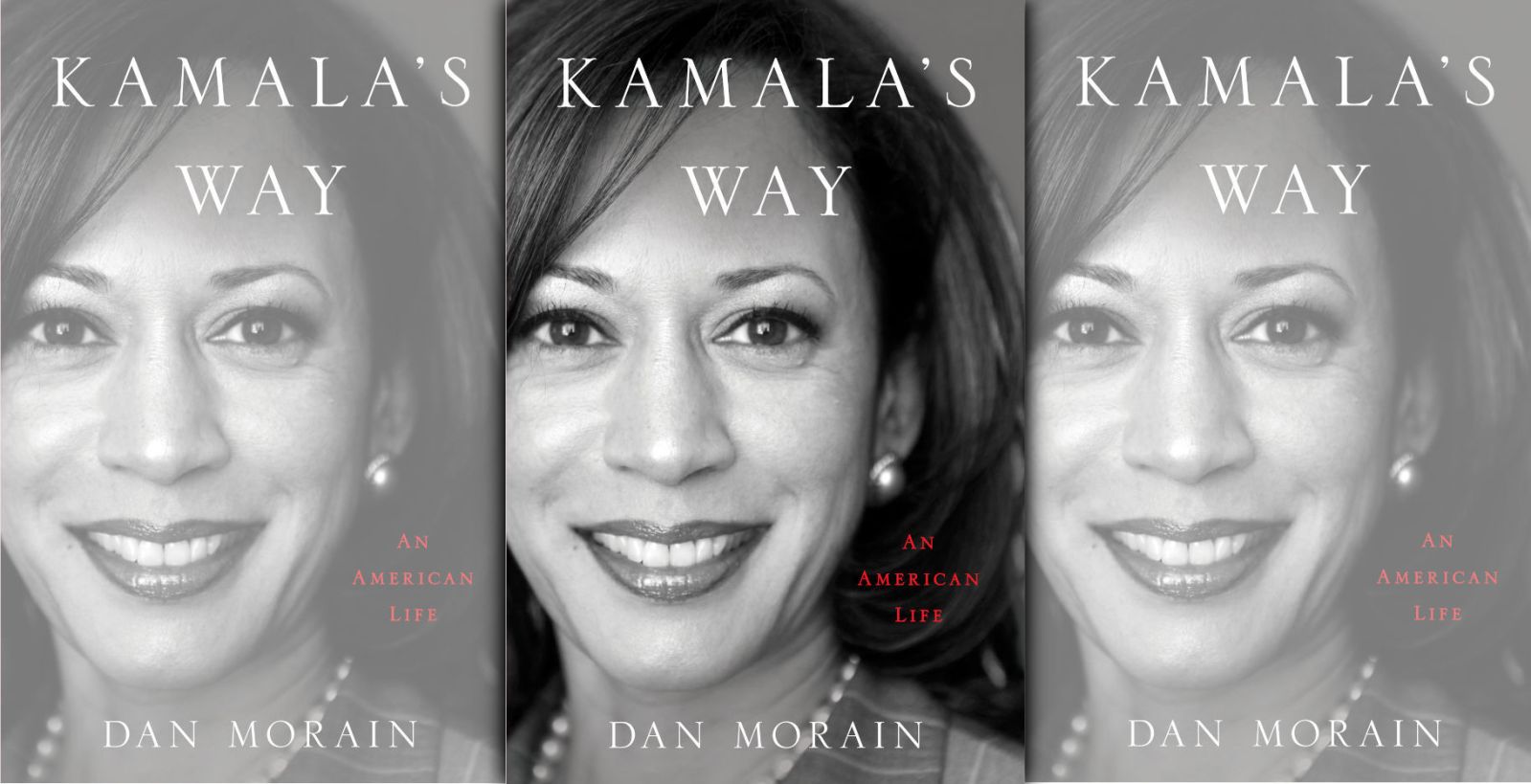 The ascension of Kamala Harris to the office of Vice President of the United States will come as no surprise to those who have watched her stride through the halls of power. Former Los Angeles Times reporter Dan Morain has been there from the start. Read an exclusive excerpt from his new biography of Harris, Kamala’s Way.

There’s very little that’s conventional about Vice President Kamala Harris. She grew up the eldest daughter of a single mother, a no-nonsense cancer researcher who emigrated from India at the age of nineteen. She and her husband, an accomplished economist from Jamaica, split up when Kamala was only five.

In his timely new book, Dan Morain paints a vivid picture of Harris’ values and priorities, the kind of people she brings into her orbit, the sorts of problems she’s good at solving, and the missteps, risks, and bold moves she’s made on her way to the top.

In this exclusive excerpt, Morain recounts Harris’ skill as a cross-examining senator during the Trump years. Follow Harris as she cuts to the heart of the matter in Morain’s chapter, “I’m Asking the Questions”.

On June 7, 2017, Deputy Attorney General Rod Rosenstein appeared before the Senate Intelligence Committee. Senators wanted to know about his role in Trump’s decision a month earlier to fire FBI director James Comey. They also intended to question Rosenstein about his decision to appoint Robert Mueller as a special counsel to oversee the Justice Department probe into possible ties between Russia and Trump’s presidential campaign.

When Harris’s turn came, she peppered Rosenstein with yes-or-no questions and interrupted when he started to dodge. Harris’s focus was on getting Rosenstein to commit to writing a letter granting Mueller complete independence as a bulwark against White House interference or retaliation.

As she spoke, she pointed at Rosenstein, pen in hand. Flustered, he explained that the issue was complicated and that his response would require “a very lengthy conversation” with Harris.

“Can you give me a yes-or-no answer?” Harris replied.

“It is,” Harris shot back. “Either you are willing to do that, or you are not.”

As Harris’s questioning got increasingly testy, committee chairman Richard Burr, a Republican from North Carolina, cut her off. Looking in her direction, Burr said, “Would the senator suspend? The chair is going to exercise its right to allow the witnesses to answer the question …”

Harris, incredulous, was not accustomed to being told to, in essence, stifle herself. She whipped her head around to glare at Burr. Squinting her eyes in disapproval, she listened as his rebuke of her continued before a live TV audience estimated to be in the millions. Burr told Harris he was exercising his right as chairman by giving Rosenstein “the courtesy, which has not been extended all the way across,” of responding how he saw fit. When Harris tried to explain her line of questioning, Burr cut her off again. Democrats stayed silent, some looking at their notes. Kamala Harris was definitely leaving an impression.

The exchange went viral immediately: old White male senators had “shushed” Harris, the only Black woman on the committee. As it exploded on Twitter, the rancorous partisan bickering worsened between Democratic and Republican senators and between Democrats and the Trump administration.

Within hours, Harris and her staff had shrewdly exploited the incident by coming up with a meme:

That went viral as well, and so did related merchandise. “RT this if you’ve ordered your ‘Courage, Not Courtesy’ sticker and want your friends and family to get one too,” Harris tweeted. Some of it, unaffiliated with Harris, added the words HARRIS 2020. Six days after that, Harris herself would engineer her most viral moment of all.

The Intelligence Committee’s witness that day on June 13, 2017, was Jeff Sessions, though some of Harris’s staffers made a point of saying aloud his full name, Jefferson Beauregard Sessions III, in recognition that, like his father and grandfather, he was named for the Confederate president and a Confederate general. As a US senator from Alabama, Sessions was the first major Republican to endorse Trump’s presidential run in February 2016. But as attorney general, he followed Justice Department guidelines and recused himself from the Trump-Russia probe, citing a conflict of interest stemming from his appointed role as the head of the Trump campaign’s national security advisory council. That infuriated Trump, because it put a civil servant, Rosenstein, in charge of the investigation. For those and other reasons, Sessions’s testimony was must-see TV, and some were tuning in to see Harris cross-examine him. They were curious what she could draw out about what he knew about possible Trump connections to Russia during and after the campaign, about why Trump fired Comey, and about Trump’s efforts to derail the probe.

“Smoke the hell out of Jeff Sessions Tuesday,” Jim Spears, a Louisiana voter, a college teacher, and an occasional tweeter, said in a tweet to Harris. “I’m eager for the grill.” Spears was one Democratic voter who thought Harris was the Democrats’ best weapon against Sessions, that she would “just cut through Jeff Sessions’ bullshit and racism to get whatever answers she needed.”

Harris’s rapid questioning looked especially jarring in contrast with Sessions, a seemingly mild-mannered, elfin five-foot-five septuagenarian with a southern drawl. His genteel disposition aside, he had taken the hardest line possible against immigration when he was in the Senate. Sessions spent much of the hearing dodging questions.

“I don’t recall,” he restated.

Harris interrogated Sessions about whether he had met Russian business leaders or intelligence operatives at the 2016 Republican National Convention in Cleveland, Ohio, which, as it turned out, was a focus of Kremlin operations. He said he had not. Then, he said, he wanted to clarify his answer given how many people he’d met in Cleveland. Harris continued to press him, and a visibly rattled Sessions pleaded with her to slow down.

“I’m not able to be rushed this fast,” Sessions stammered. “It makes me nervous.”

As many of her current and former staffers can attest, Harris can have that effect on people. She kept at it, demanding more specificity from Sessions about what law or policy he was invoking in saying he couldn’t discuss key issues or share documents with the committee. Sessions replied, “I’m not able to answer the question.” Harris wasn’t buying it.

“You rely on that policy. Did you not ask your staff to show you the policy that would be the basis for refusing to answer the majority of the questions that have been asked of you?”

As she continued, once again, Harris was shut down.

“Senator Harris, let him answer,” one of the senior Republicans on the committee told her.

Afterward, Republican senators and conservative commentators accused Harris of being disrespectful and failing to follow Senate rules of order. Old-time Washington hands, especially old men, were having difficulty with Harris’s audacity and her tenacity. But no one who knew her back in California had any doubt that this was Kamala Harris’s way.ML