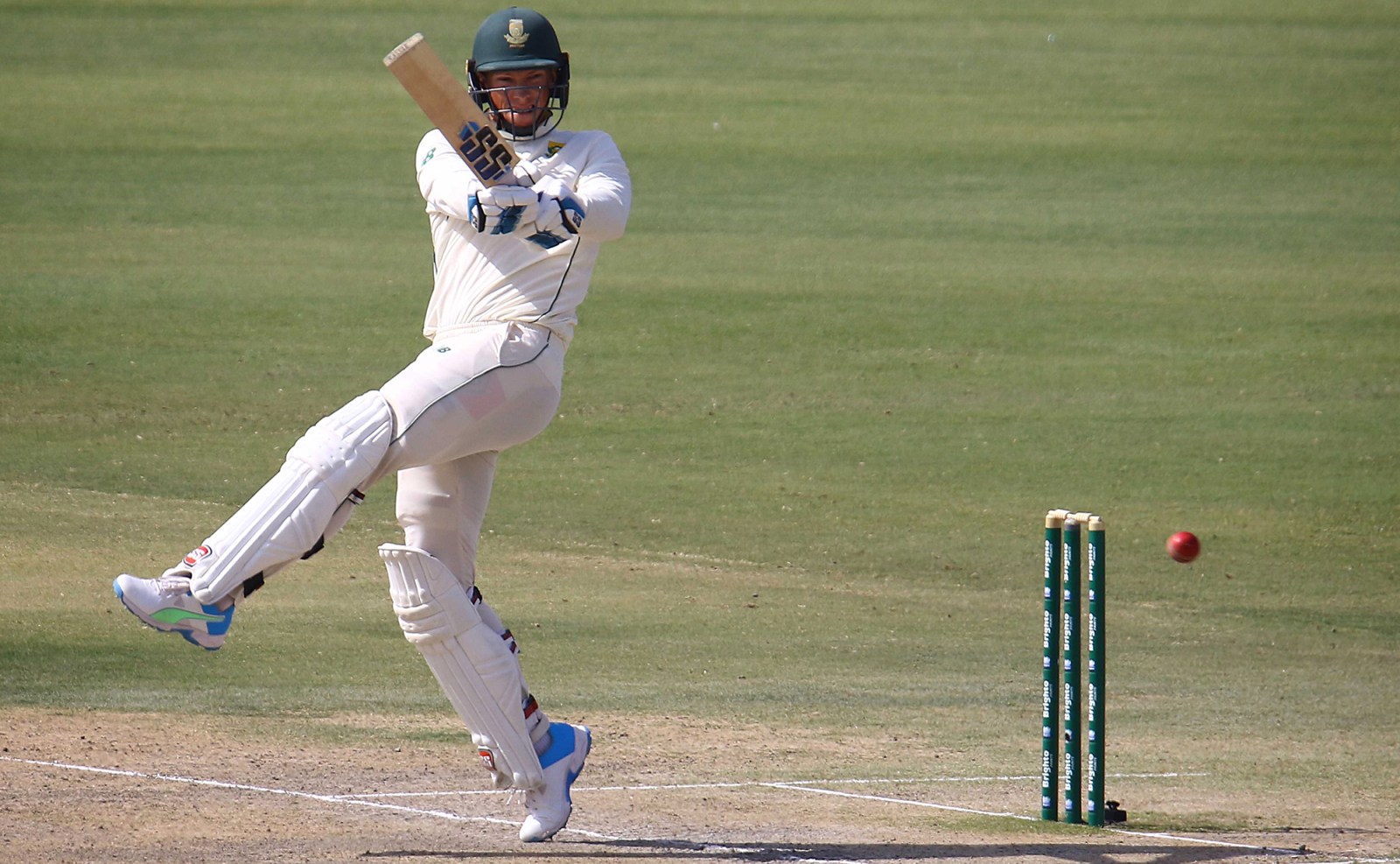 The Proteas are teetering on the brink of collapse after the third day of the first Test against Pakistan, but the match is not over.

A belligerent 127-run second-wicket partnership between opener Aiden Markram and Rassie van der Dussen transferred pressure on to Pakistan on day three of this see-sawing match, but the home team found a release in the final 30 minutes of play.

Pakistan’s spinners Yasir Shah and Nauman Ali struck with three late wickets on day three in Karachi to leave South Africa at 187 for four in their second innings – effectively 29 for four. In a flash, they undid Markram and Van der Dussen’s toil and swung the balance of the match back in their favour.

After batting for 51 overs, Van der Dussen (64) was eventually foiled by the flight of a Yasir delivery and prodded the ball to silly mid-off where Ahbid Ali took the catch.

Faf du Plessis came and went for 10, trapped leg before by Yasir before Pakistan nabbed the big wicket of Markram (74) when Nauman Ali had him caught at silly mid-off. It turned the day in the home team’s favour, but the contest is still alive.

The pitch is still playing decently enough, but the variable bounce and increasing turn mean the home team will not want to chase a total in excess of 150 to win this match.

South Africa, with skipper Quinton de Kock and Keshav Maharaj at the wicket when stumps was called, will have to find a way to add at least another 130 to their total on day four.

If they can give the bowlers, spearheaded by the brilliant Kagiso Rabada, something to defend, this could become a classic Test. Rabada was superb in the first innings, although his return of three for 70 in 27 overs doesn’t do his effort justice.

Rabada though, did become the eighth South African to reach 200 Test wickets when he uprooted Hasan Ali’s middle stump early on day three.

The 25-year-old became the third quickest to the mark in terms of deliveries, behind Pakistan’s Waqar Younis and Steyn, while his strike-rate of 40.8 is the best in the world among bowlers to have claimed 200 wickets.

De Kock owes his team some runs after a poor recent series with the bat against Sri Lanka, while the last recognised batsman, Temba Bavuma, also needs to find a way to post a decent score when his chance arrives. If those two can reach half centuries it will give the Proteas a fighting chance to win this compelling encounter.

Earlier in the day Pakistan were dismissed for 378 in their first innings reply to the Proteas’ 220, leaving the tourists 158 runs behind after the first innings. From that position it was always going to be a slog for South Africa, but they are making a fight of it.

Openers Dean Elgar and Markram put on 48 for the first wicket before Elgar was caught by wicketkeeper Mohammad Rizwan off Yasir for 29. Elgar, who two overs previously was struck on the fingers by fast left-arm Shaheen Shah Afridi, was in obvious pain as a consequence.

The left-hander played on with courage, but his poorly executed sweep shot was a stroke of a batsman whose concentration had been upset. At that point South Africa were still 110 runs behind and needed to keep the alert bowling attack at bay.

Markram, a naturally aggressive strokeplayer, produced perhaps the most disciplined innings of his career. He played straight to the seamers and was cautious against Yasir in particular. Van der Dussen’s unflappable demeanour provided the perfect mirror for Markram to peer into when his natural instincts threatened to undo his good work.

The pair blunted Pakistan’s attack as they slowly and patiently chipped away at the deficit, providing evidence that regardless of the ultimate outcome of this match, the Proteas are learning and improving.

Markram’s five-hour innings was scored off 224 balls and included 10 boundaries. Van der Dussen’s 64, scored in two hours and 20 minutes off 151 balls, was rapid in comparison.

For Markram, this might be a turning point in his career after four previous failed outings in the subcontinent. His last Test innings in Asia, against India in Pune in 2019, left him so frustrated that he punched a wall after being dismissed and broke his hand.

After missing the bulk of last summer’s Test cricket against England, he found domestic form in late 2020 and has been in good nick since being recalled against Sri Lanka. But that was in South Africa. He’s shown in Karachi that he has the temperament and technique on the subcontinent as well.

This innings was one of maturity, especially after his first innings contribution of 13 ended with another flaky shot. On Thursday, Markram knuckled down, rode his luck a little and used his feet well to the spinners.

“His [Markram’s] innings was extremely important,” Rabada told the media afterwards “He is a magnificent player. I have known him since age-group level and we have conversations about cricket together. He wants to contribute. You can see he really wants to be here. And he applied himself well.

“He has gone through some challenges and our job is to overcome those challenges. We are constantly under the spotlight, constantly being criticised even though we criticise [ourselves] more than anyone else will.

“Those are challenges he has faced and it’s something you have to do over and over and over again, which is not easy. I am happy he got runs today. He would have loved to get a hundred. He will probably be disappointed but he gave us a real chance.” DM