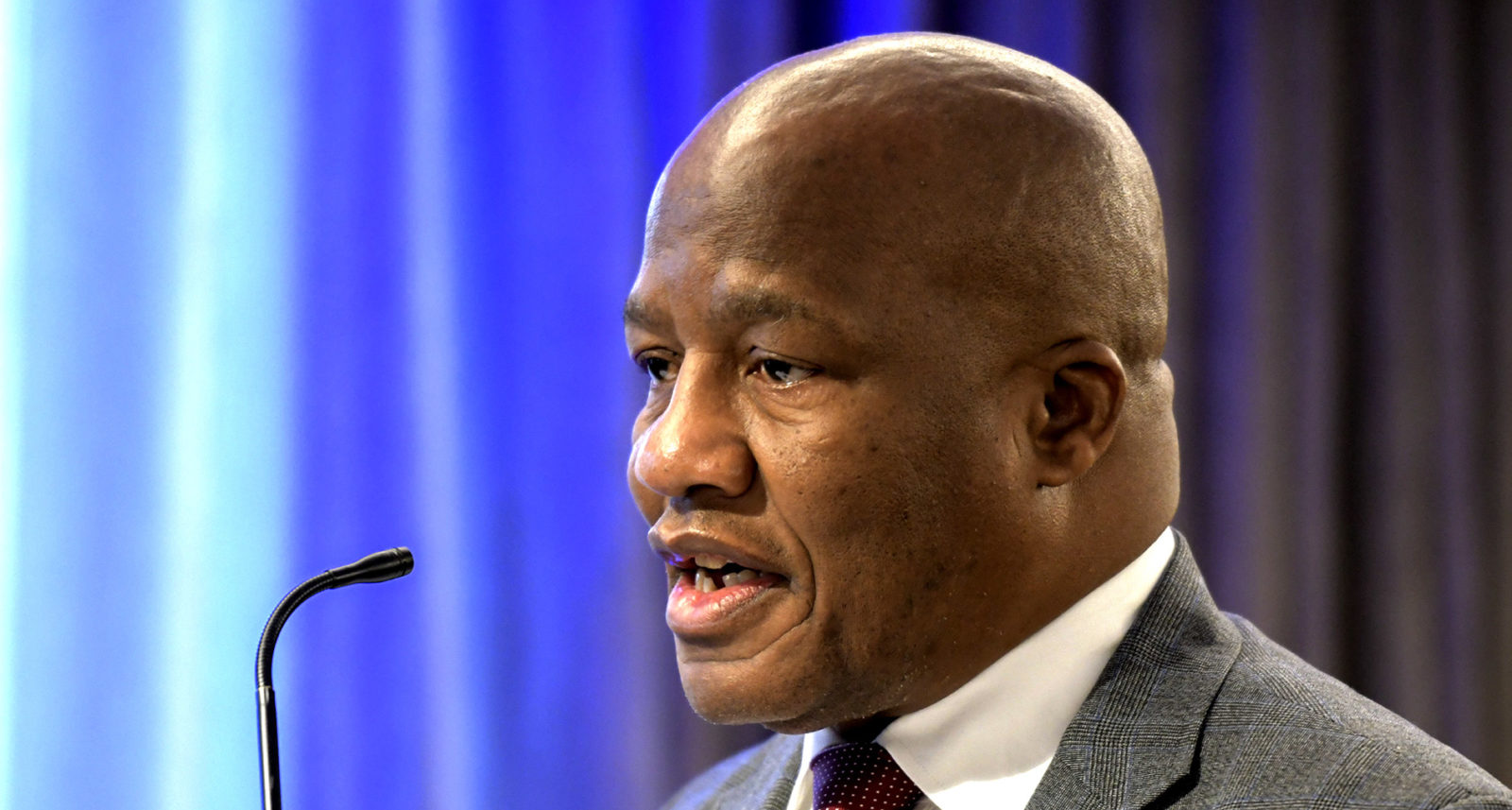 As he sat in hospital in his last days, he took the time to respond to a tactless tweet addressed to him saying that ‘the same people who tell us to wash our hands and wear masks every day are contracting Covid’. There is a profound lesson in Jackson’s brief final tweet in response: ‘They are human too’.

In life, there are moments when time stands still, moments forever etched into the memory, indelible moments that remain eternal to someone. In my life, I have been fortunate that some of these moments were shared with Jackson Mthembu.

I first met Jackson in 1982 in the Ackerville township where we both grew up and as young impatient comrades became active in the civics organisation of Witbank. It is through this unwavering commitment from a young age that he emerged as one of our leaders. His clever articulations, militant and determined strategies, inclusive leadership style and charming sense of humour meant that from the small mining town of Witbank we were able to fight against the brutal apartheid regime.

He served as the critical node that connected the national leadership of the ANC and UDF to the resistance movement in Witbank. At a time when political communication was difficult, we had a man of the highest calibre carrying out the responsibility that made our work easier. As the years passed, and our resistance and friendship grew stronger, we constantly drew on each other’s counsel and pushed each other to keep going.

I learnt that Jackson was part of the 1976 student uprisings in Elukhanyisweni and was arrested for alleged arms the Boers believed were stored in his parents’ home.

Jackson only started driving in the ’90s, so together we traversed the Highveld area carrying out our work. One day in ’86 springs to mind. Driving back from a late-night meeting, he said, “Hussain, let me try to drive.” Over the next 200 metres, the car stalled about five times and we joked, “Bra Jack, if the Boers won’t kill us, your driving will!”

And so we went driving to mobilise at the mines with comrades from NUM, in establishing branches and structures of the ANC, especially the youth and women’s leagues, in areas like Kriel, Arnot, Hendrina, Matla, Ogies – and even driving daringly into the KwaNdebele homeland area, where he would later teach at a high school.

When we plunged into darkness during the 1985 State of Emergency, Jackson calmly provided a line of march. His home in Ackerville was a ray of light and a window into the future for many activists, who were inspired by his leadership. But he also brought literal light – he led the People’s Delegation and brokered the reconnection of electricity in Witbank after months of the blackout.

During the State of Emergency, when we had reached a breaking point and democracy and freedom seemed like an illusion oh, so far away, Jackson reminded us that we must resist. That we must believe that change is around the corner, and sooner than we think.

Coordinating the Political Prisoner’s Reception Committee, Jackson ensured that returning political prisoners were taken care of. And when Jackson was arrested and detained, his return was the energiser we needed. His infectious smile and charming nature remained firm and unshaken in the face of oppression by the apartheid regime and its daily challenges.

One particular night when we feared for our lives is a vivid memory. After concluding a meeting and on our way to dropping Jackson at his home in Ackerville, we noticed an unfamiliar car stationed outside. We drove past and back again and it became clear who they were. A comrade who was with us was sent to innocently inquire as to what was happening and was, as we predicted, asked if he’d seen Jackson.

In Jackson’s house we had stashed the latest shipment of arms, leaflets and so on, that we had received and we knew if this was found, he would be going away for a long time. Calmly we drove to Ermelo, where Jackson laid low for a short time. That time, they never found the arms or Jackson.

But he was detained many times and his house was petrol bombed several times by the security branch. In the Struggle, he escaped death many times, but not all our comrades were that lucky. When we faced these losses, he reassured us even in his grief that we must continue to fight for democracy. In the face of death, even though high on that hit list, he never cowered, and we all took strength from him in these moments, whether it was the state-sponsored “Black Cats” causing mayhem against comrades in Wesselton, Ermelo and Morgenson or the assassination of our dear comrade and friend Thomas Mahlangu, who was shot by the secret service at his home in Ackerville, or the killing of Comrade Eric Liberty from the nearby Schoongezicht township.

Jackson was there in consoling the families and encouraging the rest of us to continue the fight on that long and hard road; he made us see that distant glimmer of freedom, leading from the front in taking control of these stressful and painful situations in the life of a freedom fighter.

Some moments were more tense, but again he was a voice of reason; he brokered a truce between the township residents and AmaXhosa hostel dwellers who were viciously killed by being doused with petrol and burnt alive. He handled a very volatile situation with aplomb by uniting the two factions at the Ackerville stadium.

His dynamism in mobilising initially for the UDF and later for the ANC throughout what was then the Eastern Transvaal has left a legacy of its own. He played a pivotal role in organising the Sekunjalo Festival in 1993, when Madiba honoured us with his presence.

We were fundraising for the ANC at the festival as a branch and we ran a raffle with the first prize being a Nissan 1400 bakkie. He was the driving force behind this initiative; with the sole purpose of ensuring that the ANC gained a decisive victory and became embedded in the hearts and minds of our people.

We were also fortunate to rely on Jackson’s wisdom and advice when establishing a branch office in the CBD of Witbank. Through his efforts, many leaders visited Witbank, including Chris Hani and Harry Gwala. Their impact and his own life’s work live on in the stories I tell my sons Zubair and Shafee about the ANC I came to love and the great minds and hearts behind it – and certainly, Jackson Mthembu is right up there with the great South Africans we read about.

Jackson remained one of the few politicians who admitted just how flawed this great movement had become post-democracy. He worked hard to undo the damage, and one can only hope his hard work will not be in vain.

As he sat in hospital in his last days, he took the time to respond to a tactless tweet saying that “the same people who tell us to wash our hands and wear masks every day are contracting Covid”. There is a profound lesson in Jackson’s brief final tweet in response: “They are human too.”

Jackson’s was a courageous, but openly vulnerable and sincere life. His profound insight, spirit of defiance and irrepressible humour common to the truly brilliant activists and political communicators, those who understand that to go far we must go together, who embody the African proverb of “building your table longer and not your walls higher”, will serve as treasure troves of wisdom for young and old alike. No matter your political orientation, Jackson commanded respect.

Go well, my brother, thank you for the mentorship, guidance, friendship, personal sacrifices and incredible service to our people over a lifetime.

Hussain Verachia was the ANC Witbank Chairperson in 1991-93 and served on the Inaugural PEC of the then ANC Eastern Transvaal post unbanning.