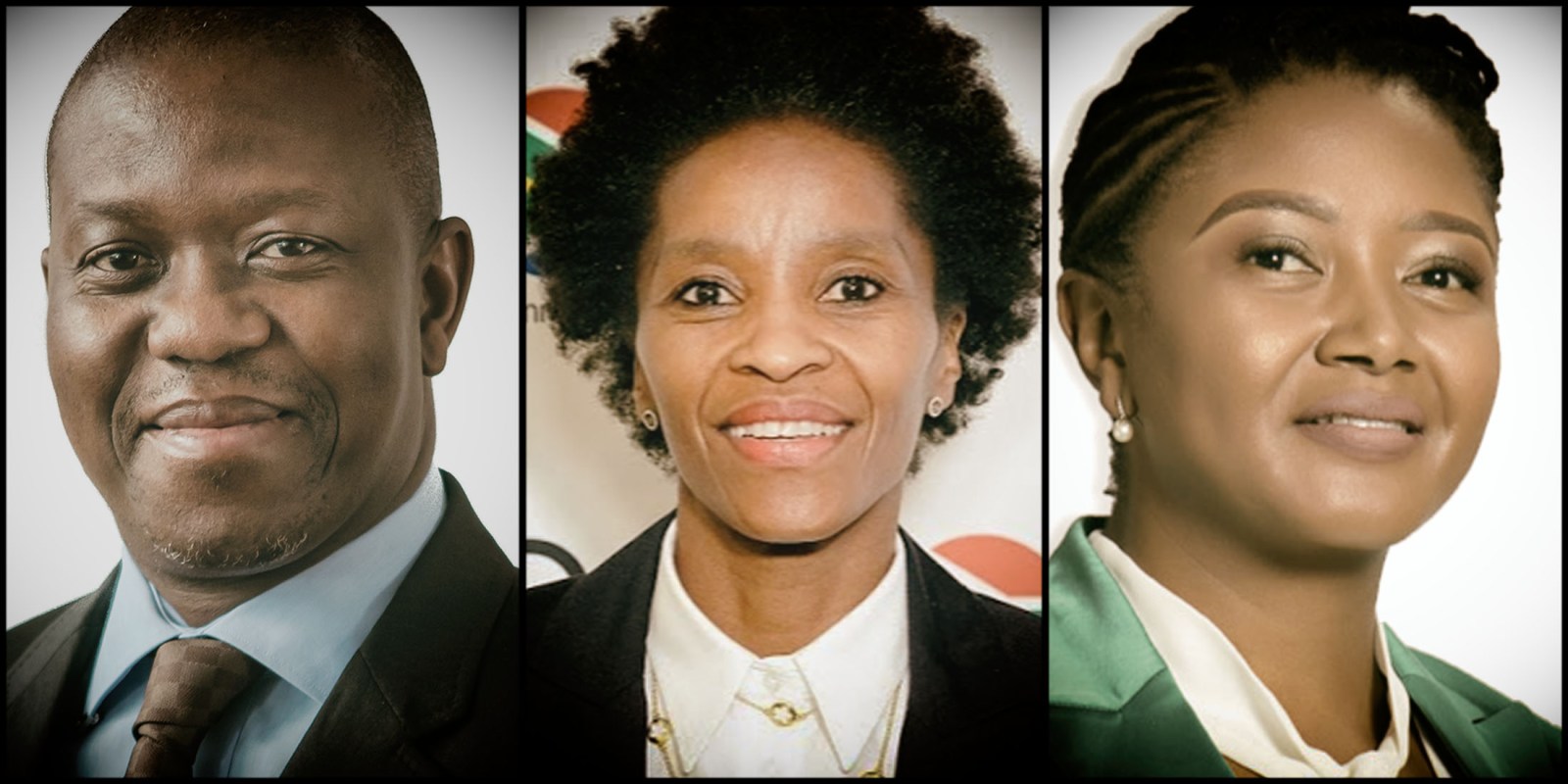 The Eskom Pension and Provident Fund will see the appointment of the fourth CEO and Principal Officer at the EPPF in just over 4 years. From left: Sibusiso Luthuli. (Photo: Supplied) | Nopasika Lila. (Photo: Twitter / @CFOSouthAfrica| Linda Mateza (Photo: Twitter / @SAVCAssociation)

The Eskom Pension and Provident Fund board of trustees has announced that Linda Mateza, CEO and principal officer, is stepping down after just 15 months at the helm of South Africa’s largest private retirement fund.

This year will see the appointment of the fourth CEO and principal officer at the Eskom Pension and Provident Fund (EPPF) in just over four years.

When former CEO S’bu Luthuli left the establishment in 2018, the then CFO, Nopasika Lila, took over the reins, but she lasted only nine months, and citing personal reasons, left to live out her notice period at home. This left the fund without a permanent leader until Linda Mateza took over on 1 September 2019.

A press release on Thursday from the fund’s newly appointed public relations firm, Avatar PR, said: “Mateza has chosen to step down from her role in order to significantly reduce her work commitments to spend more time with her young family.”

According to Mateza’s LinkedIn profile, she also serves as the vice-chair of Batseta – the Council of Retirement Funds of SA. She has held this position since November 2019. She has also been the chairperson of the University of Johannesburg Council’s Investment Committee since July of that same year.

Mateza will, however, serve her notice period until 31 March “to ensure an effective handover of management of the fund”, according to the announcement.

The chairperson of the board, Caroline Henry, states in the release that Mateza enjoyed the full and ongoing support of the board.

“We are naturally disappointed that she is stepping down, but we support her decision, which was made in the best interests of Linda and her family.”

Henry herself is new to the position, having taken over the role in July last year.

Mateza’s role at the EPPF is not her first rodeo. Before enjoying a stint at Momentum Investments, and spending almost four years as the head of investments and actuarial services at the Government Employees’ Pension Fund (GEPF) between 2015 and 2019, Mateza was a contract employee at the organisation, first as an investment multimanager and later as CIO. This was between 2008-2013 and Mateza was responsible for the fund’s investment portfolio of R90-billion as valued at the end of September 2013.

The EPPF currently has assets under management totalling R144.5-billion, according to the fund’s latest annual financial statements (AFS), which were eventually made available to Business Maverick and the public this week.

Thato Motlhabi, the EPPF media liaison, said “The latest AFS document is [now] loaded on the fund’s website. There was a technical issue with an expired link which has now been resolved.”

In the same breath, responding to a Business Maverick report on the delayed AFS and integrated report for the 2019/20 financial year, Motlhabi revealed that: “The EPPF has published both an 87-page full integrated report and an abridged version (20 pages), both published in December 2020.

“The abridged version, which you have noted does not have ‘much detail’, was developed with the aim of presenting a document that was easier to read but still contained the major highlights and leadership messages.”

That being said, this set of documents was the first and final full financial period Mateza will be involved in. The documents state that Mateza earned just over R1-million in 2020 and just over R2-million the year before as the principal officer of the fund.

“Her role as principal officer (PO) expenses have been allocated at a rate of 30% of the CEO remuneration, which represents an estimated time-based allocation of the duties and responsibilities of the PO,” the financial statements reveal.

“No incentive pay and/or leave pay was paid to Mateza, and she made R87,000 contributions to the retirement fund in this capacity,” it is documented.

Furthermore, according to Motlhabi, Mateza is a permanent employee and is contributing to the fund as an eligible member.

“Mateza’s membership as a contract employee was terminated when she resigned from the fund in 2013,” she states.

The illegal membership debacle is the reason provided in the financials for legal and consulting fees going up from R17.5-million to R24.8-million for the 12 months to June in 2019 and 2020, respectively.

What was not included were the two punitive cost orders handed down by the Western Cape High Court this month against the fund.

The total costs are still unknown, as the fund says it is still awaiting the final taxation order from the Taxing Master, and these costs will only be revealed in the 2021 financial reports.

The court ruling brings to an end the litigation in respect of the return of data, which the EPPF stated “was proprietary to the Fund, and resulted in a deadlock in the negotiations”.

“Global ASP finally handed over the data after the Fund had launched a court application,” Motlhabi, told Business Maverick in an email. “Once the data was received, EPPF withdrew its court action.

“EPPF resorted to the court as a final option. Negotiations with our service provider had reached an impasse, the parties could not reach agreement. The end of contract negotiations was time bound and the probability of not receiving the data – the very real possibility that the changeover to a new service provider would not proceed as well as the real threat to the payment of pensions,” she said.

“The Fund does not view its actions in this regard, all things considered, to have been a waste of members’ money.”

Gavin Williams of Global ASP responded by saying that the EPPF’s claims are simply not true.

“There was no reason for EPPF to have gone to court. Its actions were unreasonable, unnecessary, ill-conceived and a complete waste of members’ money,” he said.

EPPF always had unfettered and unrestricted access to all its data, and was repeatedly told so before it launched the application.

“The data was also downloaded by EPPF in January 2020, before the fund came to court. Unfortunately, for whatever reason, EPPF did not listen to Global ASP and went ahead and instituted costly legal proceedings to seek access to data it already had. Fortunately, Global ASP was vindicated,” he added.

The judge found that EPPF’s “conduct had an effect of being vexatious” and ordered EPPF to “pay punitive costs to Global ASP on the highest possible scale”. DM/BM