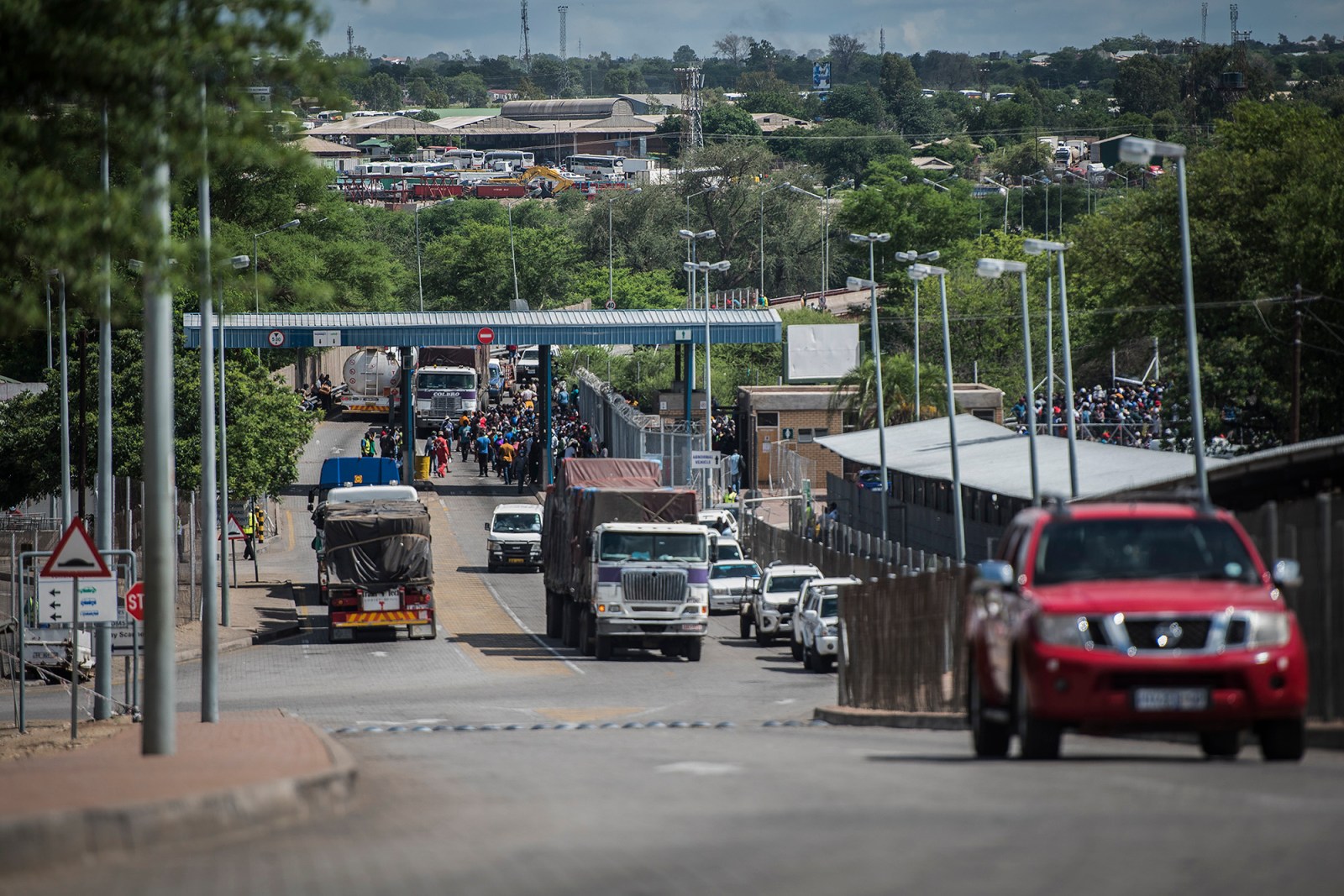 High-level talks and use of SADC guidelines on the pandemic should have been used to prevent a crisis.

The festive season was marked by dramatic scenes of tens of thousands of people amassing at border posts between South Africa and its neighbours, where procedures had slowed down due to Covid-19 restrictions.

Border posts such as Beitbridge between South Africa and Zimbabwe and the Lebombo border with Mozambique were particularly chaotic, with travellers and trucks delayed for days. Many people used dangerous illegal routes to cross into South Africa after spending Christmas at home.

The panic and congestion – potentially aggravating the pandemic – was largely due to a lack of coordination between governments and failure to implement strategies agreed on by Southern African Development Community (SADC) member states. Dialogue at a high level could have averted much of the crisis.

The Beitbridge situation can largely be blamed on Zimbabwe’s government, which unilaterally announced on 3 January that all its borders would be closed due to the Covid-19 surge. Anxious citizens, many hoping to return to work in South Africa, rushed to the border. Shocking videos of people climbing the steep pillars of the bridge between the two countries circulated on social media.

Following these incidents, South African President Cyril Ramaphosa announced the closure of 20 more land borders, including Beitbridge, Lebombo and the main crossings into Lesotho, eSwatini and Botswana. This was to avoid further ‘super spreader events’ at the border posts.

At the beginning of the pandemic in 2020, South Africa closed 35 of its 52 border crossings and two of its eight ports. Trucks transporting goods, and people with visas, work or residence permits for South Africa, and schoolchildren commuting daily are exempt from the latest restrictions. So are people seeking emergency medical services and South Africans returning home.

This means SADC citizens who were able to cross into South Africa with a valid passport only, hoping to benefit from visa-free entry for three months, can’t travel. Arguably this constitutes most travellers and informal cross-border traders. The three-month exemption for South Africa’s neighbours was always subject to corruption as the number of days allocated was at the discretion of customs officials. The new restrictions will probably increase these practices.

Ideally, the measures by Zimbabwe and South Africa should have been discussed within the framework of SADC – an organisation dedicated to promoting regional integration. Since the pandemic began, the SADC secretariat in Gaborone has tried to ensure the free movement of goods and services by adopting guidelines to facilitate their movement across borders. It also set up a regional trade and transport facilitation cell to ensure dialogue and coordination about Covid-19 restrictions.

Lovemore Bingandadi, who heads the unit, told ISS Today that the guidelines are slowly making a difference as Covid-19 regulations by individual countries are visibly conforming to one another. However, states still don’t use the SADC mechanism. The secretariat wasn’t officially notified of the new restrictions and border closures by Zimbabwe and South Africa, as was agreed when ministers adopted the guidelines last year.

One of the problems is the multiplicity of government departments dealing with border issues in each country. Coordination within countries isn’t streamlined and this is compounded at a multilateral level. Besides, the SADC secretariat doesn’t have any mandate to enforce regulations and relies on the will of member states.

Bingandadi says the new border closures will affect cross-border traders who provide an essential economic lifeline to citizens of many member states. “It is a challenge for governments in the region to balance the well-intended public health measures with the economic and social impact of the measures,” he says.

Covid-19 has exposed the weaknesses of the cross-border infrastructure and the lack of coordination. “If one country wakes up and chooses to close borders, innocent citizens are caught up in the middle because they presume there has been dialogue.” Bingandadi says he hopes the current crisis will impress upon SADC leaders the importance of working together. “Surely the visuals of people sleeping at the Limpopo border will be a wake-up call for better communications,” he says.

While the secretariat can address technical issues among member states, the political obstacles and mistrust between governments are also part of the problem. Zimbabweans accused South Africa of being “reckless and cynical” in allowing thousands of potentially Covid-19-positive Zimbabweans back over December. Zimbabwe was in turn accused of failing to implement Covid-19 tests and quarantine measures for returning citizens, said Zimbabwean commentator Ibbo Mandaza.

Siphosami Malunga, Open Society Initiative for Southern Africa Executive Director, told ISS Today that the exceptional context of Covid-19 had to be taken into account when considering the impact of South Africa’s recent border closures. The virus spreads through the movement of people; drastic measures such as border closures are part of containing the pandemic. However, the political aspects of the issue cannot be denied.

Zimbabwe’s unilateral closing of borders suggests the government is ready to ignore diplomatic protocol and courtesy required by the regional integration agenda. The resulting undue hardship for Zimbabweans shows a ruling elite that doesn’t care about the welfare of citizens or feel accountable to them, he says.

Efforts by South Africa’s government to weigh in on the economic and political crisis in Zimbabwe in the past few months have been undermined by the border crisis. It has strained the relationship between the two governments’ liberation allies, the Zimbabwe African National Union-Patriotic Front (Zanu-PF) and the African National Congress (ANC).

‘The unilateral border closure by Zanu-PF wasn’t a very brotherly move. If [the ANC] ever thought Zanu-PF was exercising good faith, they may now revise their thinking,’ says Malunga.

He agrees that SADC is the forum to discuss border issues. Strengthening SADC should be one of the priorities for the region’s leaders to avoid a repetition of what happened over the festive season. DM