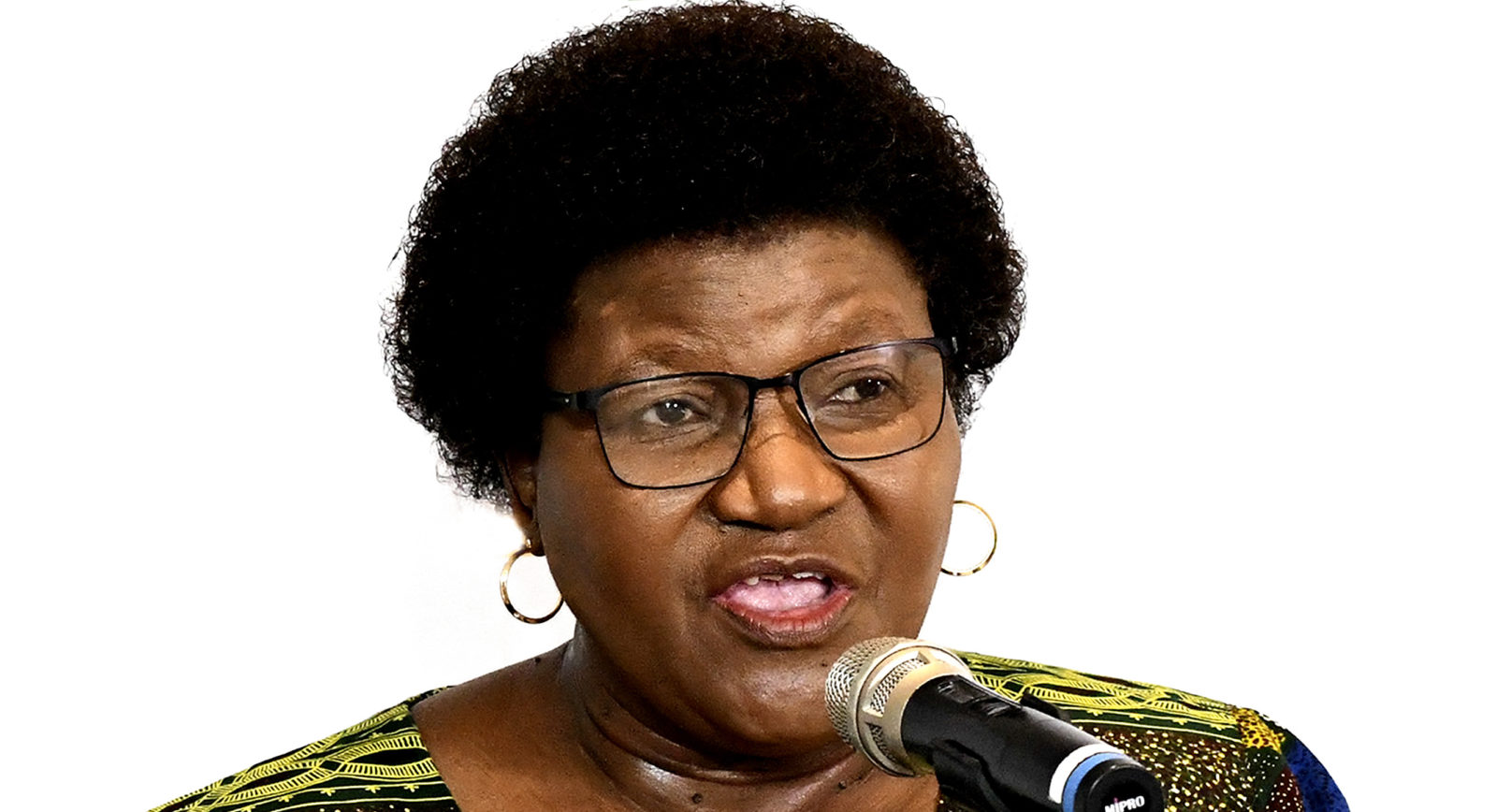 The Eastern Cape MEC for Health, Sindiswa Gomba, is on sick leave fighting Covid-19, the Office of the Premier confirmed after another MEC was appointed to act in her position.

An acting MEC for Health has been appointed for the Eastern Cape as Health MEC Sindiswa Gomba is still recovering from Covid-19.

The MEC for Cooperative Governance and Traditional Affairs, Xolile Nqatha, attended a hearing of the Health Portfolio Committee on Wednesday and the premier’s spokesperson, Mvusi Sicwetsha, confirmed that Nqatha had been appointed as the acting MEC for Health while Gomba was recovering.

Gomba tested positive on 13 December and the department’s director of communications said she was doing well and could continue working from home as she did not have any symptoms.

However, she fell ill over the festive season.

“She is on sick leave. We wanted to give her time to recover,” Sicwetsha said.

A delegation of the Eastern Cape Department of Health was scheduled to provide the Portfolio Committee for Health with an update on the province’s Covid-19 strategy.

Nqatha confirmed during the hearing that he was acting for Gomba, who was not well.

Acting superintendent-general for the Eastern Cape Department of Health Sibongile Zungu said in her presentation that as of Wednesday there were 7,379 active cases of coronavirus infections in the province, with 1,705 patients in private and public hospitals.

Since March 2020 the Eastern Cape has recorded 9,036 deaths, and earlier in January the Minister of Health, Dr Zweli Mkhize, announced that the national department would investigate the reporting of Covid-19 deaths by the provincial health department after it emerged that hundreds of deaths that were reported on one day dated back months earlier.

Zungu said the province had a recovery rate of 91%.

She emphasised that they were not trying to hide the number of deaths, and said their data system “was delayed in kicking in”.

“We are not hiding the numbers,” she said. “We are engaged with the National Institute for Communicable Diseases to look at the number of deaths.”

Despite an order by Mkhize that deaths must be reported daily, the last public update of Covid-19 numbers and mortalities for the province was on 3 January.

Zungu said the peak of the second wave of infections had probably been between 10 and 16 December, but it lasted longer than the first wave. “Different districts were reaching their peak at different times,” she said.

She said the first two identified hotspots in the province, Nelson Mandela Bay and the Sarah Baartman District, were now showing a consistent decline, but figures in the Joe Gqabi District around Aliwal North were on the rise.

The Joe Gqabi District has an incidence rate of 205.5/100,000, with 705 active cases on Wednesday. Nelson Mandela Bay, where the new, more contagious strain of coronavirus, known as 501.V2, was first identified, is on a steep decline.

On Monday, the mayor of Nelson Mandela Bay, Nqaba Bhanga, confirmed the decline in numbers.

“We have noted the decline in numbers but we are cautiously optimistic. The Department of Health reported in the Joint Operations Centre meeting held today that we now have 1,049 active cases. A total of 50,054 people have recovered from Covid-19 in our city to date and we are pleased by this, as the more than 3,000 deaths we have recorded have left many families broken.

“The positive cases are currently fluctuating, so we cannot say we are winning just yet. A lot of people will be going back to work this week, students are also coming back, schools are yet to reopen and already we have noted a number of positive cases in workplaces.”

A total of 72 new Covid-19 cases were reported on Monday across Nelson Mandela Bay, with four deaths recorded in the previous 24 hours. A total of 286 patients were in private and public hospitals, with 71 in intensive care units.

Zungu said the Buffalo City Metro, with East London as the centre, was under strain with an infection incidence of 143.1/100,000, while Chris Hani District Municipality had 190 infections per 100,000 of its population.

She said 855 patients in the province were on oxygen. DM/MC

Get the shovels out: Death of the coal industry must bring new beginnings in Mpumalanga