How to battle vaccine misinformation in South Africa 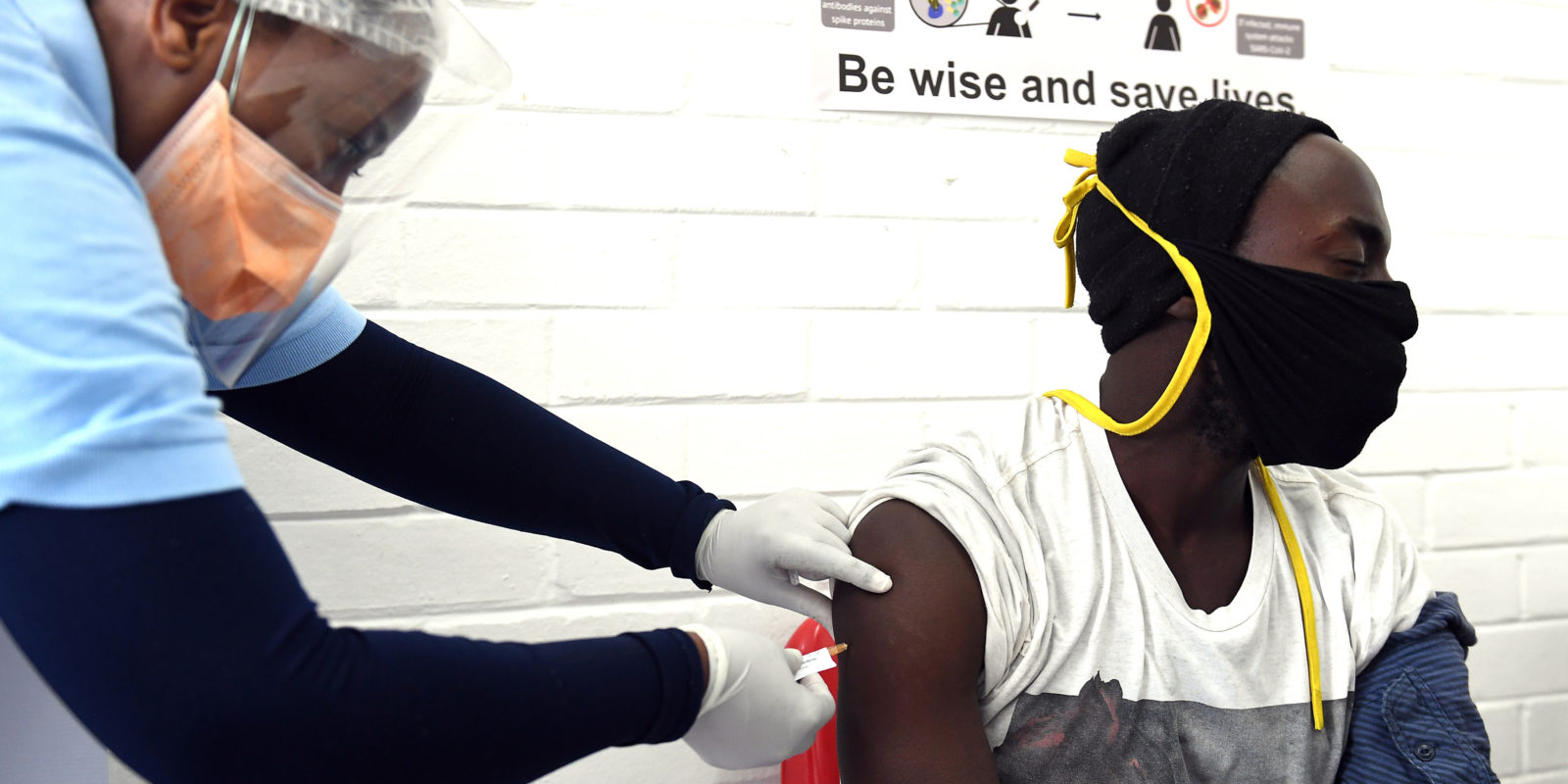 A volunteer receives an injection from a medical worker during the country’s first human clinical trial for a potential vaccine against Covid-19 at the Chris Hani/Baragwanath Hospital in Soweto on 26 June 2020. (Photo: Gallo Images / Beeld / Felix Dlangamandla)

Only 53% of South Africans would want to take a coronavirus vaccine if it was available, an Ipsos/World Economic Forum survey has found. Two causes of this low percentage are worries about potential side-effects, and people being against vaccines in general. How can this be turned around as South Africa inches toward preparing for vaccine distribution?

According to the survey, with multiple answers allowed, reasons for people not wanting to take a vaccine were worries about potential side effects (65%), not being sure it was effective (24%), there not being enough of a risk of contracting Covid-19 (17%), against vaccines in the first place (23%), don’t have time for it (5%), and other reasons (18%). Five hundred South Africans who were more urban, educated and/or more affluent than the general population were sampled for the survey.

But is there a way to remedy the low percentage of people who would agree to take the vaccine?

Long time activist and head of the Health Justice Initiative Fatima Hassan told Daily Maverick the government needed to talk to sectors such as organised and unorganised labour and religious institutions on any kind of vaccine programme. With confusion on issues of which vaccines — which at one point numbered about 200 candidates — Hassan said this “allowed space for disinformation” such as conspiracy theories on the vaccine.

On Monday, eThekwini ward councillor Sifiso Mngadi made headlines when he was quoted in a voice clip making claims that 5G cellphone towers were making people sick, not Covid-19. TimesLive reported he also claimed that white people had been vaccinated five months ago in parts of KwaZulu-Natal. Earlier in December, Chief Justice Mogoeng Mogoeng made headlines when during a prayer at a Tembisa Hospital he called on God to “destroy harmful Covid-19 vaccines”.

With the rise of these sentiments and conspiracy theories, could South Africa experience a rise in anti-vaxxers?

“Anti-vaccine sentiment is often spread within closed messaging channels, such as Telegram, or on unmoderated messaging boards and social media platforms such as 4chan, Parler and Gab,” said Tessa Knight, research assistant for the Digital Forensic Research Lab.

“However, although larger social media sites such as Facebook have implemented Covid-19 vaccine misinformation policies, a lot of false information is still spread on these websites,” she told Daily Maverick.

But how do we stop this kind of misinformation?

“The debates around the responsibility of social media platforms and their policies on removing information are very polarised, and, even with policies in place, users are quick to find loopholes,” said Knight.

Such sentiments can spread like wildfire, Knight told Daily Maverick.

“The old saying goes: a lie can travel halfway around the world while the truth is still putting on its shoes. Oftentimes, mis- and disinformation comes in the form of clickbait headlines or inflammatory statuses that make people want to share the false information, but, as we saw with Bell Pottinger, disinformation has also been industrialised and commercialised”. Knight said these types of mis- and disinformation are “tailored to exploit a person’s beliefs and spread within echo chambers where confirmation bias is rife”.

“If you aren’t sure a source is legitimate, Google the name of the writer or the website itself. If you see inflammatory information on social media, double-check its legitimacy before engaging or sharing the content.”

Hassan said the government needed to roll out massive communication campaigns on television and radio, in children’s theatres and through community leaders about vaccine programs, much like during the early stages of HIV/Aids. In addition, community healthcare workers and community activists needed to be brought on board to help distribute essential information.

“GCIS (Government Communication Information System) needs to take over” the streamlining of communications as it had the expertise to do so, said Hassan. “I can’t stress that [enough],” said Hassan on the need for regular communication on vaccines. DM

Liezl Human for GroundUp
Save 3 mins