On giving birth during a pandemic in South Africa 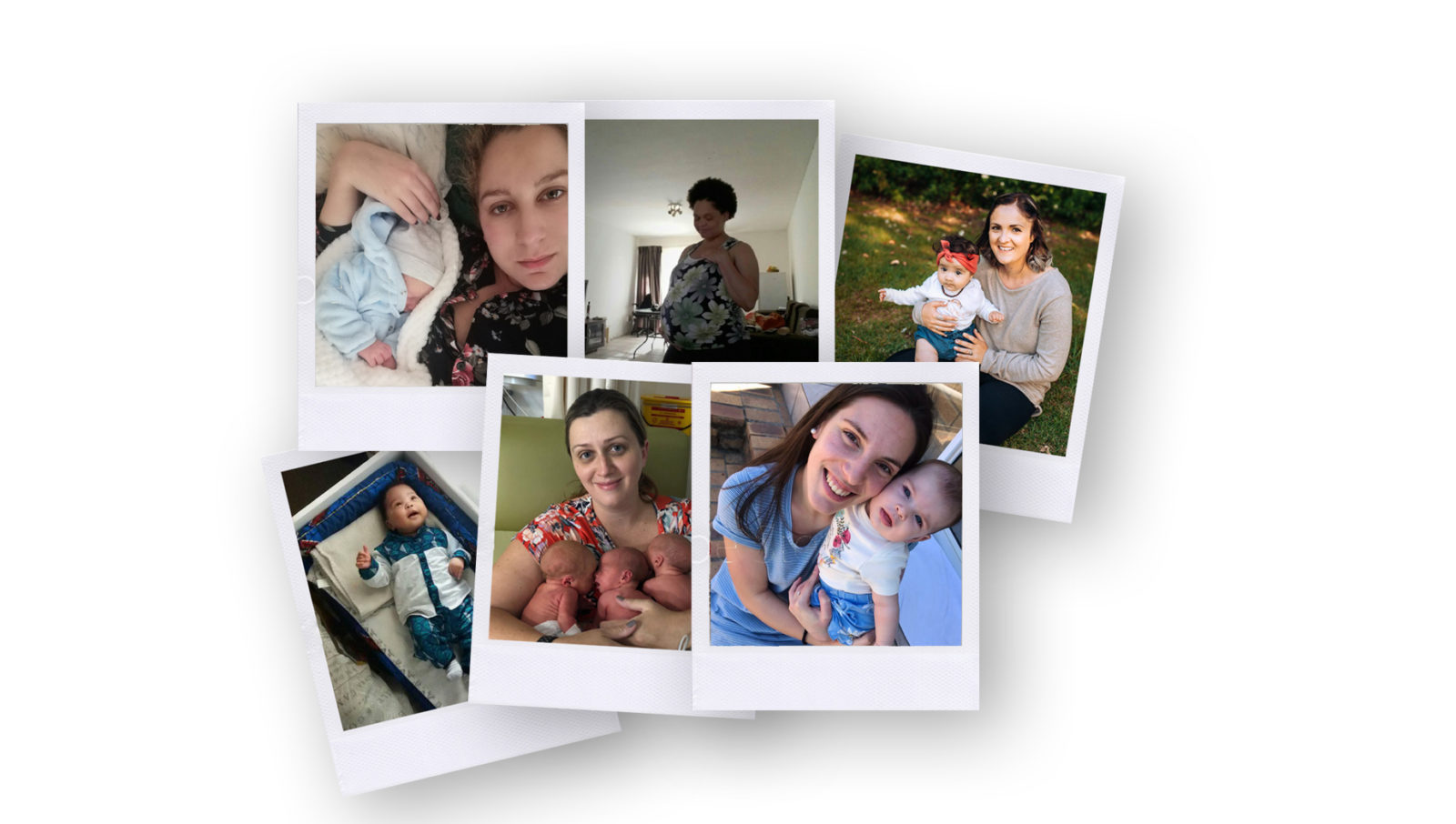 When South Africa went into lockdown expectant mothers had to give birth in the middle of a pandemic. Some of them share their experiences of birth and motherhood in a masked and socially distanced world.

The Covid-19 pandemic changed the way society operates in many ways. For new and expectant mothers, however, it also changed the way they experienced pregnancy, birth and motherhood.

Natashja Hayes was around four months pregnant when lockdown began and all her plans were put on hold.

“I really felt alone and had no idea how I was going to care for a newborn,” Hayes says. “Prenatal classes [were] cancelled and the journey I thought I was going to have with my friends ended up being a journey mostly taken alone.”

Even Hayes’s 20-week scan was cancelled. For her next visit she had to go alone and leave all her belongings outside, including her phone, with which she wanted to take videos of the scan for her husband, she says.

“Before the pandemic all my appointments were relaxed and full of laughter – it was a wonderful time to share with my husband,” Hayes says. “When I did get an appointment again I had to be behind a solid screen [and] just the doctor’s hand came around to do the ultrasound. I was not allowed to speak and when [my doctor] did speak to me she left the room and spoke from the hallway. I was excited to see my baby but that was a very uncomfortable and awkward appointment.”

The financial and health implications of Covid-19 also made pregnancy difficult, says Kimberley Raphael, who gave birth to her son in Kraaifontein, Cape Town, on 18 September.

“Not knowing what tomorrow holds is quite stressful. I was sick all the time; it was emotionally and mentally draining,” she says. “Going to the clinic was nerve-wracking. You had to stand in long queues, you’re worried about getting sick and then the clinic is closed because of an outbreak.”

The pandemic also put some babies themselves even more at risk, says Tanya Pitman, who brought her triplets home on the first day of lockdown.

“Being prem, their lungs weren’t fully developed when they were born. So, you’re obviously terrified, because if they get Covid-19 it will be a really serious situation,” she says. “I’m very anxious every day about someone in the family getting Covid-19. The [triplets] are older now, but they are still high-risk infants.”

Born in a pandemic

Deana Bonthuys gave birth on 26 March, in a hospital in Somerset West, the day South Africa went into lockdown. She recalls the strict protocols that were in place when she gave birth.

“I know the hospital was already in lockdown mode, so they allowed my birth partner to go in with me, but if she wanted to leave she wasn’t allowed to come back again,” she says.

After her baby Luna was born Bonthuys was not allowed any visitors and says her family had to convince the hospital staff to let them in to bring Bonthuys her belongings for her hospital stay.

“I was completely alone. Most of the time no one was allowed to be with me. The nurses were very helpful, but it was quite scary because it was my first baby,” she remembers. “I had an epidural so I couldn’t feel my legs, so I couldn’t do anything for myself. I had to call people whenever I needed anything and there were no familiar faces.”

When Raphael went into labour, she says, she laboured at home for 12 hours so that when she did go into the hospital she would be ready to have her child and would not be sent away. Then, she gave birth alone, without her partner or family allowed to be with her.

“It was scary. I couldn’t walk from the screening tent into the hospital because my contractions were so close together,” she says. “You were monitored but there wasn’t much contact. When my son came I immediately had to move because they needed the bed.”

Despite the pandemic adoptions were also still taking place and adoptive parents had to navigate this process during lockdown. Rachel* remembers how she and her partner found out they would be the parents to twins in May.

“It was overwhelming. Even when we were going to visit them before we brought them home we had to have permission to travel from the [adoption] agency,” she says. “We were stopped in roadblocks almost every day. It’s quite stressful, on top of just bringing babies home – that’s very stressful in itself – to have the added layer of going out and feeling like you’re doing something wrong, just by being on the road.”

A different kind of homecoming

After giving birth mothers had to take their babies back home during lockdown. Some mothers also found that lockdown took away their opportunities to gain wisdom from other mothers, and they had to face new motherhood alone.

“History would have us believe that maternal instinct is what motivates us to want to have children and then know exactly what to do once they arrive. However, anyone parenting a newborn learns on the job, through instruction, good role models and observing what works and doesn’t with each child,” says Sara Lindberg in an article for Healthline.

Yet, isolation was, for Courtney Kotze, also the most difficult part of her experience.

“Being a first-time mom was really hard. Not having your support system there, like not having your mom come to visit you and help you look after your child. I remember googling ‘How do I put my child to sleep?’ because they don’t teach you that in your birthing classes. You kind of expect those small things to come from your mom or your sister, and [I] didn’t have that,” she remembers.

When Bonthuys took her daughter home she remembers having to face taking care of a newborn in isolation.

“It was horrible in the beginning. My midwife and doula were supposed to check in on me with a home visit the first three days after I gave birth, and they weren’t able to do that. That security that I created for myself was immediately taken away,” she remembers.

With her two new babies, Rachel remembers the overwhelming experience of navigating motherhood, adoption and a pandemic.

“I don’t think my husband and I quite knew what to expect,” she says. It was horrible because not only did everyone want to meet the babies, but I also needed some extra support.”

Kotze also feels she missed out on being able to introduce her son, who was born on 25 March, to her family and friends.

“Not being able to share this bundle of joy with your family, it goes without saying that it’s such an exciting time that you just want to share, and you can’t do that,” she says.

Bonding with your baby in lockdown

Despite the struggles that come with having a baby in a pandemic, some mothers say they are grateful for the time they had to bond with their children.

“Only close family got to meet [my baby] at first,” says Angeline dos Santos, who gave birth to her daughter in July. “But I guess it might’ve been a blessing in disguise because [in] those first few weeks you really want [your] baby all to yourself.”

Tanya Scott-Winlow had her son, WJ, who is her second child, on 9 April and says lockdown has allowed her children to connect.

“Because I had both kids at home, they bonded, and they are having such a ball. It worked out well,” Scott-Winlow says.

Bonthuys says she also treasures the time she got to spend alone with her newborn during lockdown.

“I enjoyed the time when it was just me and [Luna], where I didn’t have any other distractions. It did create a firm bond between me and her,” she says. DM/ML