The cats I’ve loved and lost 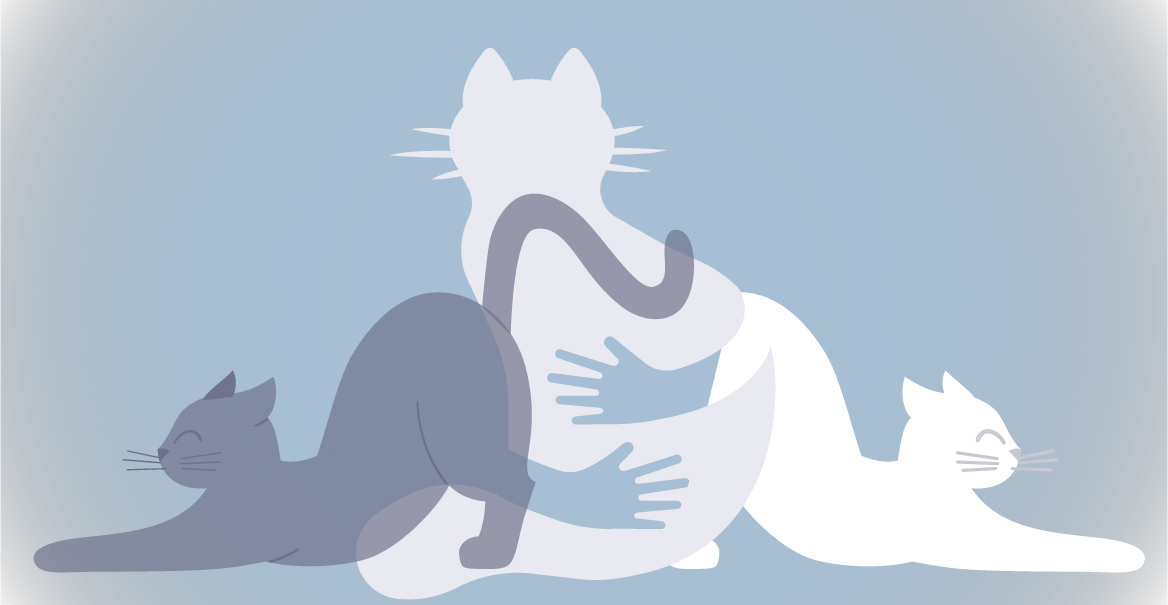 Maverick’s Life associate editor, Malibongwe Tyilo, a self-described ‘cat person’, shares his journey with our feline friends and does a short stint on the Cape Town cat show circuit.

Beyond the cat’s role as a furry companion and rodent repellent, felines have long occupied space in the human imagination: music, movies, stage productions, cartoons, and of course, Instagram. Indulge me as I take a statistically unproven leap here, and say that judging by the popularity of the cat on social media, the fascination and love people have for these animals is not a niche thing – it is very much mainstream.

Yet, a stigma does persist.

Perhaps one of the most prevalent in the popular imagination is that of the cat lady, often associated with elderly spinsters or lesbian couples – often in a derogatory way.

Another is associated with people who participate in cat shows, often viewed as a bizarre curiosity and eccentric hobby. I invite you to watch the short five-minute documentary, Pussy People, or the documentary feature, Catwalk: Tales from the Cat Show Circuit. I adore both and have watched them a couple of times, but even I can’t deny that the camera’s gaze and the editing tend to portray the subjects as a curiosity – a source of amusement.

I’d also be lying if I pretended I haven’t made similar judgments over the years, even as I packed my cats into their carriers and headed off to shows in pursuit of a winning ribbon.

My first introduction to cats as a child was through my late grandmother, who had loads of them. At some point, between the ages of 12 and 13, I convinced her to let me take two kittens home. I had them for all of three months before going to boarding school. My mother absolutely hated cats at the time – thankfully she’s softened on them now. Sort of.

I would find out a few weeks later that as soon as she got back from dropping me off at the school, my mom promptly returned the cats to my grandmother. Later in my early 20s, living in a commune, I would adopt a rescue cat which I kept for a year. The house was sold and I had to move into a less pet-friendly environment. It was a sad moment when I rehomed my furry friend.

A year later, now in a more pet-friendly apartment, my boyfriend and I adopted a kitten and named her Nandi, after Shaka Zulu’s mother, and we had a few great years with her. But we hadn’t done our homework – we thought she’d been spayed. She fell pregnant, as cats do, and suddenly the apartment was too small.

Fortunately, we were surrounded by ‘cat lady’ neighbours. Yes, one was a single, older woman; and yes, the other two were a lesbian couple. They were thrilled to adopt the kittens as well as their mother. They were happier and had more space than we could provide, so we said our goodbyes.

Then, 11 years ago, shortly before my 32nd birthday, when my current partner and I had been together for a couple of years, we made the decision to adopt.

This time, as a grown-up ‘cat person’, I would do my research – we would get cats we were sure would be happy indoors; happy to live in a two-bedroom Sea Point apartment with a large balcony. They would be spayed and they would live with us until their last day, or our last days, whichever came first.

A dear friend, Unathi, immediately started researching indoor cat breeds and sent us a link to Leanne, a breeder of Russian Blues in Little Mowbray. She sent us a form detailing our living environment to make sure it was the right fit for the breed. Next up, we were invited for a pre-adoption interview in September 2010.

We spent two hours chatting to Leanne about all things feline: our home, the breed, and the importance of making sure they were kept indoors and only taken outside for monitored walks. In her experience, the breed was not street-smart and ‘parents’ who let them out almost always put them at risk of getting hit by cars, stolen or catching feline Aids.

She was expecting a new litter in October from one of her show cats that had mated with a show stud and had no doubt the kittens would be of show cat standard. If we wanted one from that litter, we would have to sign a contract to make the cat available for shows for a period of two years. We signed and a Russian Blue was ours.

Among Leanne’s grey-blue cats with shiny coats, we spotted a white one – the beautiful and rare Russian White. We fell in love. Leanne said she was two years old and had been a show cat and a breeding cat. She half-jokingly told us that she was the only white one left, and had been a victim of cat racism as the Russian Blues would regularly gang up and attack her.

We named the Russian White cat Azange, as in “azange bangane azange!”, a phrase popularised by the late 1990s Jam Alley game show host, Vinoliah Mashego. The phrase is the isiZulu equivalent of the English expression: “I’ve never!”

The Blue we named Shado. My partner would sometimes tell friends that we named him after media personality Shado Twala, disguising the far nerdier truth, which was that I’m a big Lord of the Rings fan, and Gandalf’s horse was called Shadowfax.

We went to our first cat show in April 2011. My partner never took to it and decided it would be his last. I pushed on for the contractual two years and by the time we were done, we had a collection of 23 ribbons and lots of beer glasses, which were, weirdly, the favoured prizes at some of the shows. Azange racked up quite a few of those ribbons. We later realised this was because she was the only Russian White on show and was effectively competing against herself, winning every time.

We met other cat people. Solveigh lived in Franschhoek. She had a blue tanzanite ring which matched her Mercedes SLK of the same colour. She had recently moved from Joburg, where her cat show car was a Porsche Cayenne.

Just before the March lockdown, we left our cats with a sitter and headed to the relatively remote Eastern Cape village of Hogsback for a little solitude. We expected to be back in Cape Town in three or four weeks.

It would be three months before we could cross provincial lines and head back to Cape Town to fetch Shado and Azange and move them to the Amathole mountains with us.

After a decade of mostly indoor life, the cats would finally have hectares of garden to explore – and explore they did. Here, mid-pandemic, we could give them the life, freedom and space we always wanted for them.

In late September, while on a week-long work trip to Johannesburg, I got a call from my partner. Azange, at 12 years old, had passed on. She’d been out of sorts before we collected her up from Cape Town and she’d been to the vet twice in the two months since. They said she had an infection caused by a flea allergy and prescribed medication. This breed has a lifespan of 12 to 15 years and we hoped she would make it all the way.

The day she died, she seemed lively in the morning, happily darting around the garden chasing grasshoppers, before lying down in the morning sun among the azaleas, never to wake again.

Once more, another cat I would not get to bury. My partner took care of that sad part while I was away. She was buried at her favourite spot in the garden. We planted rhododendrons on her grave. DM/ML

Do you have an unusual, surprising, extraordinary, out-of-the-box story about love? Would you be ready to share it with us? If so, please send us 100 words or more about what makes your story unique and special and one of our journalists might contact you to hear more! We cannot promise we will get in touch (even if your story is amazing) but would love to hear from you. Send your 100 words for Maverick Life’s ‘Love, Unstoppable’ series here.