Scandal of the Year: Covid-19 corruption 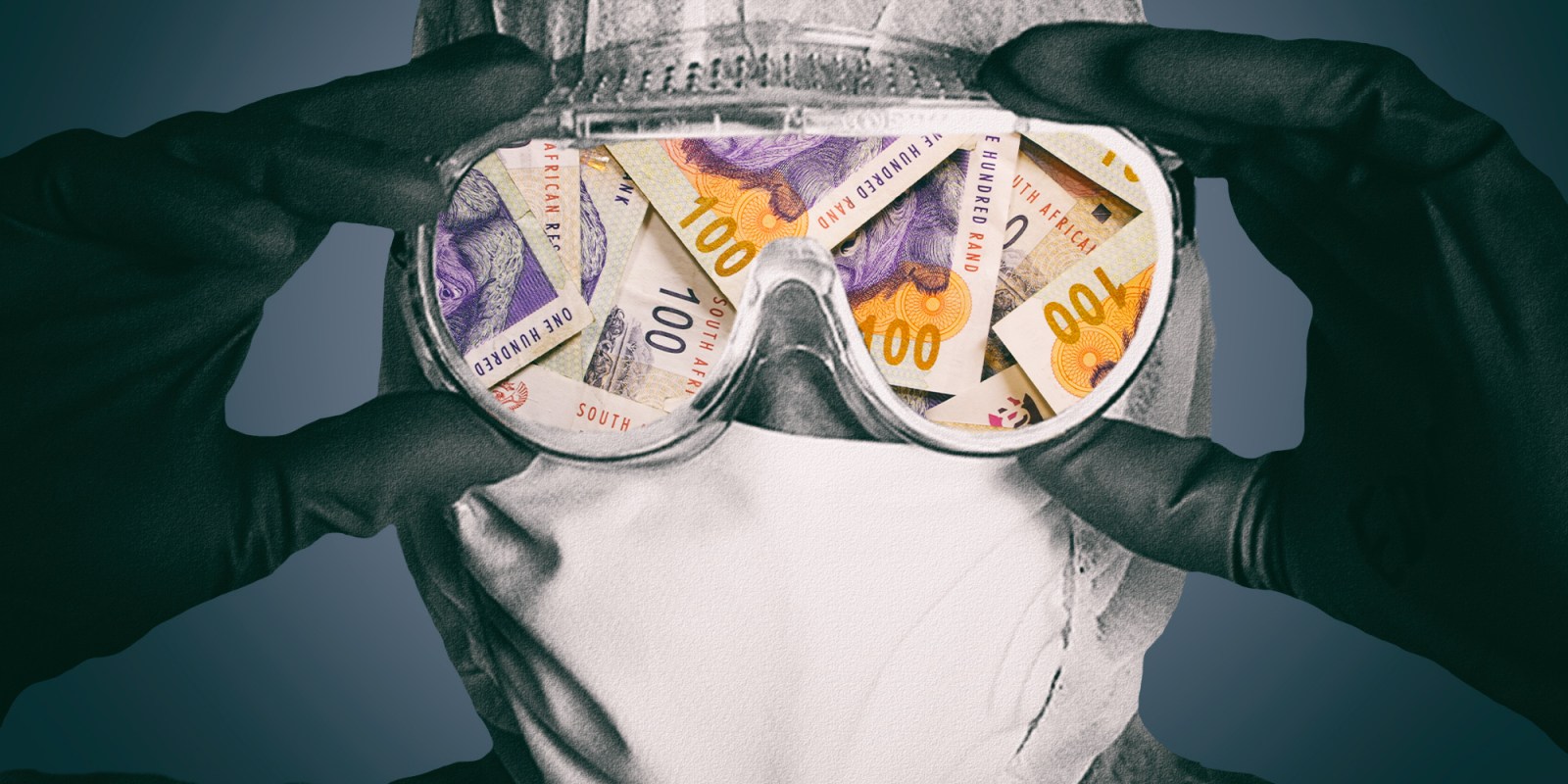 By early 2020, most people would have thought that President Cyril Ramaphosa’s promised new dawn would have turned into a fully fledged sunrise. And then along came the Covid-19 pandemic, which darkened the dawn in a number of ways.

One of the ways the lights went off was on the shocking scale and level of depravity of corruption it unleashed.

The announcement by President Cyril Rampahosa of a Declaration of a National State of Disaster on 15 March had been followed on 15 April by the relaxing of Treasury procurement regulations (known as Practice Note 3 of 2020/21). This was intended to expedite an emergency response, particularly the procurement of what became known as PPE (personal protective equipment) needed to protect frontline health workers and carers from the virus.

The corruption was combined with billions of rands of irregular and wasteful expenditure.

It took place on many levels.

First, it was “petty”, but not pretty. During the hard lockdown, reports started to emerge of food parcels being stolen or being used by ANC councillors as currency for political patronage. Later, we learnt of excessive amounts paid for “fogging” and decontamination; R98-million for schools in Gauteng, in one case nearly R350,000 for decontaminating paper documents.

Private companies were found to be equally complicit in price-gouging of PPE equipment like masks. The Competition Commission says it received 1,734 complaints and tip-offs from the public. Two companies, Babelegi Workwear and Dis-Chem fell foul of the Competition Tribunal and were found guilty of excessive pricing of masks.

However, the scandal only really took off after media reports fingered Gauteng MEC for Health Bandile Masuku, his CFO and Head of Department for aiding friends and comrades (the Diko family, in particular) in obtaining huge contracts for the supply of PPE.

The two contracts awarded to Royal Bhaca Projects amounted to R125-million – before they were given up (to another company with family connections) in the face of the “sudden discovery” of a conflict of interest.

The Special Investigating Unit (SIU) estimates that there was up to R2-billion in irregular expenditure on PPE in Gauteng.

Corrupt self-enrichment is bad enough in itself, but in this instance, the people who really paid the price were frontline healthcare workers who, as Daily Maverick revealed, received PPE purchased from companies that were not even registered with the South African Health Products Regulatory Authority.

In this regard, Ghebreyesus’ use of the word ‘murder’ is not an exaggeration. By late August, nearly 200 healthcare workers had died of Covid-19 – many of them were not properly protected. Since then, that number has increased and a special online memorial honours their lives and records their names.

As a result of public outrage, in July the SIU was granted a presidential proclamation to investigate all aspects of Covid-19 corruption. It says it is now investigating potentially dodgy contracts amounting to more than R13-billion.

On another front, the Fusion Centre, a Covid-19 anti-corruption partnership of state bodies that was established in May, adds another R7-billion in investigations to that total.

But if PPE corruption was not enough, in late September Maverick Citizen began to investigate allegations of corruption in procurement decisions made over health infrastructure, in particular the building of four ICU Covid-19 field hospitals in Gauteng. These hospitals are costing around R2-billion, just for their construction. They are using what is known as Alternative Building Technology, a decision said to have been made because of the speed of construction. But none is yet complete. Not surprisingly, they are still mired in controversy and it is reported that an investigation is ongoing into the Gauteng Department of Infrastructure Development.

This is an issue the long-suffering SIU is now also having to investigate. It is also an issue that the Office of the Auditor-General in the Second Special Report on the financial management of the government’s Covid-19 initiatives has also made an adverse finding on, noting (on p112) that there had been “unfair procurement processes as bids were not invited, bid committee not applies and/or no evidence provided for bid committee system in the approval of deviations”.

This confirms the findings of Maverick Citizen’s investigations. Unfortunately though, the AGSA’s report seems only to have looked at the procurement process and not the implementation and commissioning of the field hospitals in Gauteng.

On this issue, we may only have seen the tip of the iceberg.

Our investigation into health infrastructure has not extended to other provinces – where we have also received allegations of malfeasance – and has a long way to go even in Gauteng.

Some reasons to be cheerful

But the good news is that the people and the state fought back. Once again, media investigations proved catalytic. But in their wake, the coming into existence of the Fusion Centre, the powers given to the SIU, and the government/civil society partnership at the Health Sector Anti-Corruption Forum are all proving that without political interference à la Jacob Zuma, it might be possible to begin to beat the crooks.

The publication of Expenditure Disclosure reports by each province (available here on the Treasury website) is a big step forward. As is the National Treasury “dashboard/Covid-19 Report Summary” on Covid-19 expenditure (here).

There was also some accountability.

Dr Bandile Masuku was dismissed – despite protesting innocence. Presidential spokesperson Khusela Diko remains suspended. In the face of such an epidemic involving more than 2,500 contracts, that’s not enough. But it’s a symbolic start.

So far, the SIU and Fusion Centre have recovered well over R100-million. It’s only a fraction, but it’s also a start.

Finally, there appears to be a clean-up underway of Augean stables of Gauteng Health, the largest health department in the country.

After a decade of rot, a new MEC has been appointed and (yet another) “Support and Intervention task team” appointed.

At the end of 2020, the question is will these investigations be seen through in 2021 and how many of the crooks, be they politicians or private businessmen, will find themselves in orange overalls? DM/MC