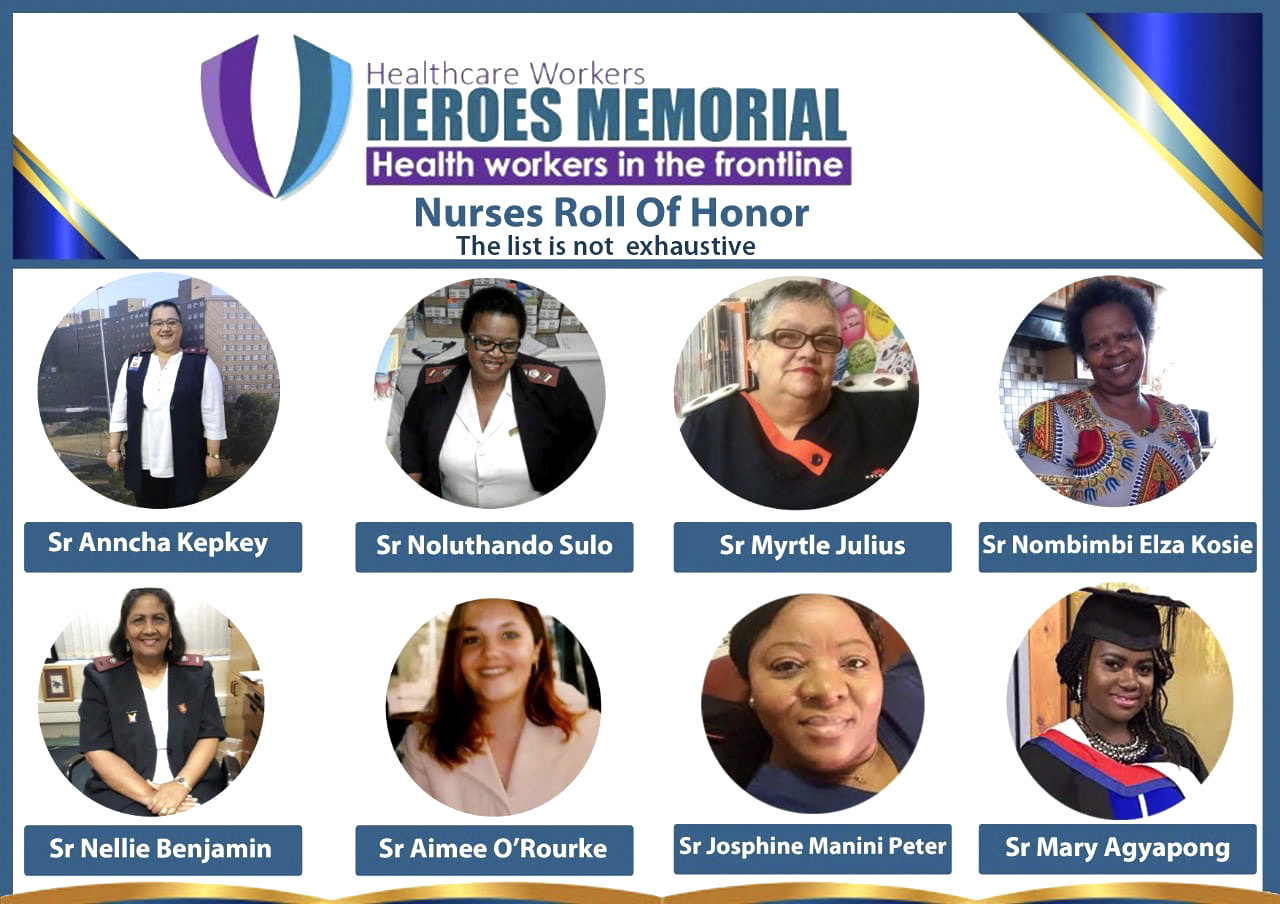 A unique memorial to those in the frontlines of an ongoing crisis has been launched at a dialogue organised by the Board of Healthcare Funders to celebrate women healthcare workers as part of Women’s Month.

The Healthcare Workers Heroes Memorial aims to recognise and remember all those “who have fallen in the line of duty”. Yet, unlike soldiers, for whom monuments and memorials were traditionally constructed, the duty of those who fell in the Covid-19 “war” was not to take lives but to save lives. They lost their lives saving others. They could have stayed at home and refused to work. They didn’t. They followed their calling and worked in the line of fire.

Not surprisingly, it was a unique and moving event. 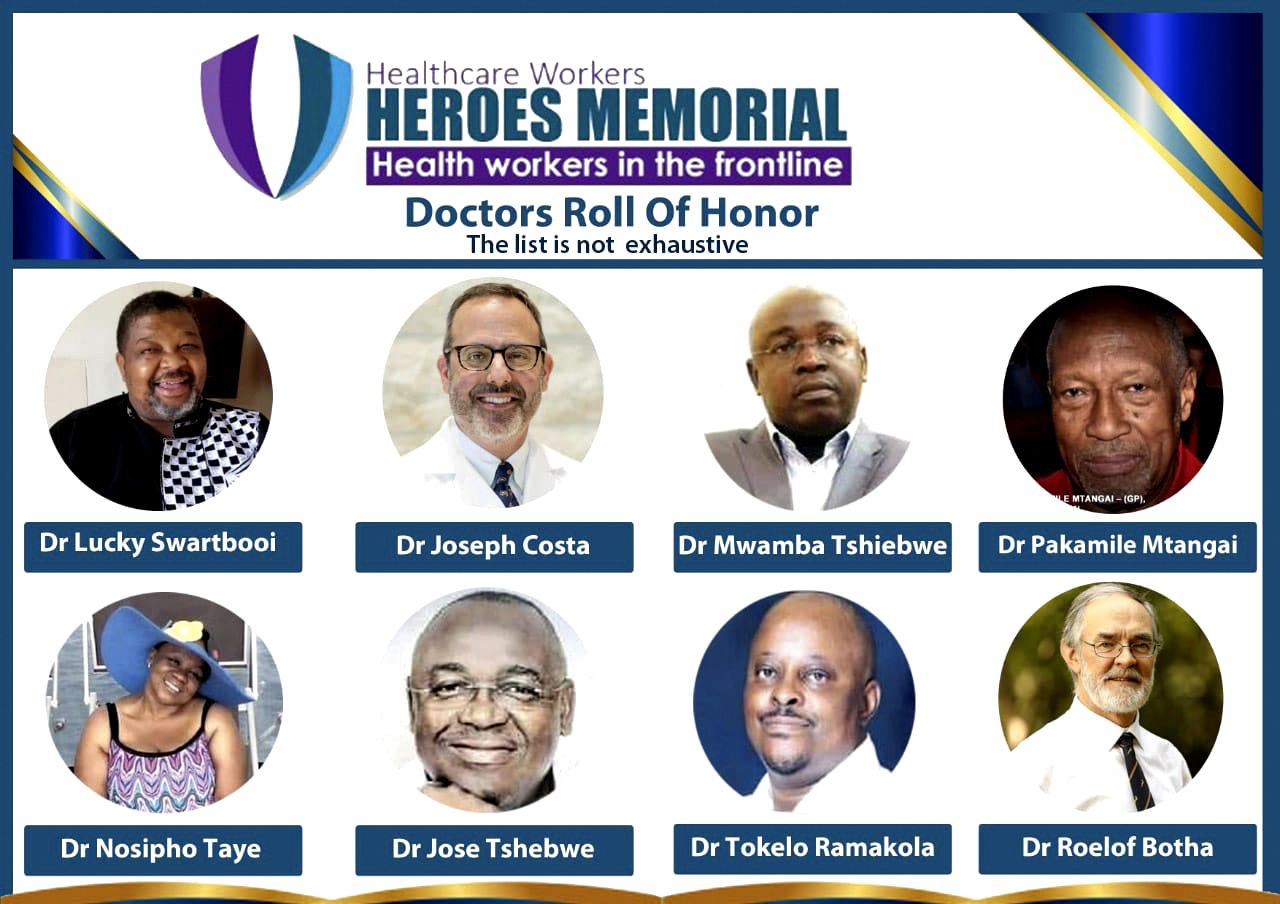 Before an audience of 150 mainly women health workers, an evanescent and simple digitally constructed list unfurled, containing the names of many of those who have died. As the memorial list (watch it here) rolled on and on, it made you grasp the scale of the catastrophe that is Covid-19.

We have been through epidemics before – of HIV and of tuberculosis, of Ebola and other infectious diseases – but this one has taken an unprecedented toll on the people who work inside the health system. 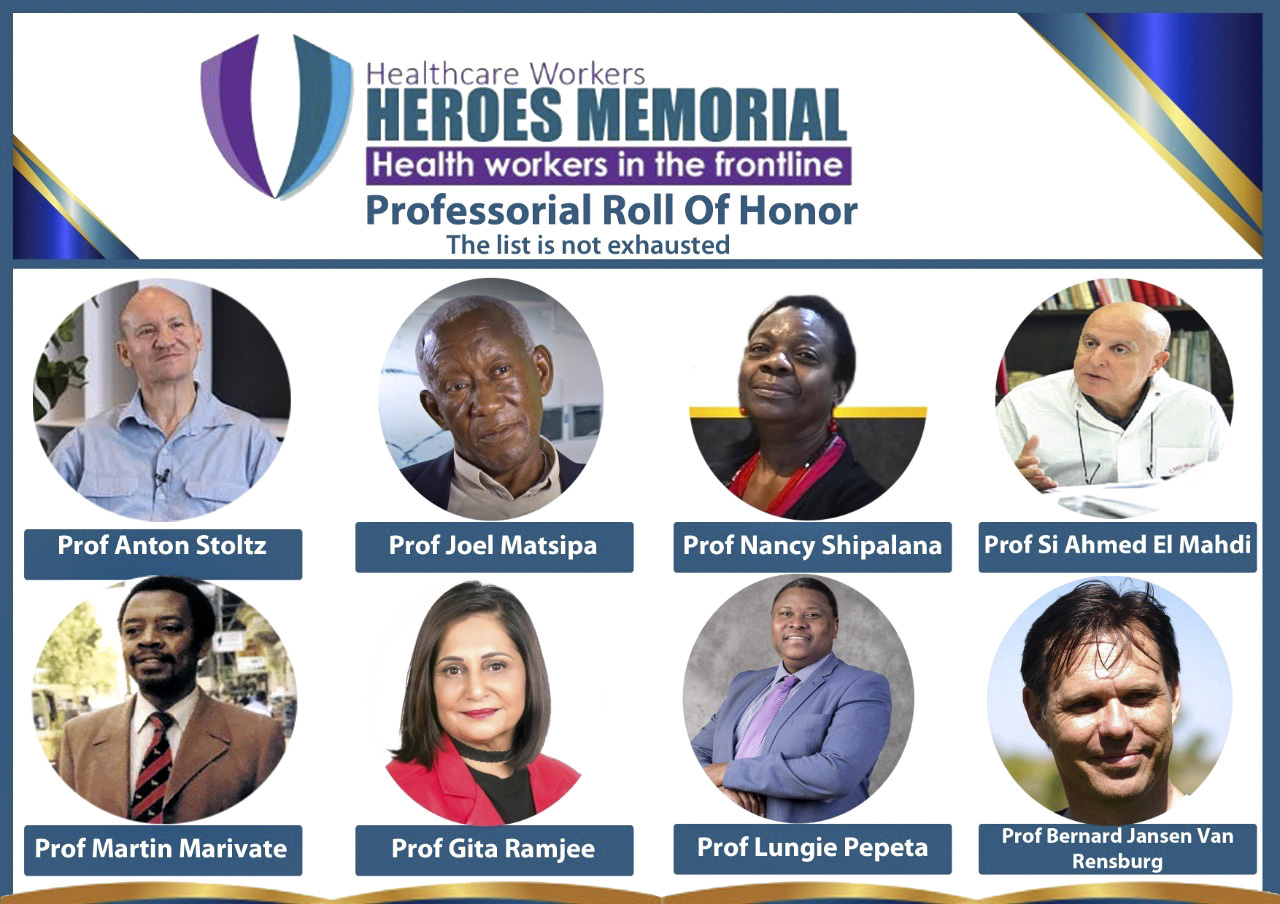 The loss of so many doctors and nurses – the number has still not been calculated for Africa, although in SA alone Dr Zweli Mkhize reported 181 deaths – has huge implications for future healthcare in Africa.

As names gave way to photographs, the human dimension brought tears to my eyes and I’m sure to many others. People smiling, people graduating, people with dignity and purpose. People dedicated to health and saving lives who, at the time the photos were taken, could not have imagined that they themselves might be the victims of a pandemic. 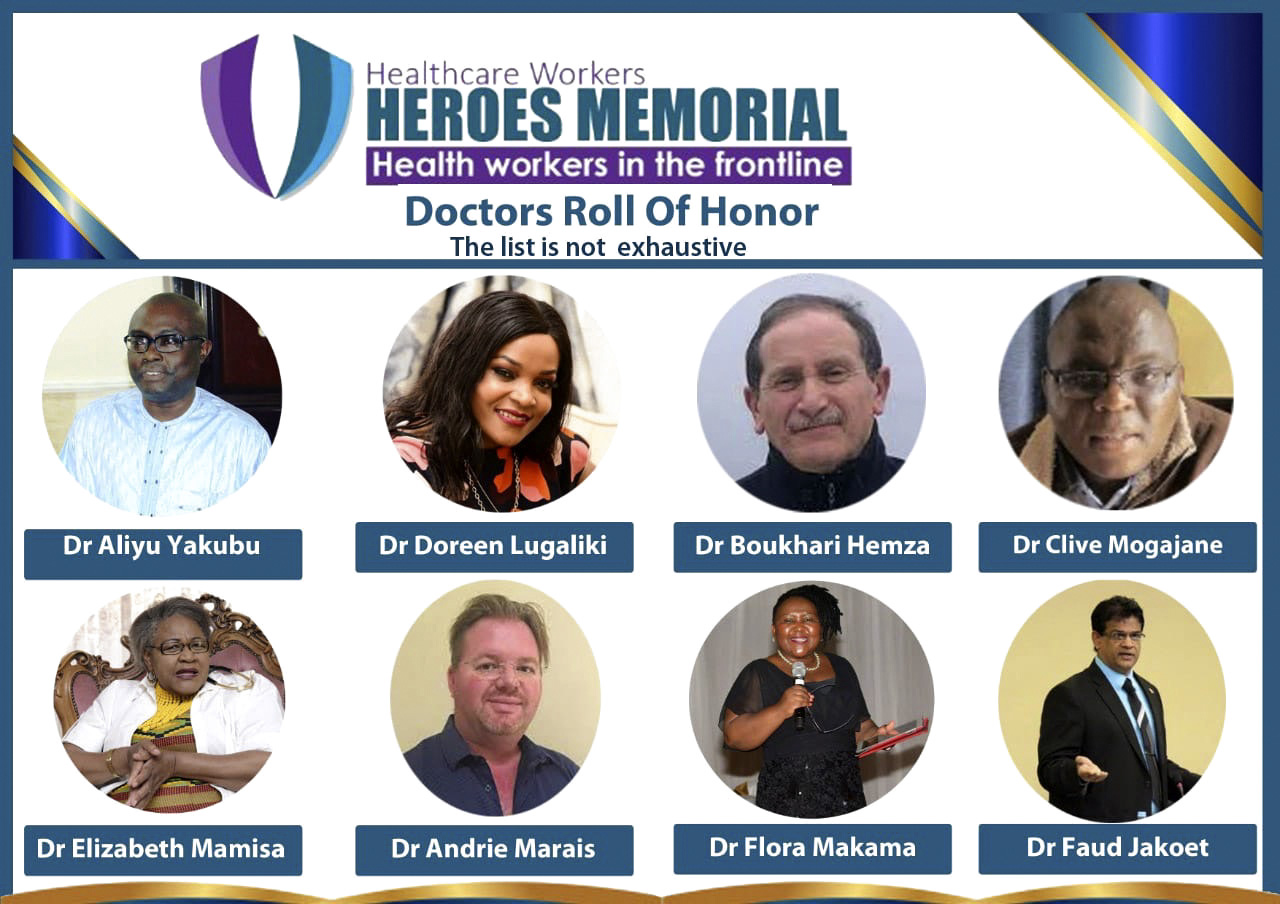 However, although the memorial has been catalysed by the high number of health workers who have died because of the virus, SARS-CoV-2 does not get the honour of defining its membership.

In the words of Dr Maggie Mojapelo, the doctor who initiated the memorial, it is a “long overdue” recognition of all healthcare workers who die in the line of duty, be it from Covid-19, Multi-Drug Resistant (MDR) Tuberculosis (TB) or mental illness, something many health workers develop as a result of the stressful conditions they work under.

“After seeing all the pain, it just said to me we cannot go on as usual,” she says. She mentions, as a precedent, a memorial she created in Thokoza to remember the victims of the politically motivated violence that ravaged the area in the early 1990s.

“I did the same thing in the East Rand with Thokoza Monument, at the time when there was hopelessness, death and destruction… My practice was situated in the middle of Khumalo Street, a no-go area at the time, and it became the casualty treatment centre as the ambulance could not get in.”

Sadly, the roll of honour is far from complete. Within hours of yesterday’s launch, the names of three more doctors who had died came in.

Mojapelo explained that her team had created the list from many sources. They drew upon a sad WhatsApp grapevine that carries news of each new death, but there were also newspaper reports and word-of-mouth networks that revealed names.

This makes it a dynamic and developing memorial: names will be added as they come to light and Mojapelo appeals in particular for names of nurses and ancillary workers whose deaths often get less attention than those of prominent doctors.

It is also a memorial for and of our times…

It seeks to be inclusive and to flatten hierarchies so it will accord the clinic cleaner, security guard or driver (those are often most exposed and least protected from infectious disease) the same honour as the specialist surgeon or medical doctor. Class or qualification are not criteria for inclusion.

We are the world

Then, in another symbolic move that sends an important signal in these xenophobic times, the memorial also includes health workers from other African countries – defying colonially created borders and ethnic division – recognising that healthcare workers across the continent work under the same difficult conditions, often in health systems that are under-resourced and with populations that bear the same diseases of poverty and inequality.

It was in this spirit of solidarity that a second video (watch it here), as moving as the first, conveyed short messages from healthcare workers in Eswatini, Lesotho, Nigeria, Tanzania, Egypt and Ghana – each one resonant with the quiet dignity and determination of those whose mission it is to save lives.

In keeping with the memorial’s pan-Africanism, the “unveiling” was led by Dr Matshidiso Moeti, regional director of the World Health Organisation, who acknowledged her own debt, saying:

“I’ve seen HCWs across Africa working in the most deprived conditions, but still showing love, comfort and sacrifice. That is why they deserve investment in their safety and conditions, and to not have their lives placed at risk.

“We need to make the health workplace fair and safe,” said Moeti.

As far as Mojapelo is concerned, the aim of the memorial is not just to preserve the memory of those who have passed on, but it’s also about advocacy for healthcare workers who still serve in our health facilities. It’s about support for the families of those who have died.

“We need to look at proactive interventions that minimise risk in the health workplace.”

Specifically, she talks about the need to “research reasons for the suicide rate among health professionals” and why rising stars like Prof Bongani Mayosi take their own lives.

When it comes to families, she records names like Sister Nombimbi Elizah Kosie, who died on 26 July after working for three decades at Thelle Mogoerane hospital in Gauteng.

Mojapelo laments that, “when the bells and church services are over, the reality dawns on the families. The deceased are often breadwinners, sometimes they leave behind young children. After-care is important, but there’s no strong support system”.

This puts the ball back in the court of users of the health system. The purpose of memorials and memory is to instigate action and change to help heal the present.

These sacrifices will be in vain if those of us who remain behind do not show support to healthcare workers, even if it is, in the words of one doctor, “just help with the shopping”. DM/MC