Local disaster will be declared after devastating shack blaze in Masiphumelele 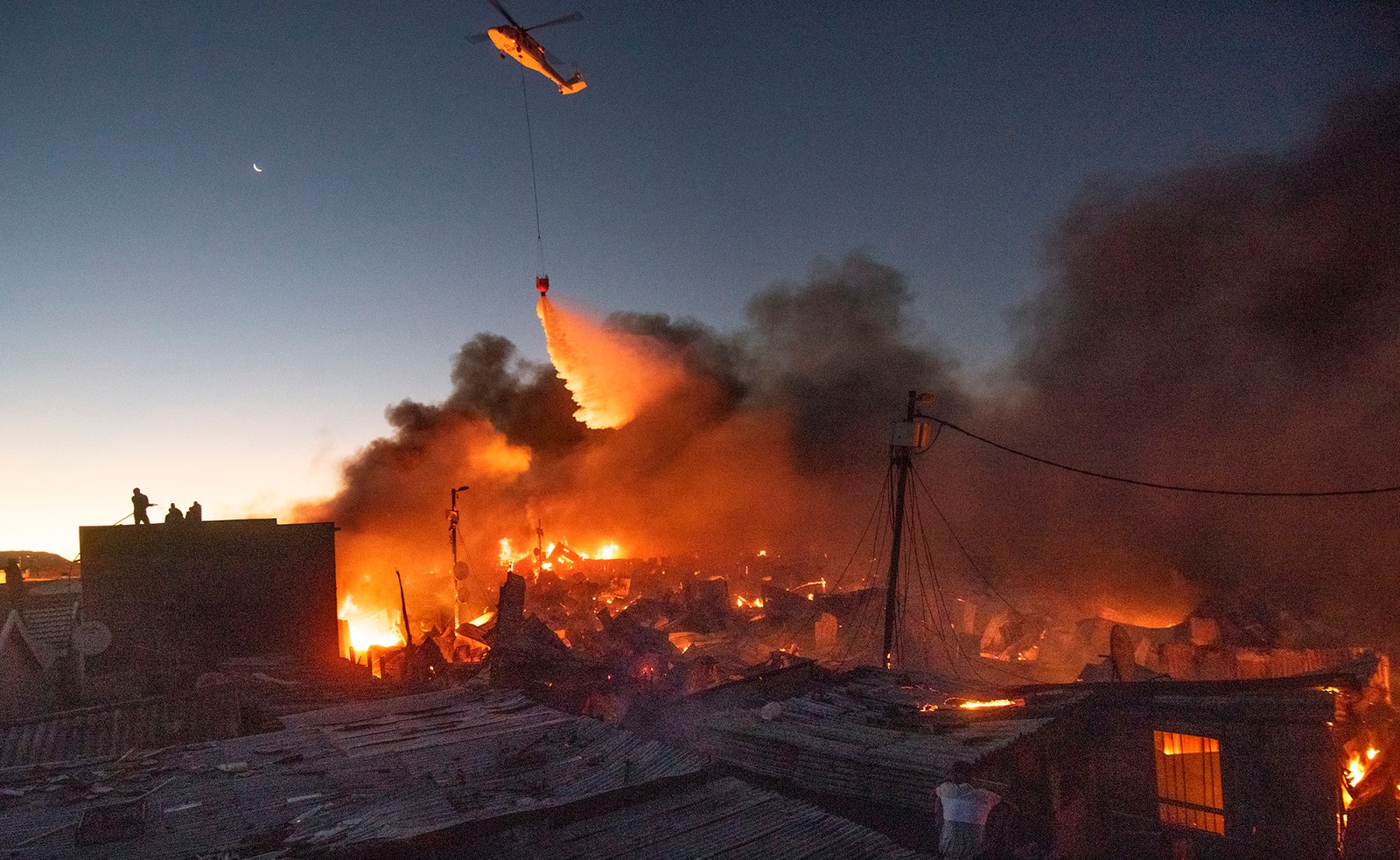 It is estimated that more than 500 homes were destroyed by fire and fueled by strong winds in Masiphumelele on December 17, 2020 in Cape Town, South Africa. Helicopters and fire engines were deployed to help quell the raging fires and the cause of the fire is not yet known. (Photo by Gallo Images/Brenton Geach)

On Thursday, Cape Town’s Fire and Rescue Service spent hours trying to put out a fire in Masiphumelele, in the south of Cape Town. An initial count indicated that about 1,000 dwellings had been affected by the fire, and Living Hope is appealing for donations to help those affected.

“The crew from Kommetjie Road quickly responded to the fire in Masemola Street, which was being fanned by strong winds and spreading at an alarming rate,” said Carelse.

“Additional resources were called in … and 40 staff are now on the scene, as are police, who were called to control an unruly crowd who were interfering in the firefighters’ efforts to contain the blaze,” said Carelse.

A helicopter was also brought in to assist with the fire, said Carelse.

The City of Cape Town, in a statement released at 10pm, said their initial counts indicated that about 1,000 dwellings had been affected by the fire.

“Emergency services are battling to bring the fire under control primarily due to the gale-force winds. Once the fire has been brought under control, the city will start to conduct a verification process of the affected residents; the city’s Solid Waste Management Department will clear the debris; sites will be demarcated and affected residents will be issued with a proof-of-residence certificate as proof of their residency in future when they rebuild or are issued with emergency kits in accordance with the disaster declaration,” reads the statement.

“We do not yet know how many homes have been lost, but the damage is already devastating. Many people in Masiphumelele are standing on the roofs of their neighbours’ [homes] watching their homes burn,” wrote Living Hope, an NGO that provides community development, social and health programmes in the area, on their Facebook page.

“We are uncertain at this time if the city will be able to provide basic housing starter kits such as poles or zinc sheets, so Living Hope will be undertaking to provide as much as we possibly can to assist,” wrote Living Hope on their Facebook page.

The city’s statement said that, “Due to national government budget cuts, the city is no longer able to offer the extra service of providing fire and flood kits to residents outside of declared disasters. For more than a decade, the city delivered a unique service by issuing emergency fire building kits to residents as soon as they had been affected by a fire.”

The statement said that Cape Town Mayor Dan Plato, “indicated that he will declare a local disaster within the next 72 hours and the Western Cape Government has been engaged already for an emergency gazetting of the local disaster, which is expected by next week”.

Once the local disaster has been declared, funds for the emergency relief material will be accessible. The city will do its best to expedite the process.

For donations of money to Living Hope’s Disaster Relief account: