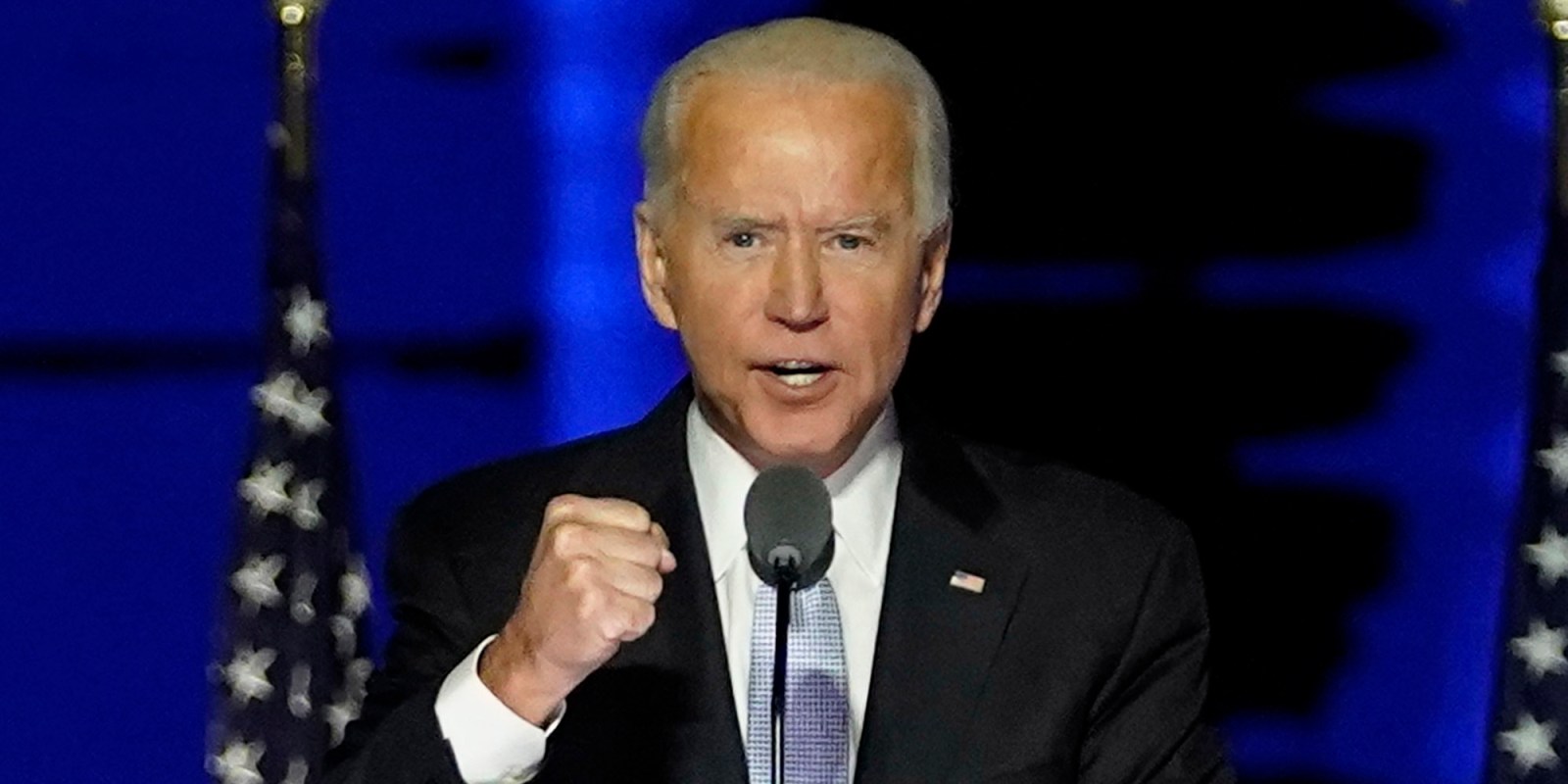 Monday morning saw the first Covid-19 vaccine doses delivered across the US and in the afternoon the Electoral College vote confirmed Biden as the winner of the 2020 election. Following the result, the President-elect told America, “democracy prevailed.”

Biden passed 270 votes with California casting its 55 votes for him at just after 5pm Eastern Standard Time (EST) on Monday 14 December. This put the Democrat challenger firmly over the 270 margin needed to win the election.

Americans had a big Monday, with the first vaccines being delivered to 145 sites around the country and the confirmation of President-elect Joseph Biden’s election victory by the US Electoral College.

See CNN’s easy guide to what the Electoral College is and how it works, here: electoral college vote step-by-step guide.

Despite expectations of mass protests by supporters of President Donald Trump at statehouses, the vote passed peacefully with police outnumbering protestors in those states where they did make a showing.

Voting started at 10am and went off without a hitch. Trump’s fight to overturn results in the states of Georgia, Nevada, Pennsylvania, Arizona, Michigan and Wisconsin were all for naught, as they all cast their electoral votes for Biden.

The next step of the process is sending the votes to Congress to be counted next month. After the vote, Senate Republican leaders acknowledged Biden as President-elect, with Senate Majority Whip John Thune saying; “Once the Electoral College settles the issue today, it’s time for everyone to move on.”

Trump for most of the day seemed to be ignoring the voting, taking to Twitter in the morning to erroneously congratulate the US and the world on “First Vaccine Administered…”

The tweet was met with a barrage of responses referring the president to the fact that the UK and other countries had already started administering Covid-19 vaccines.

Minutes after the Electoral College result confirming a Biden victory, Trump tweeted that Attorney General William Barr was resigning: “Bill will be leaving just before the Christmas to spend the holidays with his family…”

Just had a very nice meeting with Attorney General Bill Barr at the White House. Our relationship has been a very good one, he has done an outstanding job! As per letter, Bill will be leaving just before Christmas to spend the holidays with his family…

Trump was not happy with Barr who at the start of this month said that the Justice Department had found no evidence of voter fraud. Barr told media that “to date, we have not seen fraud on a scale that could have effected a different outcome…”

President-elect Biden, speaking after the announcement of the Electoral College vote, said: In America, when questions are raised about the legitimacy of any election, those questions are resolved through the legal processes. And that’s precisely what happened here.”

Biden’s measured demeanor made his stinging rebuke of Trump’s many failed legal challenges land all the harder:

“A few states went for recounts, all the counts were confirmed. The results in Georgia were counted three times — didn’t change the outcome. The recount conducted in Wisconsin actually saw our margin grow… The courts sent a clear signal to President Trump that they would be no part of an unprecedented assault on our democracy.”

Biden said respecting the will of the people is at the heart of American democracy and repeated his campaign message that he would be a president “for all Americans. I will work just as hard for those of you who didn’t vote for me, as I will for those who did. There is urgent work ahead of us…”

Biden said urgency and hard work was required to ensure the vaccine reached all Americans and to temper the hardships faced by people in need of financial relief.

He also highlighted the fact that the US on Monday passed 300 000 Covid-19 deaths:

“I know the task before us won’t be easy… today our nation passed a grim milestone, 300 000 deaths due to this Covid virus. My heart goes out to each of you in this dark winter of the pandemic… My heart goes out to all of you who have fallen on hard times through no fault of your own… I know we will get through this one, but together.”

President Donald Trump is expected to exit the White House and hand over to President-elect Joe Biden on 20 January 2021. DM

An Wentzel is Night Editor, specialist reporter for Daily Maverick, she went to the US to visit family as the pandemic struck and is currently marooned in the land of the ‘free’.