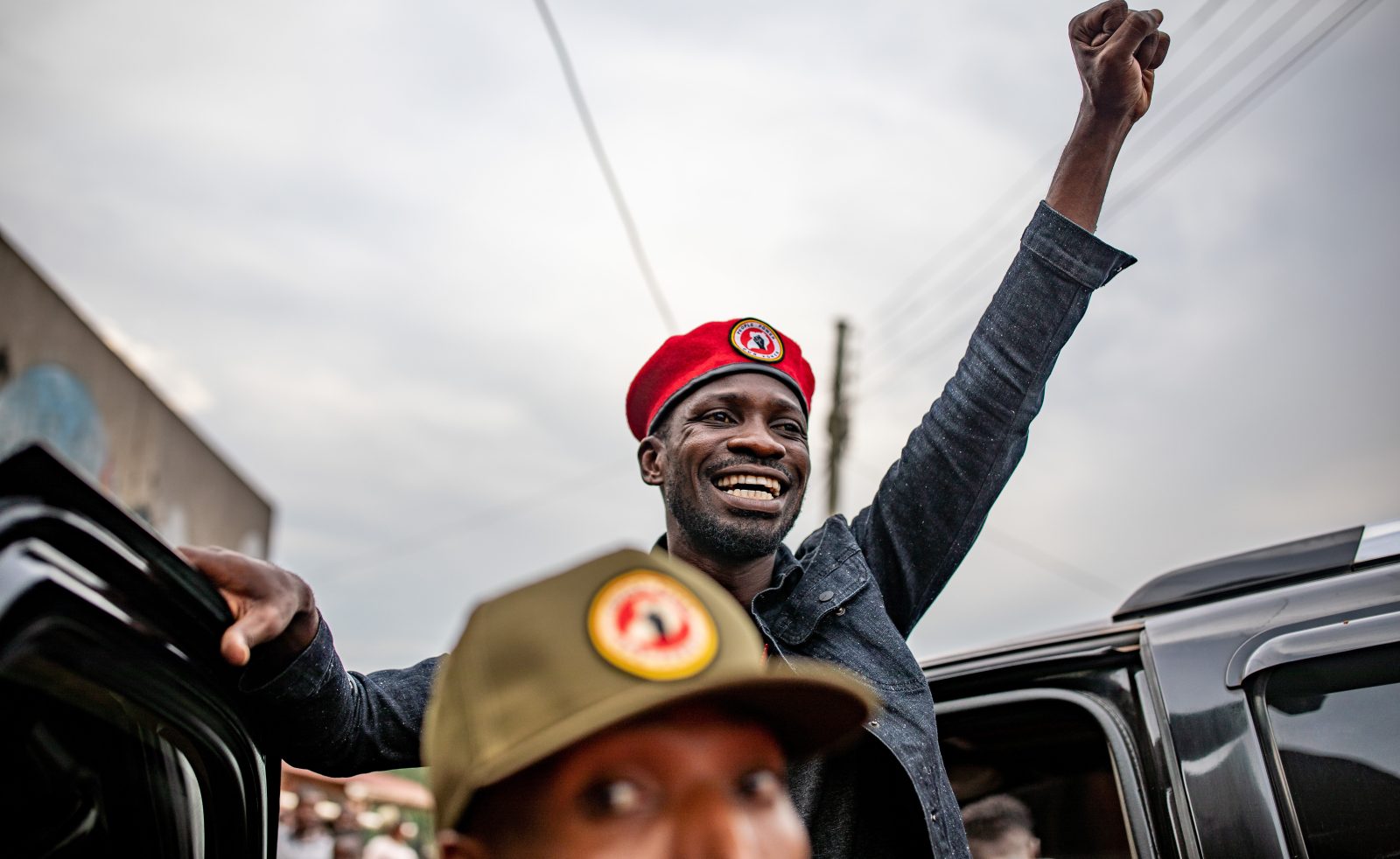 Uganda’s president is growing desperate as a young singer jeopardises his long grip on power.

When he took office in 1986, President Yoweri Museveni said Africa’s problem was leaders who cling to power. Prophetic, ironic words as it turns out. The man who helped save Uganda from the horrors and embarrassments of Apollo Milton Obote and Idi Amin – and then set his country on the path to normality – is now, sadly, coming to resemble the evil he replaced.

Clinging to power by hook or by crook, Museveni is increasingly resorting to brute force. Once hailed in the West, he is beginning to destabilise the country and tarnish its regional and international reputation.

Museveni, 76, has twice amended the constitution to stay in power. In 2005 he scrapped the two-term presidential limit and in 2018 he removed the 75-year age limit for presidential candidates. That has enabled him to run for a sixth term in the 14 January 2021 elections which would probably extend his hold on power until 2026.

The campaign for the presidential and parliamentary elections has become increasingly violent. Museveni and his National Resistance Movement (NRM) are harshly confronting what is shaping up to become the greatest threat to their power yet. That is, a social media-driven, rolling youth protest led by member of parliament and singer Robert Kyagulanyi Ssentamu (Bobi Wine), 38, and his People Power Movement, with its party political wing, the National Unity Platform.

For the past two years, Wine has been the target of relentless government harassment and persecution. He has been arrested several times and has alleged assault and torture, which in 2018 reportedly nearly killed him.

Over 50 people have been killed during the election campaign, mostly hit by live bullets fired by security forces who no longer bother to pretend that they are not shooting to kill. Security Minister General Elly Tumwine has been widely reported as warning that “the police have the right to shoot and kill citizens if they go beyond a certain level of decency.” Indecency, apparently, has become a capital offence.

Analysts believe Museveni has now resorted to naked violence because he has run out of more subtle options to stop Wine, who is attracting large crowds to his rallies.

The European Union refused to send observers to the polls, fearing this would legitimise them. It complained that Museveni’s government had failed to implement any of the 30 recommendations it offered to correct the flaws it identified in the 2016 elections. These included legal reforms, equitable media access, public participation in selecting Electoral Commission commissioners, and making the commission independent from executive control.

So the political playing field for 14 January is tilted against Wine and other opposition candidates. Perhaps he could lose even a fair fight as he and Kizza Besigye, a veteran of four failed attempts to unseat Museveni via the ballot, have been unable to form a unified opposition coalition. Kizza Besigye seems too jealous of his hard-won reputation as the chief opposition challenger to throw his weight behind Wine, even though the latter has a better chance this time.

But Museveni is clearly taking no chances. He’s well aware that the younger generation is not as deferential as their parents are to the NRM’s claims to legitimacy owing to its armed struggle, says the Africa Center for Strategic Studies. The Pentagon think tank says this is clear by the lengths Museveni has gone to, to suppress Wine and his party.

For several southern African countries, Uganda today presents an all-too-familiar picture. Many in that region are also burdened by the deadweight of entitled former liberation movements that justify their hold on power by little more than their tattered liberation credentials.

Zimbabweans would surely hear an ominous echo in Armoured Warfare School Commandant Brigadier General Deus Mande’s warning last year that the Uganda People’s Defence Force would never allow Wine to be its commander in chief. Other senior officers and officials have said much the same.

Another echo of Zimbabwe – and some other African countries – is that the judiciary is also almost completely partisan. No judge has dared overturn any of Museveni’s dubious measures to subvert the constitution to cling to power.

A former senior Ugandan official, however, defends Museveni. He says Wine’s generation fails to appreciate what he has done for the country as they didn’t experience the turbulent pre-Museveni Uganda. “Largely due to the successful universal education under Museveni, millions of young people have gotten education with high expectations but unemployment remains high, made worse by Covid. Bobi Wine hopes to ride on these issues by promising to create jobs for the youth.”

He justifies the security crackdown on Wine’s protests by saying they’re violating Covid-19 regulations, which allow maximum gatherings of only 200 people. Perhaps this is the indulgent regional view too, as no outside rescue seems to be at hand. Like the late Robert Mugabe, Museveni is apparently now a respected and seemingly untouchable elder statesman.

When this writer interviewed him in 1997, he dismissed the Organisation of African Unity (OAU) as a “trade union of criminals.” He was referring not only to the domestic crimes of many of its members, but also the way the organisation closed ranks against anyone who threatened the hold on power of any member of the exclusive club.

Museveni recalled bitterly how the OAU had refused to help him when he was in exile fighting Amin and Obote. And how OAU member states mostly refused to grant him refuge. And now, in another ironic echo of those early days, the African Union (AU) – successor to the OAU – has remained silent about Uganda’s slide into unapologetic state violence and growing instability. DM